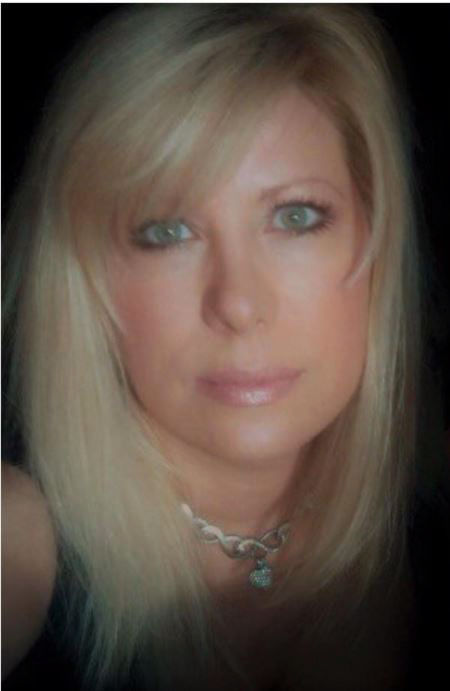 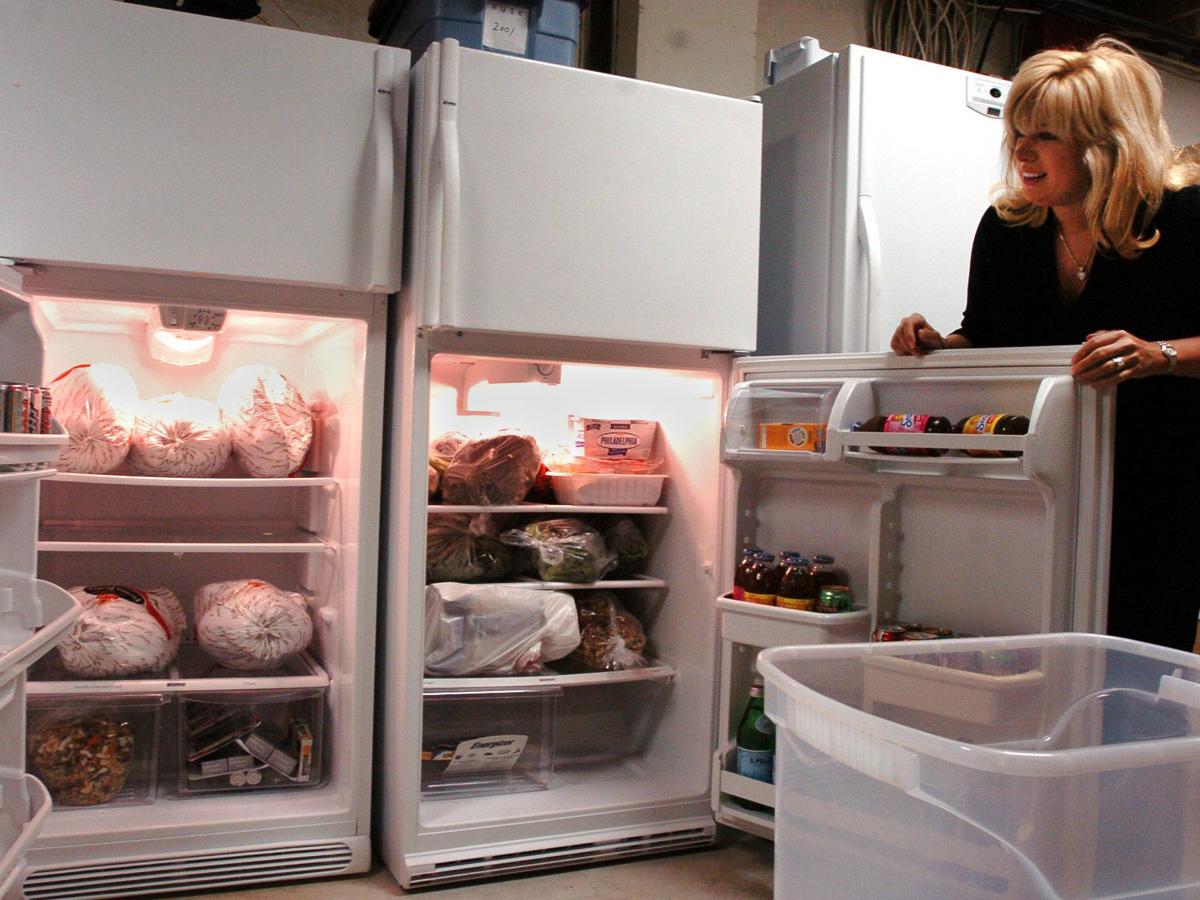 April Kauffman, of Linwood, looks into two of her five refrigerators in November 2004, filled with food for her Thanksgiving feast, where she would feed 70 people, six of them Coast Guard Cadets. Ferdinand ‘Freddy’ Augello is charged in Kauffman’s 2012 slaying.

It is easy to overlook that April did not always live in a spacious Linwood home, drive a cherry red Corvette or ride a black Harley Davidson. That growing up, her name was April Fovozzo, of Absecon, raised by her grandmother, according to Dawn Coyle, a childhood friend.

In the five years since April Kauffman was found shot to death in her home, she has been described as dynamic, a wife, veterans advocate, radio host, patriot and victim. James Kauffman was charged with masterminding her murder.

A collection of front pages from the April Kauffman story

Kauffman in court on weapons charges

The oldest of five children, April was the only one her mother did not put into the foster care system. In 1973, at age 9, she watched a social worker in an avocado green car take her siblings away from her Absecon home.

She spent years trying to locate her sister Debbie and three brothers — Richard, Roger and Edward — finally finding them in New Jersey, California and West Virginia. It took 23 years, but the five were reunited in 1996, she told The Press of Atlantic City that year.

Friends of April say the story personifies April and her tenacity.

She attended Holy Spirit High School, married young and had her daughter, Kim, before turning 20.  She trained as a hair stylist, opened Miss Aprils Hair Salon on New Road in Linwood. There was a second marriage and divorce and finally her third marriage, to James Kauffman in 2000.

A passionate businesswoman, she also expanded her business holdings and opened Cherry Cafe and Catering in Northfield in 2010.

But what friends remember most is her passion for causes.

“April was a boots on the ground kind of patriot,” said her friend Donna Clementoni, of Washington Township. “9/11 was her call to arms. It is where her mission in life to help veterans became clear. It truly was her passion and she was driven.”

It was a passion she took to the radio, first with Barry Levine and later on "The King Arthur Show," where she fought for better health care for veterans.

“She was the blonde bombshell

of the airwaves,” said Gropper. “And she was never shy about sharing her opinions.”

But there was a softer side too: When a woman called the show and said she had not eaten in two days and the cupboards were empty, April rushed to help as soon as the show ended.

“April ran to the grocery story to buy several hundred dollars of food and delivered it to the woman’s home. She just had a real desire to help people and never wanted accolades,” said Gropper.

Bob Frolow, Atlantic County director of veterans services, said he had been working with April for about seven or eight years.

“She always just got it done,” said Frolow. “The veterans really lost in the battle when she passed; no one else has the power to get things done like she did.”

“They told me there was this crazy blonde who wanted to help raise money for the veterans' causes,” Smigliani said. “She was a crazy blonde, but she was so sincere and her heart was always in the right place — sometimes I would just have to guide her in.”

Mike Merlino, owner of Atlantic Accounting and the president of the American Legion Riders and host of a Saturday morning radio show called "Veterans Matters," said when he brought April on the air, “I had no idea what we were going to talk about.”

It didn’t matter, he said, because she knew.

“Her personality just took over.”

She had other interests. One was renovating a home in Tucson, Arizona, that daughter Kim Pack said was meant for retirement.

But even 2,000 miles away April, was trying to get involved in the veterans community, said Kelly Clarke, a friend and salon owner in Tucson.

Clarke and April would ride their motorcycles together when April was in the area.

“We had a lot in common: same age, both hairdressers, both have one daughter and enjoyed riding motorcycles,” said Clarke.

One of April Kauffman’s proudest moments was when she received the New Jersey Governor's Jefferson Award for Public Service for her volunteer efforts from then-Gov. Chris Christie.

“We rode up together in the car, April, Jim and I," said Clementoni. "She was so energized. She had so many plans to help veterans statewide that would never be put into action."

A day later, she was on the radio with Gropper when a thought occurred to her.

“If I were to be taken away tomorrow, I know I have done a good job and raised a good daughter,” she said.

Did she have a premonition that something was going to happen?

Gropper didn’t think about it at the time, but said in hindsight, it really is chilling.

WATCH: A documentary of the story behind April Kauffman

The Press of Atlantic City has created and published a new documentary on April Kauffman, a former Linwood resident who was murdered after her…

OCEAN CITY — Erik Estrada will trade his motorcycle seat for a seat of honor April 14 as grand marshal of the annual madcap Doo Dah Parade.

ATLANTIC CITY — A city woman was arrested Monday after she was found inside a vehicle she was burglarizing, police said.

A suicide note left by James Kauffman in his cell at the Hudson County jail was addressed to his wife, Carol Weintraub, and attorneys, but is …

Augello indicted in April Kauffman's death, 6 others on related charges

The death of James Kauffman in his jail cell is one of several high-profile suicides that have taken place while the person was incarcerated, …

James Kauffman, who is charged in his wife April's 2012 murder, died Friday in jail in an apparent suicide, officials said.

April Kauffman, of Linwood, looks into two of her five refrigerators in November 2004, filled with food for her Thanksgiving feast, where she would feed 70 people, six of them Coast Guard Cadets. Ferdinand ‘Freddy’ Augello is charged in Kauffman’s 2012 slaying.