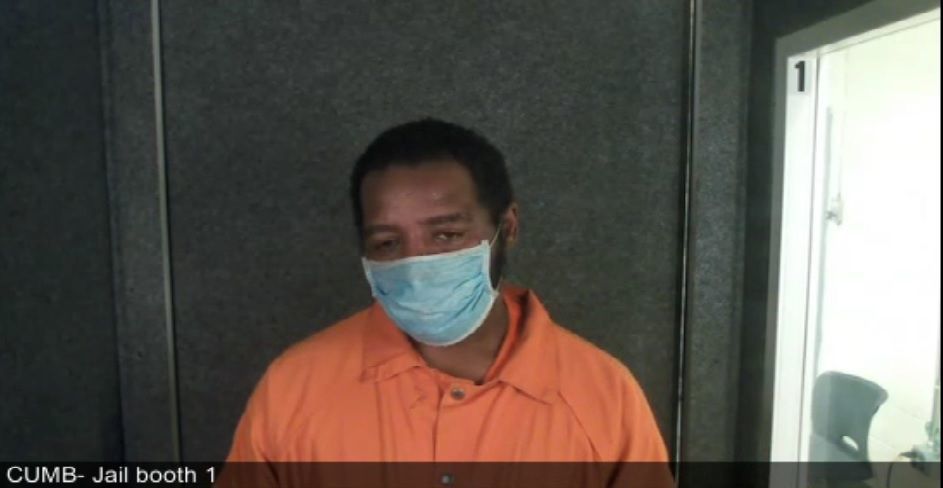 Patrick Spann, 39, who has been charged with murder in the May 21 killing of Tracy L. Dubois, of Rogers Avenue, appeared virtually for a detention hearing before Cumberland County Superior Court Judge William F. Ziegler.

BRIDGETON — A city man charged with killing 37-year-old Tracy L. Dubois last month before dragging her body to the Cohansey River has been ordered detained until trial.

Patrick Spann, 39, who is charged with murder in the May 21 killing of Dubois, of Rogers Avenue, appeared virtually for a detention hearing before Cumberland County Superior Court Judge William F. Ziegler on Tuesday afternoon.

“If the state is correct and if these charges are founded, he is a danger to virtually any woman with whom he is in a relationship or in an ex-relationship,” Ziegler said. “This did not end well. This is not just a sad ending to a toxic relationship. This is a tragic death that didn’t need to occur.”

BRIDGETON — After getting into an argument last week, a city man punched and choked a woman …

Spann, whose last known address is on Bank Street, has also been charged with desecration of human remains, tampering with physical evidence and theft of Dubois’ prescription drugs.

He had a prior relationship with Dubois and was already released from jail on Level II monitoring after he was charged with simple assault against her, Ziegler said.

The Prosecutor’s Office had filed a motion to detain Spann in April after he was arrested on the simple assault charge, but it was denied by Judge Joseph M. Chiarello and he was released.

“The two conditions of his monitoring that were of paramount importance to the court that released him were that he not have contact with the victim, who is now dead, and that he not consume drugs or alcohol,” he said. “Seemingly, the state has proven, at least provided probable cause, that he violated both those conditions of his prior pretrial release.”

Assistant Prosecutor Lesley Snock successfully argued for Spann to be detained, recounting how investigators found bloody drag marks from the interior of an abandoned building in the 100 block of Grove Street that used to be a chicken factory, then to a wooded area and finally to the river, where they found Dubois’ naked body.

Spann also was found with blood on his fingertips, hair and ear and had swollen knuckles, as well as cuts and abrasions on his hands, Snock said. He also had a backpack with him, in which investigators found Dubois’ prescription drugs, wallet, credit cards and cellphone.

Spann told police he was drinking and Dubois was using drugs when she began to “taunt him” about contacting other men before they began to argue, Snock said.

Public Defender Dinaz Akhtar, who represents Spann, argued it was not intentional murder.

“I believe he even said he didn’t mean to do this,” Akhtar said. “So, judge, it’s obviously become physical. I’m not disrespecting the victim, obviously judge, but it’s my understanding that the decedent was the first to lunge at him.”

Akhtar said Spann, if released, could live with a city woman with whom he had an off-and-on relationship for the past five years.

“I know for sure that he’s not going to be a danger to the community,” she said. “This was just one bad incident, alleged incident, from one toxic relationship.”

However, even though Spann told police he “blacked out” during the fight, “he was able to give specific information to investigators about exactly what it was that he did in the assault that ultimately led to the victim’s demise,” Snock said. “And this is all consistent with preliminary, I suppose, examination of the victim’s body, whereby the victim’s face was rather severely beaten and there did appear to be signs of strangulation.”

The building is used to “hang out, to drink alcohol, to use drugs in some circumstances” and it also is “where homeless people may squat from time to time,” Snock said, adding that inside what would have been an office if the building were operational, police found “a large amount of blood in that area, as well as some blood spatter.”

While officials are waiting on lab tests to confirm that the blood found in the building belongs to Dubois to confirm where the homicide occurred, a statement from Spann said it was, Snock said.

“My biggest concern is the danger that this defendant would pose to the public, and I don’t believe there’s any level of out-of-jail supervision that would leave me at a comfort level where I didn’t have concerns that he would re-offend,” Snock said.

The hearing had been delayed twice. It was originally slated for May 28 but was postponed after the state was granted a three-day continuance. Then, Spann was scheduled to appear last Thursday, but the defense was granted a five-day postponement, court records show.

A pre-indictment conference is scheduled for July 9, also before Ziegler.

CAPE MAY — Police are investigating after a driver was arrested for allegedly speeding over 100 mph Sunday morning on Sunset Boulevard.

PLEASANTVILLE — Police are investigating after a Tuesday night shooting at the Pleasantville Shopping Center.

MAYS LANDING — A Pleasantville woman was charged Wednesday with aggravated manslaughter in a 2018 fatal car crash in Absecon.

ATLANTIC CITY — Cu’raan Samir Williams was a fun-loving, kind-hearted teenager who had a lot of friends and wanted to be a mechanic.

Building a strong, positive relationship between law enforcement and youth has always been important, but now that relationship is taking on g…

BRIDGETON — Police are investigating a Thursday afternoon gunfight on Cohansey Street. At 3:55 p.m., officers responded to the 200 block of th…

BRIDGETON — The detention hearing for a city man charged with killing 37-year-old Tracy L. Dubois before dragging her body to the Cohansey Riv…

MAYS LANDING — A Pleasantville woman and a Newark man were arrested Tuesday in the fatal shooting of a 17-year-old in Atlantic City, the Atlan…

ATLANTIC CITY — A city man was arrested early Tuesday after he allegedly used a drill to remove boards from a shoe store on Atlantic Avenue.

Patrick Spann, 39, who has been charged with murder in the May 21 killing of Tracy L. Dubois, of Rogers Avenue, appeared virtually for a detention hearing before Cumberland County Superior Court Judge William F. Ziegler.