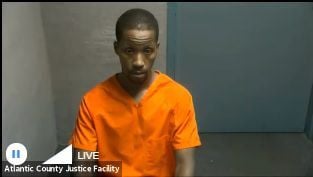 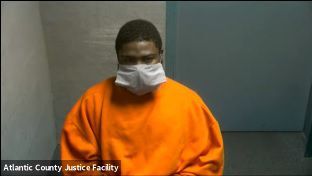 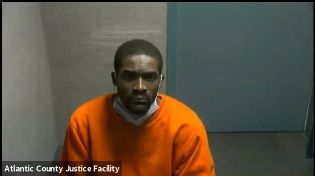 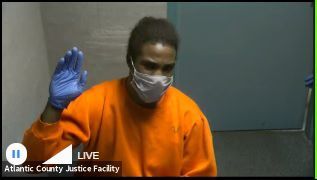 Deputy Attorney General Jennifer Fipp successfully argued for all the men to be detained, even as defense attorneys questioned the reliability of witnesses who admitted they were intoxicated at the time of the early morning July 20 incident, and contended at least two of the men were victims as well, with one punched and another stabbed.

Fipp asserted the men would be a danger to the community, a flight risk and could undermine the court process if released.

“This involved two groups who did not know each other until that evening, it appears,” Fipp said during Cummings’ hearing. “And whatever the dispute was — whether it was over girls, or whatever the dispute was — it escalated so much that knives were used and Mr. Cummings stabbed another individual. So it’s an extreme escalation from something that could have just been a verbal dispute but ended up with multiple people injured, and Mr. Cummings was observed with the knife.”

Laney and Walker were both charged with robbery.

Fipp contends a large fight, which she referred to several times as a melee, broke out on the casino floor, as well as a stabbing in a nearby bathroom, just before 3 a.m. Three men, including McNeil, were left with stab wounds, while another victim was robbed of a cellphone, identification and about $218 dollars.

Then, while parked at AtlantiCare Regional Medical Center, City Campus, prosecutors allege, Cummings threw two knives, as well as vials of suspected crack cocaine, from the car all four men were in. Police also found blood and the victim’s bank card, among other evidence.

The four defense attorneys painted a very different picture from the state’s arguments.

Nicole Wise, who represents McNeil, argued he was also a victim — as he also sustained a stab wound — and that he was “fearing for his own life in that bathroom” after he heard people say they intended to kill someone that night.

She also asserted the victim admitted he was “drunk like a skunk” during the incident.

“So, ultimately, we have some sort of scuffle in a bathroom, and I think we’re going to have to get down to some serious issues as to credibility and who it is that ultimately was the aggressor here, who was defending himself,” Wise said.

Michael Schreiber, Laney’s attorney, said Laney was punched in the face on the casino floor and dropped his cellphone. When Laney was seen on surveillance footage following the state’s victim, it was to get the phone back, Schreiber argued.

“You can see that the contact between my client and the alleged victim — there’s no force used whatsoever, and it takes place in a matter of seconds,” Schreiber said. “So my client says it wasn’t a robbery, it wasn’t even a theft. ... My client says he was just asking for his cellphone back.”

The state “does not believe whatsoever that the robbery victim took the phone,” Fipp countered, asserting force was used.

Similarly, Walker’s attorney, Joseph Swift, argued that Walker was just helping a friend and wasn’t involved in the stabbing.

“He was a bystander to that,” Swift said. “What happened afterward was not a robbery in the sense that they were trying to steal or hurt anyone. It was something to look at the video footage to see exactly what happened.”

Cummings was wearing totally different clothing than described by a victim to police, said his attorney, Laura C. Sutnick.

MILLVILLE — State Police are investigating the shooting of a 26-year-old man Friday on Route 55.

“So the reason my client’s not on surveillance video stabbing somebody is because he’s not the stabber,” she said, arguing Cummings was holding a knife because he was helping his friend who had just been stabbed. “That’s why the victim contradicts what the police are suggesting happened.”

An attempted murder charge carries a maximum of 20 years in prison upon conviction, while the robbery charge carries a decade, both subject to the No Early Release Act, which mandates a defendant serve 85% of their sentence before eligible for parole.

All four men are in the Atlantic County jail, and their next appearance is scheduled for 9 a.m. Sept. 10 before Judge Rodney Cunningham.

MULLICA TOWNSHIP — A Burlington County man died Sunday afternoon after crashing his motorcycle in the Sweetwater section of the township.

Investigation ongoing into Wildwood police officer's use of force during arrest

WILDWOOD — An investigation into a police officer’s use of force during an arrest this month remains ongoing.

Due to the large public response during its first virtual listening session on the state's police use-of-force policy, the New Jersey attorney…

VINELAND — For the first time in the city’s history, more women than men were sworn in as new recruits to the city’s Police Department on Friday.

ATLANTIC CITY — A city man was arrested on weapon and drug charges early Friday after police got a tip from a city councilman that the man had a gun.

ATLANTIC CITY — Police are investigating a shooting Thursday night in the city.