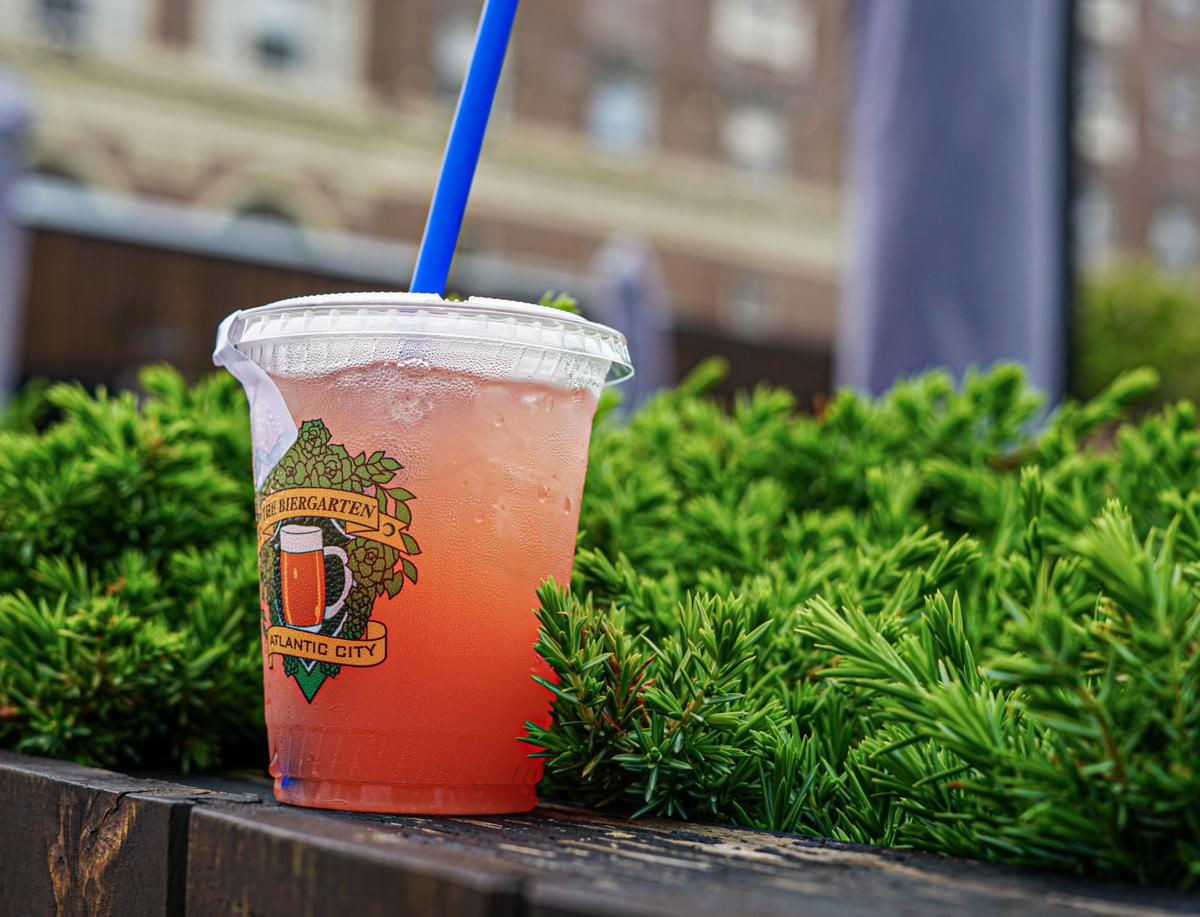 Biergarten cup on Atlantic City boardwalk near Tropicana Friday, May 29, 2020 (Jahleem Montague/ For The Press) 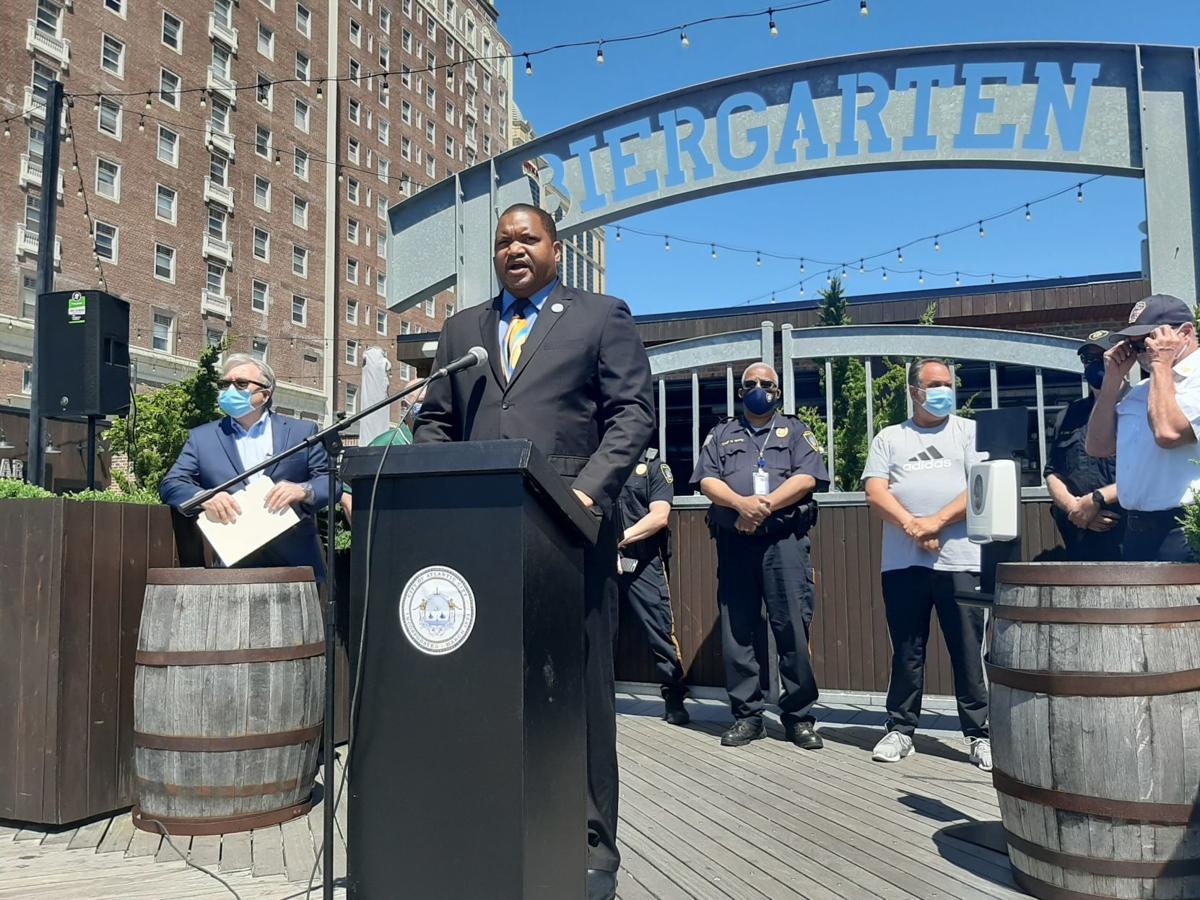 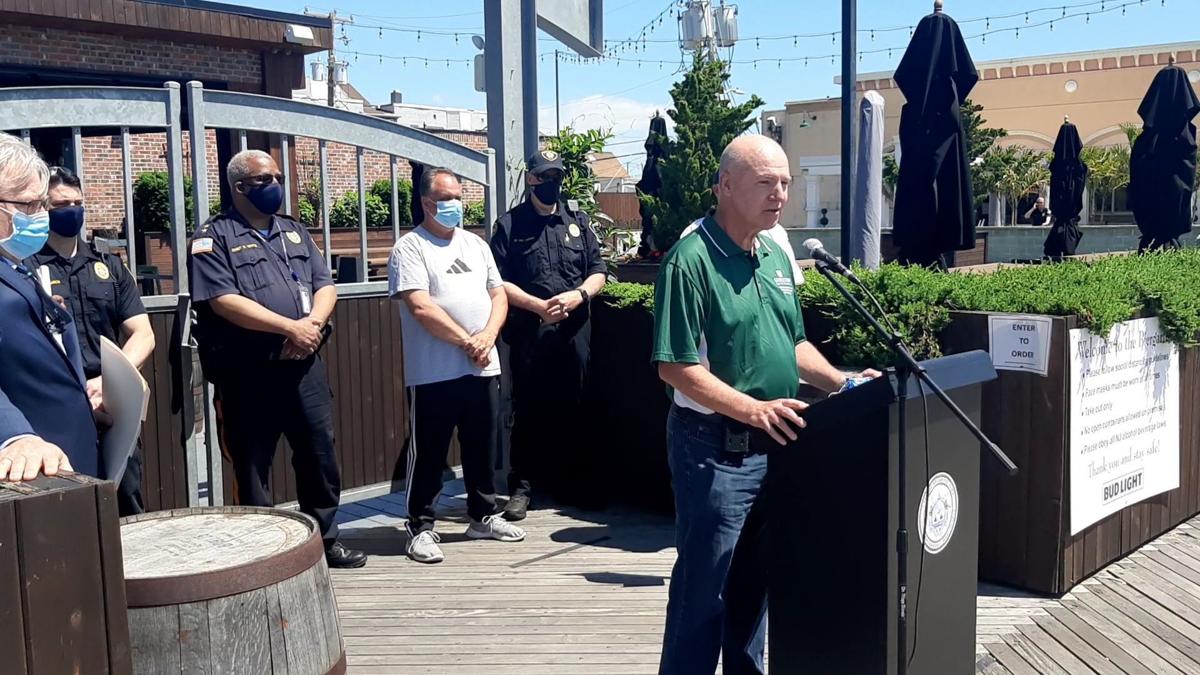 Biergarten cup on Atlantic City boardwalk near Tropicana Friday, May 29, 2020 (Jahleem Montague/ For The Press)

ATLANTIC CITY — Contrary to popular belief, drinking alcoholic beverages on the world’s most famous Boardwalk was not legal — until now.

City officials have campaigned for open alcohol container laws in the past, arguing that doing so would put the city on par with other tourist destinations, such as Key West, Florida and Nashville, Tennessee. Last December, City Council narrowly approved a resolution urging the state Legislature to act on a bill that would permit open alcohol containers in certain areas of the city.

Do you support the idea of open containers on the Atlantic City Boardwalk?

State emergency and public health orders issued by Gov. Phil Murphy in response to the novel coronavirus provided an opportunity for the city to issue the temporary measure, according to officials.

“We want to help out the people that are in business,” Small said Monday, standing in front of The Biergarten Atlantic City on the Boardwalk. “This shows the business community that this administration means business.”

City officials believe the new executive order will provide an additional opportunity for bars and restaurants to capitalize on the phased reopening of the economy, while still allowing for people to practice social distancing during the busy summer months.

“It’s survival mode right now,” Dounoulis said. “But, I think, (open containers) should have been done years ago.”

Atlantic County’s three state representatives — Republican State Sen. Chris Brown and Democratic Assemblymen Vince Mazzeo and John Armato — are prime sponsors in their respective chambers of legislation that would permanently allow open containers in Atlantic City’s Tourism District. The bills have not moved out of committee since being reintroduced earlier this year at the start of the new legislative session.

City officials are hopeful the temporary experiment with open containers is successful and lawmakers in Trenton will pass the legislation.

Thomas Forkin, former Alcohol Beverage Control Board chairman and Republican candidate for mayor, has been pushing for legal open-container laws in Atlantic City for nearly a decade.

On Monday, he said it “was fine” if Small wanted to take credit for it, but Forkin said he still wants the state to act.

Atlantic City’s nine casino properties have been closed since March 16 to mitigate the spread of COVID-19.

The city’s gaming industry has supported efforts to legalize open containers at the state level for several years.

“It’s going to be difficult to get ramped back up again and regain some of the momentum that (the casino industry) had captured for the last few years, and everything we have in our arsenal can help us,” Callender said at the mayor’s news conference. “Hopefully, as we go through this process, people that make decisions can see that we handle it properly. We do it the right way, and we follow all the rules, so that we can make it permanent in the future. It’s great for our community.”

The Atlantic City Police Department has publicly supported the concept of regulated open containers in certain areas of the city. Deputy Chief James Sarkos said the department worked closely with the city administration to craft the temporary executive order.

“We are confident we have adequate safeguards in place for this to be a successful addition to the many great things Atlantic City has to offer,” Sarkos said.

The designated open-container zones include: the Boardwalk between Sovereign and Rhode Island avenues; nonresidential areas of Gardner’s Basin; and the Orange Loop, which is comprised of New York Avenue, Tennessee Avenue and St. James Place.

Beverages must be in a plastic container bearing the name or logo of the licensed seller within the open container zones.

The order does not authorize consumption of alcohol in a motor vehicle that is within the open container zone. Underage drinking is still prohibited.

The city’s executive order will expire in November, or whenever coronavirus-related restrictions on bars and restaurants are lifted by the governor, whichever comes first.

Do you support the idea of open containers on the Atlantic City Boardwalk? Vote in our poll at PressofAC.com.

Gov. Phil Murphy on Tuesday announced that the stay-at-home order, aimed to mitigate the spread of COVID-19, is now lifted.

Gov. Phil Murphy on Tuesday announced that the stay-at-home order, aimed at mitigating the spread of COVID-19, has been lifted.

Spirit of Atlantic City returns to life with alcohol to go

ATLANTIC CITY — JaVonn Parrish was smiling from ear to ear (behind his mask, of course) while stocking the to-go bar Friday afternoon at Bourr…

The experiment of permitting public consumption of alcoholic beverages on the Atlantic City Boardwalk is only a few days old, but lawmakers in…

Borgata will reopen to public July 6

ATLANTIC CITY — The market’s largest and highest-performing casino will only be welcoming back invited guests for the Independence Day weekend.

Funny how things work out. Thanks to the COVID-19 pandemic, this is the first summer season that starts with Atlantic City letting people carr…

The concept and plan for open containers was executed by Tom Forkin during his tenure as ABC Chairman. He went before City Council several times over the last four years, with small blocking it every time except for the last time. Then Tom writes a draft of the new law and met with Senator Brown and Chief White a year before the interim mayor was appointed to office. NOW in an election year, Small steals Forkins initiative as his own, including each detail Tom researched and wrote 👌🏼 That is what kind of person is running the city?