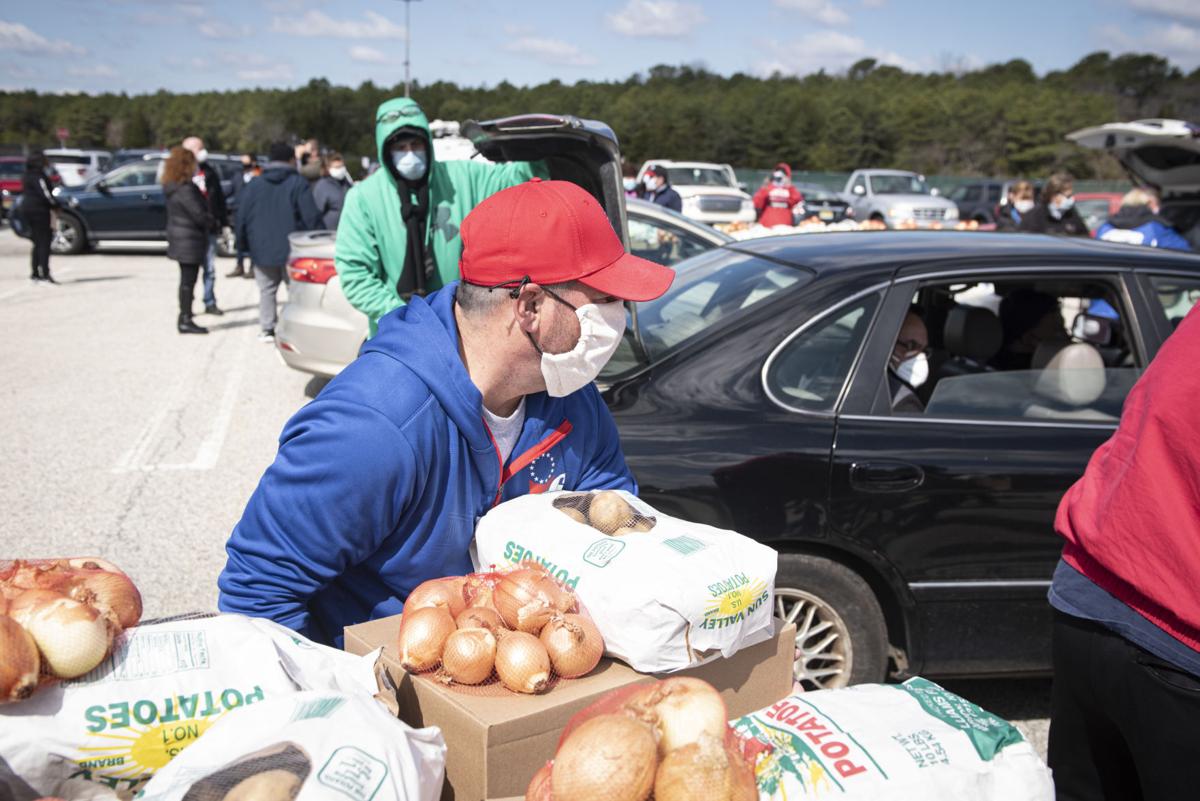 The food kits distributed to laid off casino workers Wednesday contained nonperishable food items, such as pasta, rice and canned goods, in addition to fresh produce and dairy items. 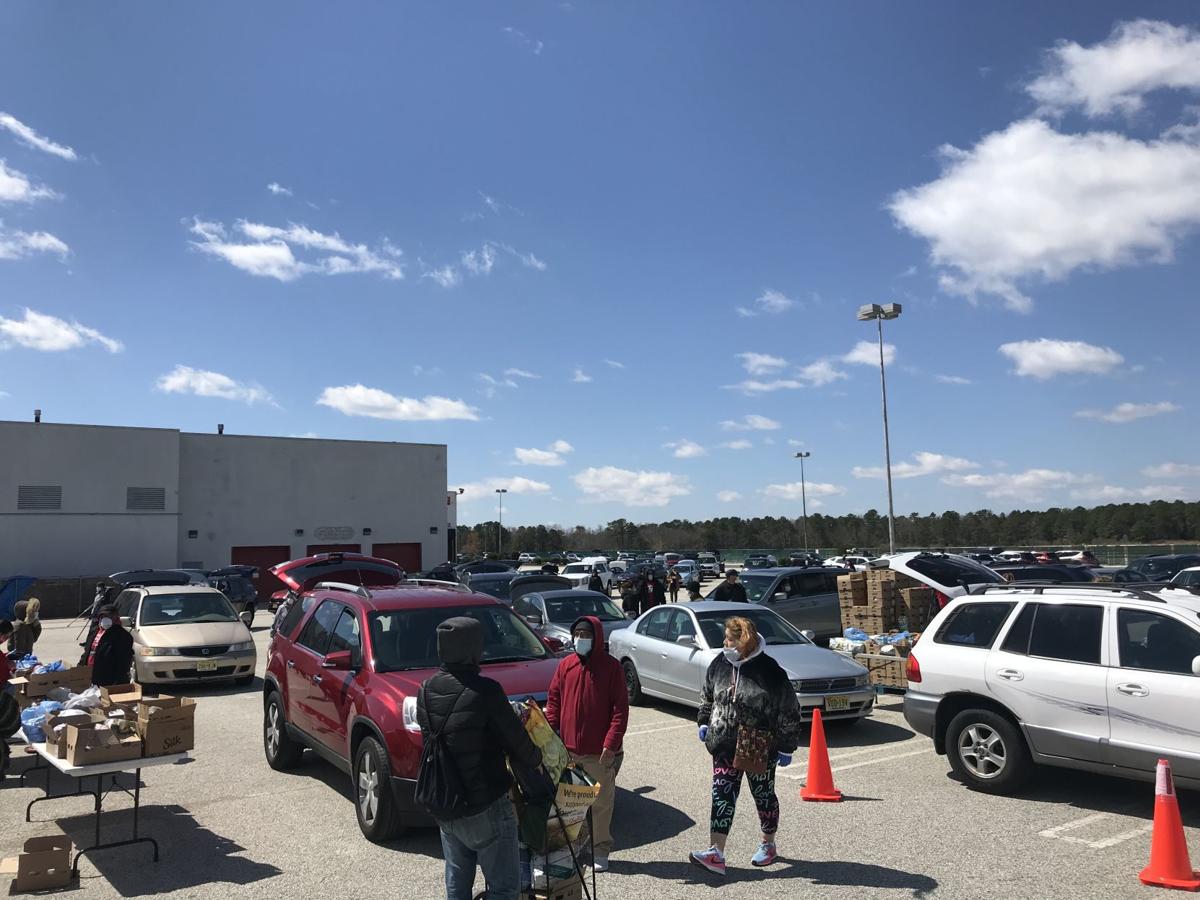 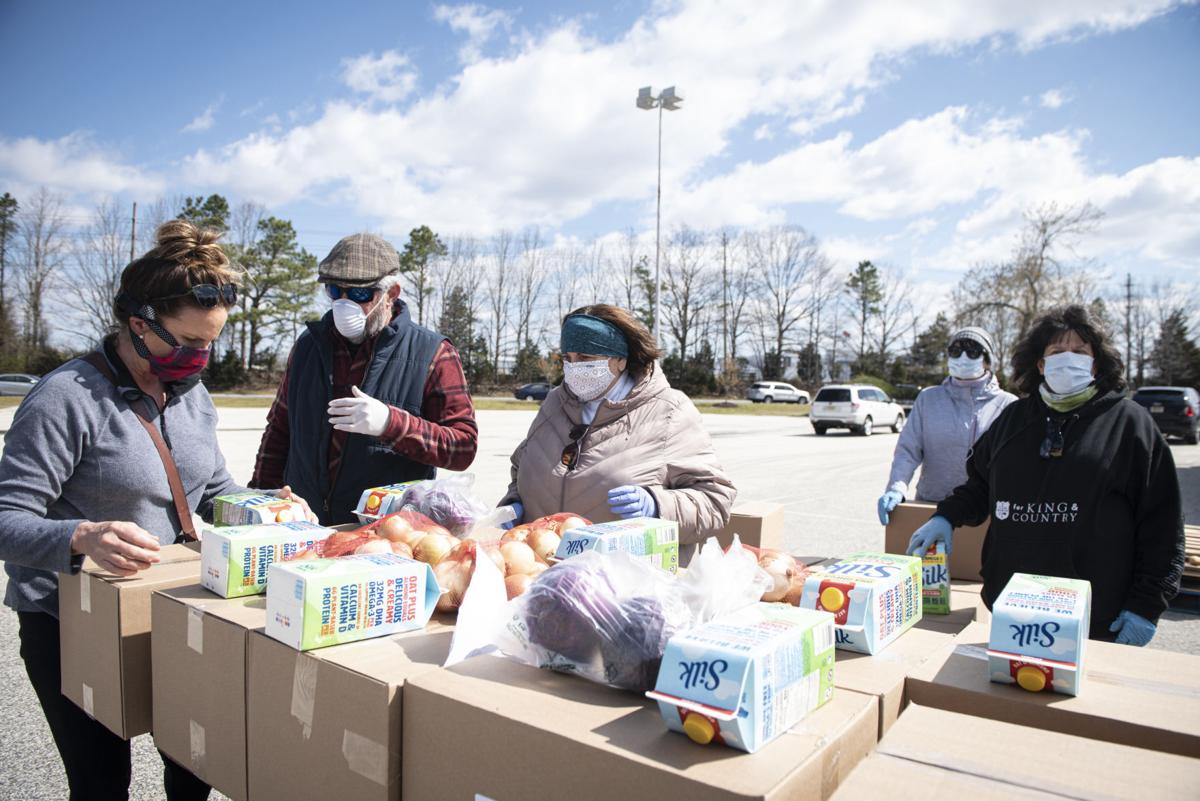 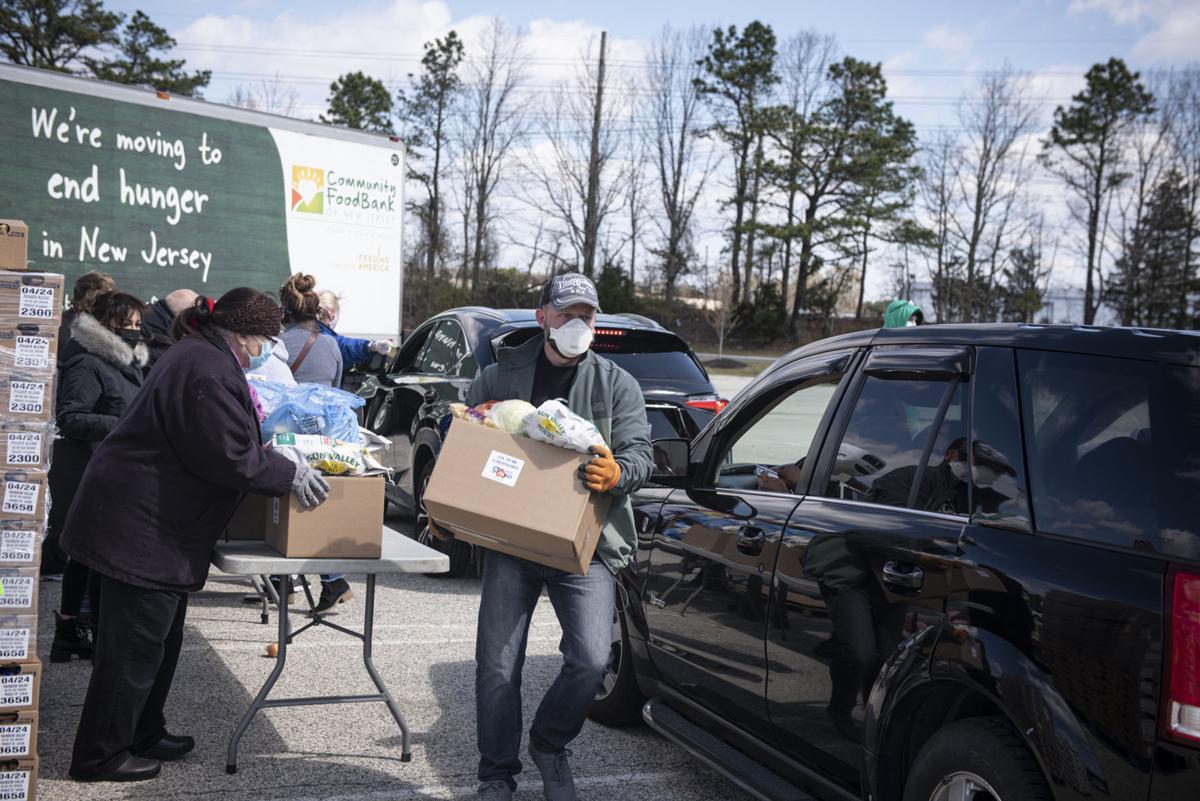 EGG HARBOR TOWNSHIP — An hour before a planned drive-thru food distribution for out-of-work casino employees was set to open, the line of waiting vehicles snaked around the Harbor Square shopping center and continued on for nearly a mile.

By 11 a.m., two 53-foot tractor trailers’ worth of food had been passed out. A third truck pulled in just as the second one was emptied, with hundreds of vehicles still lined up.

“We’re here for our members and our community, and we will continue to be there as long as we are needed,” said Donna DeCaprio, treasurer and financial secretary for Local 54.

The scene in Egg Harbor Township mirrored similar food distribution events throughout the area, as the business restrictions due to COVID-19 continued for a fifth week.

By noon, somewhere between 1,000 and 1,500 emergency food kits had been distributed to the unemployed casino workers, said Millie Sanchez, supervisor of mobile food distribution for the food bank.

Carol Speirs, an usher in the live entertainment venues at both Hard Rock Hotel & Casino Atlantic City and Borgata Hotel Casino & Spa, was laid off even before Gov. Phil Murphy closed the casinos March 16.

South Jersey's economic pain from coronavirus could reach over $5 billion

The new coronavirus’ impact on the South Jersey economy could be more than $5 billion, and t…

Many of Atlantic City’s casinos voluntarily shut down concerts and live entertainment to limit large gatherings as the spread of COVID-19 quickened in early March.

“It’s unbelievable,” she said of the number of casino employees who came out for needed food assistance Wednesday. “It’s surreal, this whole thing.”

Speirs only recently started receiving her unemployment benefits, despite being out of work for nearly six weeks. She is among the more fortunate casino union members.

“A lot (of the casino workers) are struggling to get their unemployment,” DeCaprio said. “They are stuck in the state system,” which has been overwhelmed by claims in recent weeks.

Local 54 has fielded more than 3,600 calls on a dedicated hotline from members about unemployment insurance benefits, she said. In response, the casino workers’ union put together a resource guide on how to navigate the process.

Still, DeCaprio said there are hundreds of Atlantic City casino workers who have been unable to collect their benefits.

DeCaprio said future operations will most likely be separated by grouping together casino properties so the process is less chaotic than the scene Wednesday.

“This was kind of like a pilot to see what the response would be. Clearly, I think it will be more effective if we do it (by groups of properties),” she said.

In what’s become an increasingly common sight, a food distribution in Atlantic City on Tuesday drew 500 people, many undocumented immigrants, in need of food and goods.

The individuals received bags of essential food items from two local markets and a $30 food voucher as part of the Hispanic Association of Atlantic County’s first of two events.

The food and goods were handed out within two hours; a second event is planned for May 2 at Our Lady Star of the Sea Church, according to association secretary Victor Moreno.

A $40,000 Casino Reinvestment Development Authority contribution is funding the distribution, which was geared toward the city’s large Hispanic communities, who lack access to other relief services, said Cristian Moreno of El Pueblo Unido of Atlantic City.

“This is our way of doing a small part to help,” Cristian Moreno said.

US to require COVID-19 shots for foreign visitors

US to require COVID-19 shots for foreign visitors

Preserving history inside the White House

Preserving history inside the White House

ATLANTIC CITY — Residents will be able to get tested for the novel coronavirus at either a drive-thru or walk-up site starting Tuesday, city o…

There has been a slowing in the number of new unemployment claims filed in New Jersey, but last week an additional 140,139 people filed for be…

FoodBank responds to unique crisis, is there for S.J. families in need, by Carlos M. Rodriguez

It was a scene that’s becoming all too familiar at the nation’s food banks. On April 22, hundreds of cars snaked along roads leading to the Ha…

The food kits distributed to laid off casino workers Wednesday contained nonperishable food items, such as pasta, rice and canned goods, in addition to fresh produce and dairy items.