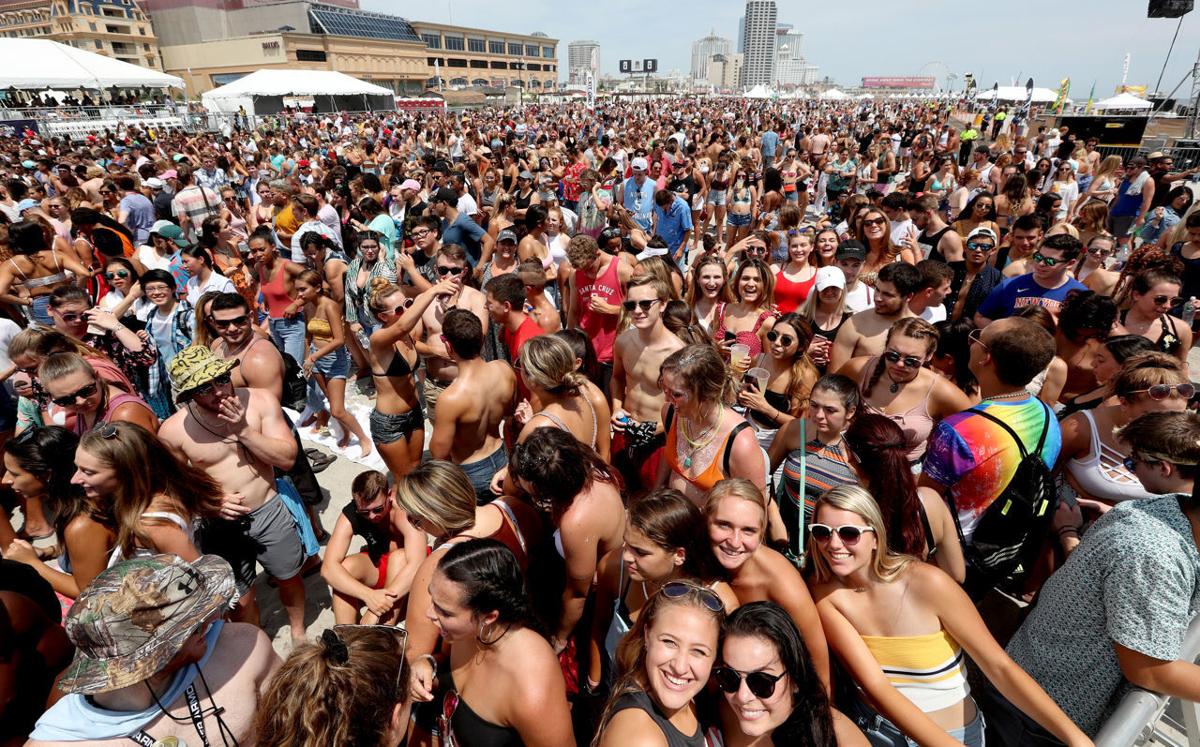 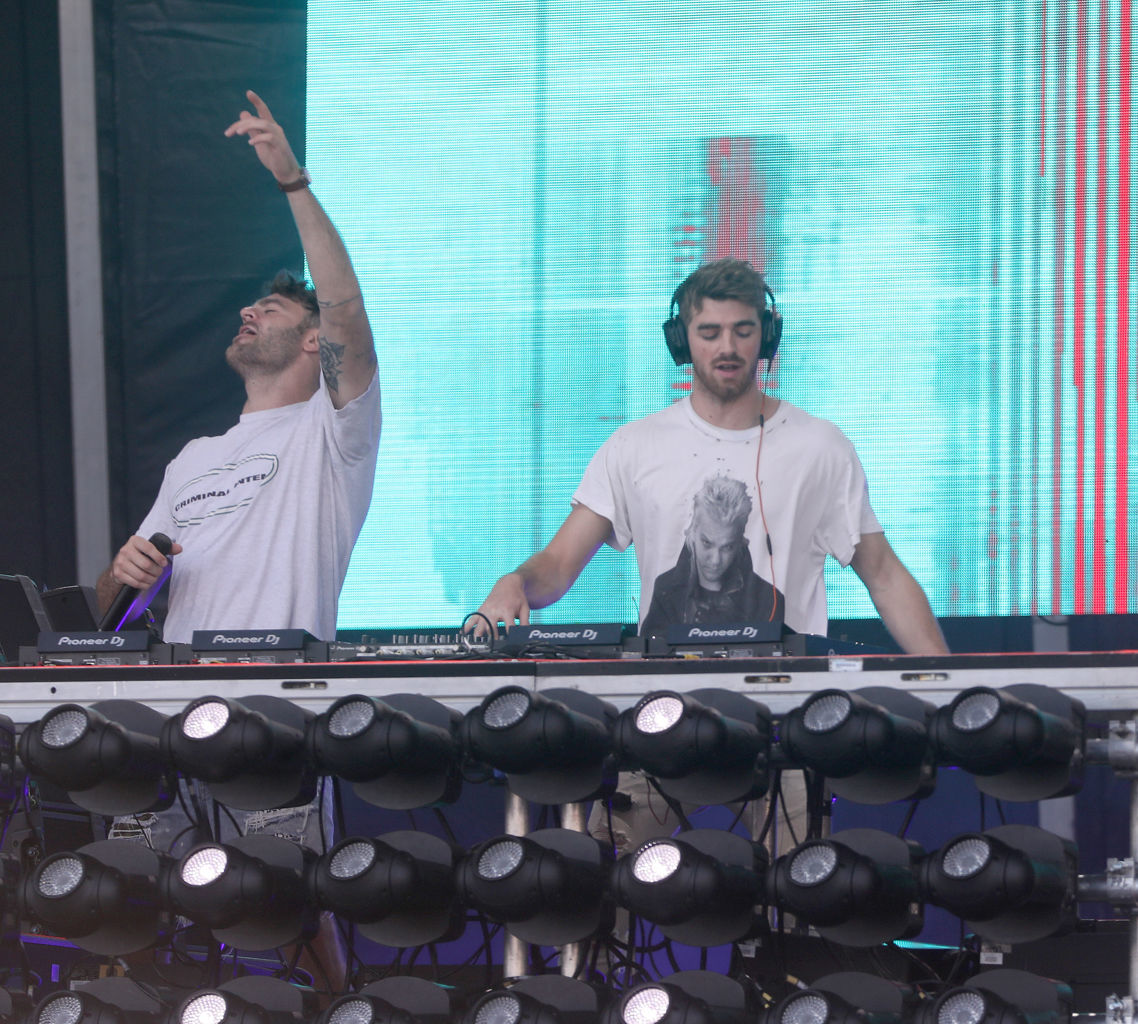 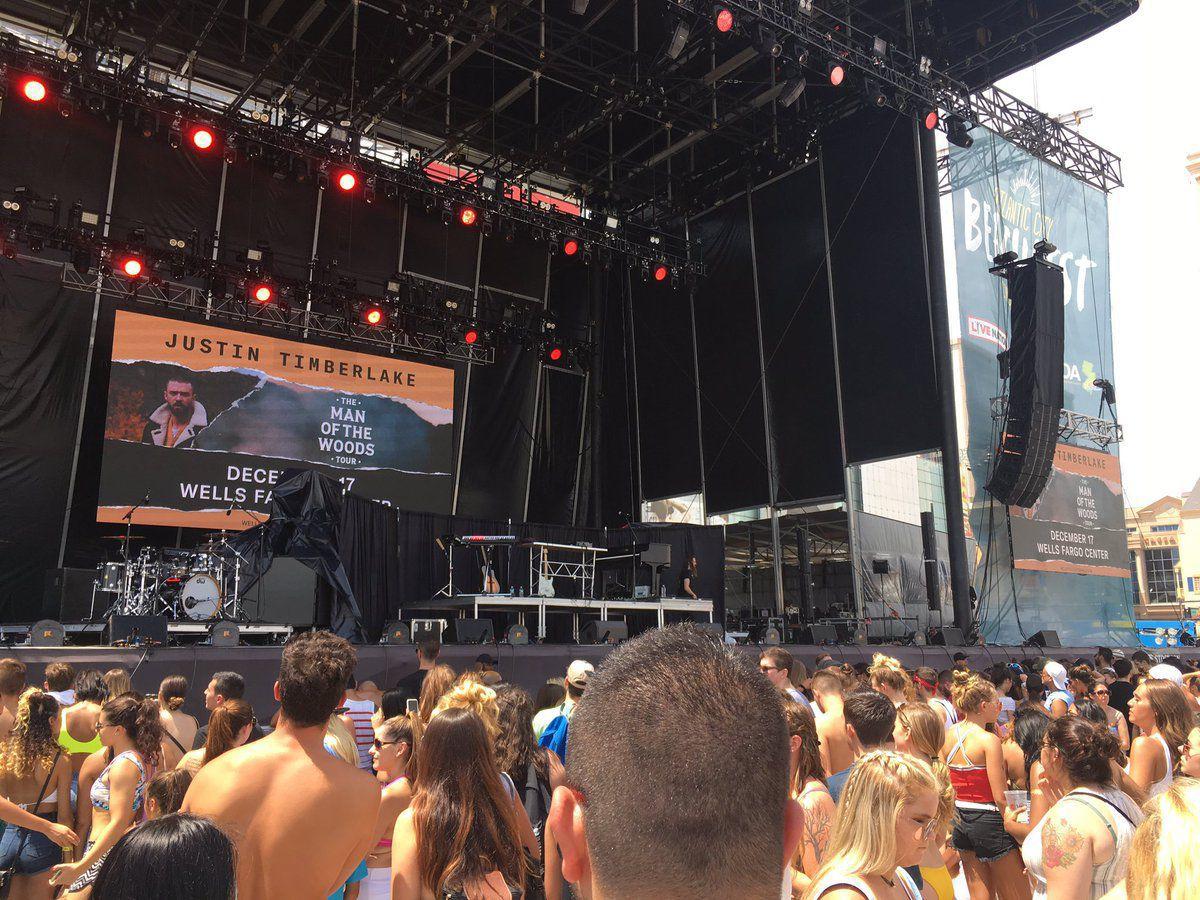 Crowds gather for Atlantic City beach concert opening act Gryffin ahead of Bazzi and The Chainsmokers in Atlantic City. 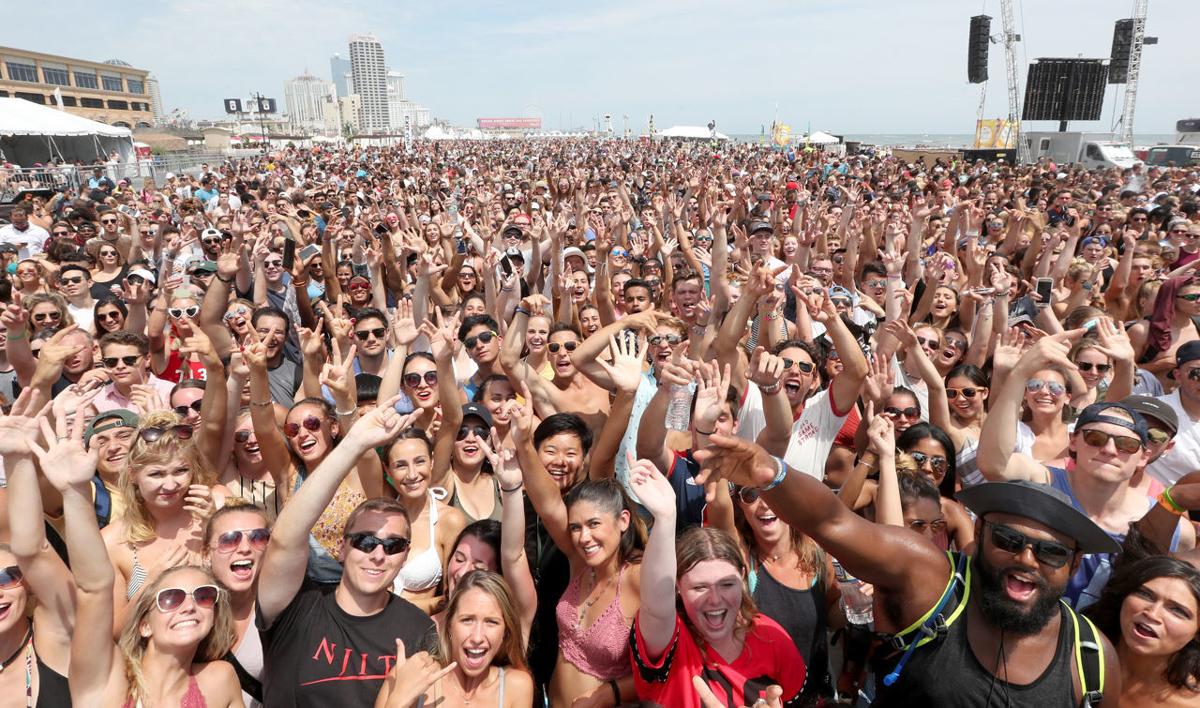 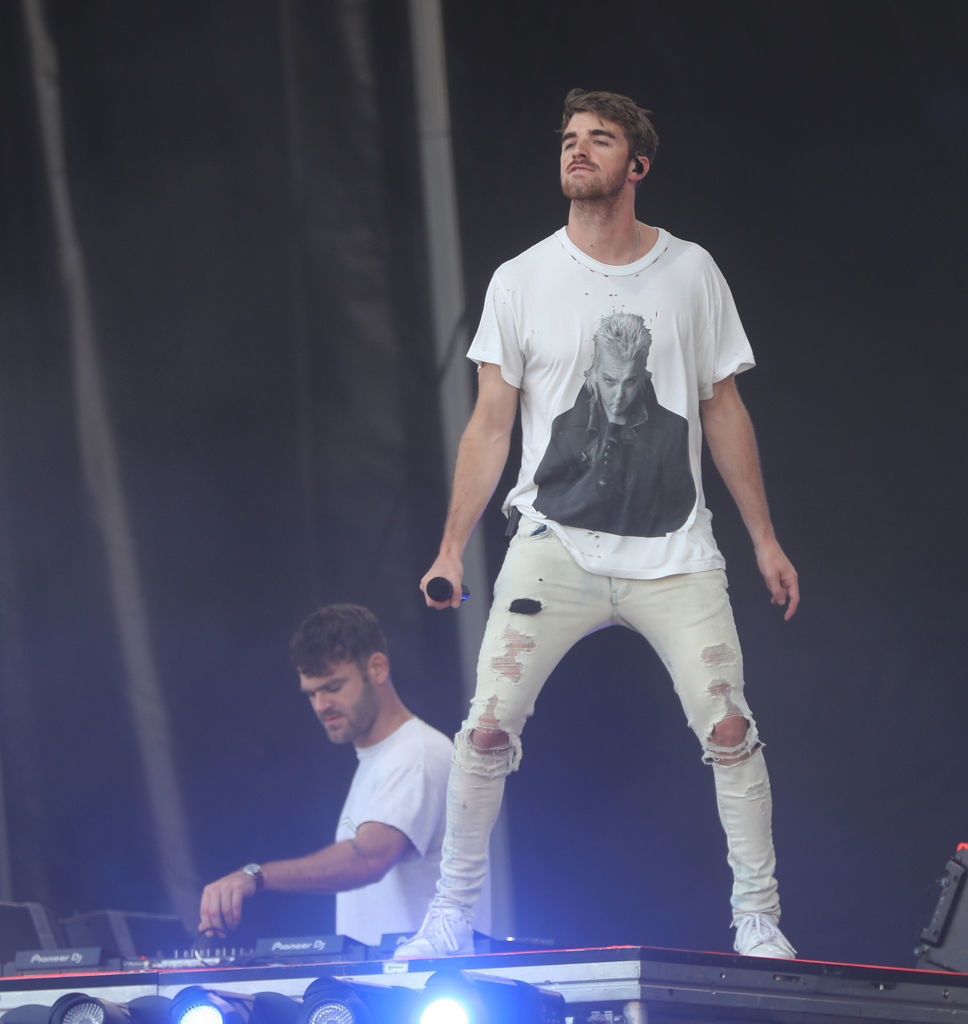 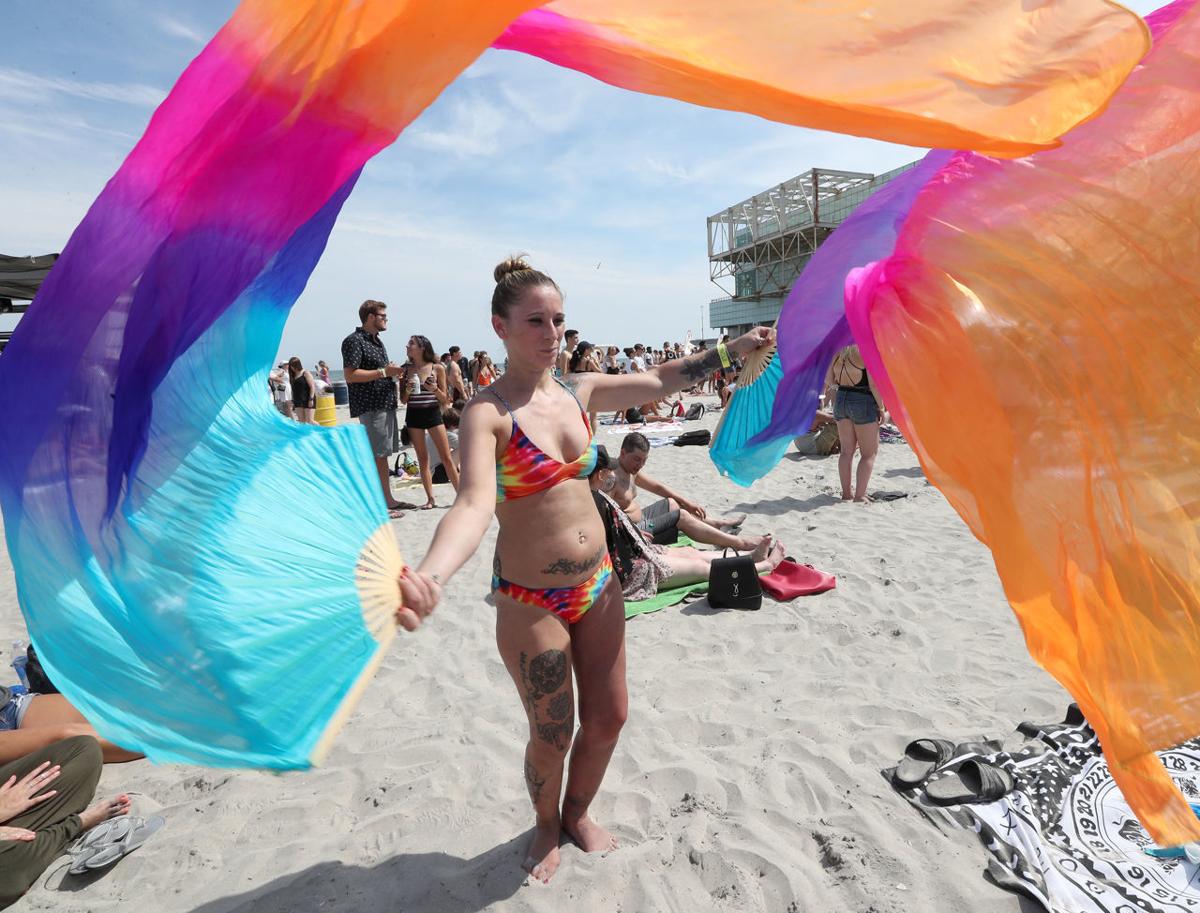 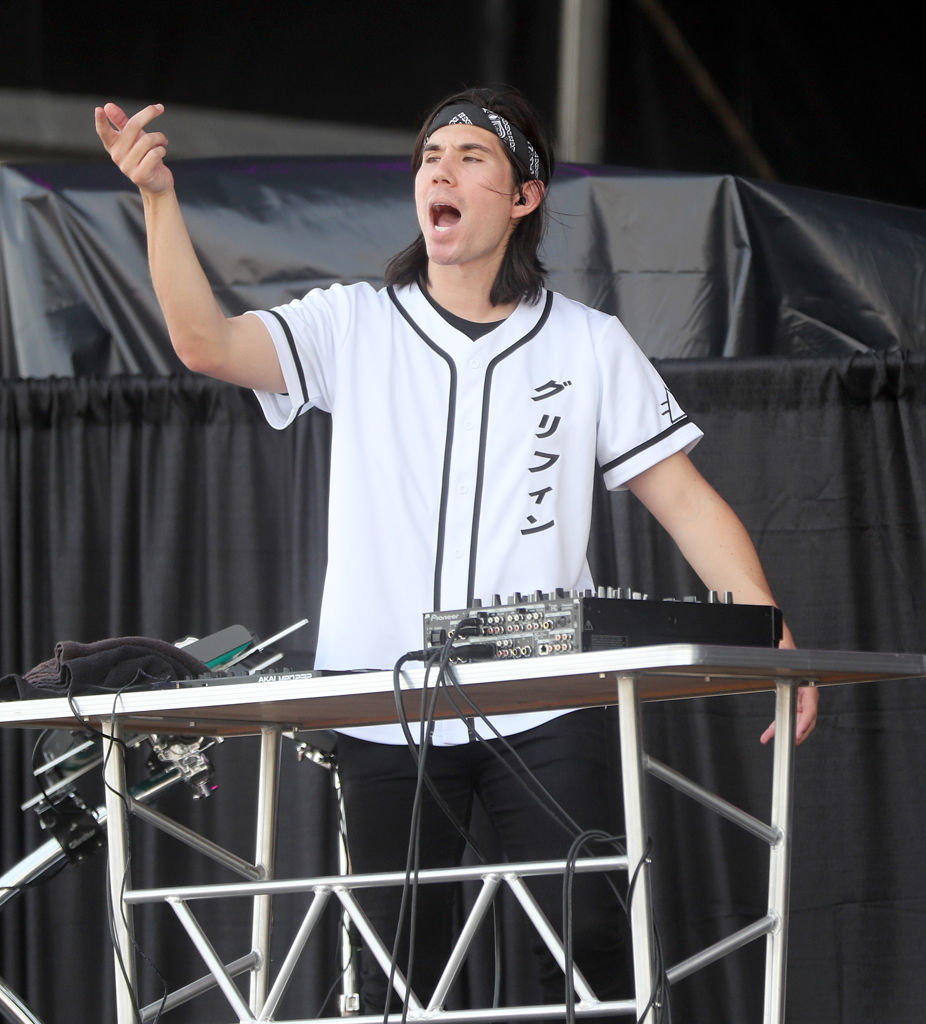 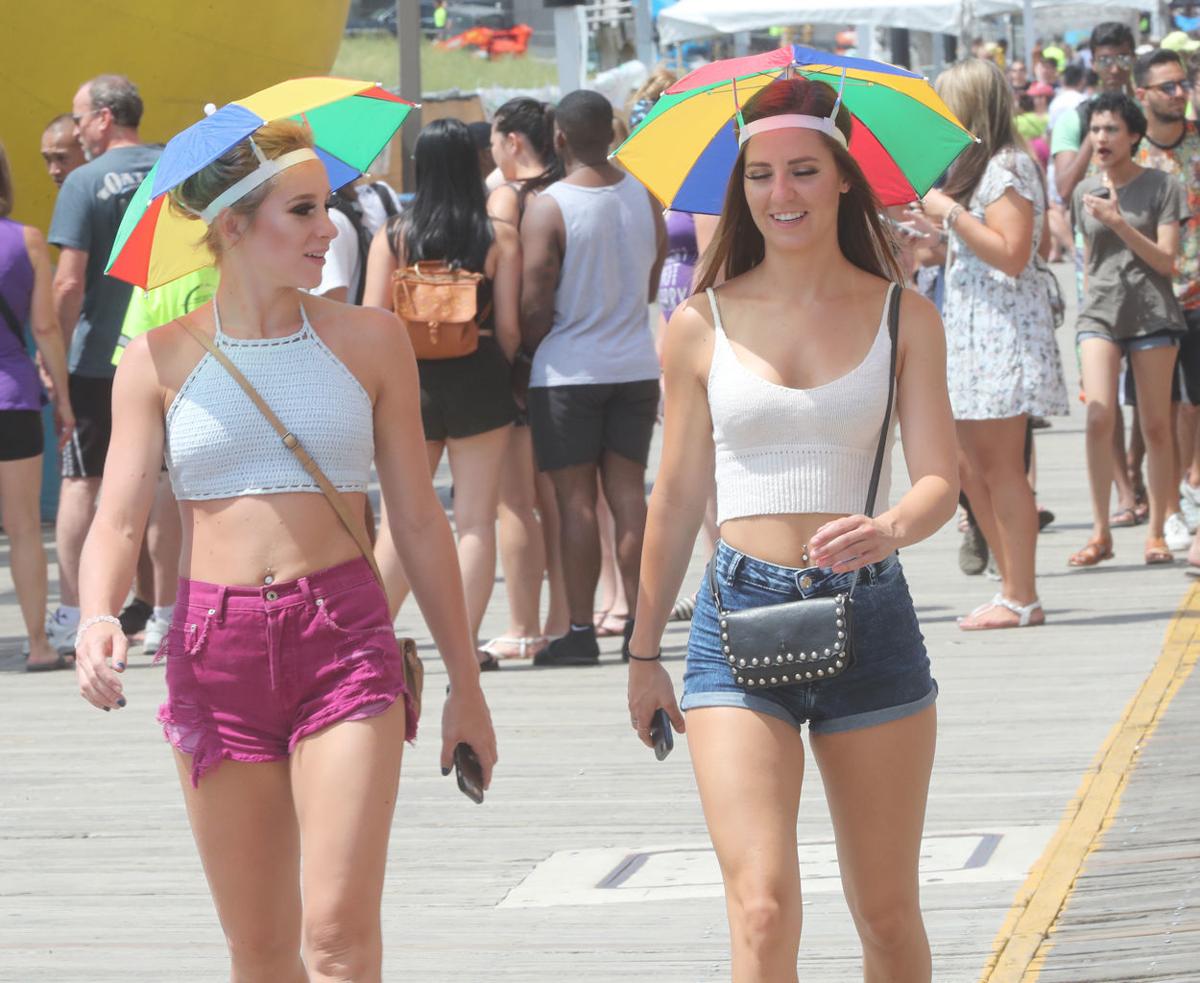 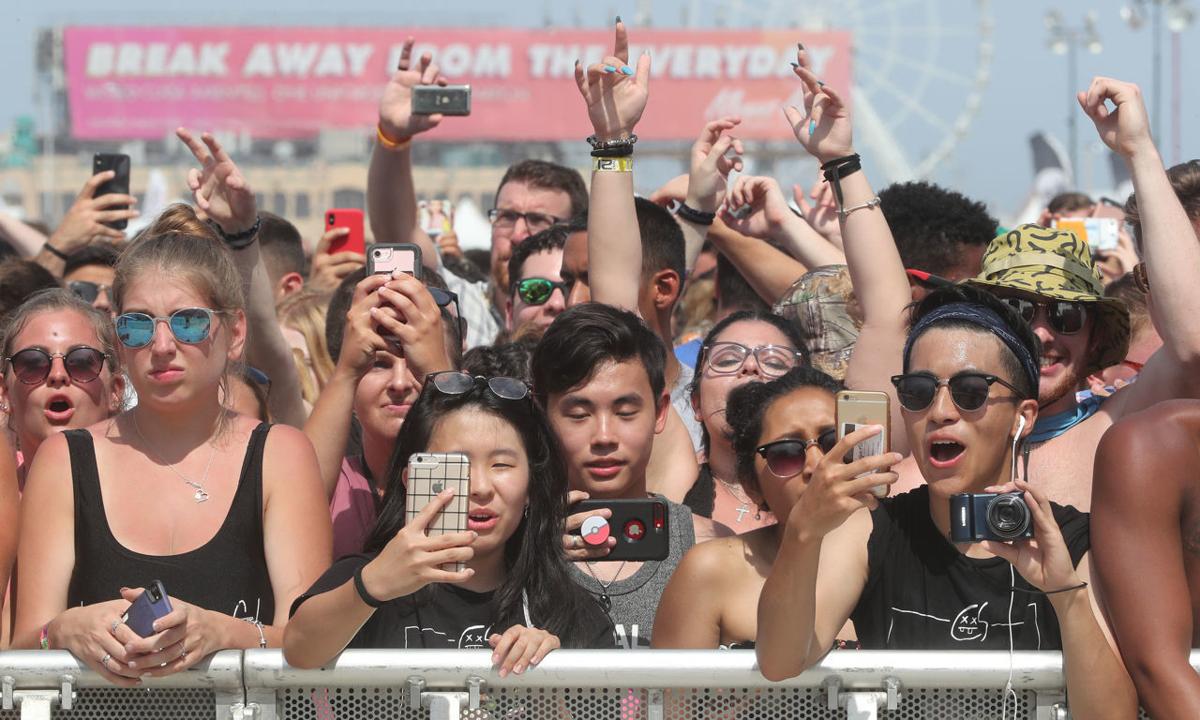 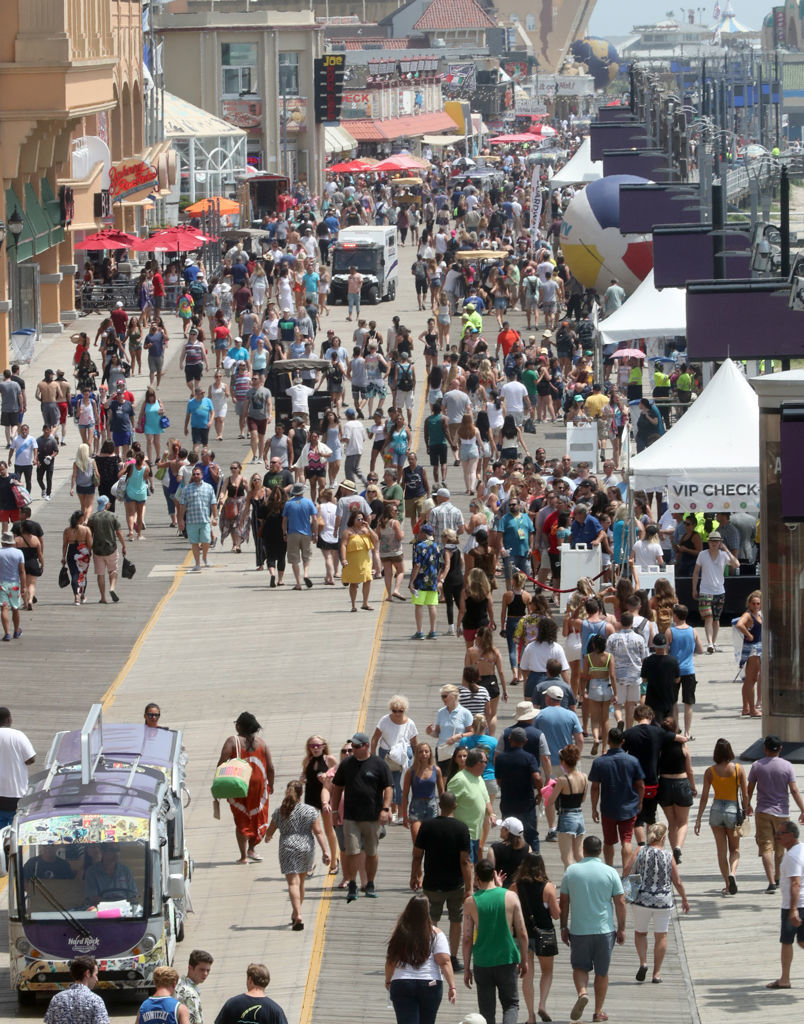 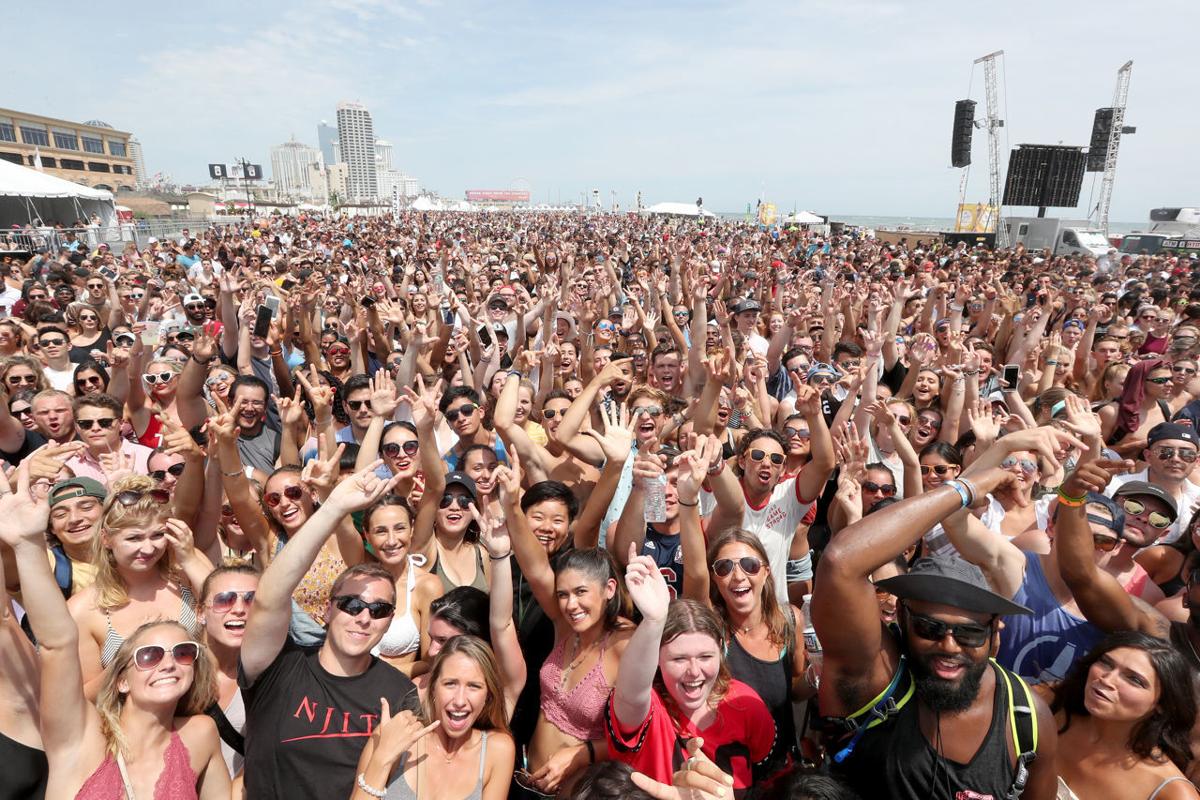 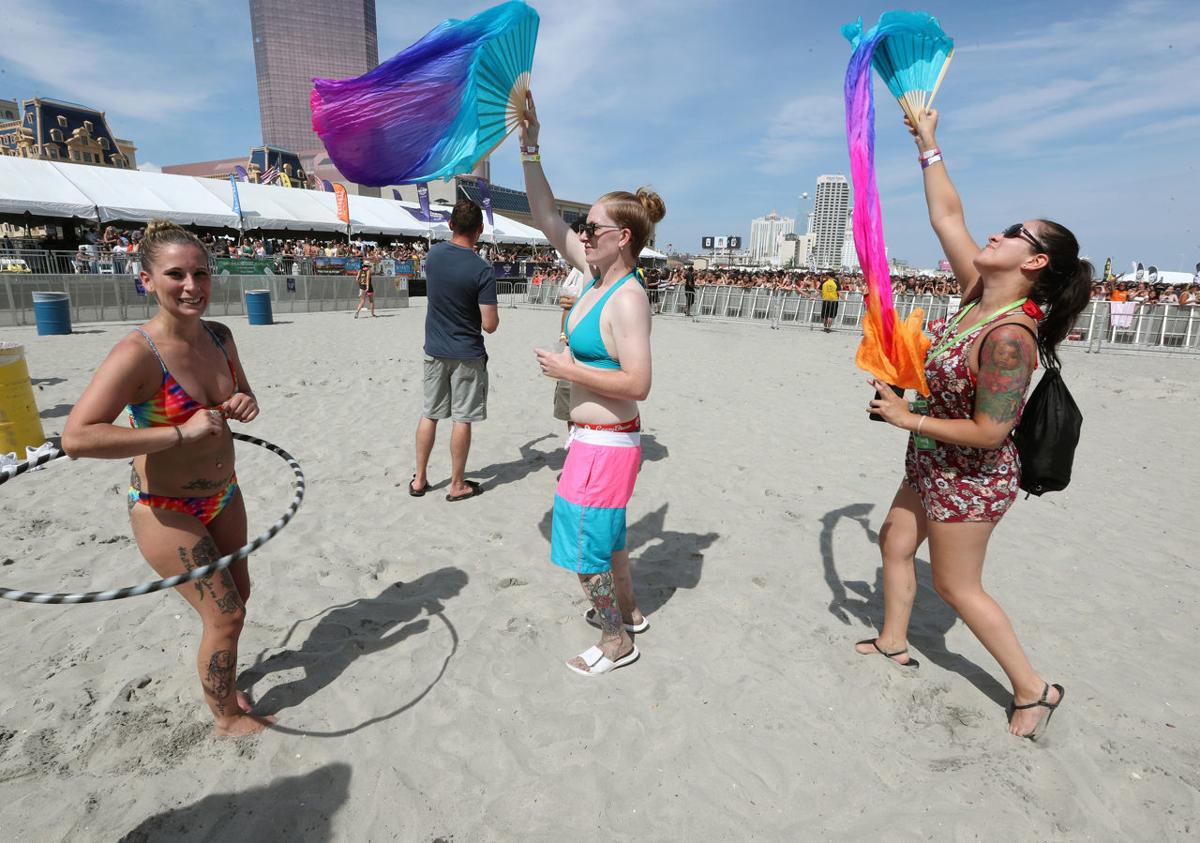 ATLANTIC CITY — The last scheduled beach concert of 2018 was also the final act of a three-year, $6 million deal between organizer Live Nation Entertainment and the Casino Reinvestment Development Authority.

The Chainsmokers — 33-year-old DJ Alex Pall and 28-year-old vocalist Andrew Taggart — ended this year’s series of beach shows Sunday on an ideal day for an outdoor concert, with high temperatures in the low ’80s, low humidity, sunny skies and not a rain cloud in sight.

The electronic dance music duo electrified the young, enthusiastic crowd with their energetic performance. Even before they took the stage Sunday, officials from both sides said they wanted to continue the Atlantic City Beachfest Concert Series.

“Everybody seems really positive about that,” said Geoff Gordan, Live Nation Philadelphia regional president. “It’s a great partnership. I’m hoping it (continues) because it’s been a great experience for us. … There’s no better setting than being on a beach watching a show.”

CRDA Executive Director Matt Doherty said while both sides have expressed interest in continuing the beach concerts, discussions are still in the preliminary stages.

“I believe it will go forward,” he said of the partnership with Live Nation. “There may be some alterations to the concerts going forward, but I think it’s a beneficial relationship to advancing tourism in Atlantic City.”

The beach concert series, which began in 2014 with two free shows featuring Blake Shelton and Lady Antebellum, has attracted tens of thousands of visitors to Atlantic City. The Chainsmokers show Sunday was the 11th concert since the series’ inception.

Gordan touted the ancillary economic gains of bringing the shows to the oceanside resort.

“I go out afterward to some of the local bars and they can’t thank me enough for the impact, especially on Thursdays and Sundays,” Gordan said prior to the Cheat Codes and Lauv concert Thursday.

The exact revenue generated from the beach concerts for businesses in Atlantic City is nearly impossible to quantify, Doherty said, but the secondary benefits, particularly for the CRDA, are just as critical.

“We’re looking at a longer-term promotion of the city as a resort and as a destination,” Doherty said. “It’s an attempt to expand the market of people who come to Atlantic City with a nongaming event to draw people. The more people that come, the more revenue generated.”

The beach concert series has also seen its share of hiccups. This summer, Demi Lovato’s only East Coast appearance was canceled two days before her scheduled July 26 concert due to the pop singer being hospitalized for a reported drug overdose, forcing organizers to plug in Cheat Codes to headline the show. Crowd estimates have not yet been released, but even free tickets to the show failed to draw anywhere near the agreed-upon 30,000 attendees in the Live Nation/CRDA deal.

In 2016, former Mayor Don Guardian canceled scheduled shows by Florida Georgia Line and Blink 182 in early September due to the threat of severe weather.

“Anytime you have an outdoor venue you run the risk of weather, but I don’t think that’s a reason why you would discontinue those events,” Doherty said. “There is an inherent risk to having an event on the beach. We believe the reward exceeds the risk.”

The changing face of the city also plays in to how the beach concert series will look going forward, Doherty said. With the arrival of Hard Rock Hotel & Casino Atlantic City and its intention to provide entertainment nearly year-round, it does not make sense to either compete with the global brand for acts or spend significant financial resources, he said.

“They can book huge acts, and they are in a position to pay more for those acts than us,” Doherty said of Hard Rock. “We’re going to have rethink in the offseason how to best allocate our dollars in an effort to bring people to town.”

Kovalev, Alvarez arrive ahead of boxing events in Atlantic City

ATLANTIC CITY — Capping a 25-year run, the Warped Tour will bring its signature pop-punk sound to the Atlantic City beach in late June due to …

SEEN at The Chainsmokers beach concert in Atlantic City

Crowds gather for Atlantic City beach concert opening act Gryffin ahead of Bazzi and The Chainsmokers in Atlantic City.