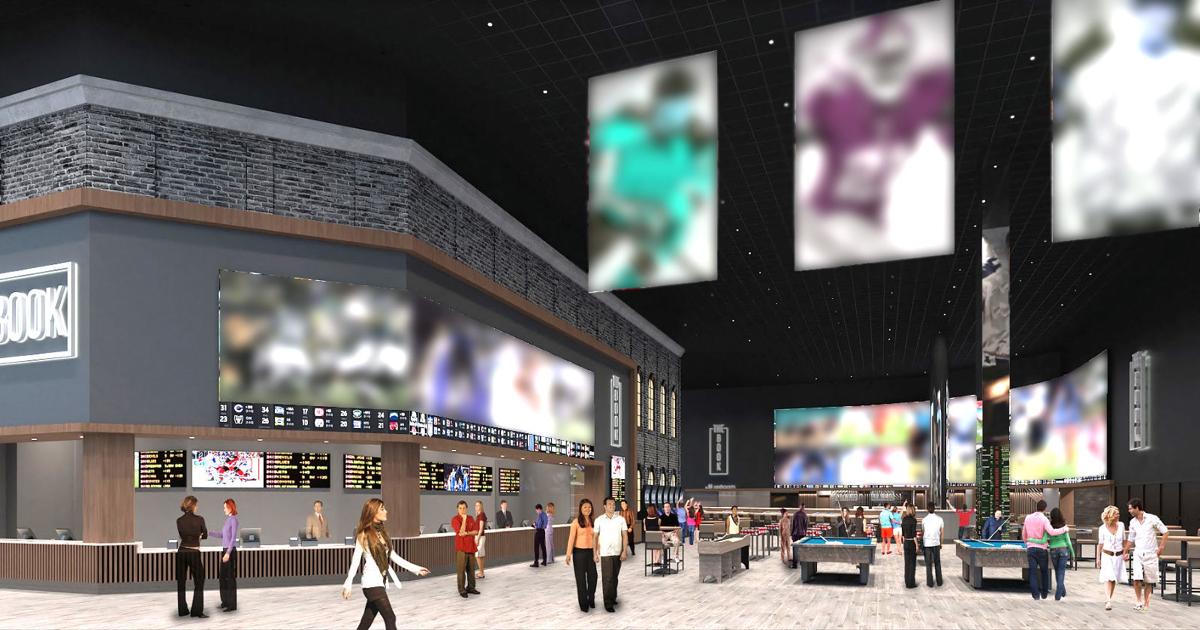 An artistic rendering of The Book at Bally's Atlantic City inside the Wild Wild West casino. The 15,000-square foot space will be opening in June. 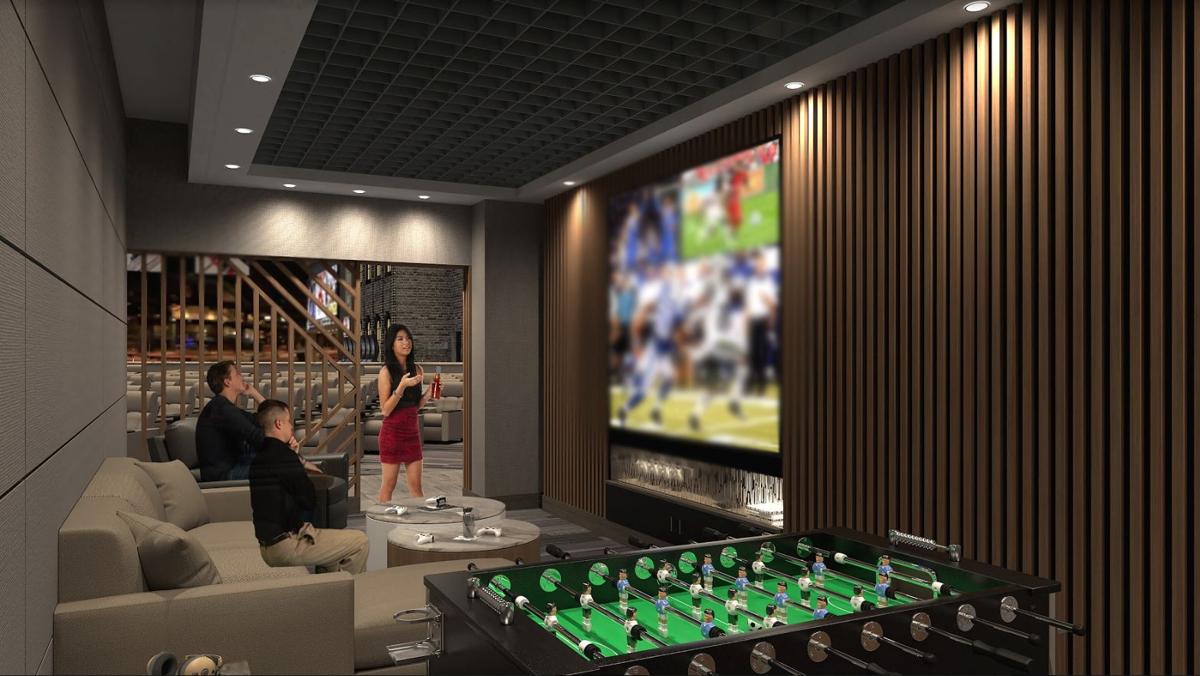 An artistic rendering of a “fan cave” at Bally’s Atlantic City’s new sportsbook, which will be opening in June.

An artistic rendering of The Book at Harrah's Resort Atlantic City, opening in May.

ATLANTIC CITY — Caesars Entertainment Corp. has invested nearly $11 million for construction of two permanent sportsbooks, including one that will be the largest in the city.

The Book at both Harrah’s Resort Atlantic City and inside Bally’s Atlantic City’s Wild Wild West Casino will be open in the coming weeks.

The two casinos currently have temporary sportsbooks that have been operational since last summer after sports betting was legalized in New Jersey.

Kevin Ortzman, regional president of Caesars Entertainment’s three Atlantic City casino properties, said he anticipated unveiling The Book at Harrah’s in the next two weeks and was “cautiously optimistic” that Bally’s would be ready by the first week in June.

The more-than-15,000 square-foot sportsbook at Bally’s will be the “largest in South Jersey and possibly the state of New Jersey,” he said.

The centerpiece of The Book at Bally’s is a massive LED video screen standing 18 feet high and 98 feet in length that can be seen from the Boardwalk more than 100 yards away.

The space will also include more than 100 leather recliners, five fan caves for personalized game-viewing experiences and a 16-tap self-serving beer wall.

“I wanted to create a category-killer in Atlantic City,” said Ortzman. “There’s been so much pent-up demand for decades on legalized sports betting. We finally have it, and I want to be able to deliver to the customers.”

The construction of the permanent sportsbook will also allow Wild Wild West to regain floor space and increase offerings. Renderings of the space include dozens of “value games,” as Ortzman called them, including beer pong, shuffleboard, table and video games.

“We have a whole host of different, fun, social-type of games and this just further expands and evolves that whole experience,” he said. “It’s a great opportunity to maximize that space.”

Caesars Entertainment is making a concerted effort to attract the millennial demographic, which Ortzman noted is poised to become the largest consumer-spending group in the United States within the next five years. Sports betting, he said, is a key part of what he characterized as “the casino of the future,” which focuses more on social interaction.

“There is a new group of customer coming in that is attributed to, not the new capacity, but the new offerings,” said Ortzman.

Eight of Atlantic City’s nine casinos offer sports betting. Only Caesars Atlantic City, which is connected to Bally’s, does not have a physical betting parlor.

Upon completion of the permanent sportsbooks at Bally’s and Harrah’s, only Borgata Hotel Casino & Spa will have a temporary location. Borgata has said that its $11 million project will be complete this summer.

ATLANTIC CITY — The first casino to offer legalized sports betting will unveil its new sportsbook and lounge next month.

'Suspicious death' at Harrah's under investigation

ATLANTIC CITY — Authorities are investigating a “suspicious death” at a casino Tuesday night.

ATLANTIC CITY — The top executive for Caesars Entertainment Corp.’s three Atlantic City properties is no longer with the company.

New Jersey still ranks among national leaders in terms of casino gaming’s economic impact, but other states, including nearby competitors, are…

Should Atlantic City put a cap on the number of casinos?

ATLANTIC CITY — Now that the casino market has stabilized after a brutal 10-year stretch, which saw gaming revenues cut in half and five prope…

ATLANTIC CITY — With just less than five minutes to play in the first-round matchup between Louisiana State and Yale, William Maloney’s bet on…

The success of sports betting and internet gambling has not yet revived the idea of expanding casino gaming outside of Atlantic City.

An artistic rendering of The Book at Bally's Atlantic City inside the Wild Wild West casino. The 15,000-square foot space will be opening in June.

An artistic rendering of a “fan cave” at Bally’s Atlantic City’s new sportsbook, which will be opening in June.

An artistic rendering of The Book at Harrah's Resort Atlantic City, opening in May.