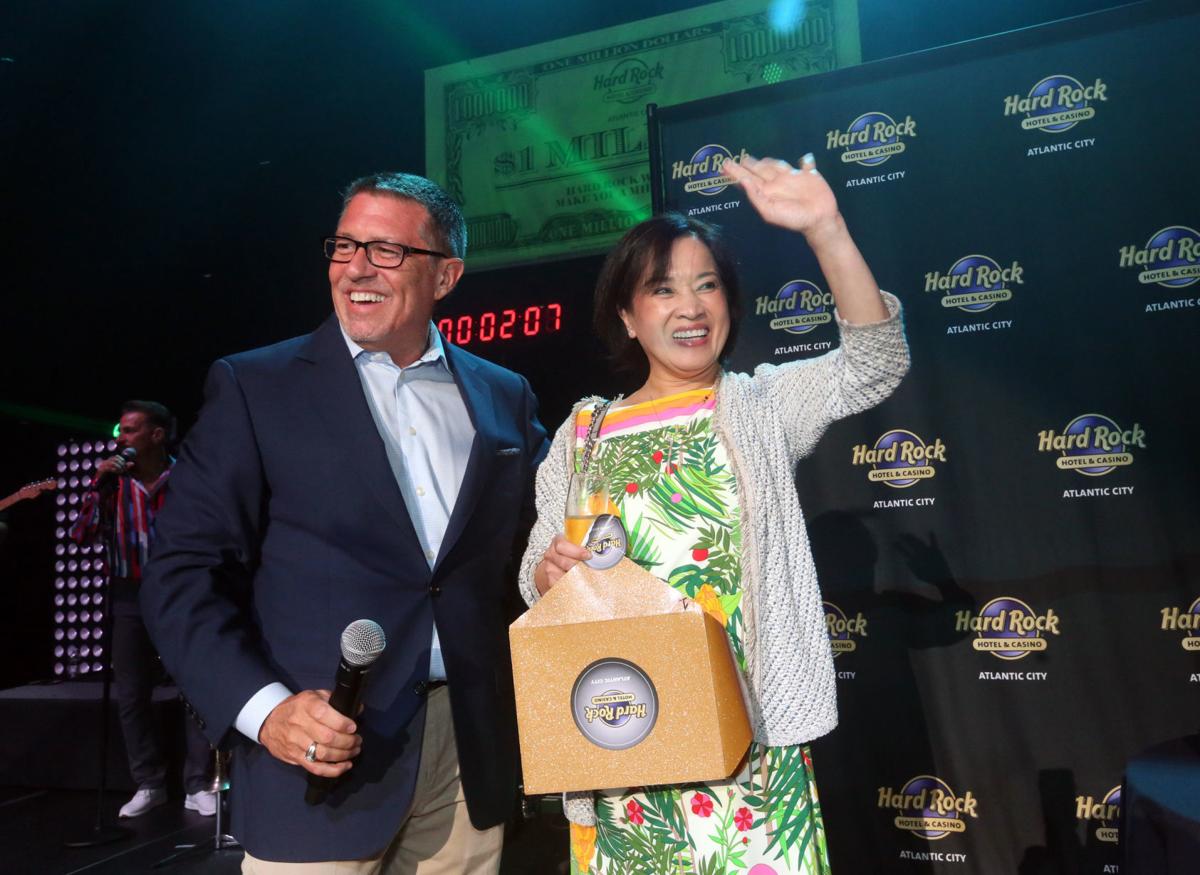 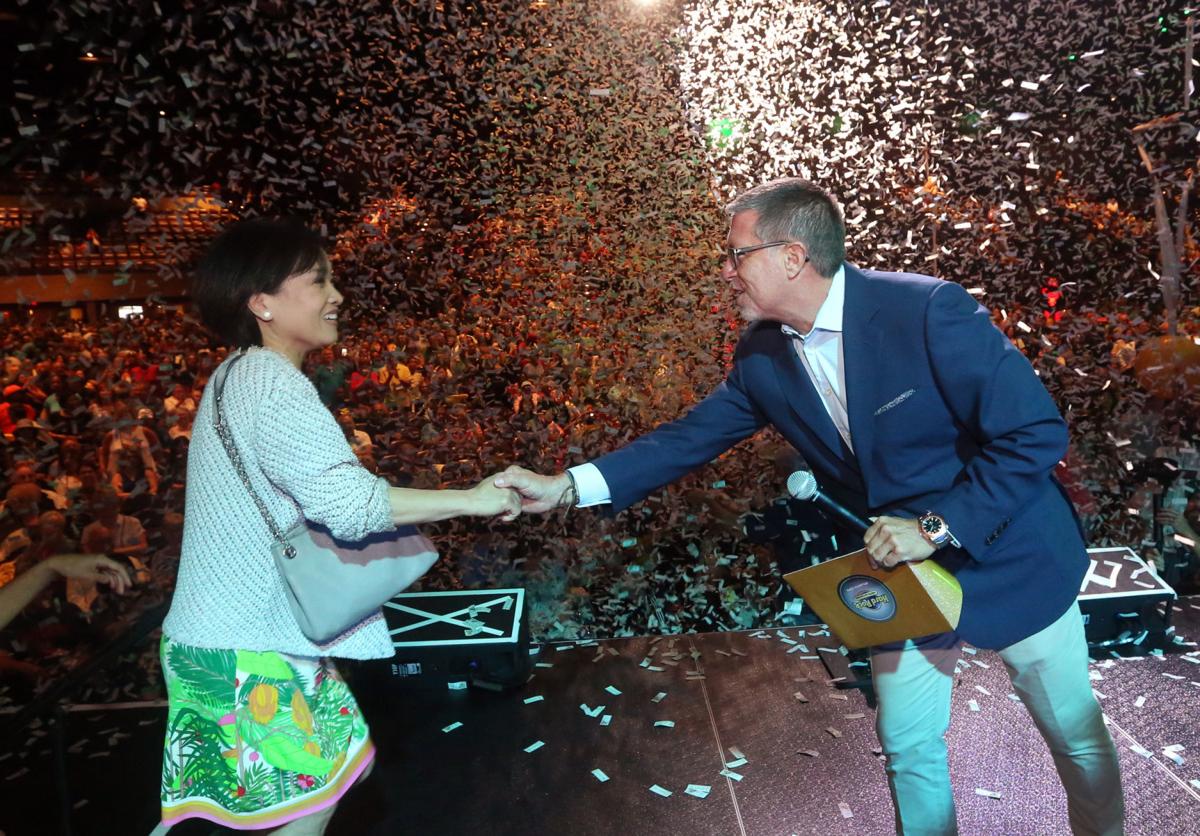 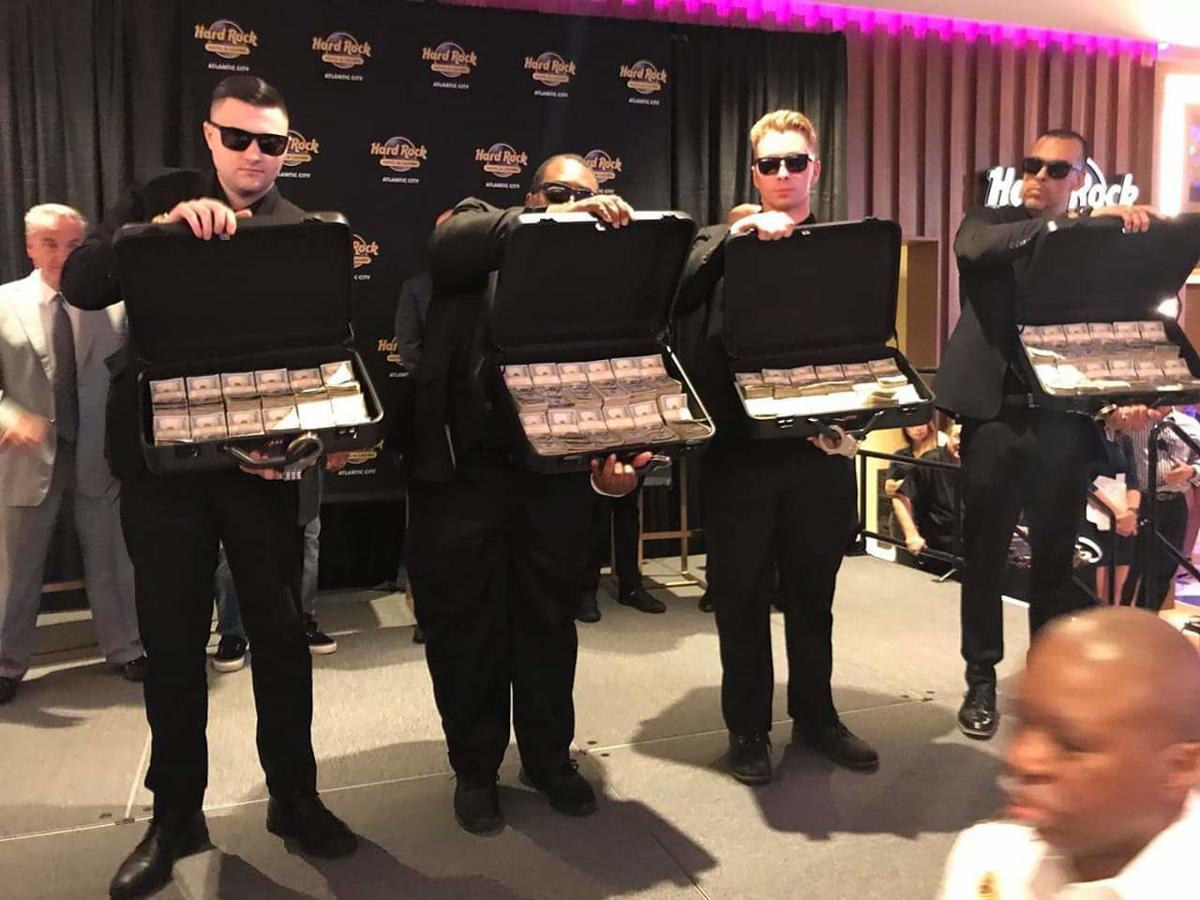 More than 5,000 contestants packed the Etess Arena for the drawing. The winner, identified as Joanne T., took home the ultimate prize.

The giveaway was in celebration of the casino’s one-year anniversary. Customers earned entries all summer playing table games and slots, either online or at the casino.

“It was the only giveaway of its kind,” said Hard Rock president Joe Lupo, “and I think it shows how unique our property is.”

The property, along with Ocean Casino Resort, opened June 27, 2018, after a more than $500 million renovation of the former Trump Taj Mahal Casino Resort. In its first year, Hard Rock generated more than $320 million in gaming revenue, hosted 450,000 concert attendees, had 3.6 million visitors and accommodated nearly 1.2 million hotel guests, according to a news release.

Hard Rock is the second-largest casino employer in Atlantic City — Borgata Hotel Casino & Spa has nearly 6,000 team members — with more than 3,950 employees, 945 of which are city residents.

“People, product and service is what sets us apart and allows us to showcase a unique resort destination, along with our team members who are truly the backbone of our operation,” Lupo said. “We are extremely proud of how far the property has come in a short period of time and look forward to continuing to take a competitive approach with a priority on success and leadership in Atlantic City.”

The biggest jackpots scored at Atlantic City casinos in July

Won on July 28 on Lobstermainia - $1 denomination

Won on July 12 on Lobstermania - $1 denomination

Won on July 13 on Mystical Mermaid

Won on July 14 on Jacks or Better Poker - $25 denomination

Won on July 10 on Lightning Cash

Won on July 27 on Wheel of Fortune - $1 denomination

Won on July 6 on Lotus Land

Won on July 20 on Game King

Won on July 27 on Happy Lantern

Won on July 2 on Goldenwinkl - $.01 denomination

Won on July 8 on wsop.com

Won on July 15 at pokerstarsnj.com

Won on July 23 at resortscasino.com

Won on July 19 at resortscasino.com

Won on July 15 at borgatacasino.com

Won on July 9 at resortscasino.com

Won on July 8 at wsop.com

Won on July 1 at wsop.com

Won on July 16 at borgatacasino.com

Won on July 6 at www.hardrockcasino.com

Won on July 8 at caesarscasino.com

Won on July 12 at borgatacasino.com

Won on July 7 on playsugarhouse.com

The Casino Control Commission cut costs in 2018, decreasing the agency’s total expenditures by nearly $460,000 and not spending more than $1.7…

ATLANTIC CITY — For some, a summer trip to the beach is only complete if it includes a brightly colored, ice-cold adult beverage served in a p…

ATLANTIC CITY — Casino profits were down almost across the board for the second quarter of 2019, according to state gaming regulators.

ATLANTIC CITY — July’s casino revenue figures provided the first glimpse of how the two new kids on the Boardwalk are faring after one year, a…

Much has changed in one year at Hard Rock, Ocean casinos

ATLANTIC CITY — From ownership changes and restaurant closings to added gaming amenities and capital improvements, neither Hard Rock Hotel &am…

ATLANTIC CITY — As the Boardwalk’s two newest casinos prepare to celebrate one-year anniversaries later this week, the impact those properties…