Cape Republicans back Guadagno, others for 2017 races
0 comments
Share this
{{featured_button_text}}
1 of 3 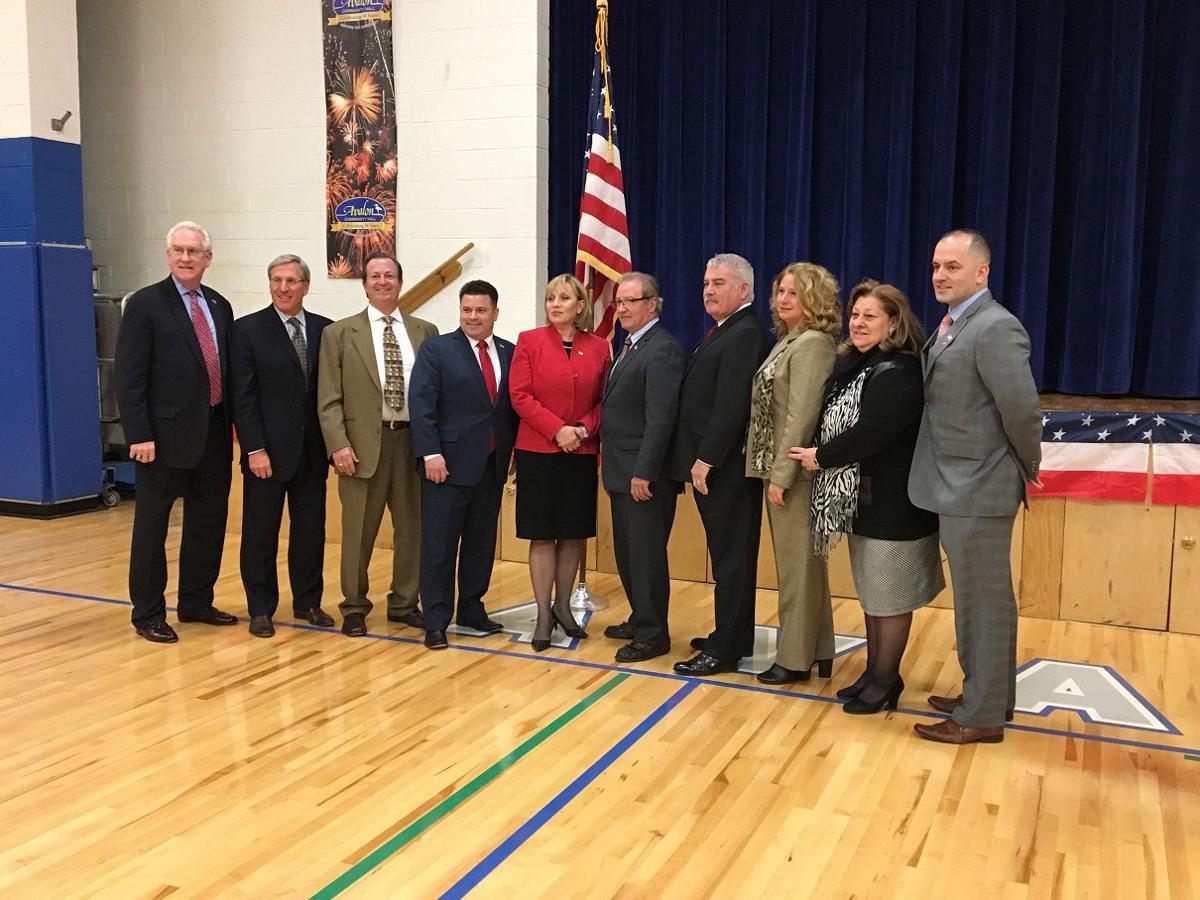 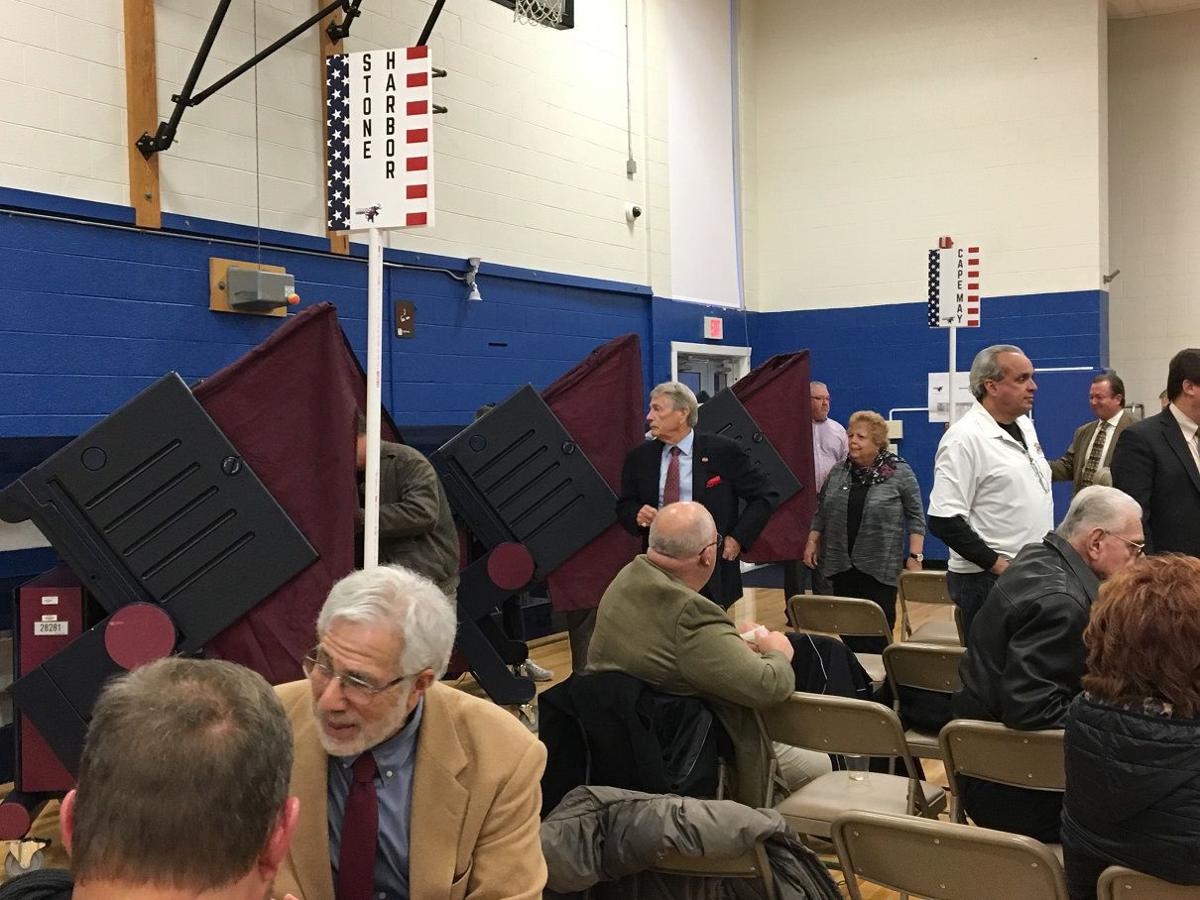 Cape May County GOP committee members vote for candidates the party should endorse for the 2017 election at the party’s annual convention Monday night in Avalon. 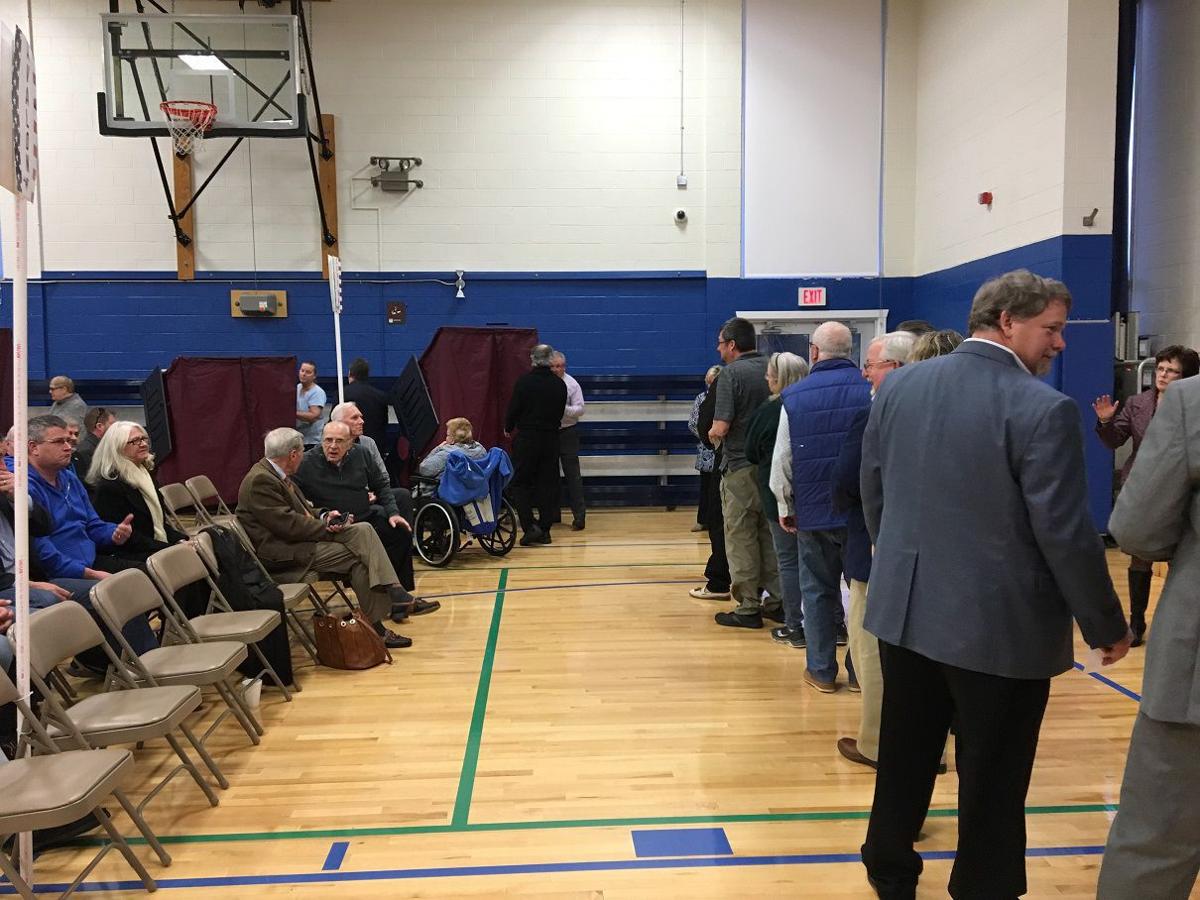 Cape May County GOP committee members vote for candidates to endorse for the 2017 election at the party's annual convention Monday night in Avalon.

AVALON — Lt. Gov. Kim Guadagno earned the endorsement of Cape May County’s Repub-licans ahead of multiple challengers, while Under-sheriff Rob Nolan earned the nod to run for sheriff on the party line in the June primaries.

Republican candidates for state and county of-fices gathered Monday night in an attempt to win the support of the county GOP at the party’s annual convention.

County party conventions are held in the months prior to the primaries, and committee members conduct a formal vote to decide which candidates the party should endorse.

Each candidate had the opportunity to address the committee members before the vote, and Assemblyman Jack Ciattarelli, R-Somerset, who’s running for governor, sparred with Guadagno.

“I’m never going to criticize another Republican,” Guadagno said. “The only thing Jack and I disagree on is raising taxes. He will do that. Read his plan.”

“My job for the last seven years has been to support a governor,” she said. “I was loyal to him. He did a good job to a point.”

“And then he lost his way,” Guadagno added, saying Christie shouldn’t have approved a 23-cent gas-tax increase last year.

When the votes were tallied Monday, Guadagno came out ahead by with 127 to Ciattarelli’s 23. Joseph Rudy Rullo, a small-business owner from Little Egg Harbor Township, received five votes and Nutley Commissioner Steve Rodgers garnered four.

The county leans heavily toward the GOP. All five freeholders are Republicans, and in the 2016 presidential election, Donald J. Trump received about 58 percent of the vote compared to about 38 percent for Democrat Hillary Clinton.

In the county sheriff’s contest, Richard Harron, a former warden at the correctional center, touted his experience and leadership but was unable to win over enough support from the party committee members. They sided with Nolan, who said it would be a smooth transition if he were elected.

Harron will reach out to supporters “to determine our next step,” according to a Facebook page for his campaign.

Nolan’s boss, Sheriff Gary Schaffer, announced in December his intention not to run for another term. The department was recently sued by a former employee alleging nepotism and negligence and has come under fire for its interest in entering a controversial agreement with Immigration and Customs Enforcement.

School funding likely flat next year, but could change in 100 days

All of the other candidates on the ballot were unopposed.

Gruccio could not attend the convention because she was recovering from knee surgery.

For state Assembly, the Republicans backed Brian McDowell, who volunteered for Donald Trump’s presidential campaign and was a contestant on the third season of the “Apprentice,” and Cumberland County Freeholder James Sauro.

They will try to unseat Assemblymen Bruce Land and Bob Andrzejczak, both D-Cape May, Cumberland, Atlantic, in November.

The county GOP also supported Freeholder Will Morey and Surrogate M. Susan Sheppard in their respective bids for re-election and Freeholder Jeffrey Pierson in his first election after being appointed to serve the remainder of Kristine Gabor’s term.

Hamilton Township to launch its own investigation into Mizpah fire company

HAMILTON TOWNSHIP — In the wake of a criminal investigation by the Atlantic County Prosecutor’s Office into the Mizpah Volunteer Fire Company,…

BRIDGETON — Jada Collins was not at the home opener for the city’s youth football league, but the girl’s presence was everywhere.

TRENTON — Single-use plastic and paper bags, as well as Styrofoam containers would be banned in New Jersey under legislation that passed the D…

ATLANTIC CITY — The number of city firefighters exposed to COVID-19 has ballooned to about 65, and the “ineffective approach” city and state o…

Hamilton Township to launch its own investigation into Mizpah fire company

HAMILTON TOWNSHIP — In the wake of a criminal investigation by the Atlantic County Prosecutor’s Office into the Mizpah Volunteer Fire Company,…

Cape May County GOP committee members vote for candidates the party should endorse for the 2017 election at the party’s annual convention Monday night in Avalon.

Cape May County GOP committee members vote for candidates to endorse for the 2017 election at the party's annual convention Monday night in Avalon.