Chris Lambert, owner of Atilis Gym locations in Wildwood, Sea Isle City, Egg Harbor Township and Ocean City, films a video for his gym. Lambert is leading a group of business owners in reopening on June 1. 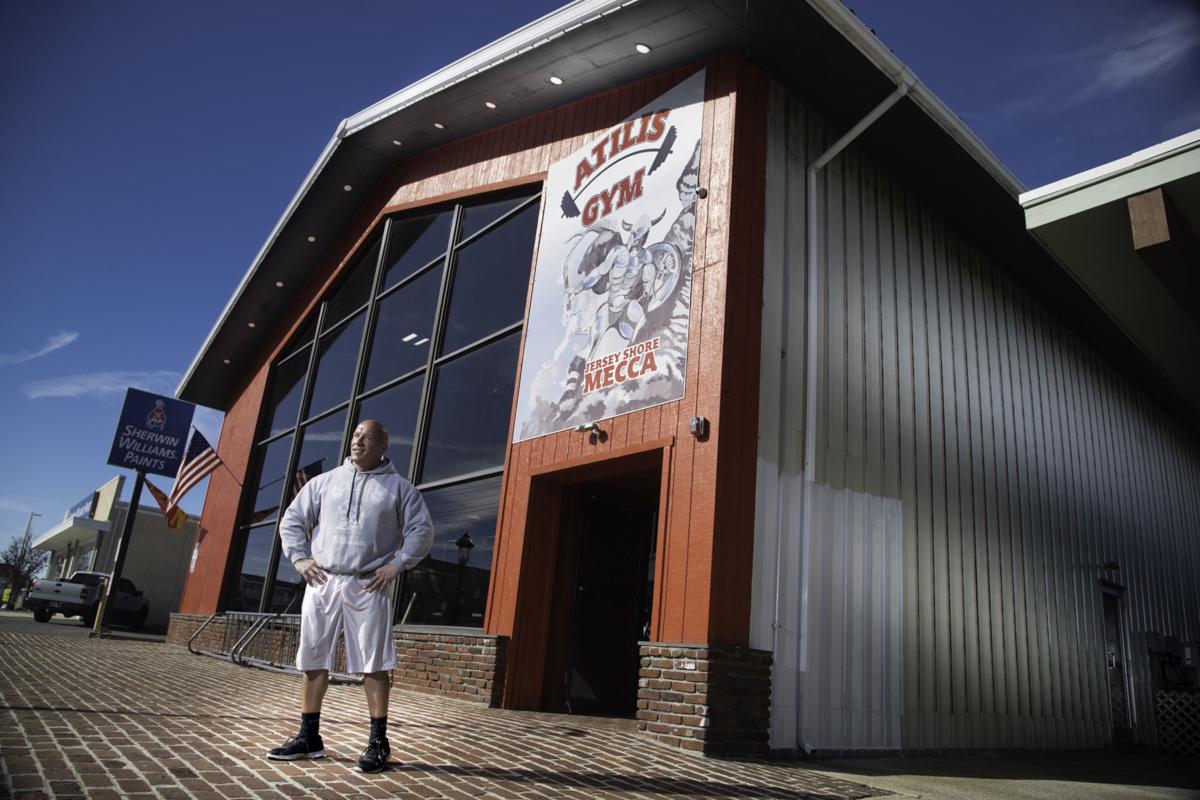 Chris Lambert, owner of Atilis Gym locations in Wildwood, Sea Isle City, Egg Harbor Township and Ocean City, films a video for his gym. Lambert is leading a group of business owners in reopening on June 1.

MIDDLE TOWNSHIP — The owner of four local gyms says he will reopen them next week in defiance of the governor’s executive order shutting down nonessential businesses in the wake of the COVID-19 pandemic.

And he is not alone.

Chris Lambert, owner of the Atilis Gym locations in Egg Harbor Township, Sea Isle City, Wildwood and Ocean City, has been helping to organize a June 1 reopening plan through several Facebook groups that include about 150 gym owners and an estimated 300 salon owners. The owners say they are ready to show the governor that reopening can be and must be done.

“We hope to demonstrate to the governor that enough is enough,” said Lambert, 49, of Middle Township. “This governor asked us in March to shelter in place. He asked us to close our businesses. We did. ... Now we’re going into the third month, and small business owners, we’re getting crushed.”

In March, Gov. Phil Murphy ordered all nonessential businesses, including gyms, fitness centers and salons, to close to the public as the new coronavirus began spreading throughout the state. New cases in the state increased daily, peaking in April and now on the decline.

Murphy has eased some restrictions — increasing public gatherings from 10 to 25 people and allowing retailers to offer curbside service — but has held firm on not opening businesses deemed nonessential to the public.

Last week, the owner of an Atilis Gym franchise in Bellmawr opened to a crowd of supporters despite the executive order, but was ordered to close days later by the state Health Department. The gym’s owner, Ian Smith, received citations related to the opening. A court order Friday upheld the Health Department’s decision. Smith claims that the governor’s executive order is in violation of his constitutional rights.

Lambert, a retired Lower Township police officer, said he did not condone the method of reopening taken by the Bellmawr franchise, which he sold to its current owners about nine months ago.

“I do not agree with those guys,” Lambert said. “I think they are absolutely doing things wrong, and they’re basically putting all gym owners in a bad situation.”

Lambert said he doesn’t want to bash the governor. Rather, he and other gym owners have been in communication with the governor’s chief of staff and submitted a “fact-based proposal” for responsible reopening. He said he also wants to show the governor why he believes gyms are essential businesses.

Muscle World Gym owner Jack Trombetta Sr. is planning to join the reopening at his Cape May Court House business, according to a letter posted on Facebook and shared 71 times.

Trombetta urged other local businesses currently barred under the executive order to open on June 1, too.

“I would request that all motels and hotels open up all your rooms; coordinate with each other. Furthermore, some churches opened today in N.J., and we are working on a mass opening here in Cape May County,” wrote Trombetta, also a retired Lower Township police officer.

Since the start of May, Trombetta has also made two videos shared on Facebook regarding Cape May County businesses reopening that have a combined 35,000 views and 820 shares.

He said Monday his own business was struggling before the virus and will not recover from the extended closure, but he made the videos in the hope of supporting other owners and families whose livelihoods depend on their business.

“I was on the phone with people in tears. They’re losing everything and their whole life is tied up into their business,” Trombetta said. “I thought, ‘Let me make a statement. I’m going to open.’”

Both Lambert and Trombetta said they understand the position of law enforcement and will not obstruct them from their duties in enforcing the governor’s executive order. They encouraged others to do the same.

“If you’d like to stop by to show your support we encourage it, however, if the police show up, I don’t want them to be disrespected in any way shape or form. Anyone who feels they can’t control themselves I’d rather you show your support from home,” Trombetta wrote.

Lambert said the June 1 opening will be a “show of force” to the governor, and hopes it will be a way to get their message heard. He plans to stay open until he is forced to close down, but said he will not put up a fight.

In an interview with CNN’s Alisyn Camerota on Monday morning, Murphy said he understands the desires of gym and salon owners to reopen, but that he feels it is still unsafe.

“I don’t begrudge their right to protest, but they don’t sway me,” Murphy said.

He said while he, too, wants to open gyms and salons, logistically, it’s too soon due to them being indoors with a lack of ventilation.

“We’re not there yet. I want to do it responsibly, and I don’t want to kill anybody,” Murphy said.

Four friends from A.C. made a pact as kids to graduate college. This year, they achieved their goal.

Some owners have quietly worked around or partly ignored Gov. Phil Murphy’s order more than two months ago that they should close as nonessent…

ATLANTIC CITY — The Claridge’s lobby was sparkling clean Friday afternoon, with bottles of hand sanitizer at the front desk and all employees …

It's time for all small business owners and their supporters to rise up and reopen their businesses. If someone can browse for a tee shirt in Wal-Mart, why not on the Ocean City Boardwalk. Supermarkets and produce stores have fruits and vegetables sitting out uncovered, yet that is ok and not prone to being infected? Cashiers wear gloves but yet handle products from one shopper to the next without changing them. Where is the "scientific" logic in any of this? Despite the huge crowds in our area box stores and supermarkets the numbers of those infected outside of senior facilities remain low.

What we all need to do is get outside, bask in the sunshine and do what is necessary to keep ourselves healthy, rather than vegitate indoors as our "leaders" have proclaimed.

I understand their frustration but if it can later be shown that their actions caused anyone to become sick or die, then they should be held criminally responsible.

I do agree that some of the shutdown has been poorly explained. Hard to understand how Home Depot, Lowes, Acme, Shoprite, CVS, Hoys 5&10, Dollar General, WaWa etc. can be open and other seemingly benign businesses can not. Needs to be explained or it invites civil disobedience.

A+ Handy People Free Estimates On the job 20 yrs.