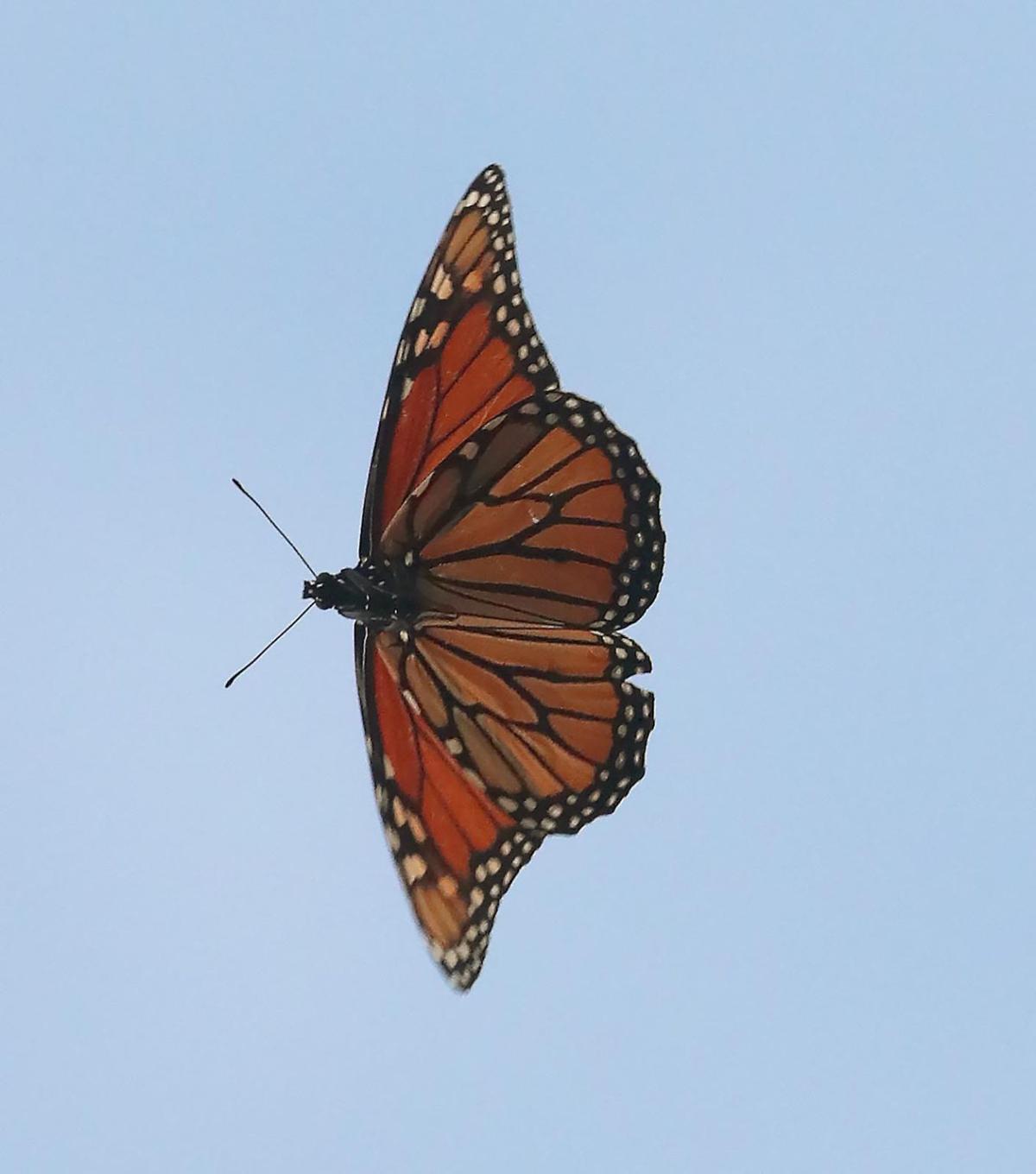 A Monarch butterfly warms in the morning sun at Cape May Point recently. 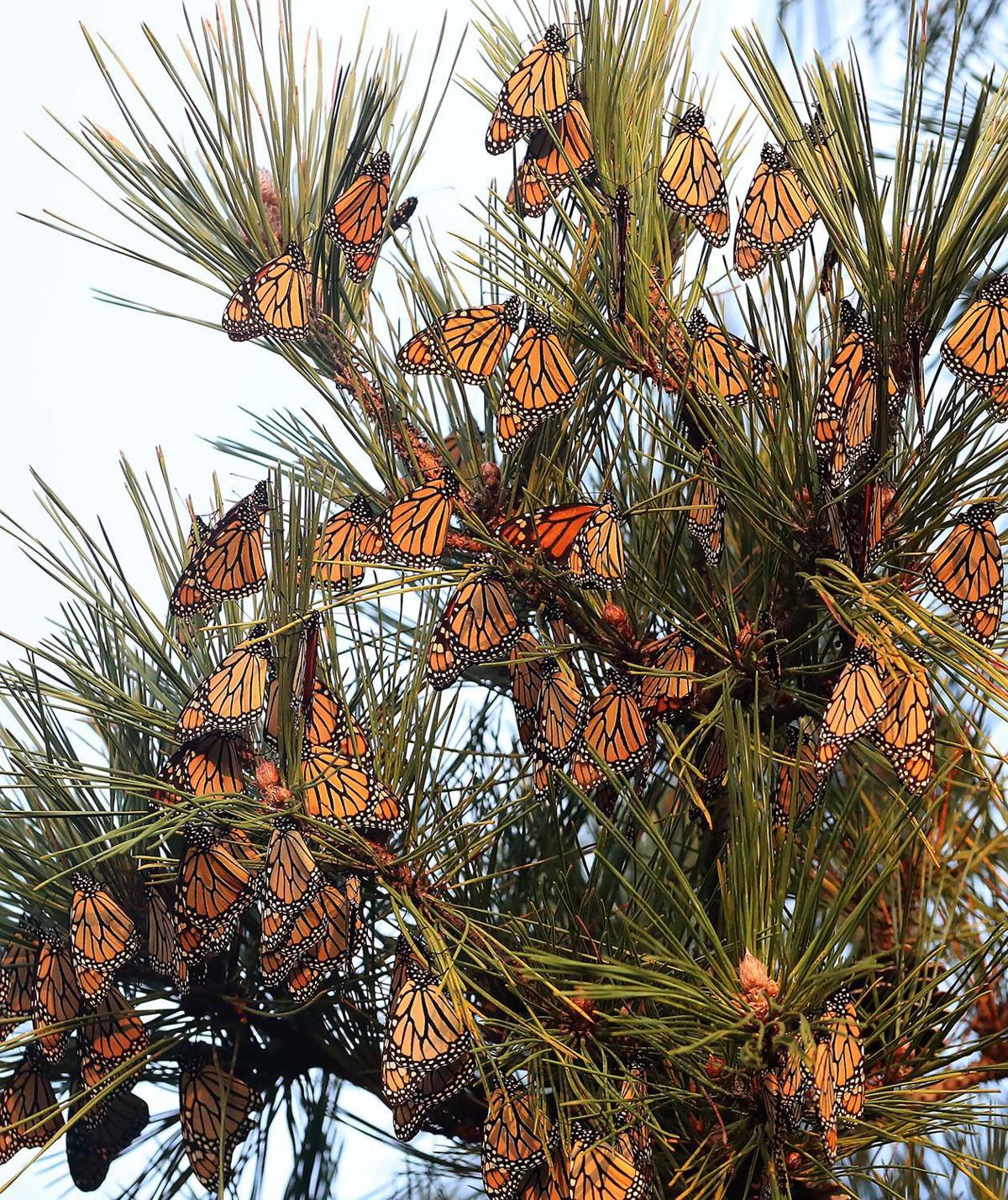 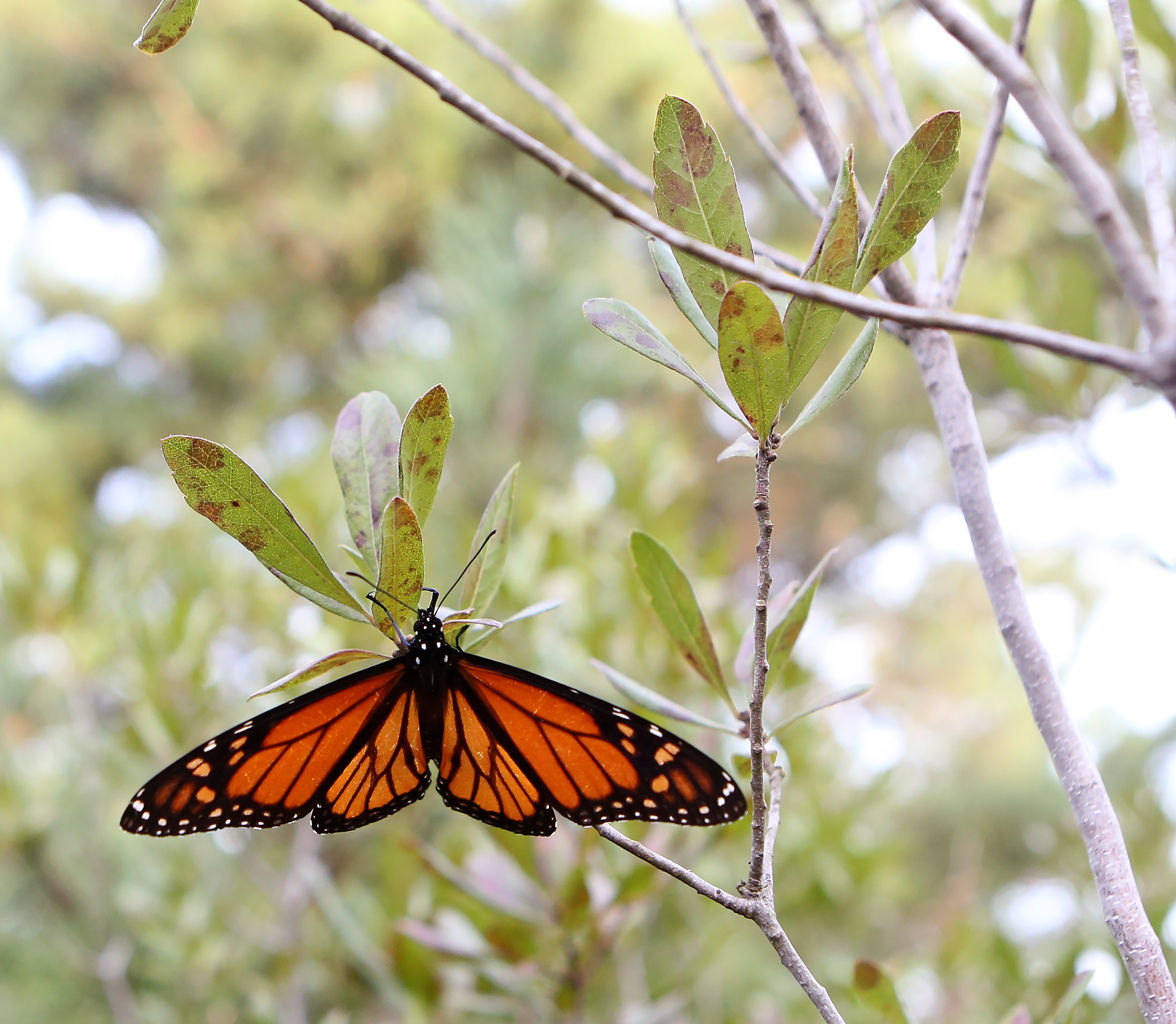 A monarch butterfly rests on bay laurel in the dunes of Cape May Point in November. While the East Coast population of monarchs appeared to rebound last year, there were fewer spotted in the western count.

An annual census of western monarch butterflies overwintering along California’s coast has found the insects’ numbers are at their lowest point in five years.

Volunteers with the Xerces Society’s Western Monarch Thanksgiving Count visited more sites last fall than ever before, yet they tallied fewer than 200,000 monarchs, the organization said.

In contrast, the nation’s longest-running monarch butterfly count based in Cape May found the East Coast population had rebounded in 2017. Butterflies that migrate through Cape May spend the winter in the mountains of Mexico.

The average hourly count of migrating monarch butterflies through Cape May Point from Sept. 1 to early November increased to about 95 last year from about 15 the year before, according to the Cape May Bird Observatory’s Monarch Monitoring Project.

Yet the numbers were still just about half that of 2012, when an average of about 183 were spotted per hour.

Monarchs that spend the winter in forests along California’s central coast are born on milkweed plants throughout western states such as Arizona, Utah, Idaho and Washington.

The western population of monarchs has undergone a long-term decline similar to that of eastern and central U.S. populations. Declines have been blamed on a lack of milkweed, the insects’ only food source for its larvae. Changing agricultural practices have resulted in less milkweed growing around farm fields.

Another factor may be California’s unseasonably warm temperatures, wildfires, smoke and mudslides this past fall.

The count occurs during a three-week period around Thanksgiving. Biologists, land managers and citizen scientists visit overwintering sites every year to monitor the butterflies, according to Xerces.

Nearly 150 volunteers covered a record 262 sites this year, the organization said. Many also took part in the second annual New Year’s Count, the results of which are still being tallied and will be reported later this month.

“Counts at some of the state’s largest sites were dramatically lower,” said Emma Pelton, conservation biologist with the Xerces Society. “Pismo Beach State Park was down by 38 percent, a private site in Big Sur was down by 50 percent, and the Monarch Butterfly Sanctuary in Pacific Grove was down 57 percent, from 17,100 to just 7,350 butterflies.”

The few sites in which monarch numbers remained stable or increased compared with 2016 include Natural Bridges State Park, Moran Lake and Lighthouse Field State Park, all in Santa Cruz County.

Beach permit change in Brigantine: The state Division of Parks & Forestry will hold a public meeting on changes to permitting for access t…

Want to learn about and help monarch butterflies?

Midwest states planting 1.3 billion milkweed plants for monarchs, which are on the move

Cape May monarch numbers solid this year, but lower than 2017

CAPE MAY — This year was good, but not great, for monarch butterflies migrating through Cape May.

Our view: A little effort by NJ could be a big help for monarch butterflies

Monarch butterflies have been brightly fluttering gems and a unique natural phenomenon since before Europeans arrived on their continent. They…

As is the custom of New Jersey legislators and governors, the dribble of bills passed and signed into laws turned into a torrent as the 2017 s…

The average hourly count of migrating monarch butterflies through Cape May Point increased to about 95 this year from about 15 last year, according to the Monarch Monitoring Project.

A Monarch butterfly warms in the morning sun at Cape May Point recently.

A monarch butterfly rests on bay laurel in the dunes of Cape May Point in November. While the East Coast population of monarchs appeared to rebound last year, there were fewer spotted in the western count.