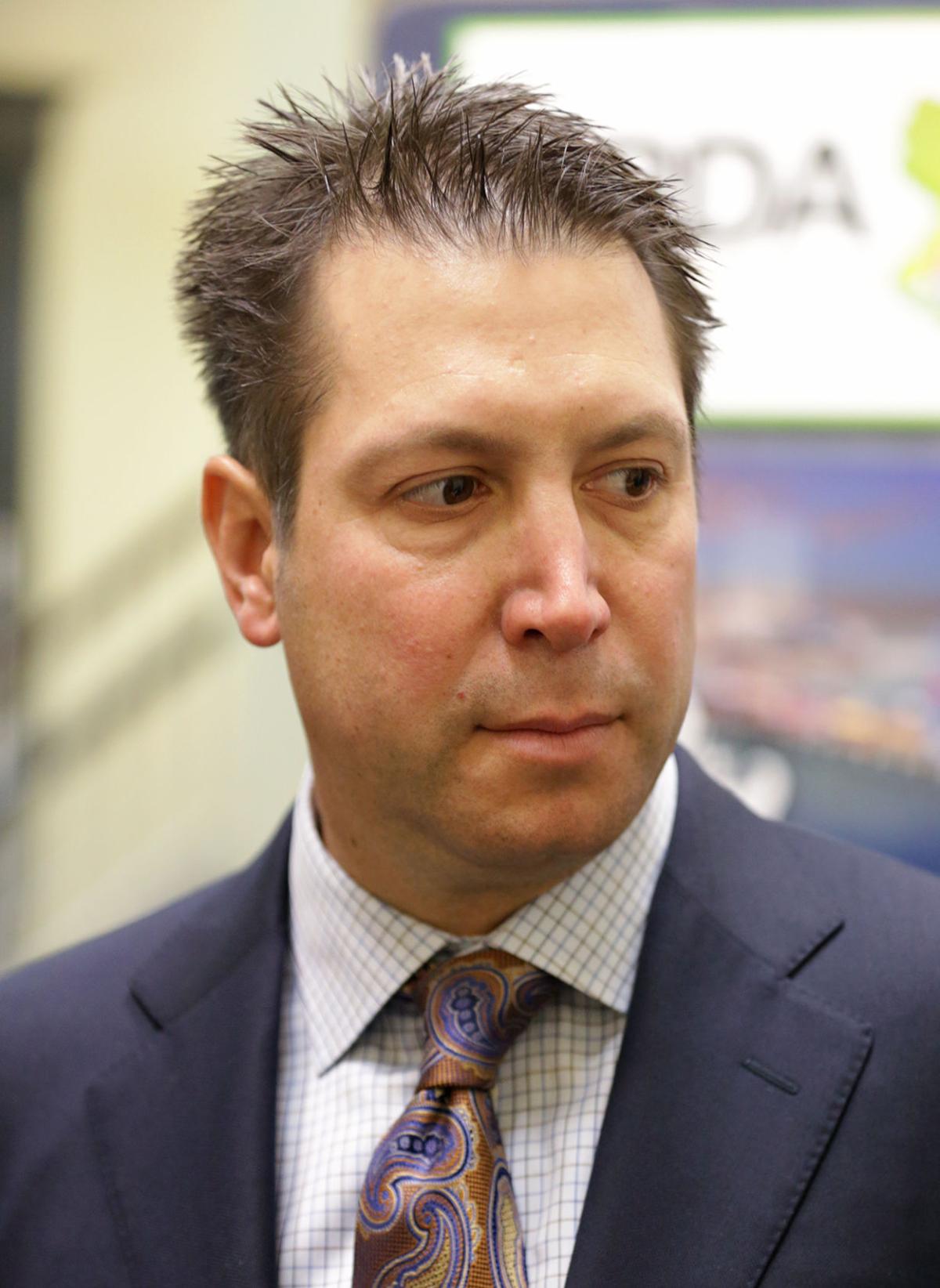 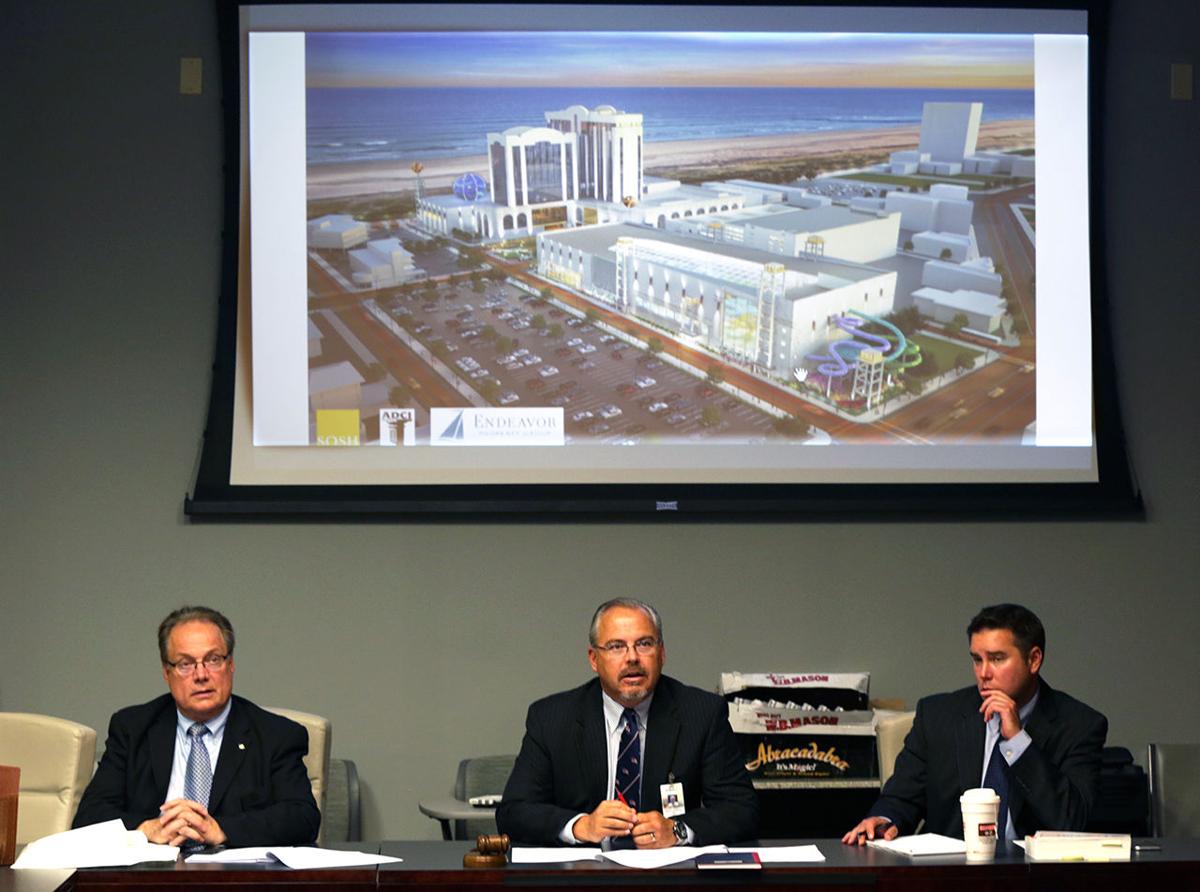 ATLANTIC CITY — This beachfront resort named after the Atlantic Ocean has water, water everywhere, but no water parks.

That would change if a Pennsylvania developer pulls off a dramatic makeover of the former Atlantic Club Casino Hotel into a hotel and entertainment complex featuring two water parks.

Endeavor Property Group wants to give the old casino a $150 million to $165 million facelift that would combine some Dorney Park-style family entertainment with beachfront bars and restaurants catering to an adult audience.

Now shuttered and stark, the Atlantic Club closed in January 2014, the first of four casinos that shut down last year during a severe contraction of Atlantic City’s gaming industry.

Endeavor officials, outlining their plans during a public hearing Thursday, said their project fits in with the city’s strategy to shed its casinos-only image and become a more diversified tourist destination offering shopping, dining and entertainment attractions.

“This will be one more step in the rebirth and revitalization of Atlantic City,” Endeavor attorney Nicholas Talvacchia told officials at the Casino Reinvestment Development Authority, the state agency that oversees planning and zoning in the resort’s Tourism District.

Endeavor first unveiled its redevelopment plan for the Atlantic Club during a CRDA board meeting in June. Thursday’s public hearing was part of the regulatory approval process for the project. CRDA engineering and planning consultants gave their endorsement for the project after Endeavor representatives discussed it in great detail.

CRDA officials are excited by the prospect of converting an empty hulk overlooking the southern end of the Boardwalk into what they said would be “a beacon” for more tourists.

“This will enliven this side of the Boardwalk to a great extent,” said Lance Landgraf, the CRDA’s planning director.

Endeavor, of Devon, Pennsylvania, is negotiating to buy the Atlantic Club’s buildings and land across the street from Florida-based TJM Properties Inc. Jason Sieminski, Endeavor’s general counsel and company principal, declined to divulge terms of the deal or say when the sale is expected to close. However, he did say Endeavor hopes to reopen the site as a hotel and entertainment complex in the winter of 2016-2017.

Plans include resurrecting the Atlantic Club’s two hotel towers — a combined 809 rooms — and possibly creating some condominium and timeshare units. The Atlantic Club’s old parking garage would be reopened to serve hotel guests.

The centerpiece of the project is a proposed 81,000-square-foot indoor water park. It would be built across the street from the Atlantic Club, on the block bordered by Pacific, Atlantic, Boston and Sovereign avenues. The site had served as a surface parking lot for the Atlantic Club.

Operating as a year-round attraction, the water park would include a surf area, a wave pool and water slides to create an “absolutely spectacular” family friendly attraction, said Jon Barnhart, Endeavor’s engineer.

Another indoor water park, this one offering 27,000 square feet of space, would be a focal point of Endeavor’s redevelopment plan on the Boardwalk and beach side of the Atlantic Club complex. The smaller water park, occupying about 220 feet of Boardwalk frontage, would feature swim-up bars and have a more adult vibe to it, Endeavor officials said.

Endeavor also plans to build a beachfront bar and restaurant between the Boardwalk and dunes. It would operate year-round. Another beach bar, located closer to the ocean, would function as a summer attraction.

The Atlantic Club’s former casino section would be transformed into new restaurants, meeting space, a ballroom and a large family entertainment center that Sieminski described as an “arcade on steroids.” There would be no casino gambling in the Endeavor project.

During the public hearing, a handful of residents from the neighborhood surrounding the Atlantic Club were generally supportive of the redevelopment plan, but expressed some fears about potential noise and parking problems that could be created by the project. Sieminski assured the residents that Endeavor would work with them to address their concerns.

A fire that burned dunes near the Atlantic City Boardwalk is under investigation, acting Fire Chief Vincent Granese said.

The owners of Atlantic City’s Claridge Hotel and Atlantic Club are expanding their footprint, buying another hotel in an area that’s the home …

The Atlantic Club is for sale again because ambitious plans for a water park there have fallen through, the owner of the closed Atlantic City …