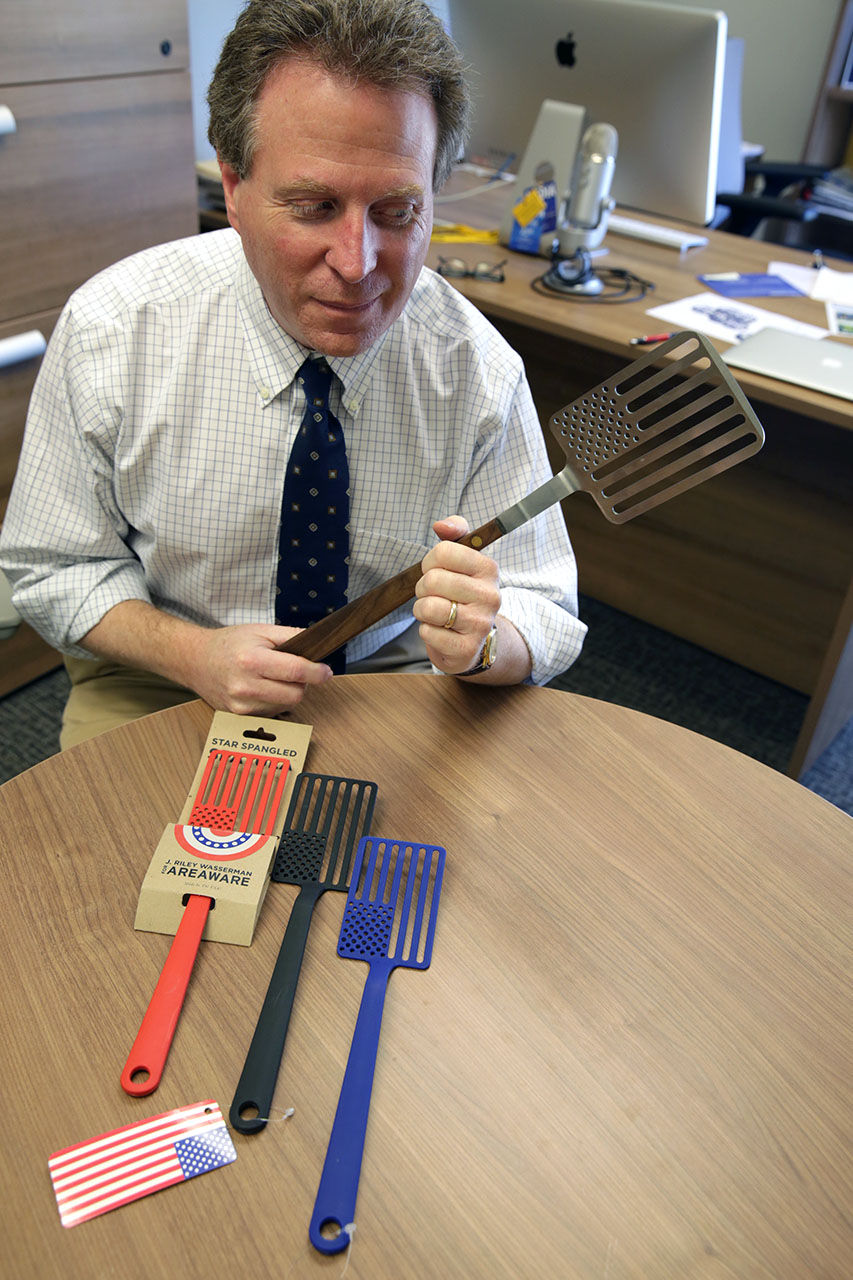 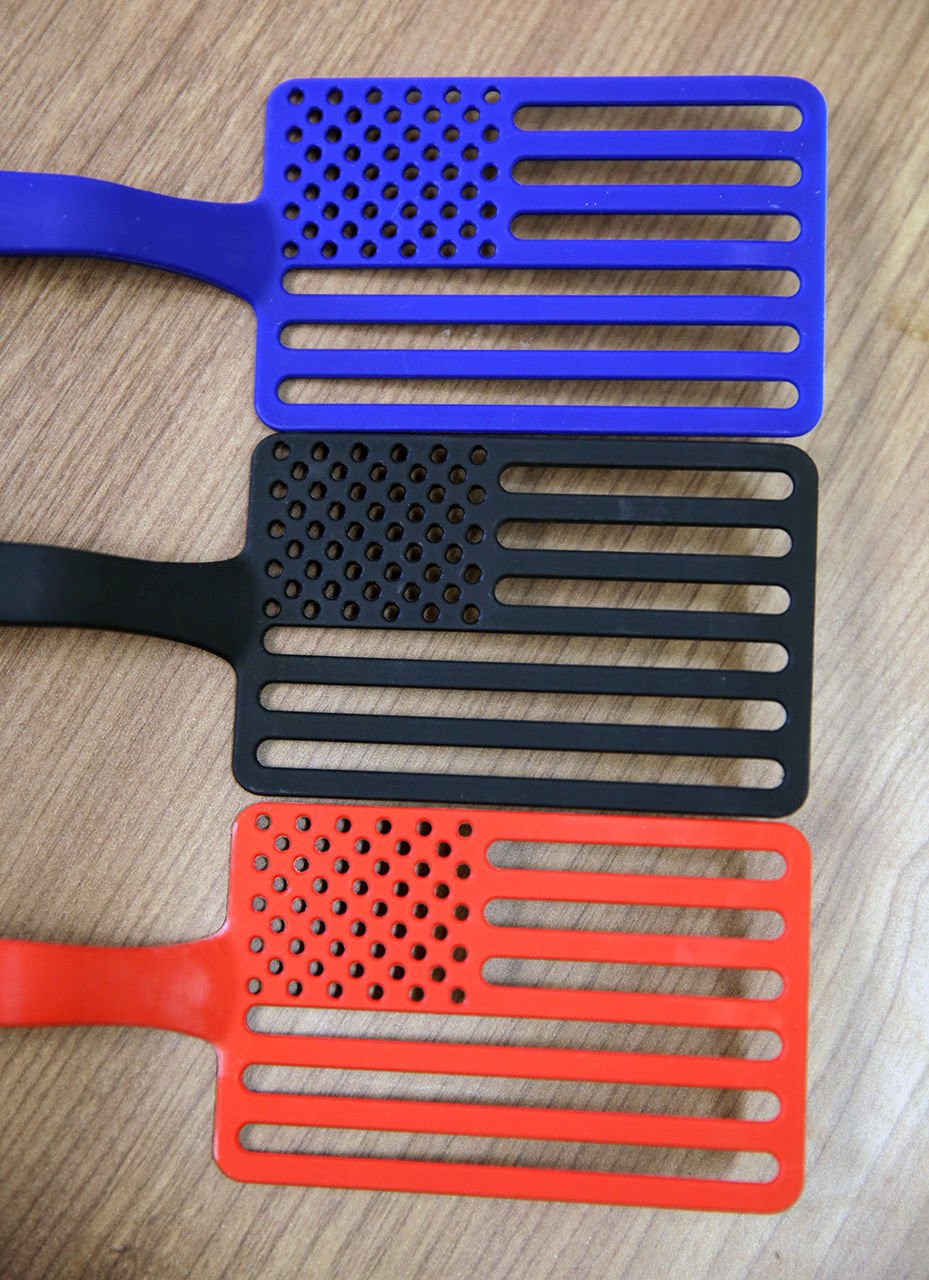 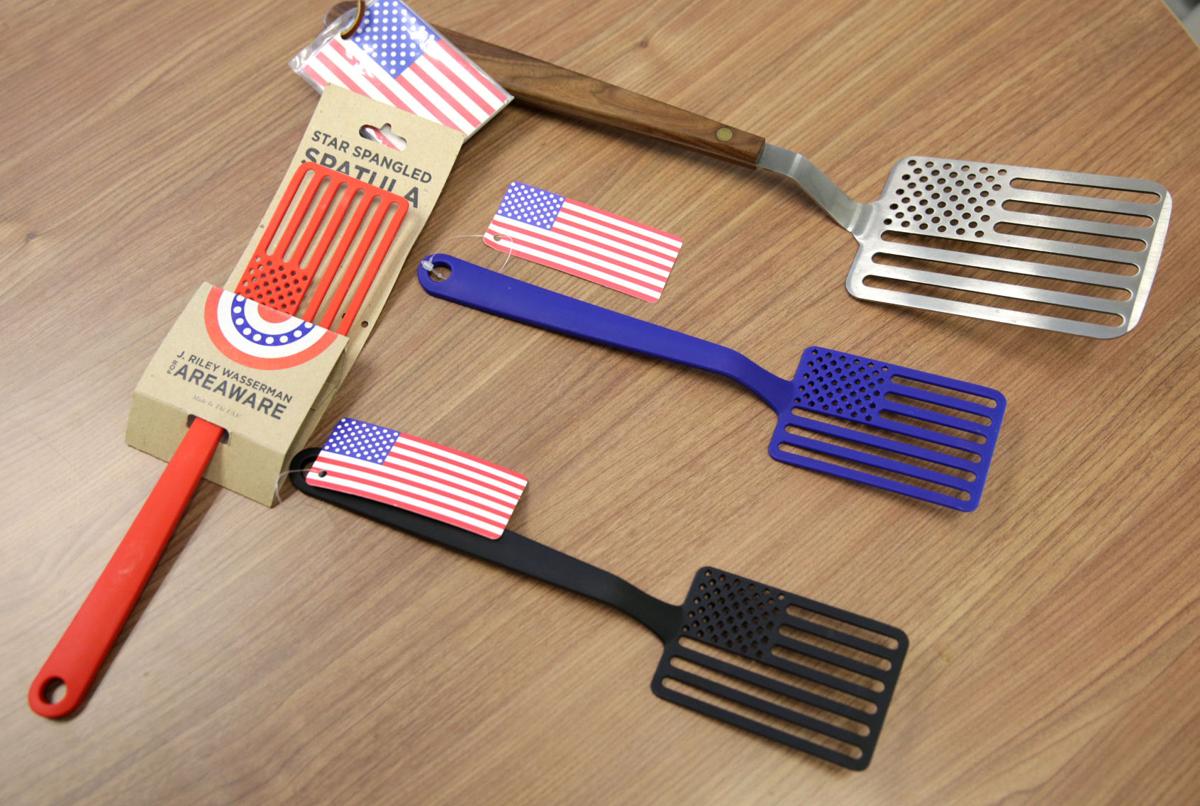 While it may seem trivial, the designation honors one of the county’s native sons whose Star-Spangled Spatula is helping to fight the disease that claimed his life.

Jacob Riley-Wasserman died of esophageal cancer in January at age 26. Proceeds from the sale of the spatula he designed to resemble the American flag while a student at the Rhode Island School of Design are funding research at the Abramson Cancer Center at the University of Pennsylvania, the Philadelphia facility where Riley-Wasserman underwent cancer treatment.

The money is raised in part from sales through the www.flip4cancer.com website Riley-Wasserman created. The spatulas, featured over the years on the Food Network and in publications such as Bon Apetit and Martha Stewart Living, are also available at some retail outlets and cultural museum gift shops.

Riley-Wasserman’s father, Bridgeton resident Keith Wasserman, estimates sales of the spatulas - both the original walnut-and-steel model and subsequent plastic versions - at around $15,000.

“It’s a bittersweet thing,” Wasserman said while looking at the spatulas in his office at Cumberland County College, where he’s the executive director of communications and marketing.

“We have a good amount of people in the community who put on and organize events to benefit cancer research,” Greenberg said. “A lot more of that happens than actual proceeds from products.

“I think Jacob is pretty unique,” she said. “It was really thoughtful of somebody who is young and probably in need of funds himself wanting to give back. This is definitely an incredible legacy that Jacob created.”

That legacy was honored on Feb. 23, when the Cumberland County Board of Chosen Freeholders designated the Star-Spangled Spatula as the county’s official spatula.

The resolution designating the spatula as the county’s official spatula “encourages all residents of Cumberland County to consider purhasing said spatula to support this locally-originated initiative to fight a devastating disease that touches so many in our community and all around the world.” The resolution was approved by a 7-0 vote.

“”I think that Jacob was a gifted individual that we lost at a very young age,” Cumberland County Freeholder Darlene Barber said. “We recognize in Cumberland County that we have a lot of children that are gifted.

“It really shows his determination to leave something special for his family and for children who suffer from the same disease that he did,” she said. “We have to take this opportunity to say good things about our children, especially those children who leave us so young.”

Wasserman said the spatula was actually a sort of add-on to a grill that his son designed as a project at the Rhode Island School of Design. The grill didn’t win over those doing the mandatory critique, but the spatula drew their interest and encouragement, he said.

Riley-Wasserman eventually licensed the product to a New York City company, and fought to make sure the wood-and-steel and plastic models were all made in the United States, Wasserman said.

But things started to go wrong in the summer of 2013, when Wasserman said his son developed trouble swallowing. Tests eventually disclosed that Riley-Wasserman had esophageal cancer, a diagnosis he learned about during his second day at graduate school at the New York University’s Tisch School of the Arts.

“I returned home to southern New Jersey with my parents and immediately began treating a cancer I never saw coming,” Riley-Wasserman wrote on his www.flip4cancer.com website.

“They were really blown away,” he said.” That’s not a common diagnosis for a kid.”

Proton therapy and chemotherapy followed, Wasserman said. Surgery was scheduled for December 2013 until, just four days before the procedure was to be performed, doctors reported that the cancer had spread to his son’s liver, he said.

Wasserman said he hopes the contents are in line with his son’s belief that play be somehow incorporated in the items he designed.