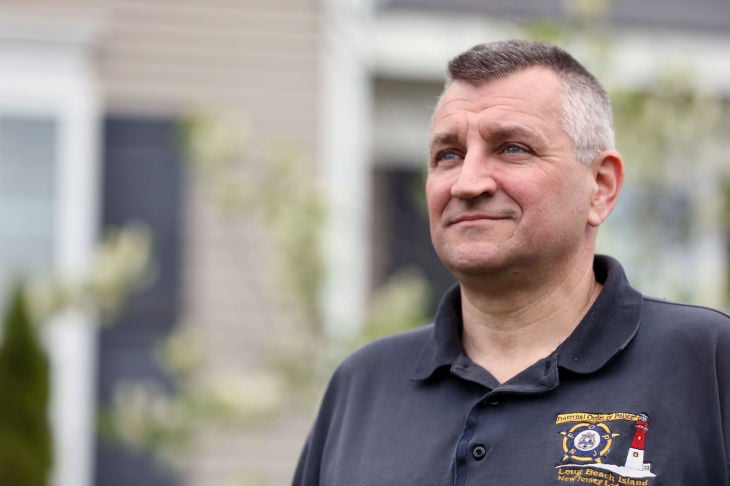 Gerry Traynor, of Galloway Township, fought for the last 20 years to have his father's name added to the National Law Enforcement Officers Memorial in Washington D.C. 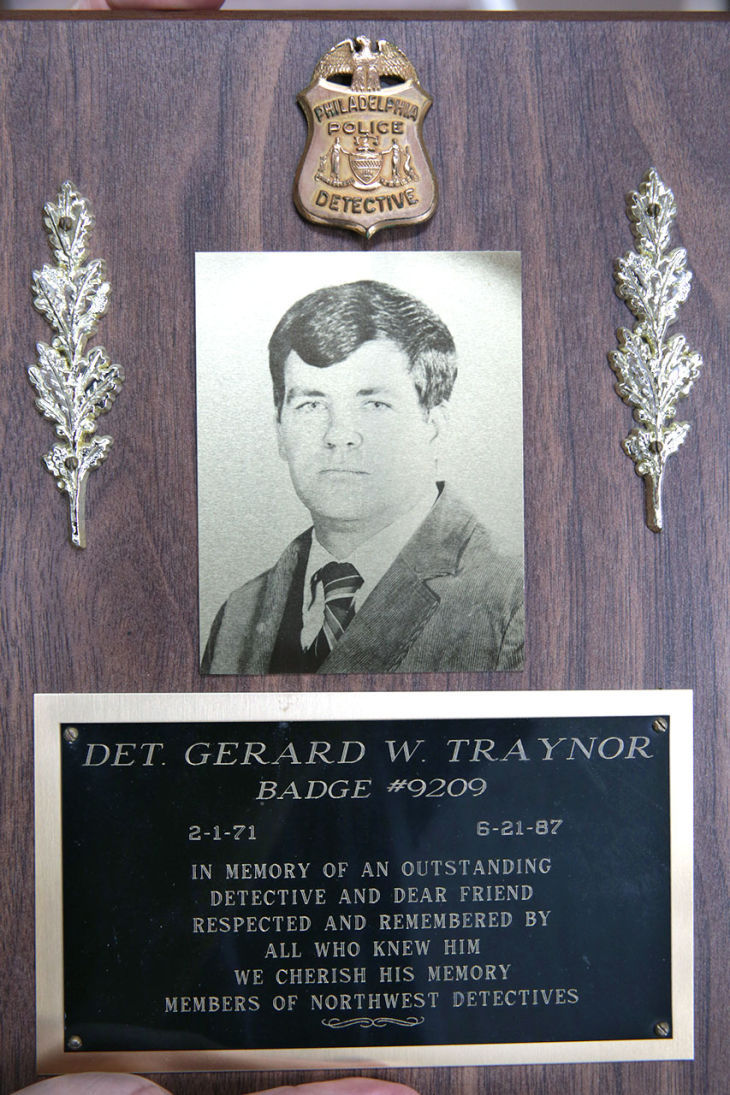 Detective Gerard W. Traynor, pictured, died of a heart attack 26 hours after being hit in the chest by an inmate. 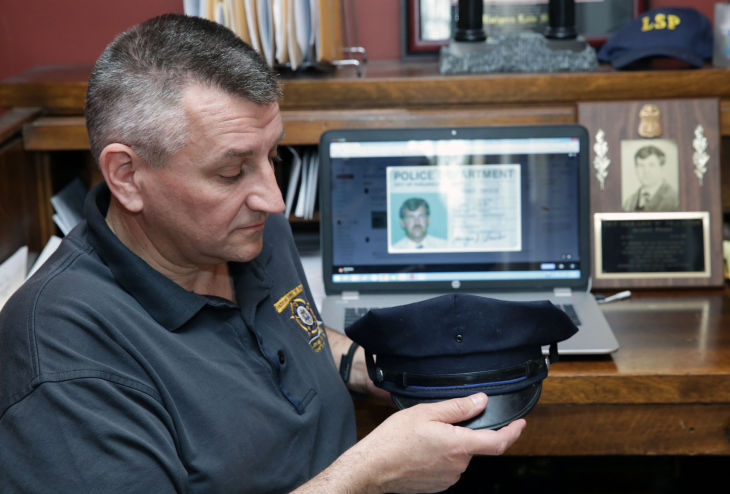 Gerry Traynor, of Galloway Township, looks over his father's police hat at home. He fought for the past 20 years to have his father's name added to the National Law Enforcement Officers Memorial in Washington D.C.

GALLOWAY TOWNSHIP — Gerard Traynor has completed a 20-year quest to have his father’s name added to the wall at the National Law Enforcement Officers Memorial, which honors those killed in the line of duty.

A rule governing deaths that followed an on-duty incident had left his father’s untimely death just outside the 24-hour window after the on-duty incident tied to it. It took two decades, but that rule has changed, Traynor said.

The name of his father has been added to the wall, and the fallen hero will be recognized Tuesday evening during a candlelight vigil at the memorial.

“I wasn’t going to stop,” he said. “Some tasks are like climbing a mountain, but sometimes you have to go through that mountain.”

In 1987, Traynor was 21 years old when his father, Philadelphia police Detective Gerard W. Traynor, suffered a fatal heart attack a little more than 26 hours after he was involved into an altercation with a prisoner attempting to escape.

During the scuffle, the prisoner beat and punched Gerard W. Traynor in the chest.

“It was Father’s Day weekend and he came to LBI after work and he wasn’t feeling well. Just after he went to bed that night he suffered a heart attack,” Traynor said.

Traynor, who was a lifeguard, worked on his father in the ambulance, but it was too late. The 16-year veteran, husband and father of two died the morning after he was assaulted. He was 41 years old.

“I am thankful that the last words I said to my father before we went to bed that night was, ‘Happy Father’s Day’ and ‘I love you,’” Traynor said.

It proved a long and puzzling battle, involving letters to Washington and the submission of a 68-page brief to support his fight. By then, Traynor had started his own police career in Long Beach Township, even though he had never wanted to be a cop.

“After his death I was angry and I wanted to prove I hated the job. But once I became a cop, I loved it,” he said.

He became an attorney in 2001, an accomplishment necessary to complete this mission.

Traynor said Bernetta Spence, director of Memorial Programs Research at the memorial, assisted him for many years as he tried to have his father’s name added to the wall. Spence said she pulled his father’s file, along with others who died just a few hours after the 24-hour window, because she felt the deaths needed to be re-examined for addition to the memorial.

The board reviewed Gerard W. Traynor’s death along with his son’s 68-page brief, which included expert statements. In March, it decided to add the name this year.

“I can’t explain what it was like when I got that call. I was crying like a baby — and I am not someone who cries easily,” Traynor said. “I think my dad would be proud, but I think he would be more proud that I changed something that will benefit other law-enforcement officers.”

Traynor is one of 108 police officers from the Philadelphia Police Department who have died in the line of duty, and the addition of his name to the wall in Washington, D.C. will bring closure for the family, said Robert Ballentine, a retired detective and recording secretary of the Philadelphia Fraternal Order of Police Lodge 5.

“I did know him. He was assigned to Northwest detectives and I left there two years before he was killed and went to homicide,” Ballentine said. “He was a good man. He was a good detective and he was always there help.”

Gerry Traynor, of Galloway Township, fought for the last 20 years to have his father's name added to the National Law Enforcement Officers Memorial in Washington D.C.

Detective Gerard W. Traynor, pictured, died of a heart attack 26 hours after being hit in the chest by an inmate.

Gerry Traynor, of Galloway Township, looks over his father's police hat at home. He fought for the past 20 years to have his father's name added to the National Law Enforcement Officers Memorial in Washington D.C.