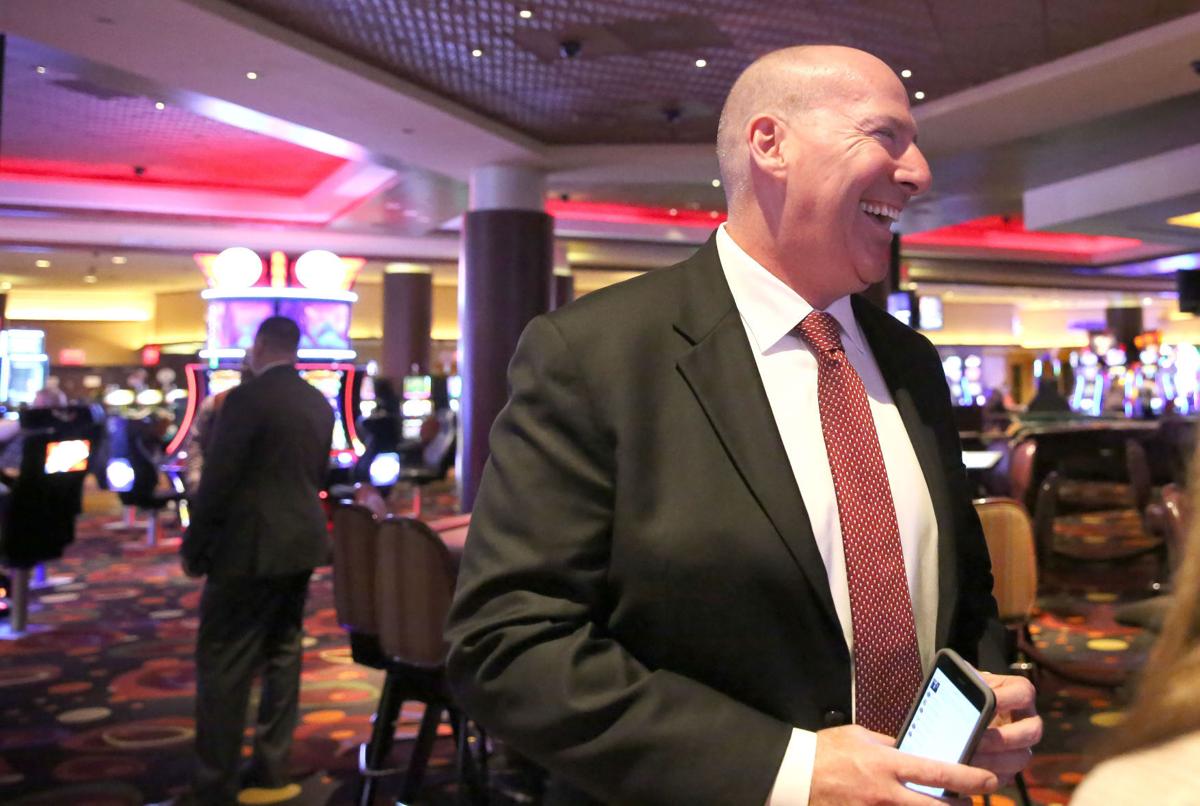 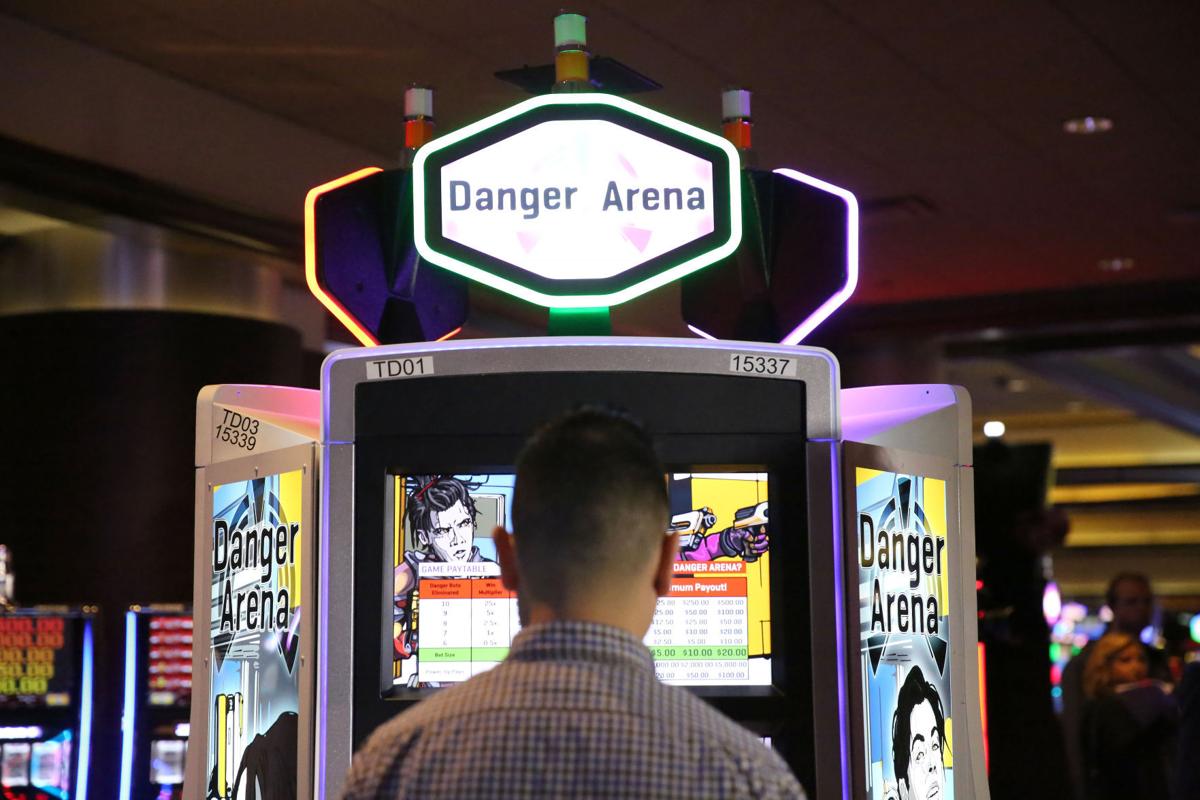 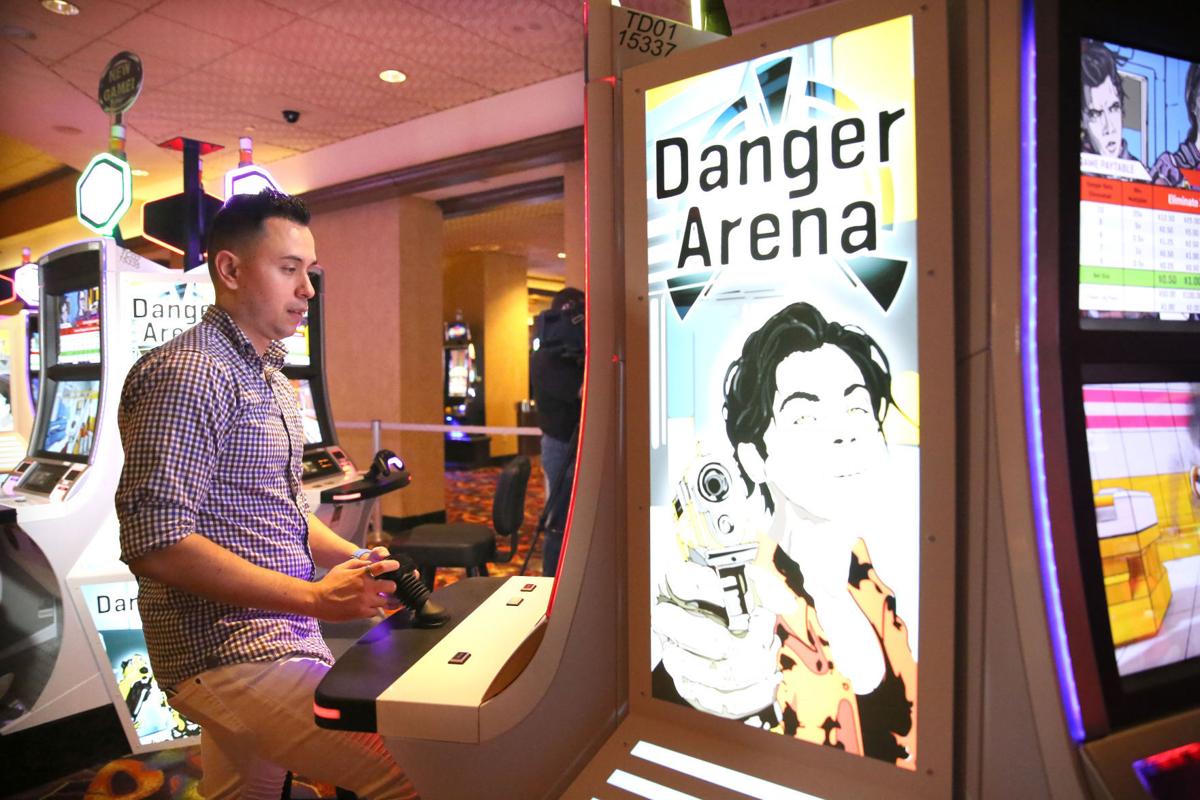 Professional gamer Mannie Rodriguez, of Dallas, plays Danger Arena, a skill-based gambling machine, during its introduction in November at Harrah’s Resort. Payouts are determined by a player’s skill at shooting robots.

When Caesars Atlantic City introduced skill-based games at its three properties in the resort in November, casino officials hailed it as a game-changer.

“We envision a bright, revitalized future in Atlantic City as a new generation of gamers find their way here,” proclaimed Blaine Graboyes, co-founder and CEO of GameCo, a skill-based gaming developer, during an event unveiling the machines in November.

But after six months, there is no sign of the skill-based gaming at Harrah’s Resort, Caesars or Bally’s Atlantic City. The more than 21 games installed at the properties were removed after they failed to make enough money to cover vendor fees, said Melissa Price, senior vice president of gaming enterprise for Caesars Entertainment.

Unlike traditional games of chance, skill-based games pay players based on their skill, although their payout formula — they return about 83 cents on every dollar spent — is consistent with slot machines.

“We all understood that we were learning and experimenting,” she said. “It was a big learning experience for all of us. People have to come find the games in a sea of 1,500 slots.”

Skill-based gaming was billed as a way to attract the millennial market to the slot machines. From skill-based gaming to e-sports, the city’s casino industry has looked for ways to entice millennials, those born between 1980 and 2000, over the past couple of years.

Numbering 75.4 million, millennials have overtaken baby boomers as America’s largest generation, according to U.S. Census data. Their buying power, which ranges as high as $2.5 trillion, is expected to overtake boomers’ by 2020, which makes them a popular target for businesses.

Despite not making enough money to cover vendor fees, Price said, 71 percent of the play at the skill-based gaming machines was from millennials.

“If I put a game in the middle of the sea of slots, it just looks the same. Potential players just walk right past,” Price said, adding they are still committed to skill-based gaming at their properties.

While Caesars decided to remove their skill-based gaming machines, Tropicana Atlantic City offers three games on the main casino floor and Slots in the Quarter.

Graboyes said they continue to work with Caesars to develop skill-based gaming, and the removal of the machines led to no hard feelings.

“Gamers love video games,” Graboyes said. “Video-game players love playing video games, and we are looking for that type of experience in the casino. What the casinos have to offer is a level of hospitality that you don’t get at the arcade.”

ATLANTIC CITY — The state Casino Control Commission approved the appointment of five directors of Caesars Entertainment Corp. as part of its o…

Will the potential increase in slots in Pennsylvania affect AC?

ATLANTIC CITY — The resort’s gaming industry could be under another threat from Pennsylvania, this time in the form of slots at bars and the i…

Professional gamer Mannie Rodriguez, of Dallas, plays Danger Arena, a skill-based gambling machine, during its introduction in November at Harrah’s Resort. Payouts are determined by a player’s skill at shooting robots.