OCEAN CITY — The family of John Delgrande, a sophomore at Ocean City High School, released a statement late Friday saying the teen died as a result of “his traumatic ordeal with suicide.”

“We don’t know any other way to say this, nor do we fully grasp what caused him to do this,” the family’s statement said. “We do feel that it is important that … the student body understand that there is nothing in life that can’t be overcome with listening, caring and understanding that everyone is different. Death is not the answer to solve one’s problems — ask for help and get help for those that ask.” 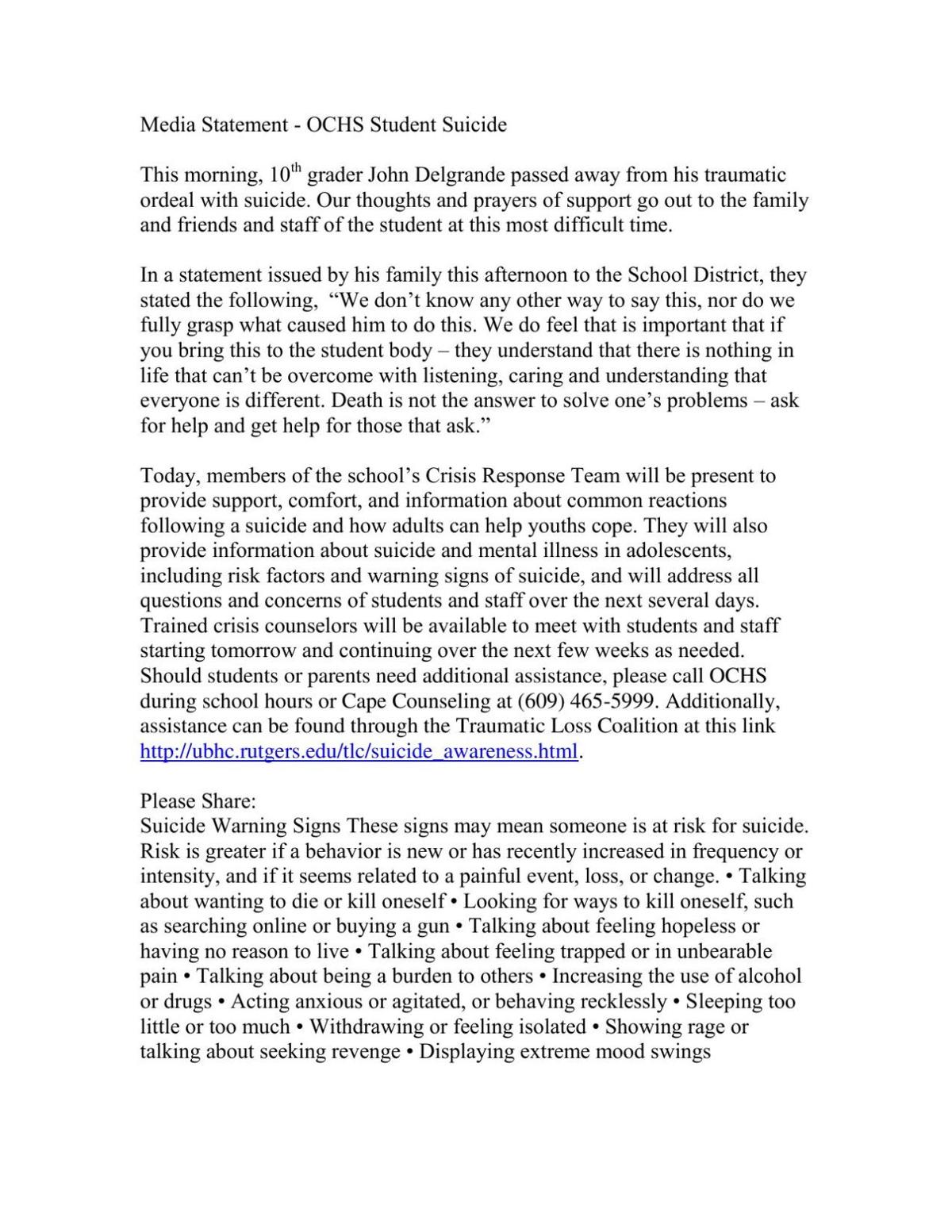 Delgrande is the second Ocean City High School student in less than a year to take their own life.

In December 2014, Maliha Chowdhury hanged herself at home. Her family said at the time she suffered from depression and had been bullied. She was awarded a diploma posthumously in June at the graduation ceremony for the Class of 2015.

Delgrande was one of Upper Township Committeeman Jeff Pierson’s grandchildren. 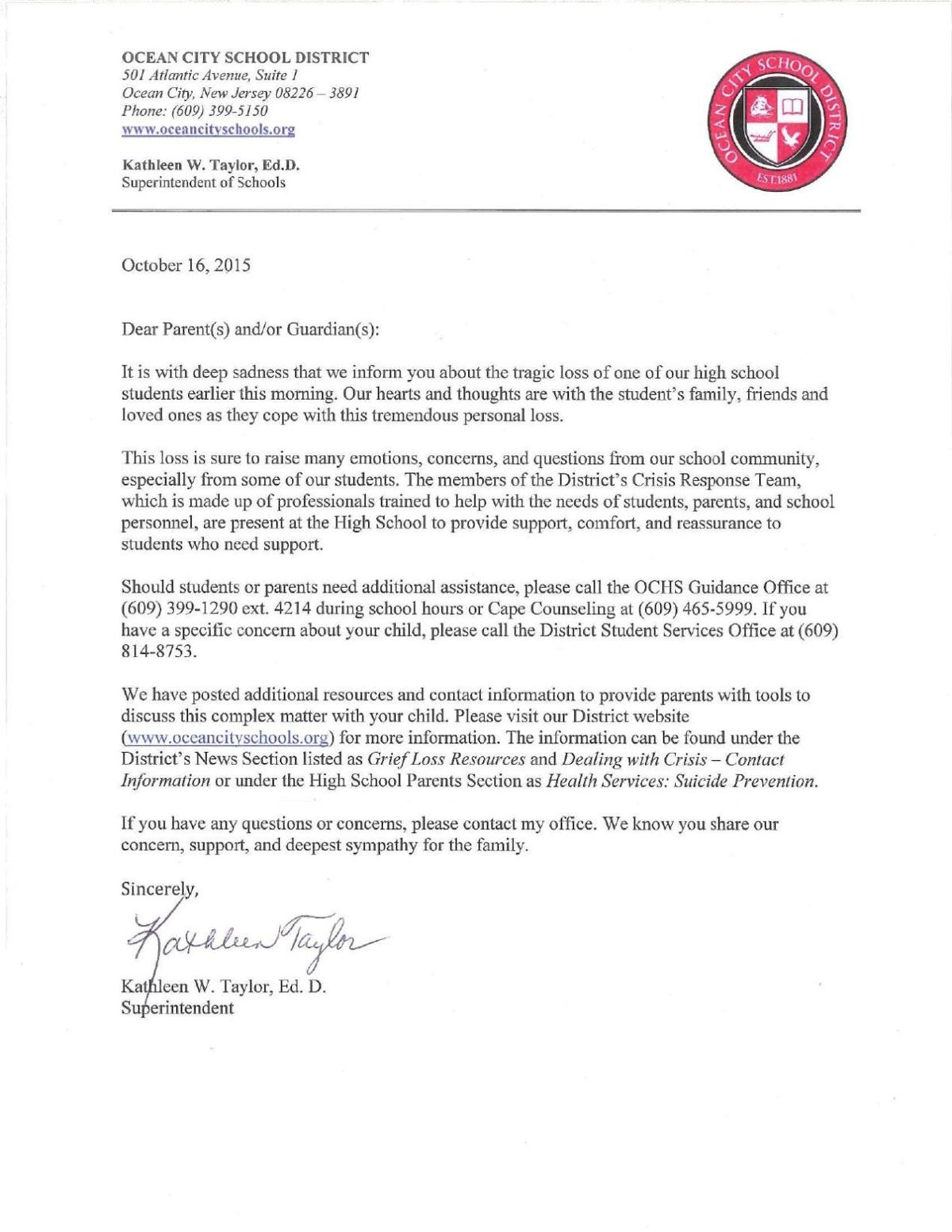 Earlier Friday, the Ocean City School District issued a letter that reported the “tragic loss of one of our high school students.” In her correspondence to parents and guardians, Superintendent Kathleen Taylor outlined the steps the district was taking to help “the student’s family, friends and loved ones as they cope with this tremendous personal loss.”

The school’s Crisis Response Team was available throughout the day providing comfort, support and information on suicide. The school said counselors will continue to be available for the next several weeks. Additional help is available from Cape Counseling at 609-465-5999 or the Traumatic Loss Coalition at http://ubhc.rutgers.edu/tlc/suicide_awareness.html.

Talking about wanting to die or kill oneself.

Looking for ways to kill oneself, such as searching online or buying a gun.

Talking about feeling hopeless or having no reason to live.

Talking about feeling trapped or in unbearable pain.

Talking about being a burden to others.

Increased use of alcohol or drugs. 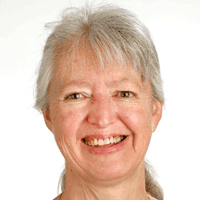 First female hired in the history of The Press sports department (April 1980). I've been a news editor, food editor and reporter, and have interviewed Muhammad Ali, several Miss Americas and chefs who have cooked for presidents and royalty.

OCEAN CITY — This resort’s school district has a long tradition of success in sports and academics. But if things don’t change for the better …

OCEAN CITY – At a time when it is rare for schools to utilize an outside public relations firm for communications services, the Ocean City Sch…