Watch now: Trump and Biden square off in their first presidential debate

As the most densely populated state in the U.S., with one of the oldest industrial bases and highest number of severely polluted Superfund sites, New Jersey may be expected to face severe environmental problems.

And we do. But a coalition of environmental groups led by the New Jersey League of Conservation Voters Education Fund has prepared a plan to tackle some of the biggest environmental threats. 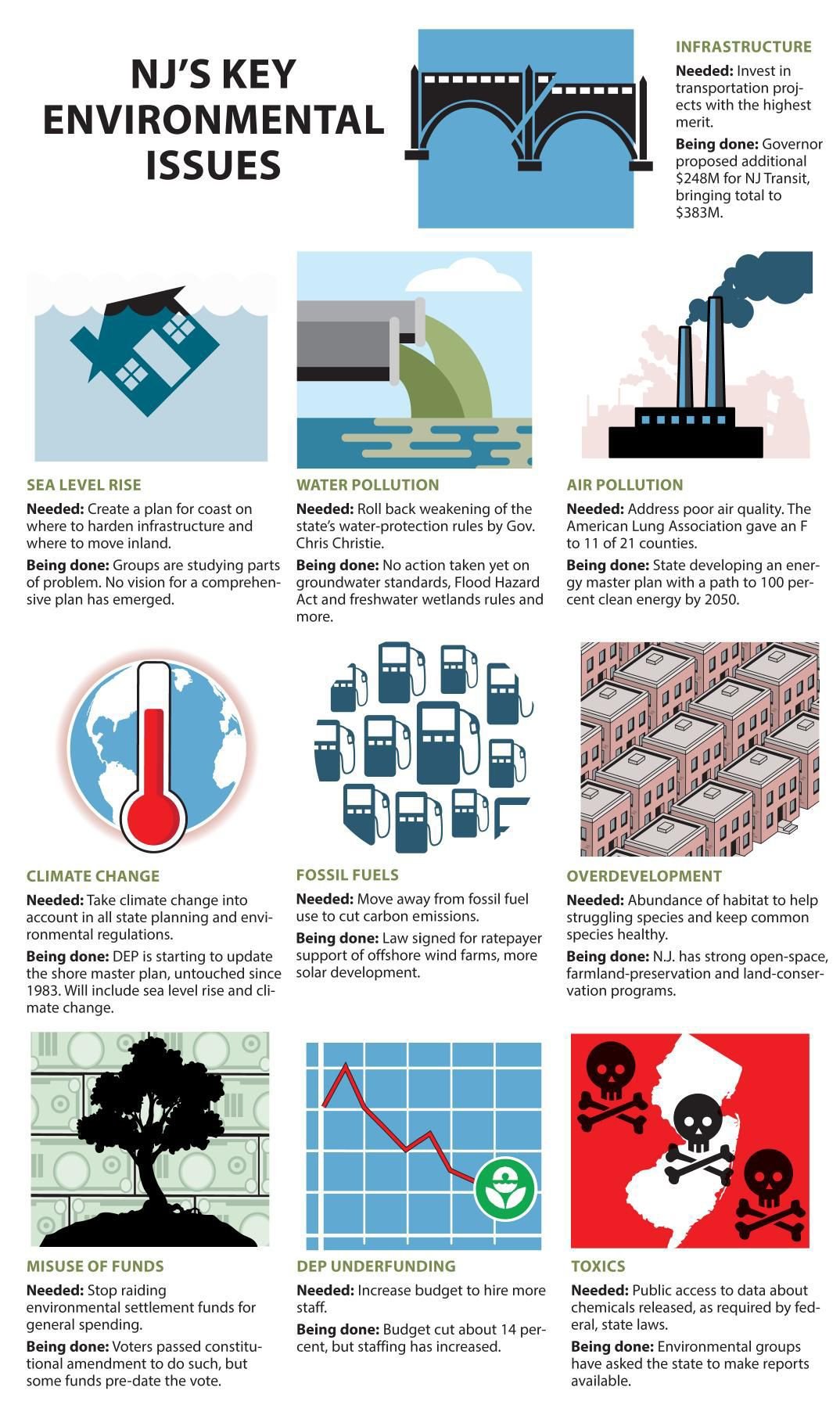 “We have a lot of strains on the land and need to do something about it,” said Ed Potosnak, executive director of the NJLCV.

Any list is subjective. This one used data from the LCV’s “Environmental Agenda 2018: New Jersey’s Conservation Roadmap,” and from other organizations and news reports.

In some ways we are doing well, but in others much needs to be done to even begin protecting residents and workers.

Part of the problem is a lack of understanding of environmental issues, said New Jersey Audubon President and CEO Eric Stiles. That means the public doesn’t fully understand what’s at stake, he said.

“This ties back to Nature Deficit Disorder,” Stiles said, referring to the idea that children spend less and less time outdoors today than they did in the past.

New Jersey Sierra Club Director Jeff Tittel said there are many important environmental threats to be tackled, but wasn’t shy about identifying one that stands above the rest.

“Our biggest unmet challenge is climate change with sea level rise and flooding,” said Tittel. “It’s the biggest existential threat we face along the coast.”

TOMS RIVER — Can Toms River's most notorious Superfund site become an open-air classroom to teach students about the environment?

EGG HARBOR TOWNSHIP — The Federal Aviation Administration has awarded a $36 million, nine-year contract to a Massachusetts firm to continue a …

Gov. Phil Murphy has asked the federal government for a 180-day extension on the comment period concerning new locations for offshore wind dev…

Environmental groups are varied in how they grade Gov. Phil Murphy on his first 100 days.

POINT PLEASANT — Gov. Phil Murphy on Friday signed a ban on offshore drilling in state waters, just before the start of Earth Day and Earth We…

Now that the nuclear subsidy bill has passed the state Legislature, opponents of a plan to provide $300 million per year to Public Service Ent…

PRINCETON — Danish power company Orsted, the world leader in offshore wind farm development, will open an office in Atlantic City in May at th…

How to understand the Regional Greenhouse Gas Initiative: Environment briefs

What will it mean for New Jersey to rejoin the Regional Greenhouse Gas Initiative, a multi-state compact to reduce carbon dioxide emissions by…

Mussels are growing on the bases of the nation’s first offshore wind farm off Rhode Island, creating artificial reefs and bringing new fishing…