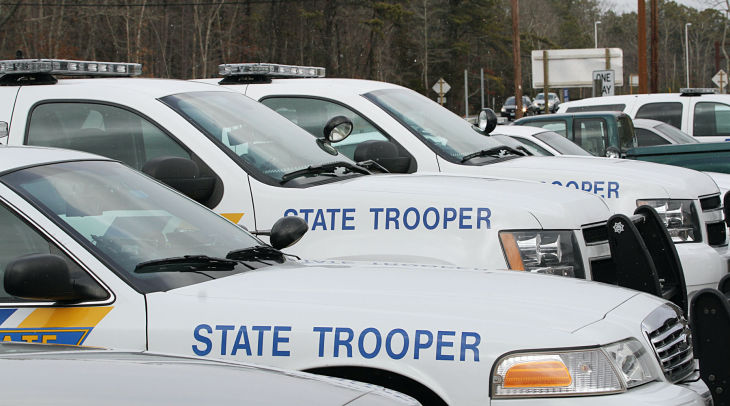 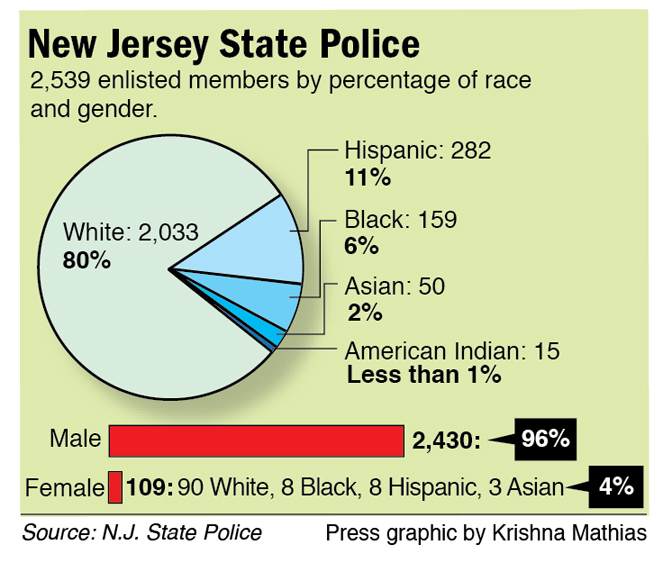 New Jersey State Police will roll out a recruiting campaign this spring to attract new troopers, with an emphasis on bringing more minorities to the outfit — particularly black women.

Major Latrecia Littles-Floyd, the chief of staff of the State Police and an African American, said the State Police have to work harder to attract black women to their ranks, a task they’re failing at currently.

“We have to get out there and ask what is it about the State Police that isn’t attractive?” Littles Floyd said.

And that’s what they’ve been doing, beginning up north and soon extending to South Jersey.

On Feb. 14, members of the State Police and state Attorney General’s Office traveled to Atlantic City to meet with community leaders, elected officials and other law-enforcement agencies to discuss a career day in the city in an effort to expose minority residents to law enforcement.

Shabazz said the Muslim Outreach Group under the state Attorney General’s Office previously held successful law-enforcement career days in northern and central New Jersey to expose the community to police careers. Now, one of those events will take place in South Jersey, sponsored by Atlantic City's Coalition for a Safe Community, Shabazz said.

Shabazz said he was impressed by New Jersey State Police Sgt. Brian Polite, a black man who grew up in Newark, Essex County. At the February meeting, Polite told his story of pursuing a career in law enforcement.

“I think there are a lot of Brians in the Atlantic County area who could benefit from this type of program. A lot of times people just need the information. There are some people who have thought about it and then put it out of their minds. I think there is enough interest for us to have a successful event,” Shabazz said.

Polite said when he was growing up in Newark there were not a lot of positive role models and he didn't have much exposure to law enforcement. In his neighborhood, he said, it was always thought of as a bad thing.

“When I got to college and became a trooper, I wanted to change that and show young people that law enforcement is not the enemy. This is a good job and you can make a difference in your community,” he said.

Polite said he never knew what a state trooper in uniform looked like until the day he went to take the test.

Encouraging young people to look at a career in law enforcement is essential to the success of the recruitment drive, said Coursey, particularly in cities where youths don’t typically pursue that avenue.

Minority female officers are a priority in this latest campaign. In its history, the agency has never had more than 13 black females enlisted at one time, data show. The first black, female trooper was Sharon McDonald-Striggles, who started in 1978 and retired as a captain in 2005.

Littles-Floyd, 48, started her career in 1995 at age 31, following in the footsteps of her father, Valcocean Littles, who became the agency’s first African American lieutenant colonel.

Now, she dedicates her time to going into the communities that may harbor misconceptions about the State Police and finding out what is keeping residents from applying.

“I think we’ve done a great job in our recruiting efforts, but in order to attract more African-American females we need to overcome their preconceptions about the job,” she said.

The last two State Police classes were the most diverse, but again fell short in the number of black female members, Littles-Floyd said.

In December, the State Police graduated 118 new troopers, including 30 Hispanic troopers and 19 black troopers. There were five females in the class, and three of them were white.

Littles-Floyd said she reminds candidates considering a career in the State Police that she retains her individuality when putting on the uniform.

“I can name all eight of us actually,” said the 38-year-old Lascik who works in the agency’s Internal Affairs Division in Cherry Hill.

In 2001, she graduated from the State Police Academy at 23. She was one of eight females in five graduating classes that year.

Hiring more female and minority troopers would only benefit the organization and its public perception, Lascik said. If potential applicants see more female troopers they will be more inclined to believe they can do it, too, said Lascik, who participated in the last application process and fielded questions from applicants.

“Can I have a family? Am I going to lose myself in this whole six-month process or can I maintain myself and get myself back? And the answer is yes,” said the mother of five.