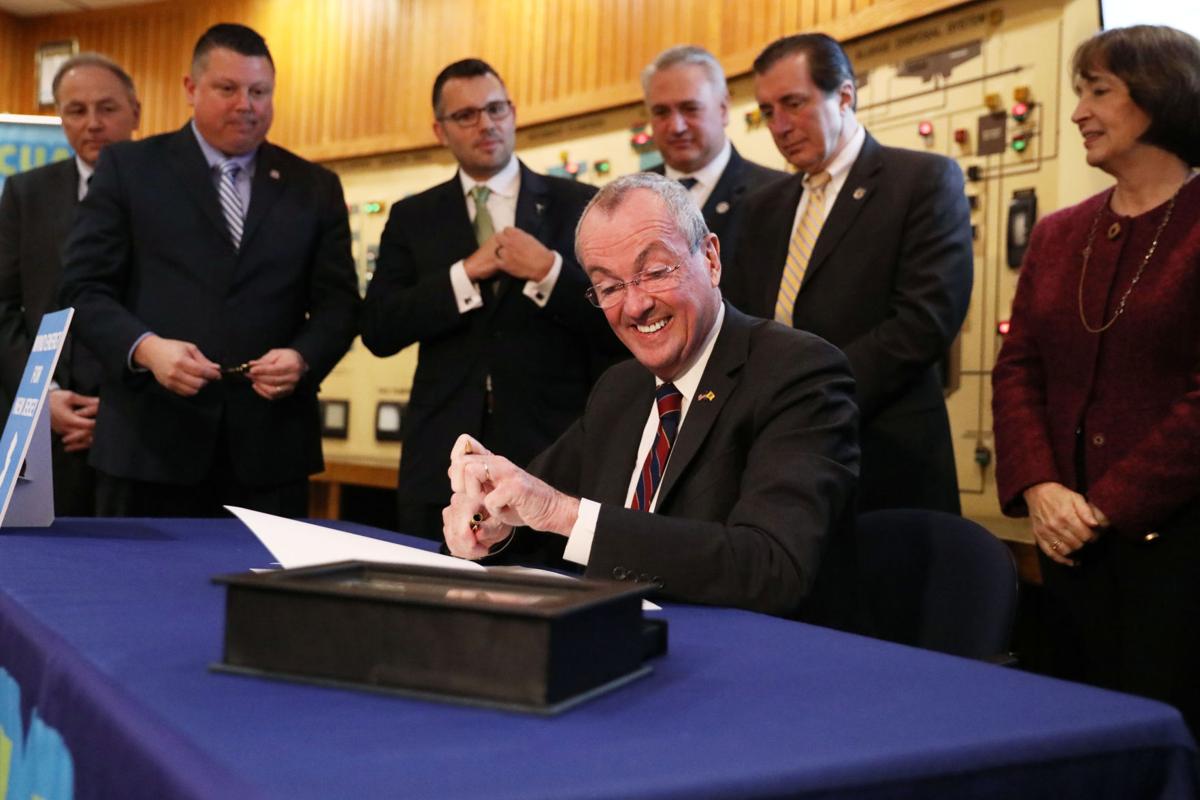 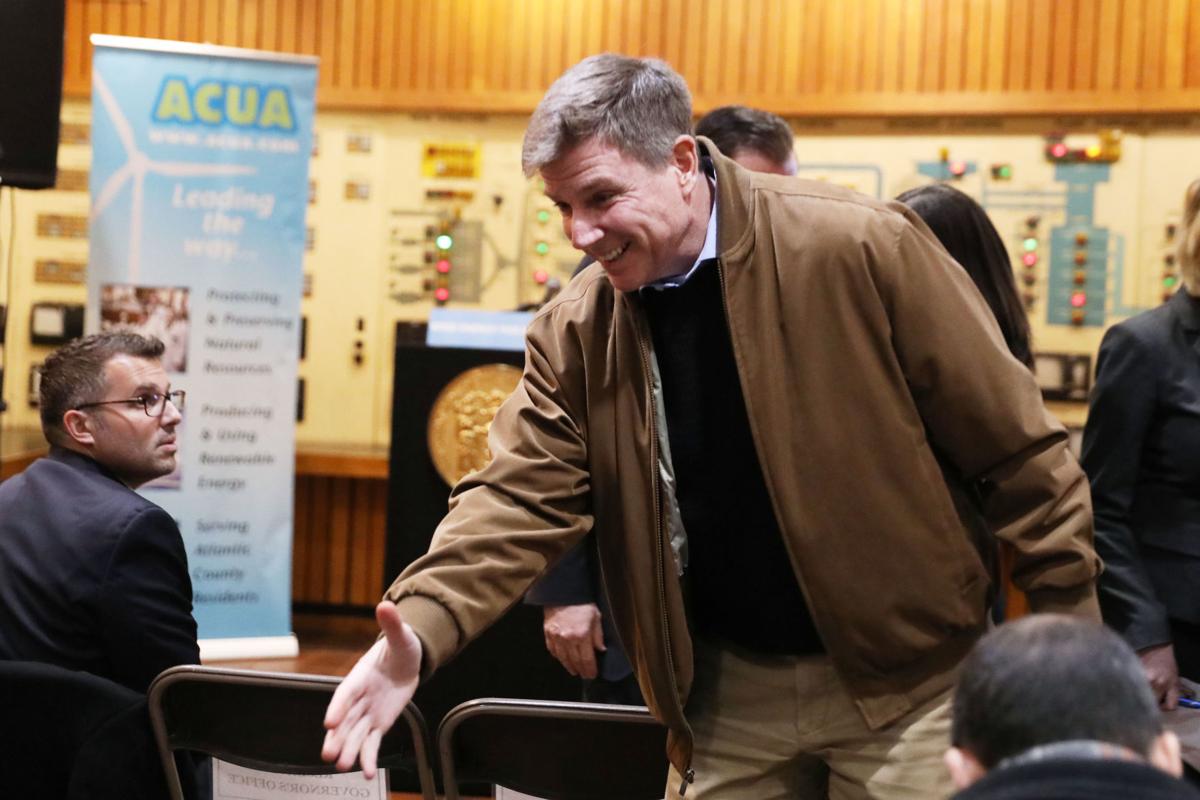 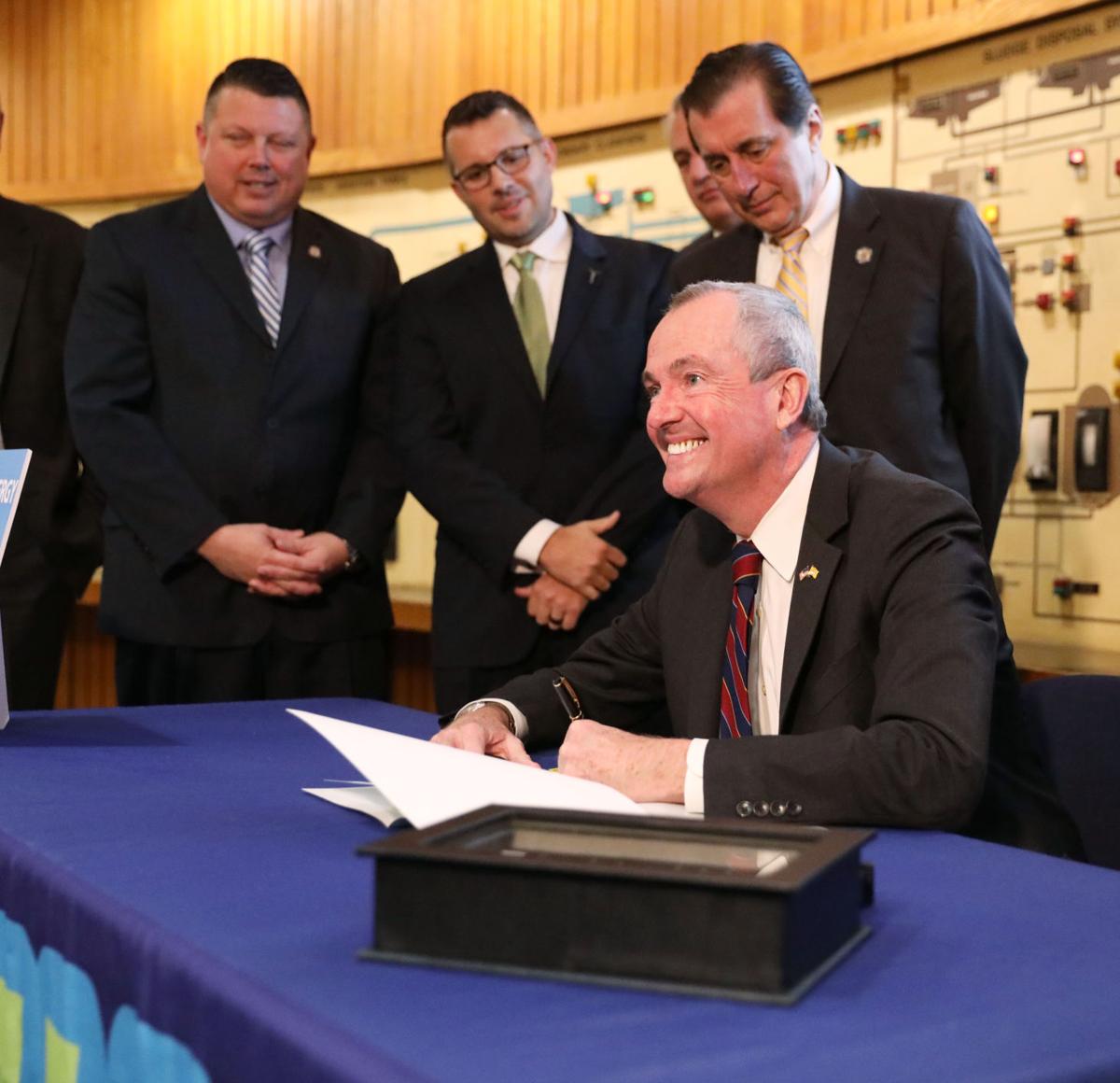 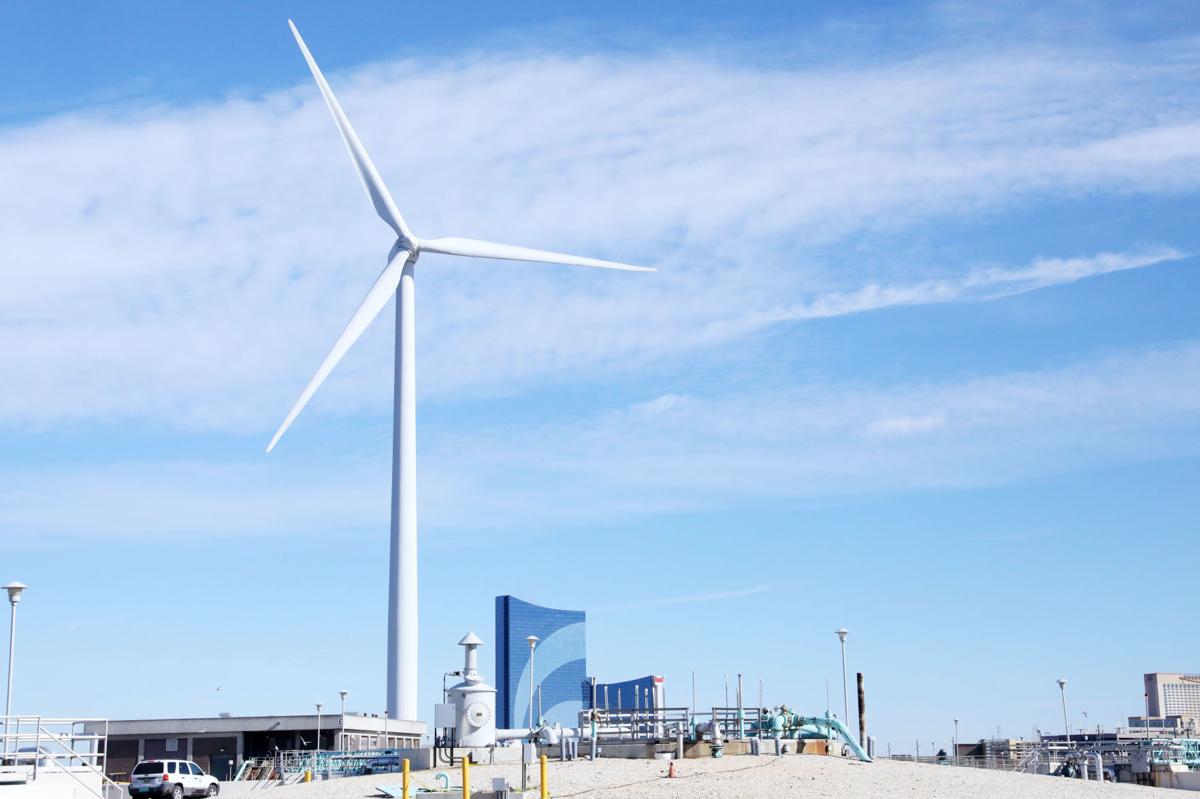 Atlantic City has one of New Jersey's first wind farms, the 7.5 megawatt Jersey-Atlantic Wind Farm that opened in 2005 on the grounds of the Atlantic County Utilities Authority's wastewater treatment facility off Route 30. 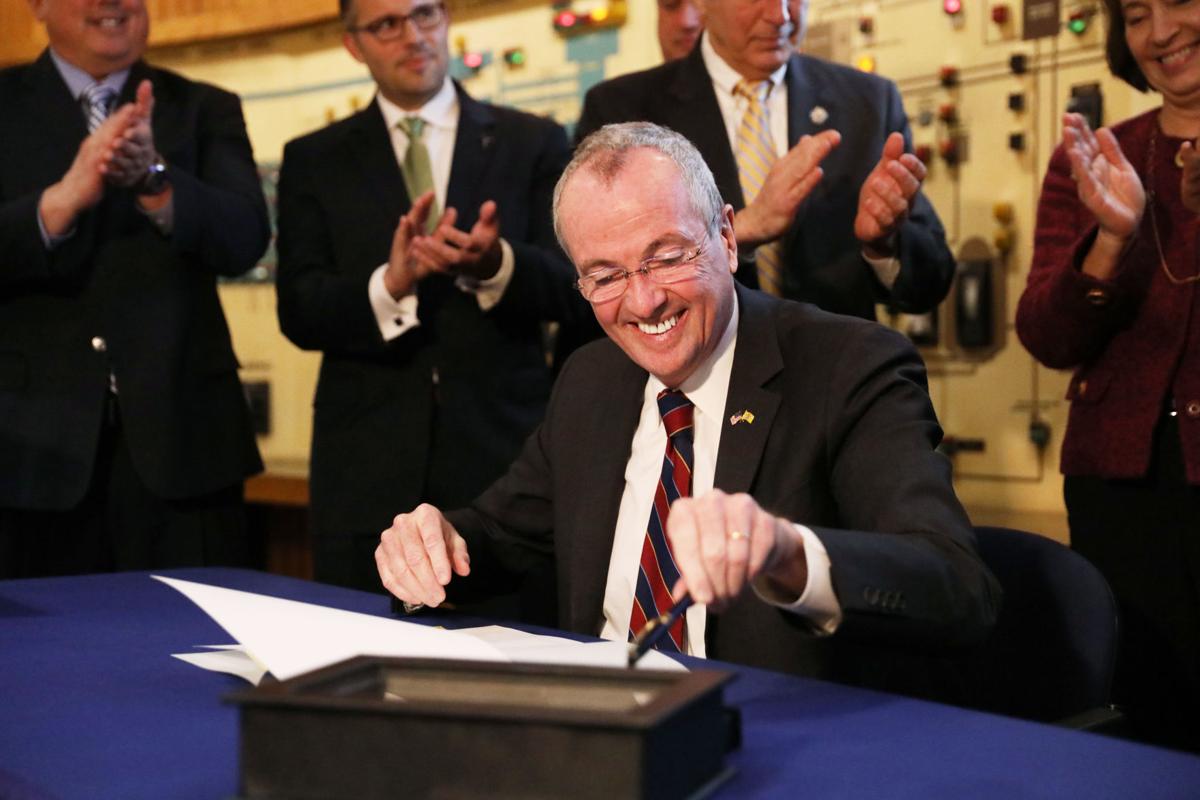 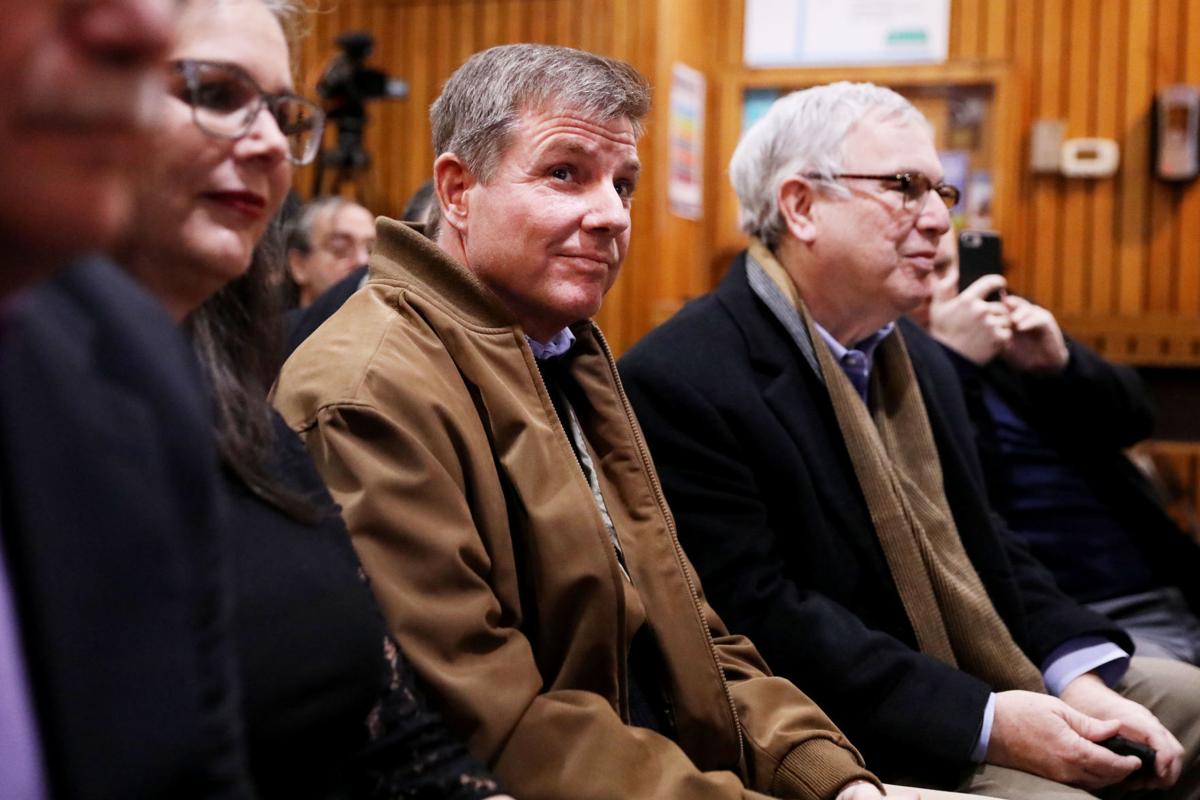 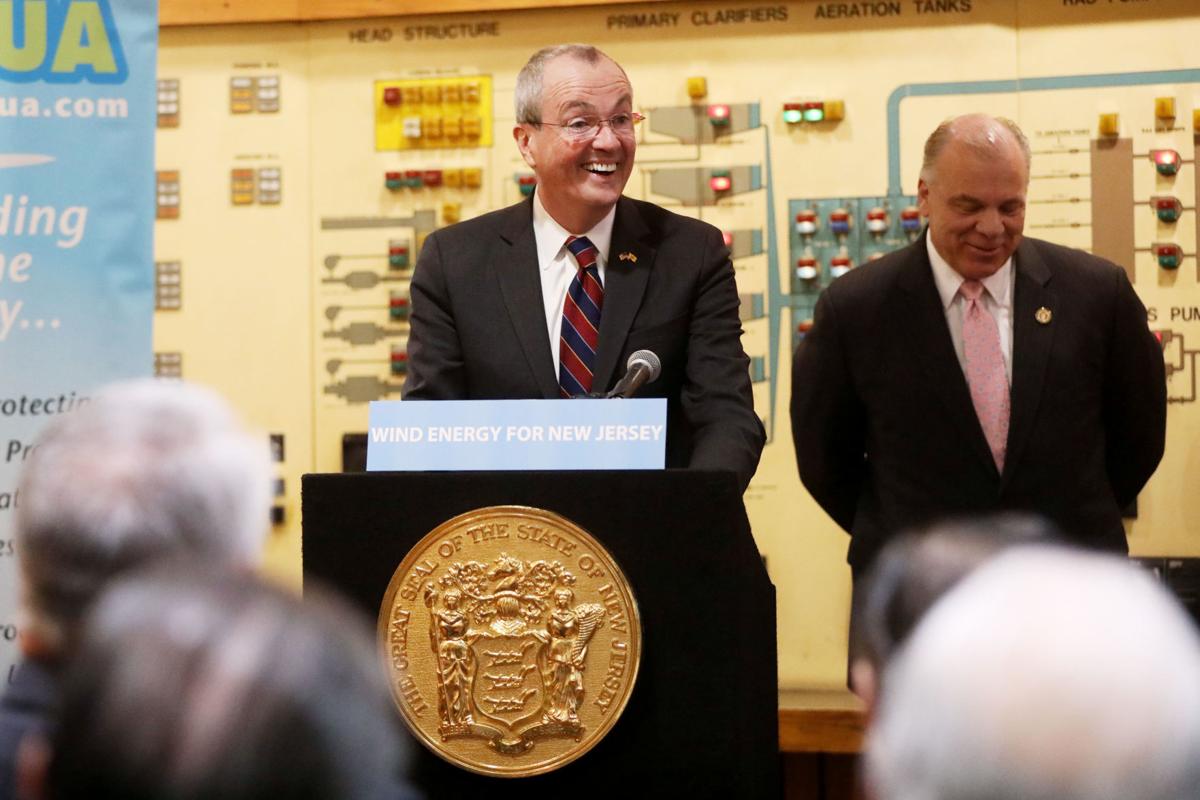 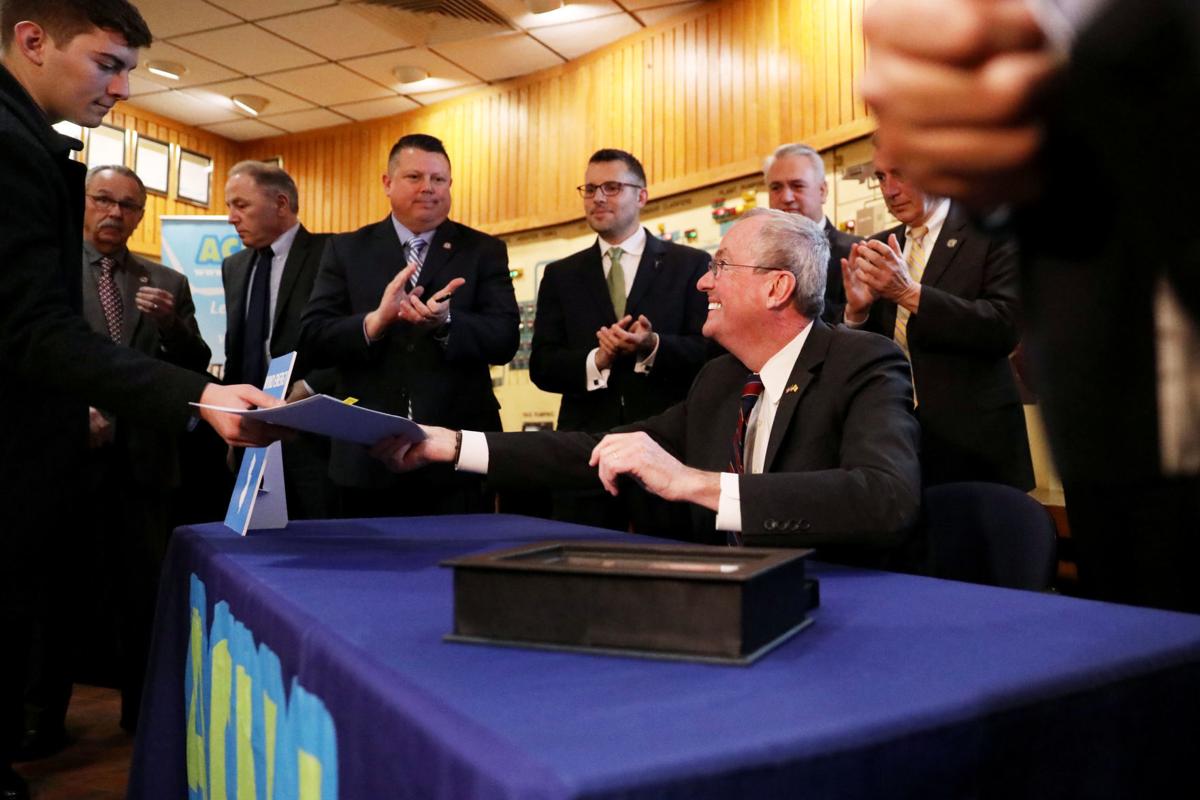 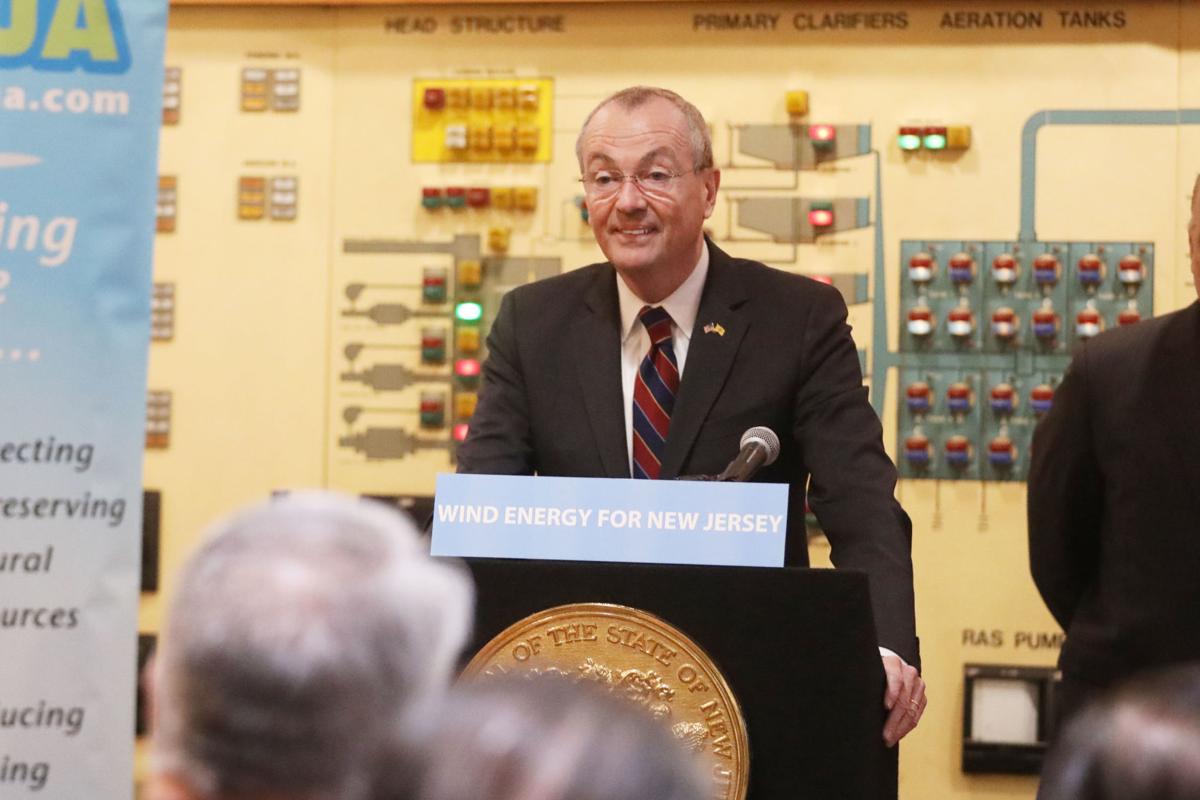 The law creates ratepayer-financing of wind field development through an Offshore Wind Renewable Energy Credit program. But Christie’s administration never finalized regulations to implement it, and developers have not received the approvals from the Board of Public Utilities to move forward, Murphy said.

The order commits the state to quickly generate 1,100 megawatts annually of offshore wind energy, and 3,500 megawatts of generation by the year 2030 — enough to power 1.5 million homes, according to Murphy.

“Thirty-five hundred megawatts would make us, I think, the number one aspirational wind field in the world,” Murphy said. Scale, reliability and predictability will make it possible to attract manufacturing, the governor said.

State Senate President Steve Sweeney, a co-sponsor of OWEDA, said the plan is not just to place windmills in the ocean, but to jump-start a wind-energy manufacturing industry.

Murphy’s executive order directs the BPU to begin the rulemaking process and to work with the Department of Environmental Protection to establish an Offshore Wind Strategic Plan.

The BPU must implement a renewable energy credit program and solicit for projects to generate 1,100 megawatts of electric power.

“This is great news for the people of New Jersey and a positive step forward in bringing offshore wind to the state,” said Thomas Brostrom, president of Orsted North America. The company holds a lease to develop Ocean Wind, a project with the potential to generate 1,000 megawatts of offshore wind about 10 miles off Atlantic City.

That’s enough to supply energy for 500,000 homes, Brostrom has said. It is on track to open between 2020 and 2025 if renewable energy credits are in place.

A second major wind development off the Jersey Shore is planned for 183,353 acres leased by U.S. Wind Inc., while a small, 24-megawatt offshore wind project by Fishermen’s Energy failed to meet federal government deadlines to get funding. Its cost of providing energy was deemed too high by New Jersey officials.

The order sends a clear message that New Jersey is serious about being the greenest state in the country, while creating good-paying, clean-energy jobs, said Ed Potosnak, executive director of the New Jersey League of Conservation Voters.

“It’s hard to think of a more appropriate location than Atlantic City for this announcement — a city that is both on the frontlines of climate change and brimming with economic potential,” Potosnak said.

New Jersey Audubon President and Chief Executive Officer Eric Stiles said his organization is happy that protection of wildlife is built into the plan.

“New Jersey has to live up to its responsibility for global warming, given how much of the coast is at stake for sea level rise,” Stiles said.

On Monday, Murphy signed an executive order requiring the DEP and BPU to take steps for New Jersey to rejoin the Regional Greenhouse Gas Initiative.

And on Thursday, state Sen. Patrick Diegnan, D-Middlesex; Assemblyman Tim Eustace, D-Bergen, Passaic; and several environmental organizations will hold a press conference in Trenton on two clean-energy bills (A1823 and S1405). They will require New Jersey to move to 100 percent clean energy by 2035.

PHILLIPSBURG — Gov. Phil Murphy has joined the governors of Pennsylvania, New York and Delaware to support a ban on fracking in the 3,000-squa…

Mussels are growing on the bases of the nation’s first offshore wind farm off Rhode Island, creating artificial reefs and bringing new fishing…

States could work together to optimize offshore wind energy

Wind energy projects should get same treatment, not special deals

Environmental groups are varied in how they grade Gov. Phil Murphy on his first 100 days.

Gov. Phil Murphy has signed legislation that directs the state Board of Public Utilities to reconsider and approve the Fisherman’s Energy offs…

The New Jersey Board of Public Utilities chose a firm Friday to help it create an Offshore Wind Strategic Plan, but will not announce the name…

ATLANTIC CITY — It’s a little reminiscent of the Beatles’ yellow submarine, but it doesn’t go underwater.

State urged to move fast on offshore wind, but get it right

WEST WINDSOR — Get the rules right, but move quickly.

A small, 25-megawatt offshore wind project off Atlantic City could start construction this winter if the state Board of Public Utilities appro…

Orsted may partner with PSEG for wind farm off Atlantic City

Ørsted U.S. Offshore Wind announced Friday it had applied to the New Jersey Board of Public Utilities for a ratepayer subsidy of a wind farm a…

The decade-long quest by Fishermen’s Energy to put six wind energy turbines 3 miles off Atlantic City has ended in failure. There will be an o…

Without funding, offshore wind project for AC hangs in limbo

ATLANTIC CITY — Ten years ago, New Jersey was poised to become the first state in the nation to build an offshore wind farm.

Atlantic City has one of New Jersey's first wind farms, the 7.5 megawatt Jersey-Atlantic Wind Farm that opened in 2005 on the grounds of the Atlantic County Utilities Authority's wastewater treatment facility off Route 30. 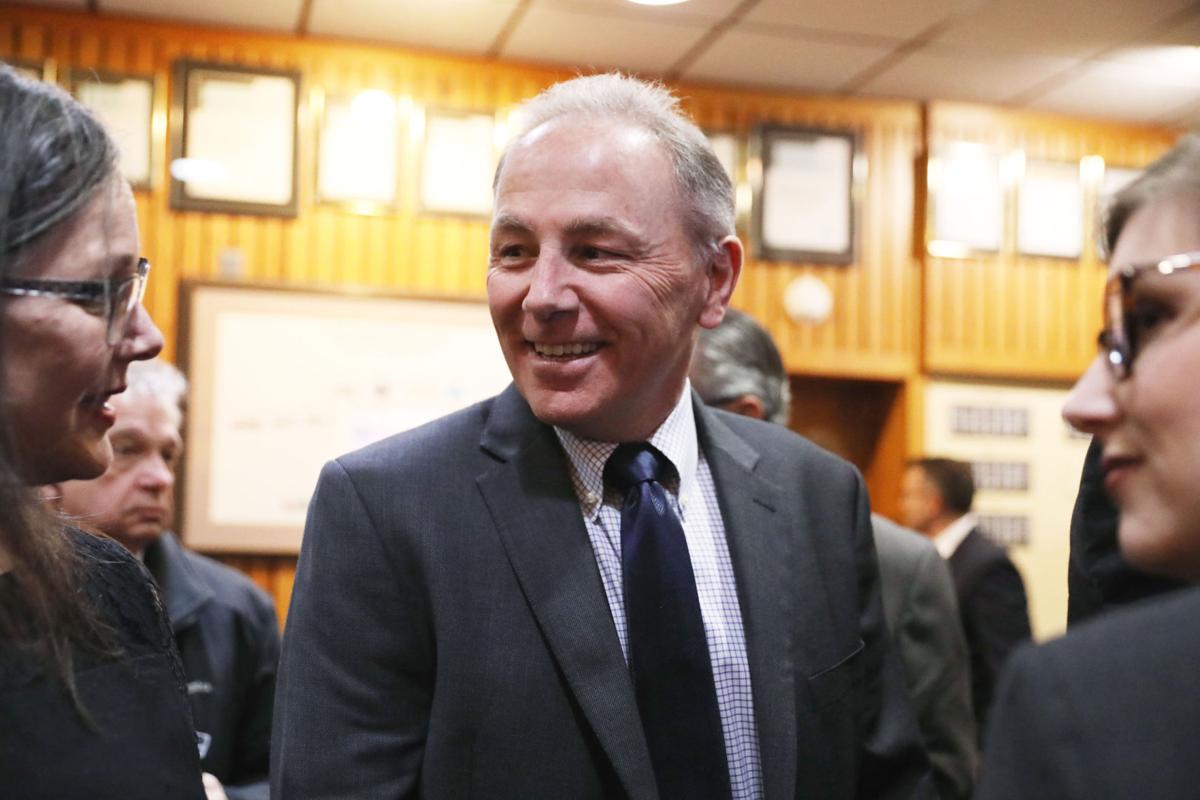 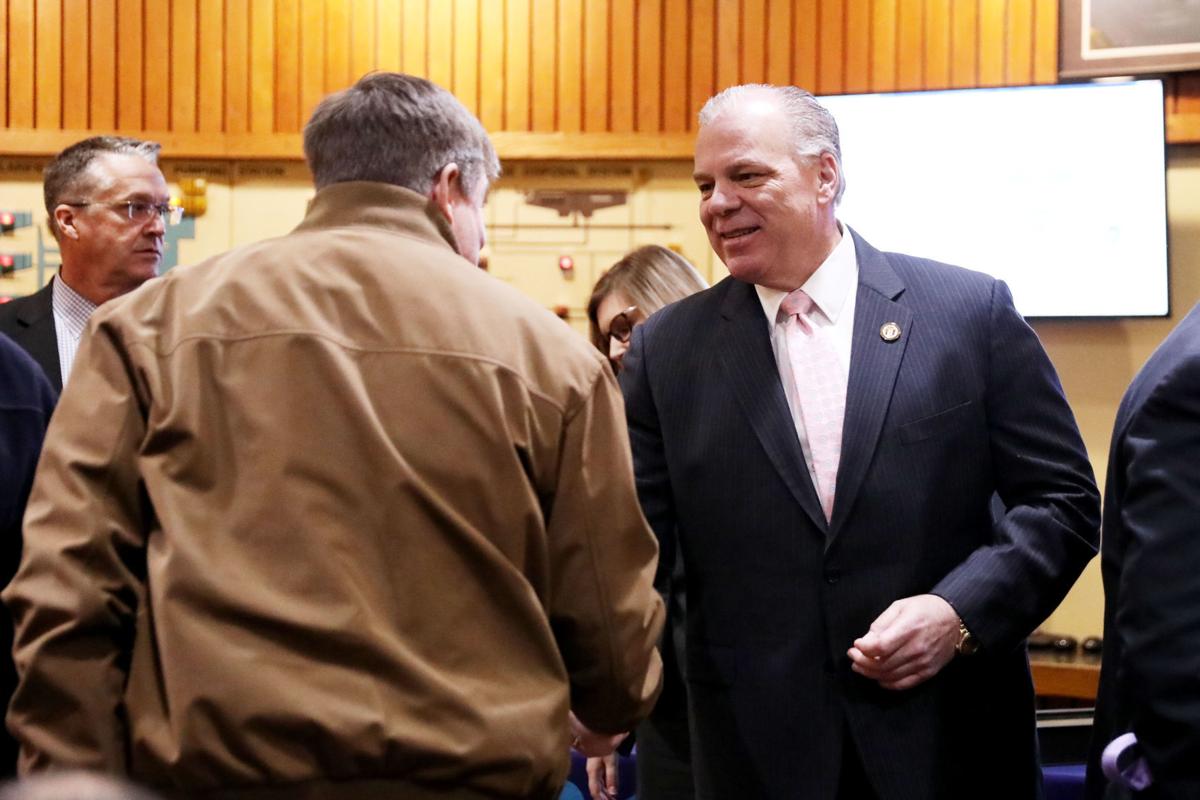 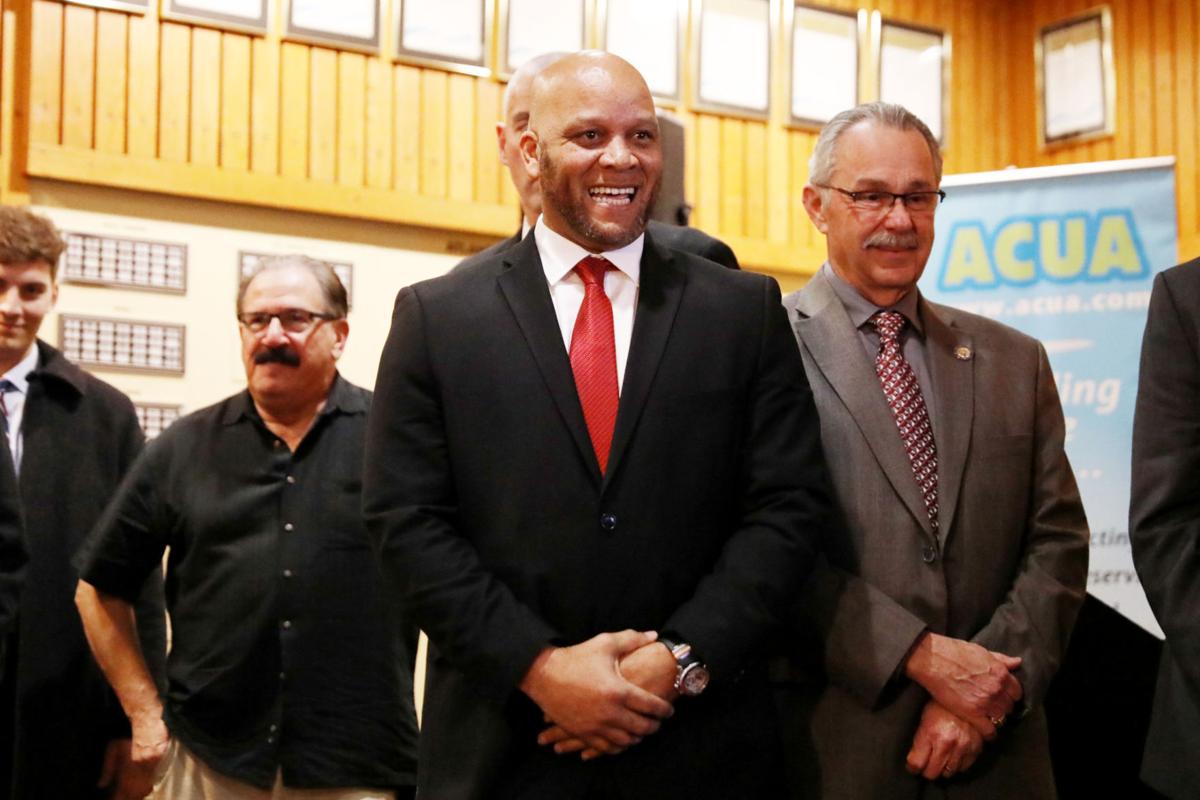 GILLIAM ‘He assured us that Atlantic City is a high priority,’ Atlantic CIty Mayor Frank Gilliam said about Gov. Phil Murphy after the signing Wednesday of an executive order on wind energy.