WEST WILDWOOD — Residents are demanding the return of the Friday night Borough Commission meeting, a decades-old tradition that allowed the maximum number of homeowners to attend — including second homeowners.

But the mayor and commissioners are holding fast to the new time of 3 p.m. Wednesdays. They changed it late last year in the midst of controversies involving Police Department lawsuits, allegations of conflicts in handling them and the tiny borough having to pay its police chief a $1.7 million award without the help of insurance.

Fewer than 600 people live in the borough, and its budget is just $2.69 million.

It’s the timing of the change that irks members of the Concerned Taxpayers of West Wildwood.

“They are really trying to make it difficult for people to attend. It’s our opinion they are trying to have the least amount of people there so that people don’t question what they are doing,” said Concerned Taxpayers Treasurer Susan Czwalina, who lives outside Philadelphia and owns a second home here. “We will continue to ask.”

Administrator Christopher Ridings said West Wildwood was the only community in the area that had been holding Friday night meetings.

“It’s my understanding it was tied to train service,” said Ridings. “It was an old-fashioned kind of thing.”

WEST WILDWOOD — Taxpayers voiced their displeasure at an April 4 meeting where Borough Commission introduced a $2.69 million budget that could increase the local tax rate by more than 6.5 cents.

Mayor Christopher Fox, who is the administrator in neighboring Wildwood, did not answer a call for comment.

Ridings said decades ago a train from Philadelphia arrived about 6 p.m. Friday nights, and people would go right to the meeting.

The Concerned Citizens have begun videotaping meetings and putting them on their website to allow more people to see what’s happening there. Ridings said the borough has no intention of live-streaming meetings on its own website.

At the April 3 commission meeting, Fox ignored residents who said the commissioners should be ashamed of themselves for changing the meeting time, and accused them of doing it to avoid having to answer residents’ questions.

There is much that smells about how West Wildwood came to owe its police chief $1.76 million…

“I think the 3 o’clocks are working,” Fox said as the audience hollered back, “For you!”

“Everybody is set,” said Fox. “Emails come to us, you get answers. I’m pleased about the way things are going.”

Again the audience responded, “What about us?” and “What about the taxpayers?” but Fox didn’t respond.

Last summer, about 200 people attended the meetings because of the lawsuits and the possible effect on the budget, said Czwalina. A typical winter turnout would be 50, she said, but this year with the change to Wednesday, that has fallen to about 20.

The taxpayer group is also concerned about the cancellation of all commission workshop meetings this year, where members discuss upcoming issues.

“The last one they had was Dec. 31. They have been scheduled, but they keep canceling,” Czwalina said. “We don’t know how they are conducting business without workshop meetings.”

Fox said at the April 3 meeting that each commissioner talks one on one with Ridings, so no two commissioners are meeting to discuss topics and no quorum or minutes are needed.

But since the budget, due to be introduced May 1, is being developed, Czwalina said residents should be hearing about financial issues.

Police Chief Jacquelyn “Jackie” Ferentz had filed a whistleblower suit against the borough and its former mayor, Herbert Frederick, over his alleged interference in the Police Department. But Frederick was eventually dropped from the suit.

The borough’s insurance company would not pay the $1.7 million court award announced last year to Ferentz, saying the borough had not adequately defended itself. Fox lived with the police chief at the time, although she has said it was not a romantic relationship. After Ferentz won her case, she also got her job back with a settlement for back pay.

So last year, the borough furloughed workers on Fridays as a cost-savings measure, in order to pay Ferentz $5,000 a month for about 200 months and her attorney about $18,000 a month for 42 months.

In April, the commission dropped the furlough, officials said, and moved workers to a four-day week at nine hours a day.

And this year, the award to Ferentz may have a much larger impact than it did last year, when the school board provided cost savings that minimized the overall tax increase.

The state Local Finance Board refused the borough’s request last year for permission to bond to pay the award, with Chairman Timothy Cunningham saying, “I disagree very strongly that the borough was operating and doing everything right. I think you’re doing an awful lot wrong,” according to a posted transcript of the Nov. 9 hearing.

The transcript also notes the initial jury award, reported at $1.165 million, had grown to more than $1.7 million when the final judgment was entered, according to borough bond counsel Matt Jessup.

Finance board members also questioned township officials on giving themselves a raise, as well as approval of a raise for Ferentz. Her salary went from $64,000 in 2014 to $101,000 in 2017, according to the transcript.

And last summer, a Class 2 police officer filed a whistleblower suit, alleging Fox had directed him not to write tickets for Fox’s supporters and friends.

“The budget will be introduced May 1,” said Czwalina. “It’s going to be pretty wild.”

WILDWOOD CREST — It’s not about the money, Mayor Don Cabrera said about an effort to bring a liquor license to his town. It’s about keeping bu…

Cape May County courthouse to use one entry for better security

CAPE MAY COURT HOUSE — There will be a single point of entry/exit to the Cape May County Superior Courthouse, starting Monday.

WEST WILDWOOD — Mayor Christopher Fox has been hit with about $25,000 in fines by the state Local Finance Board — the most ever levied against…

WILDWOOD — Commissioners voted 2 to 1 on Wednesday to terminate city Administrator Christopher Fox, the mayor of West Wildwood who was recentl…

WEST WILDWOOD — Second homeowners make up about 65% of the borough’s population, but they cannot vote here without giving up voting rights at …

WEST WILDWOOD — At the first Borough Commission meeting since Mayor Chris Fox’s $24,900 in state ethics fines became public and he lost his jo…

Too much power? Commission form gives local leaders most clout

WEST WILDWOOD — The nonpartisan commission form of government used here, where the mayor is under a cloud of state ethics charges, gives more …

WEST WILDWOOD — Mayor Christopher Fox has requested an administrative hearing to appeal his recent ethics violations and $24,900 in fines from…

Who will hear West Wildwood mayor's appeal of $24,900 in ethics fines?

WEST WILDWOOD — Mayor Christopher Fox’s appeal of $24,900 in fines for alleged violations of state ethics laws will either be heard by the Dep…

WEST WILDWOOD — Christopher Ridings has resigned as borough administrator of the tiny municipality where the mayor is fighting $24,900 in stat…

West Wildwood not talking about replacing 2 who resigned, mayor says

WEST WILDWOOD — The two remaining members of the Borough Commission have not talked about replacing Commissioner Cornelius Maxwell, who resign…

WEST WILDWOOD — It wasn’t just that commissioners rehired Jacquelyn Ferentz as a police officer, dropped disciplinary charges against her and …

WEST WILDWOOD — There will be a borough commissioners meeting Wednesday at 3 p.m. — the first since two appellate judges said the town, not it…

West Wildwood officials say attorney told them to do it 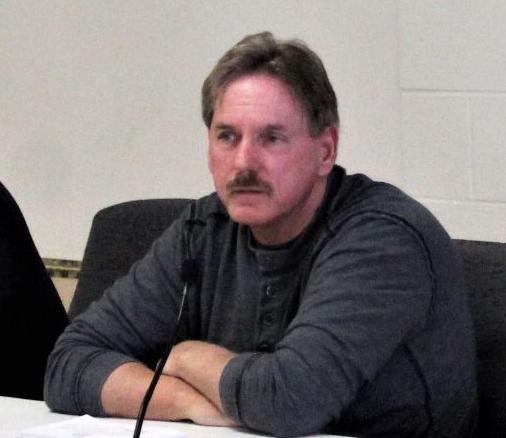 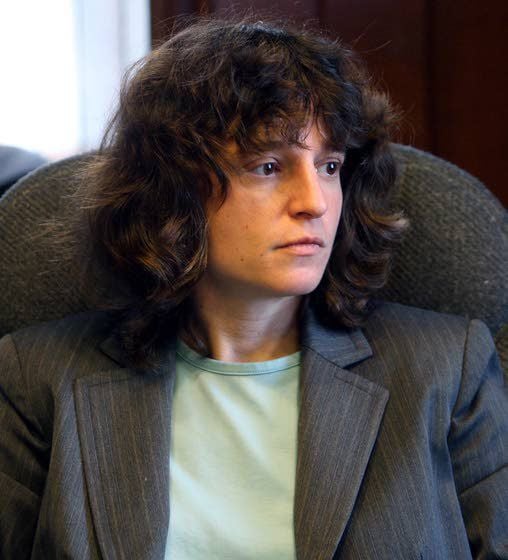