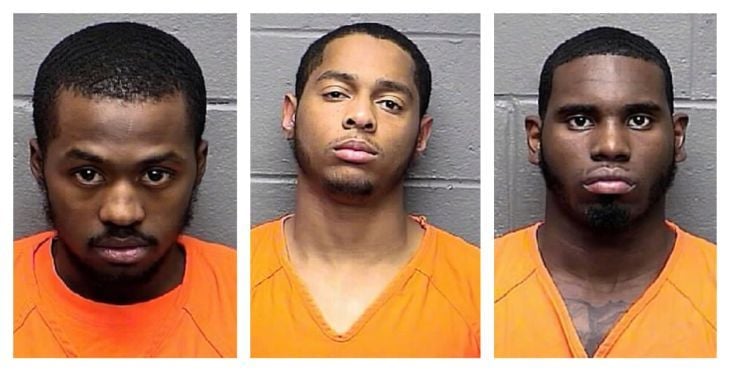 Aaron Evans, Dwayne Morgan and Izyiah Plummer were arrested last week in connection with the robbing of $180,000 from Caesars. 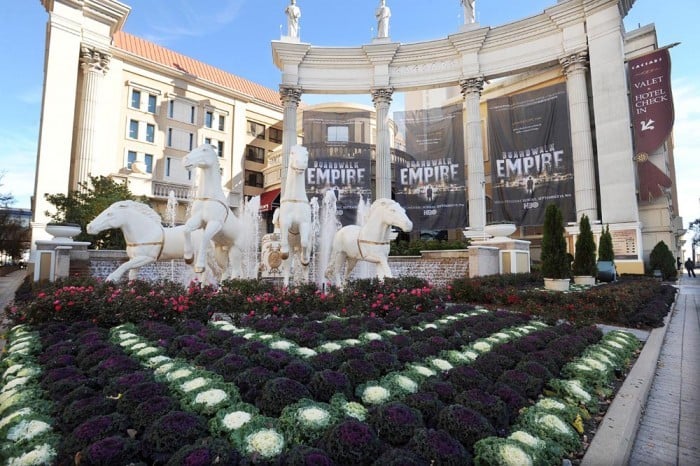 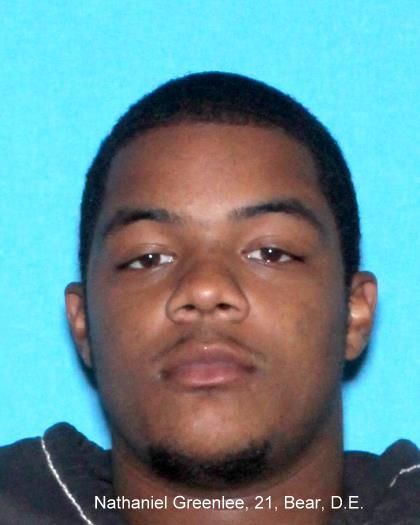 Nathaniel Greenlee, 21, of Bear, Delaware, is accused of owning the car used in the Caesar's robbery last month. 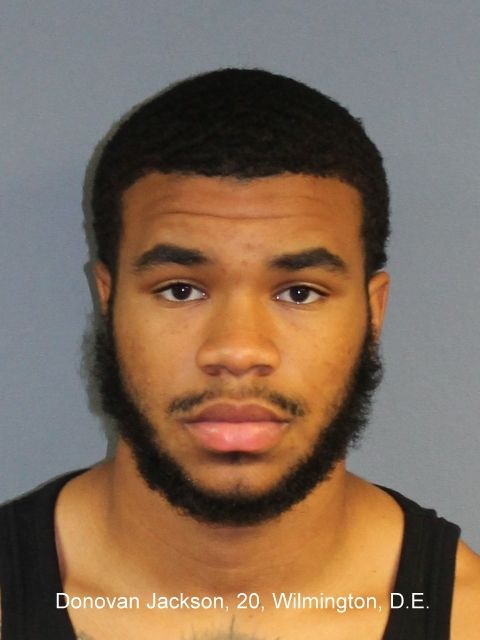 Donovan Jackson, 20, of Wilmington, Delaware, is believed to have received some of the cash stolen from Caesars.

Izyiah Plummer had been tasked with security at an Atlantic City casino.

But less than two weeks after he was fired at Caesars Atlantic City on July 9, he brandished a gun at former co-workers and fled with more than $180,000 in cash, according to State Police.

Eight people have now been arrested in the July 21 armed robbery at Caesars, including five charged in the crime itself, according to new information released to The Press of Atlantic City on Wednesday. Three others allegedly received some of the money.

The nearly month long investigation found that Plummer and Aaron Evans, 24, of Pleasantville, robbed casino employees at gunpoint during a routine money exchange about 6:20 a.m.

Plummer, 19, brandished a gun, and the two fled with two plastic cash boxes totaling $181,200, according to the charges.

The pair originally stole three boxes but dropped one making their escape.

Waiting outside were Nathaniel Greenlee, 21, and Donovan Jackson, 20, both of Delaware, State Police said.

A description of the car and surveillance photos were released to law enforcement, but the car was not found until last week.

All but Plummer fled to the Atlantic City home of Myles Coleman, 23, who turned himself in Tuesday on charges of receiving stolen property and obstruction.

Plummer didn’t make it that far. He was arrested at his Atlantic City home the day after the robbery, along with Monique Kelly, 19, and Dwayne Morgan II, 20, both Pleasantville residents.

Morgan was a convention service attendant at Tropicana Casino and Resort. Kelly, who is charged with receiving stolen property, worked at Harrah’s Resort in a cashier outlet.

A search of the home found a large amount of money, .38-caliber rounds and clothing worn during the crime, police said.

On July 23, two days after the crime, Evans and Lance Rogers, 20, of Atlantic City, were arrested at their homes by State Police.

Rogers is accused of receiving stolen property and was released on a pending court date.

Things turned violent Aug. 6, when Delaware State Police executed a search warrant at Greenlee’s residence. He wasn’t home, but his father — John Greenlee, 50 — is accused of shooting a state trooper as officers entered the front door. The officer survived because of his protective vest. He was released from the hospital the same day.

The elder Greenlee and his wife, Kim, were arrested.

That same day, police found Nathaniel Greenlee had driven the alleged getaway car to his job at a large retail store in Concord Township, Pennsylvania. He was arrested at the store without incident, State Police said.

He waived extradition Wednesday and is expected to be returned to Atlantic County.

A search of his home found more money and property believed to have been bought with proceeds from the crime, State Police said.

At least half of the money and property purchased using the stolen funds has been recovered, but police declined to say exactly how much.

Plummer worked at Caesars until July 9, when he was terminated for “violation of rules and regulations.”

Plummer, Evans, Morgan, Greenlee and Jackson are charged with first-degree robbery, aggravated assault and weapons offenses. All but Greenlee are lodged in the Atlantic County jail.

Kelly, Rogers and Coleman are all charged with receiving stolen property and have been released pending set court dates.

The investigation is continuing, led by the Casino Gaming Bureau.

Pleasantville and Atlantic City police assisted, along with legal support from the state Division of Criminal Justice.

The soon-to-be-closed Revel just can’t seem to catch a break.

An Atlantic City man pleaded guilty to a 2014 armed robbery at Caesars Casino after he was fired from his job at the resort.

Izyiah Plummer was “trynna get rich,” according to his Instagram bio.

More than $180,000 stolen from Caesars in armed robbery

Aaron Evans, Dwayne Morgan and Izyiah Plummer were arrested last week in connection with the robbing of $180,000 from Caesars.

Nathaniel Greenlee, 21, of Bear, Delaware, is accused of owning the car used in the Caesar's robbery last month.

Donovan Jackson, 20, of Wilmington, Delaware, is believed to have received some of the cash stolen from Caesars.