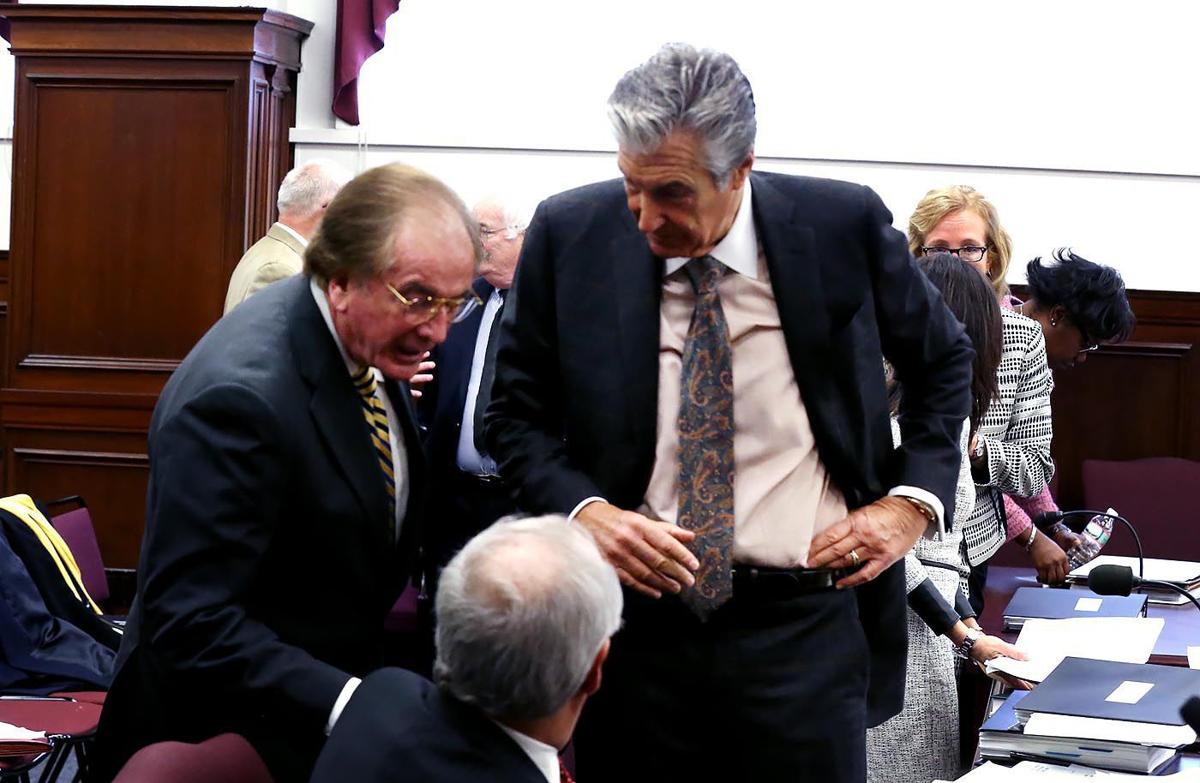 TEN owner Glenn Straub, left, talks with attorney Lloyd D. Levenson on Tuesday before appearing in front of the state Casino Control Commission in Atlantic City in his continuing efforts to get approvals to reopen the former Revel Casino Hotel. 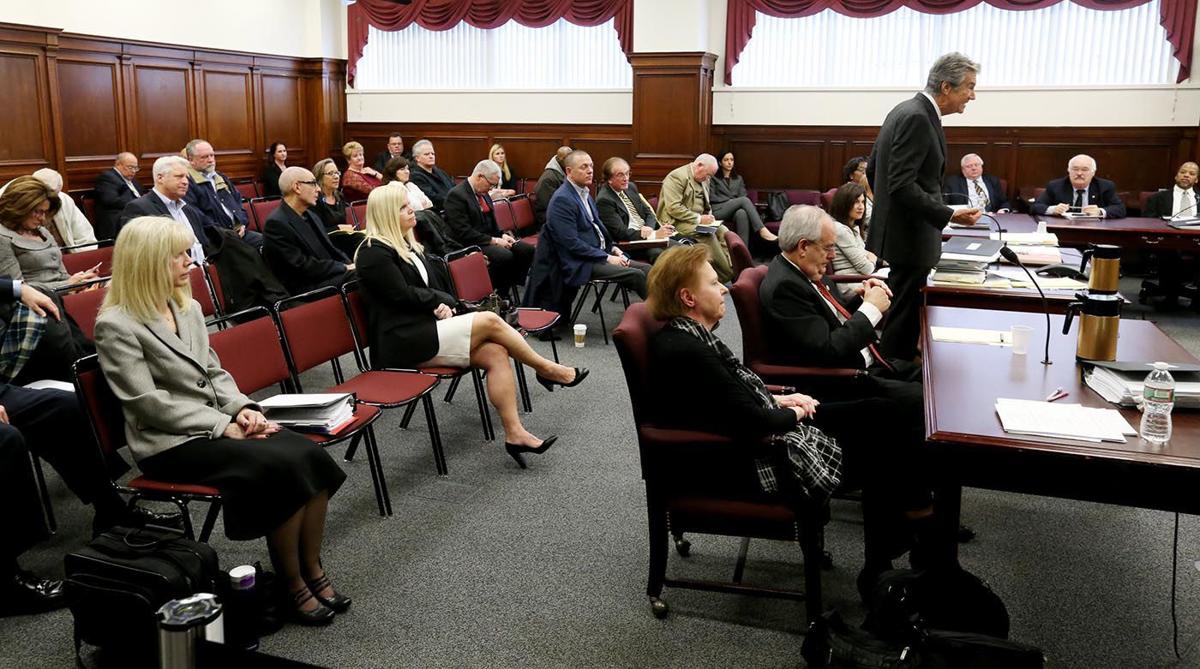 ATLANTIC CITY — It could be a while before casino gaming returns to the former Revel, now known as TEN.

The state Casino Control Commission ruled Tuesday that Glenn Straub, the owner of the property, must have a gaming license despite leasing casino operations to a third party. Straub has vowed to challenge the ruling in court, a move that could further delay the return of gaming to the more than 6 million-square-foot property.

Straub’s contentious relationship with the board was on display again Tuesday.

During the hearing, commission Chairman Matthew Levinson accused Straub of misleading the public as to when the property was going to reopen. Last year, Straub claimed the property would reopen June 15, despite lacking several key permits. Two weeks ago, Straub claimed TEN would open Presidents Day weekend.

“Unfortunately, Mr. Straub, on multiple occasions, has misled people as he suggested he was ready to put thousands of people to work and open the facility, but that government regulations were blocking the process and creating red tape,” Levinson said. “In my opinion, this petition is another delaying tactic by Mr. Straub.”

Levinson said the board will look to set a date for a hearing on Straub’s gaming license, even though Straub said he doesn’t want his companies to go through the casino-licensing process.

Robert Landino, CEO of TEN, declined to comment on the issue.

For two years, Straub has claimed state regulatory agencies, including the Casino Control Commission and the Division of Gaming Enforcement, were holding up the reopening of the property.

“We are going to take it to the court system,” Straub said following the hearing. “Our attorney spelled out what the law was. The law is not for these people. These people rubber-stamp what some other agency did. State agencies take care of state agencies.”

ATLANTIC CITY — Meet AC, the resort’s convention and visitors’ bureau, will have to do more …

State gaming laws require Straub to have a license to operate a casino on the property. Straub claimed that, since he is planning to lease the casino area to a third-party vendor, he should not be required to apply for the license.

“Mr. Straub does not need any license from this commission to operate a hotel in Atlantic City,” Levinson said. “But if Mr. Straub wants a hotel with a casino with these lease terms, he clearly needs a license.”

During a recess in the meeting, Straub said the spas and a portion of the hotel will open Presidents Day weekend. Despite the lease, Straub still controls 1,399 hotel rooms in the resort.

“We will see how much money we spend here,” Straub said, referring to what is going to open over Presidents Day weekend. “We know which employees to hire and for what departments.”

Earlier this month, Straub appeared for a board hearing on whether he needs a casino license despite leasing gaming operations at the site to a third party. A last-minute change to the five-year lease agreement between Straub and the lessee prompted the hearing’s postponement.

In August 2015, Straub bought the once $2.4 billion Revel for just $82 million in bankruptcy court. In October, the property received its temporary certificate of occupancy from the city.

Trillions of cicadas about to emerge

ATLANTIC CITY — An interfaith and social-justice vigil in support of Muslims is planned for noon Thursday at City Hall.

How many times will Fox Super Bowl announcers Joe Buck and Troy Aikman utter the phrase “greatest of all time”?

Is Atlantic City dying? Listen to this podcast and you'll find out

Type the words "Is Atlantic City...?" in Google and you'll see just what the rest of the world is wondering.

Proposed bill could make it easier for Revel to reopen

TRENTON — A state senator has introduced legislation that could move the former Revel, now know as TEN, closer to reopening.

ATLANTIC CITY — The clock is ticking on Glenn Straub’s self-imposed deadline to reopen the shuttered Revel, now known as TEN, for the upcoming…

ATLANTIC CITY – In yet another battle against state officials, Glenn Straub, the owner of the closed Revel, is refusing to pay the city his sh…

HARTFORD, Conn. — Federal authorities are investigating the construction of a baseball stadium whose original developer is led by the CEO of T…

ATLANTIC CITY — As the city’s gaming market shrank over the past decade, so did casino-generated tax revenue that funds programs helping some …

ATLANTIC CITY — Want to buy a shuttered casino in the resort, reopen it and return it to its past glory? Well, it’s not as easy as some develo…

The Casino Control Commission has ruled that Glenn Straub must obtain a casino license even if a third party manages gambling at the former Revel. Do you agree?

TEN owner Glenn Straub, left, talks with attorney Lloyd D. Levenson on Tuesday before appearing in front of the state Casino Control Commission in Atlantic City in his continuing efforts to get approvals to reopen the former Revel Casino Hotel. 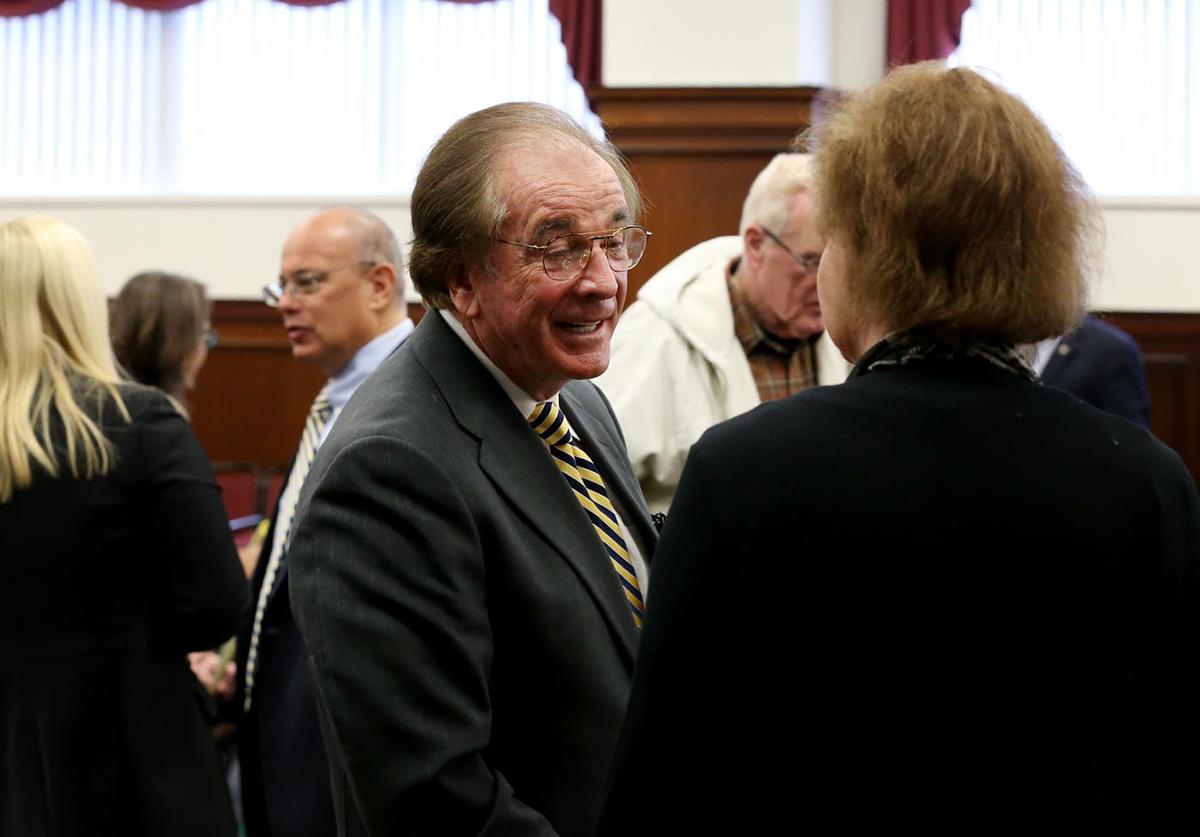