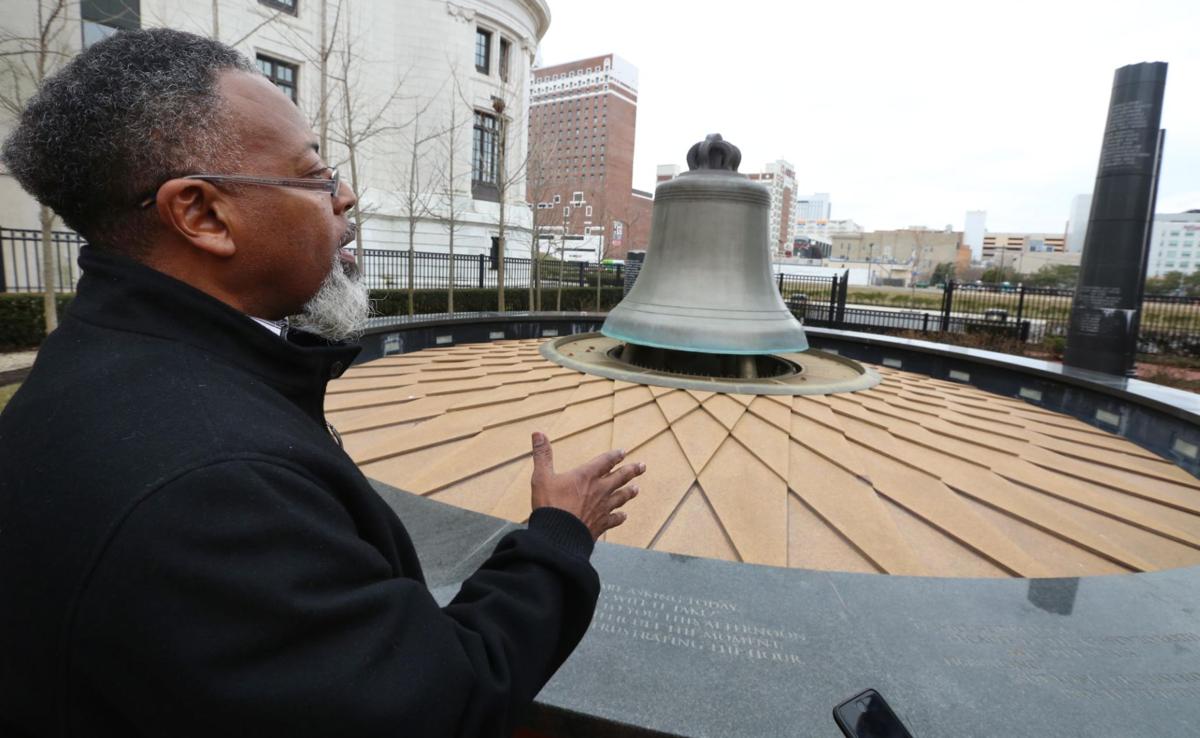 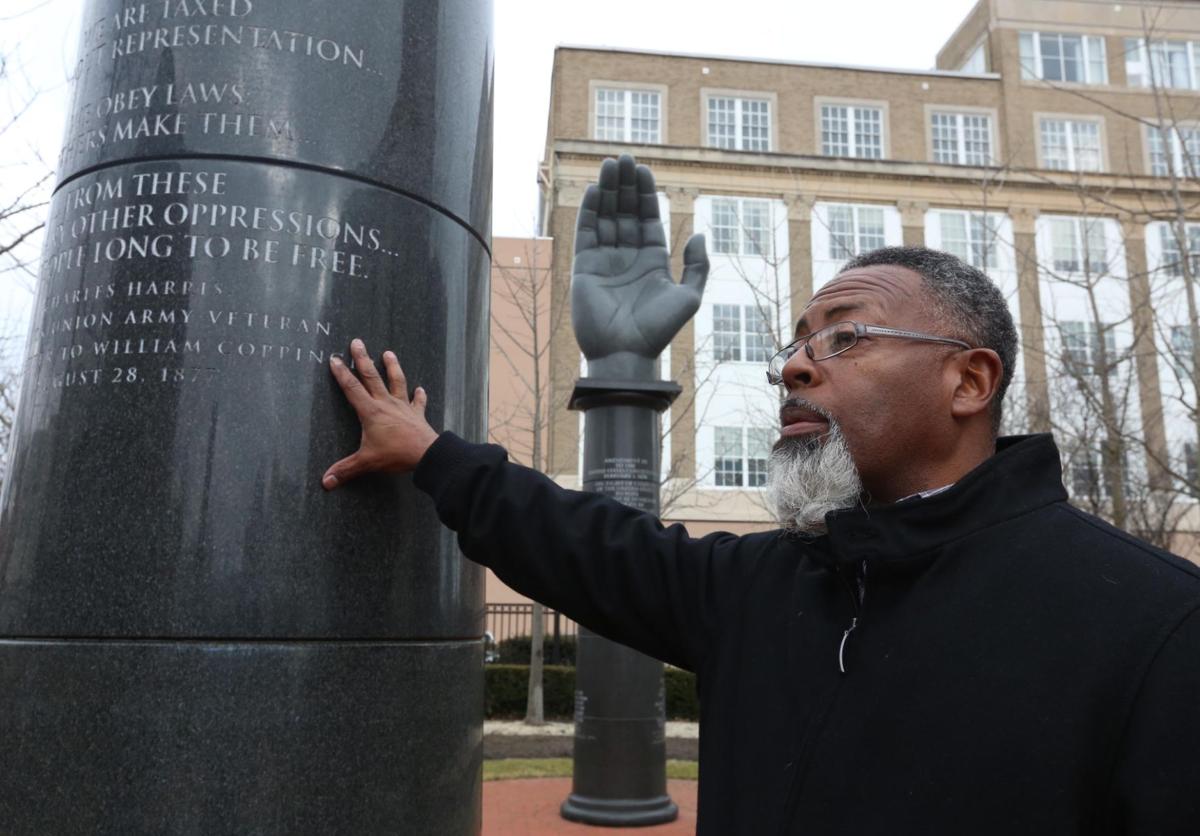 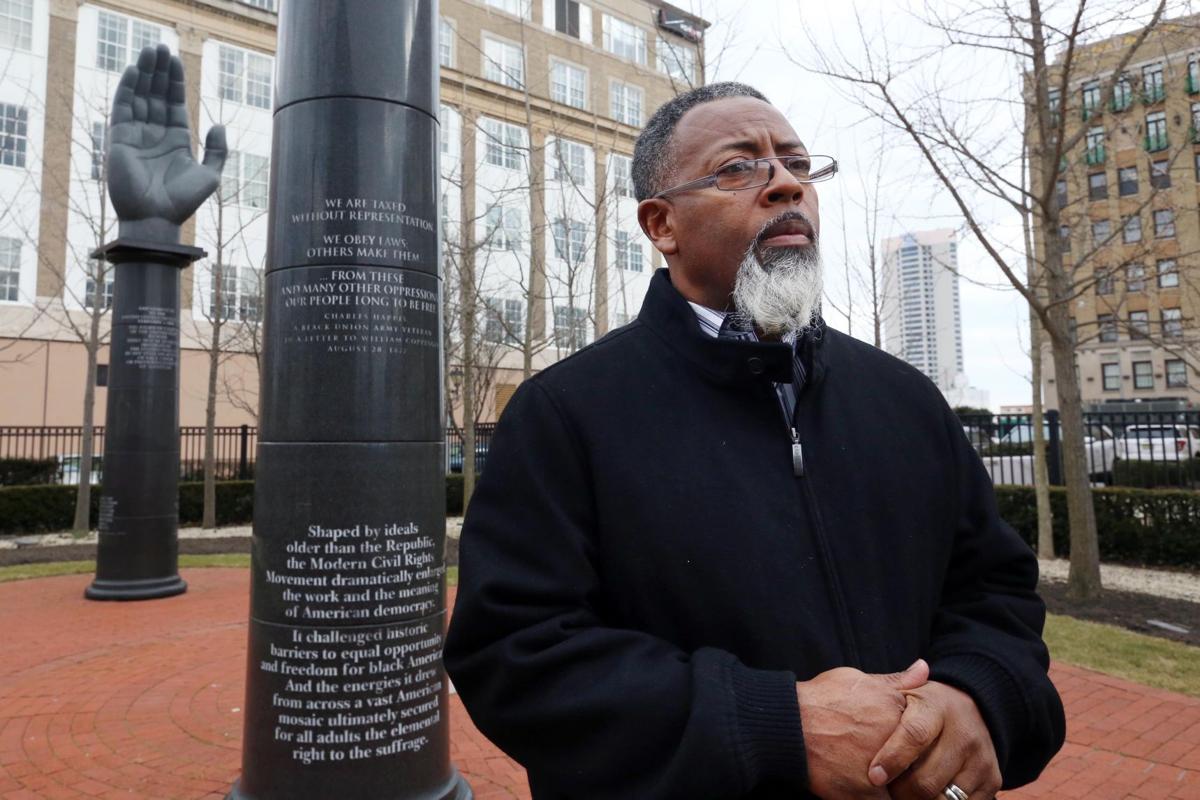 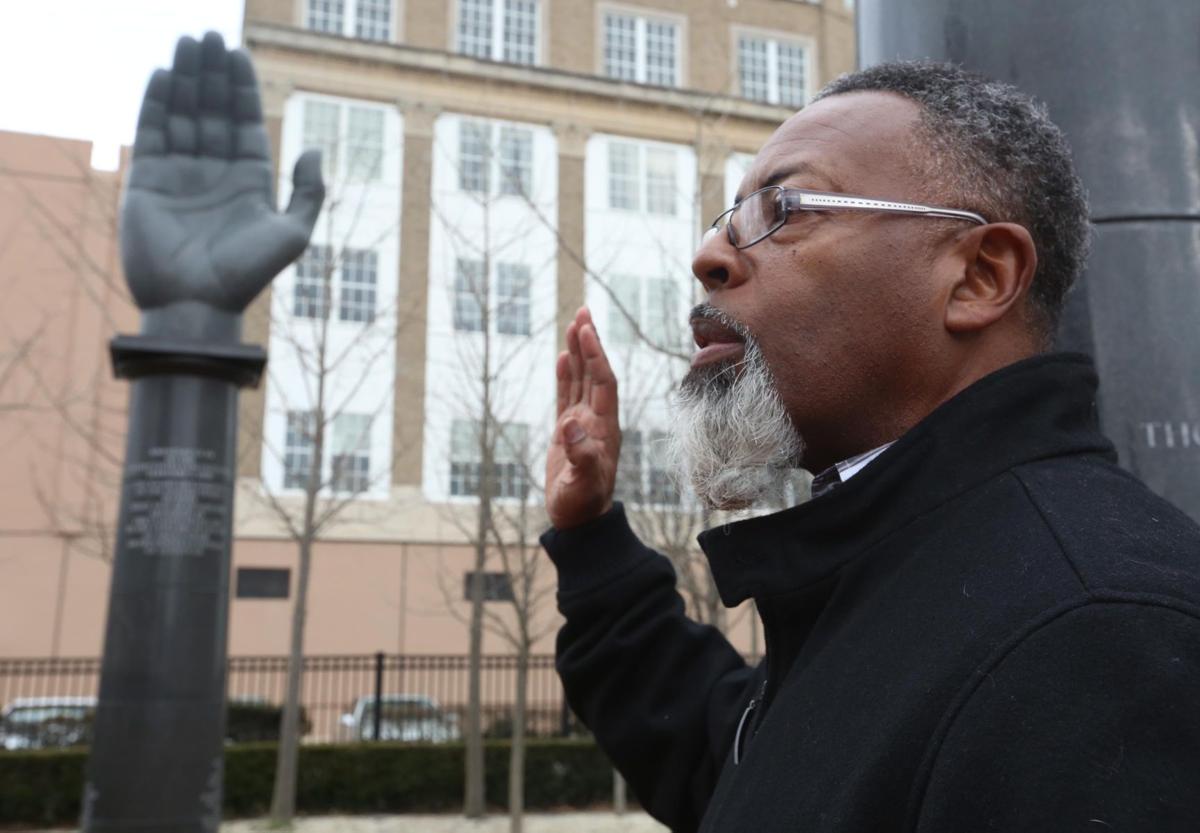 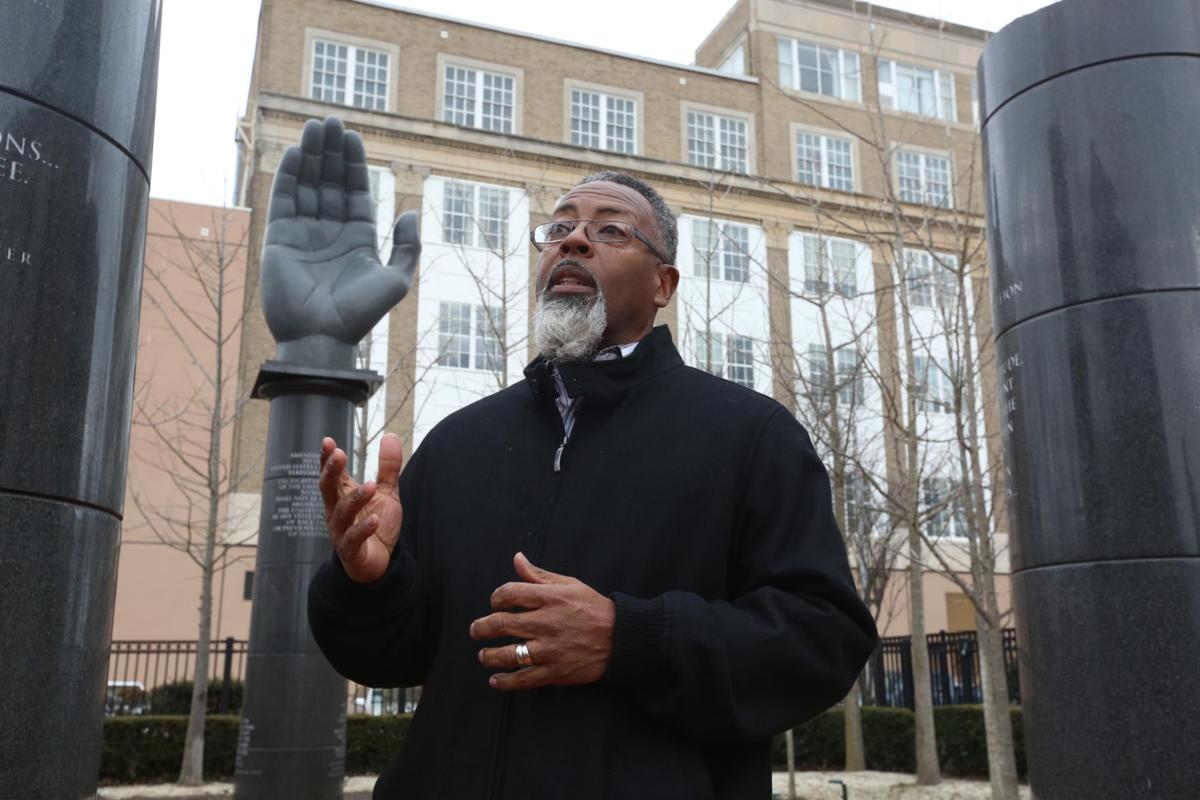 Rev. Collins A. Days Sr., organized a community forum to address issues and hardships facing the Atlantic City community. The forum will be held Wednesday at 7 p.m., at Second Baptist Church where he serves as the pastor. 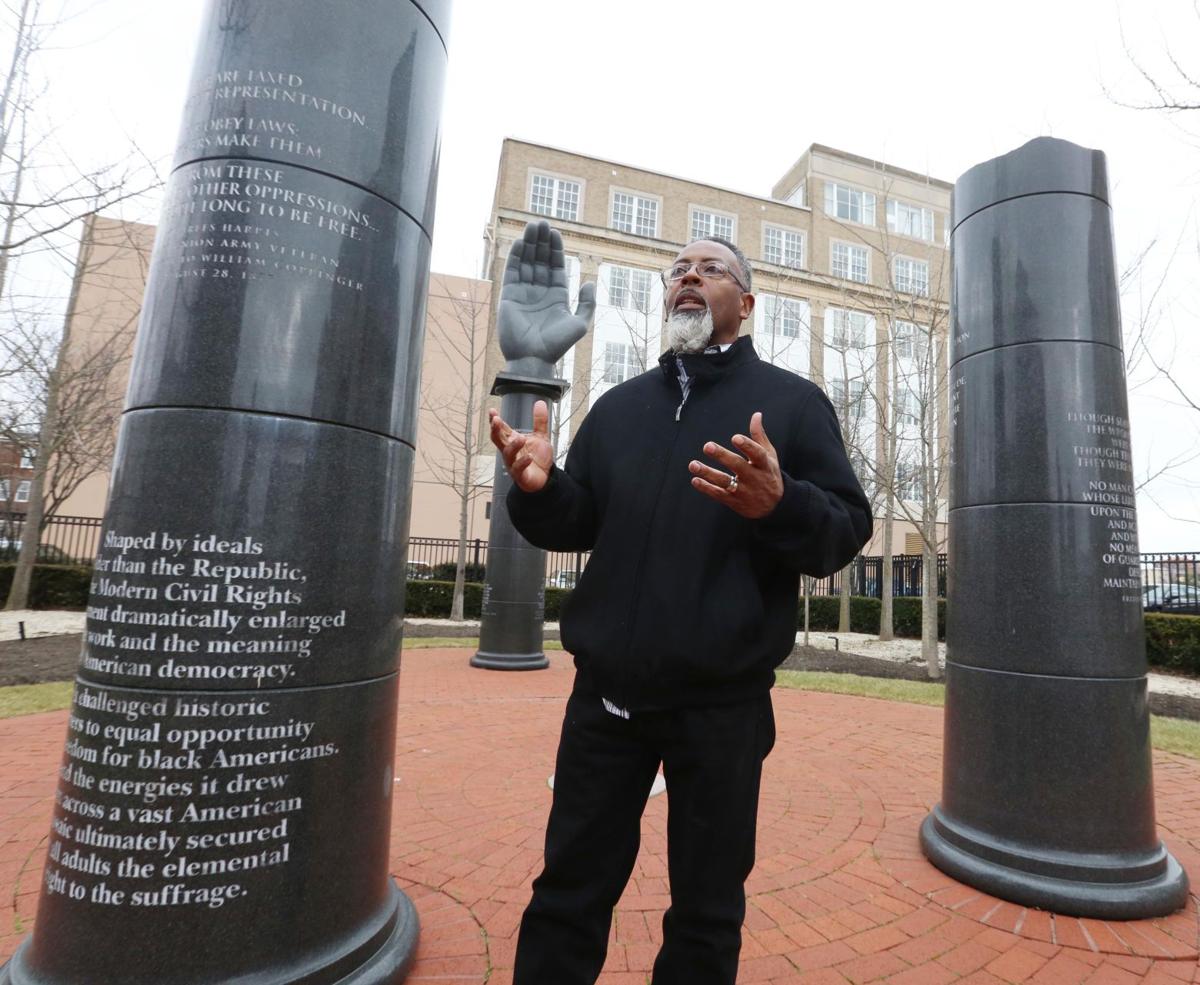 ATLANTIC CITY — Tucked between the Carnegie Center and a cash-for-gold store on Dr. Martin Luther King Boulevard is a little-known historic treasure.

The city known for its casinos and Boardwalk is also home to the first large-scale civil-rights monument in a northern state, the Civil Rights Garden. Built 15 years ago, the park honors the long journey of black Americans to achieve freedom and civil rights.

“It’s a little-known secret,” said the Rev. Collins Days of Second Baptist Church, whose community development corporation, Vision 2000, was project manager for the $2 million memorial in 2001. “This is a beautiful, beautiful garden in a very historic place by a very historic library. Very accessible. But people pass it all the time and don’t see it.”

Eleven black African granite columns line a winding path through the garden. That path represents the long journey from slavery to equality. A reflecting pool contains a large bronze bell in the middle. The ringing of the bell can cause gentle ripples of water that symbolize the growing civil-rights movement.

The columns rise gradually to the sky but are incomplete, symbolizing that progress has been made but the journey is not over. Atop one of the columns is a raised hand symbolizing the right to vote.

Etched into the columns are quotes from dozens

of historical figures and documents, from Harriet Tubman to Martin Luther King Jr. The first inscribed words are “We the People,” from the U.S. Constitution. The last words are the same.

“I have finally been included in ‘We the People,’” a quote from U.S. Rep. Barbara Jordan reads.

Almost all of the major civil-rights monuments are in southern states, but Atlantic City’s history makes it a fitting place for the garden.

Atlantic City was where the sons and daughters of slaves “started their lives anew,” a plaque at the garden states.

On Aug. 22, 1964, a black woman named Fannie Lou Hamer challenged the all-white Mississippi delegation that would represent her state in the Democratic National Convention, which was in Atlantic City that year. The convention was seen as a pivotal moment in the civil-rights movement.

“Atlantic City was very significant because of what happened in 1964,” said Days, whose church was burned during the convention.

There’s an irony in the Civil Rights Garden. Built to celebrate the progress of black Americans, construction was delayed by a lawsuit from a contractor, L. Feriozzi Concrete Co. of Ventnor, which challenged the Casino Reinvestment Development Authority’s requirement that 30 percent of the work for the garden must be given to minority subcontractors. An appeals court ruled against the CRDA, barring the authority from giving minorities preference for construction contracts.

“The Civil Rights Garden that levels the playing field for freedom was the genesis for knocking out the set-aside for minorities and women businesses,” Days said.

OCEAN CITY — The city’s prominent black residents are known around town through stories and recollections.

Rev. Collins A. Days Sr., organized a community forum to address issues and hardships facing the Atlantic City community. The forum will be held Wednesday at 7 p.m., at Second Baptist Church where he serves as the pastor.