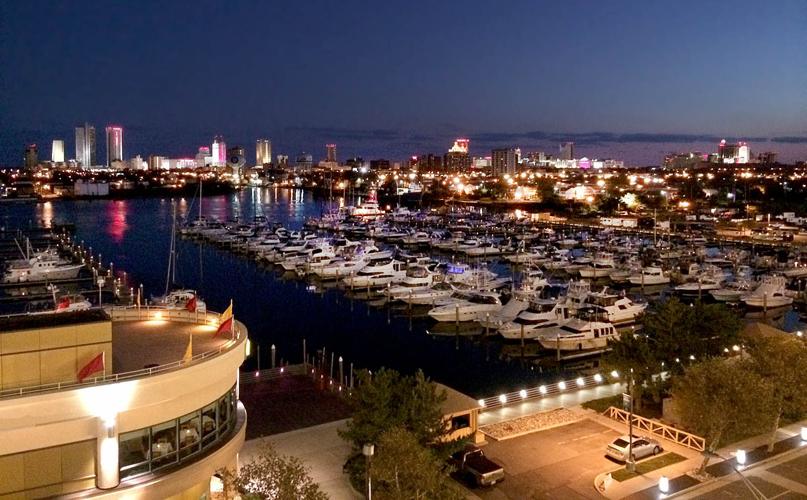 Looking over the Farley Marina toward Atlantic City from the Golden Nugget in the marina district of Atlantic City, August 3, 2014. 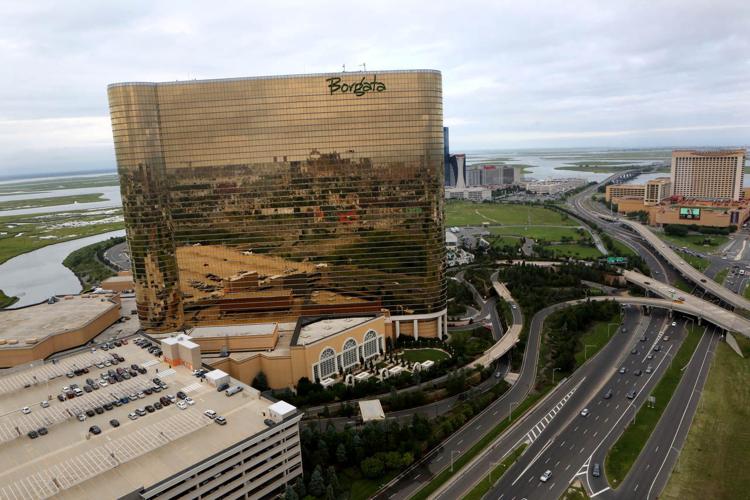 Looking over the Farley Marina toward Atlantic City from the Chart House restaurant inside the Golden Nugget in the marina district of Atlantic City, August 3, 2014.

Even as casinos close along the Boardwalk, raising concerns about the future, a trio of casinos in the Marina District are telling a tale of a whole “other” Atlantic City.

Borgata is the city’s best-performing casino, reporting the strongest numbers in gross operating profit over the past year.

The success of the Marina District casinos challenges the traditional perception that Atlantic City is just the Boardwalk and ocean. As a result, while still facing stiff challenges from other East Coast gambling markets, the marina area has outperformed the oceanside casinos.

At the end of 2013, Borgata had a gross operating profit of $16.9 million, up 25 percent from the year before. And so far this year, the casino has seen an increase in gambling wins compared to this time last year.

Golden Nugget has pulled itself up and out of the shadow of its former incarnation as Trump Marina since 2011.

Harrah’s, a Caesars Entertainment property, also is operating with consistent gains in profit.

Several factors are contributing to their collective success.

Specifically, seeing the large, diverse population in Atlantic City sways the perceptions of suburban visitors to the area, who associate the environment with a high-crime area, he said.

Joe Lupo, senior vice president of operations at Borgata, said that while the location of the casino has played a key role — with easy access to the property off the Atlantic City Expressway and Route 30 — the casino has catered to a very specific clientele.

“In 2003 when (Borgata) entered, they carved out a space at the very high end of the market. They did that successfully and captured the ‘high of the high rollers,’” said Oliver Cooke, an associate professor of economics at Stockton.

“Nothing has changed in why we are successful,” Lupo said.

The casino continues to reinvest in the property, at a rate of $25 million per year, Lupo said. This has allowed Borgata to continue evolving and creating new concepts, as well as maintaining the site’s cleanliness.

By comparison, some Boardwalk casinos — including some properties that closed this year — neglected maintenance and were visibly unkempt over the years.

“Trump Plaza, which was at the heart of the Boardwalk, is high up on the list (of casinos lacking) reinvestment,” said Brian Tyrrell, an associate professor of hospitality and tourism management at Stockton. “Also Atlantic Club, which is why Hilton asked to be removed from the property name — because it was not living up to the Hilton brand.”

That’s not to say the Boardwalk lacks success stories — Tropicana and Resorts are doing quite well with their diverse offerings for visitors, said Israel Posner, executive director of the Lloyd D. Levenson Institute of Gaming Hospitality and Tourism at Stockton.

Boardwalk casinos are also destinations for busloads of people day-tripping from North Jersey and Pennsylvania, and for senior citizens who come on activity buses.

Borgata has never bused in seniors, though it has had some bus tours over the years, Lupo said. There are no current bus programs at the casino, he said.

“The consumer wanted beer in a bottle and a steakhouse, so we created a property that spoke to that consumer. That vision has not changed,” he said.

After rebranding and making capital improvements since 2011, Golden Nugget has a lot to offer, General Manager Tom Pohlman said.

“We have always had great gaming. Now we also have Landry’s restaurants, a $6 million spa, a pool that is a hot spot during the summer — with great views of Atlantic City — and we received a four-diamond rating from AAA after redoing the rooms,” Pohlman said. “We also have Haven, which is the hottest club in Atlantic City right now.”

Golden Nugget is a smaller property compared to its two neighbors, but Pohlman sees that as an advantage.

“We have a boutique-style property. It doesn’t take 40 minutes to navigate from one end to another,” he said.

Posner said three factors are contributing to the success of the three casinos: First is the ease of access from the Atlantic City Expressway Connector, which has an exit for each destination; second is the amount the casinos have been reinvesting; and third is the smart execution of the investments.

Harrah’s new conference center is going to be key in attracting even more visitors to that section of the city, Marino said.

Knowing that Borgata and Harrah’s have often been atop the list of successful casinos tells Marino one thing: The Boardwalk and ocean are not prime attractions in bringing tourists to Atlantic City, except in the summer.

And despite their relative success, the marina casinos share some of the same struggles as the Boardwalk properties. Collectively, Atlantic City’s gaming industry is still in competition with the newer properties along the East Coast.

Pohlman said that even though Golden Nugget is having a great 2014, the property is still faced with the threat of closing because of the high cost of doing business in Atlantic City.

“It’s not a revenue issue, it’s a cost-structure issue,” he said. “High property taxes, declining revenues overall, as well as the unadjusted contribution to the Atlantic City Alliance” are the local obstacles for the properties.

Officials in Atlantic City have repeatedly addressed the need to diversify the economy to rely less on gaming, but it remains to be seen how quickly that can be accomplished.

“There’s a large body of literature devoted to the importance of mixed-use zoning in urban development,” Cooke said. This is especially important for a place like Atlantic City because it needs to evolve into a year-round economy rather than the four to five months of summer and shoulder seasons.”

Atlantic City is preparing for one doozy of a tax-lien sale in December.

Fieri checks out new chophouse and locales for 'Triple D'

Guy Fieri is in town to check out — and promote — his new chophouse at Bally’s Atlantic City, but he also wants to spread the love.

ATLANTIC CITY — With Atlantic City’s megaresorts closing down with alarming regularity, a new hope for reviving the gambling industry is takin…

Looking over the Farley Marina toward Atlantic City from the Golden Nugget in the marina district of Atlantic City, August 3, 2014.

Looking over the Farley Marina toward Atlantic City from the Chart House restaurant inside the Golden Nugget in the marina district of Atlantic City, August 3, 2014.