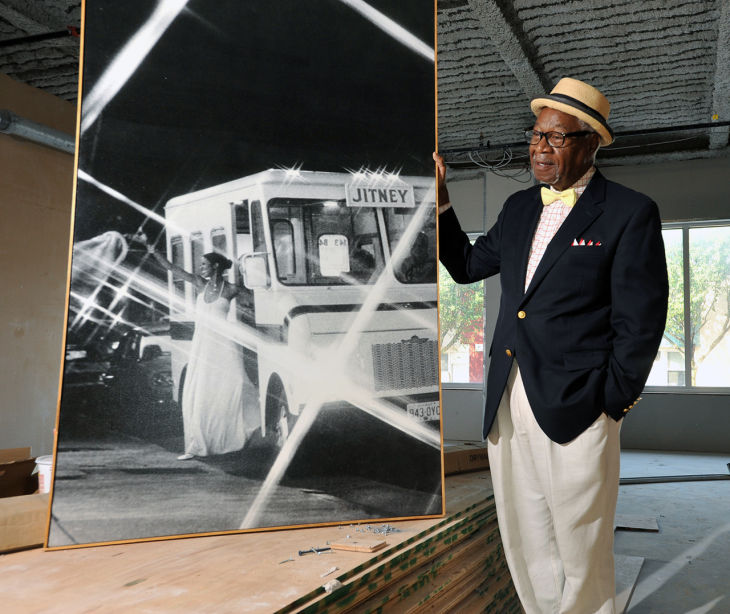 Ralph Hunter, of Atlantic City, looks over a photograph of the late Sondra Usry-Hollingsworth that will be displayed at the African American Heritage Museum's Atlantic City location. 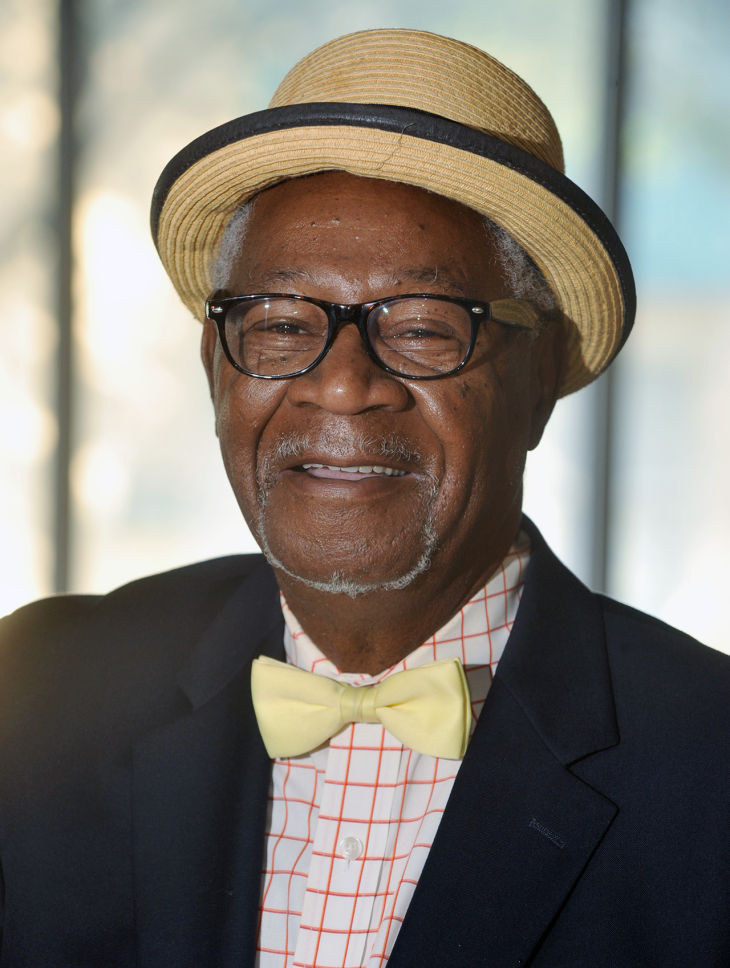 Hunter hopes each of those folks comes with a check, as he is hosting a fundraiser for the African American Heritage Museum of Southern New Jersey.

The event also serves as a homecoming of sorts. Hunter is raising funds to help bring an annex of the museum to a new exhibit space in Atlantic City.

Museum officials have long wanted to have a presence in the resort. Now - with plans to use a retail area in the city as a space to promote the arts - circumstances have aligned.

"It's pretty exciting," said Hunter, who is co-founder and president of the museum. "Thirty million people come to Atlantic City yearly. We are looking to enlighten them to the importance of Atlantic City's Northside and its rich history and, of course, the contributions that African Americans made to Atlantic City."

Hunter hopes to have the Atlantic City satellite of the museum open this fall. The museum will occupy 2,000 square feet at The Wave parking garage, located on Mississippi in Atlantic City.

Locating the museum there is part of the Casino Redevelopment Authority's plans to use retail space on the first floor as an area for artists' studios, galleries, museums and shops. The retail space is being leased by Richard Stockton College of New Jersey and the site will be managed by The Noyes Museum of Stockton. It's hoped the complex will serve as an anchor for a planned arts district in the area.

"We are working with the community to create an arts district worthy of Atlantic City in all its diversity," Stockton President Herman Saatkamp said in a statement Wednesday.

The Noyes will have a 900-square-foot exhibition space and a 550-square-foot gift shop selling works by local artists and crafts people.

"The great thing about this project is it will bring a variety of diverse artists together under one roof to create and to bring their artistic wares to the marketplace," said Michael Cagno, executive director of The Noyes.

Hunter is excited about opening the new space in Atlantic City, but says there are no plans to change operations at the museum's main display space in the Newtonville section of Buena Vista Township.

"We have some 6,000 square feet in Newtonville. It would be mathematically impossible to bring the whole museum into Atlantic City at this point," Hunter said.

It's probably not even possible to bring all of the museum's materials related to Atlantic City into the new space, although Hunter sounds so excited by the project it's clear he'd like to try.

"We have warehouses and warehouses of stuff we can't display. This will give us the opportunity to showcase more and more of the Atlantic City part of our archive," he said.

Exhibits at the space will likely include displays on Atlantic City business leaders, such as Sarah Spencer Washington, a local black businesswoman who made millions after founding the Apex News & Hair Company, as well as a collection of memorabilia from the estate of the late Soundra Usry-Hollingsworth, a former community activist, public relations director for Atlantic City and member of the Miss America Organization's Board of Directors.

"We have, literally, close to 1,000 pieces from her estate. Most of it is built around the pageant and her contributions to it," Hunter said.

The space also will provide information about the successes - and struggles - of the city's African-American community.

"It's really going to foster a different look at how it was back in the 1920s and 1930s and 1940s. It's not going to be just about the nightclubs, but also about the black churches," military veterans and medical personnel who served the Atlantic City community, Hunter said.

In addition to serving as a stop for tourists, Hunter hopes the museum also becomes an important teaching tool for students in the city's schools.

"It's going to be fantastic ... for schools themselves," Hunter said. "We have to be able to present this in a way that is fun for kids to learn. It is one thing to whip out a textbook, but it is another thing to have someone stand in front of them and relate (history) to them in a way they can understand and enjoy."

The plan to open the museum annex has won praise from those who study and promote Atlantic City history.

"It's a great thing to honor Atlantic City's African-American culture and the hard work the community put forth to help build Atlantic City. It deserves its own home," said Atlantic City historian Vicki Gold Levi, co-author of "Atlantic City: 125 Years of Ocean Madness" and a founder of the Atlantic City Historical Museum. "Ralph Hunter is an amazingly enthusiastic and dedicated proponent of local black history."

Hunter said his plan, from the moment he started the museum a dozen years ago, was to have a presence in Atlantic City.

"We thought the first day that we announced we wanted a museum, the doors would open wide for us. But that did not occur, so for 12 years we have been trying to get a location in Atlantic City," he said.

The museum wound up in Buena Vista Township because city fathers there offered space when no one else would, Hunter said.

"We were afforded an opportunity to showcase our goods in Newtonville when no one else would offer us space. We owe them a great deal of gratitude for the last 12 years. We would still like to be there in 112 years," Hunter said.

The museum has a small exhibit at Soldiers' Home in Atlantic City, but the garage location will be more accessible, Hunter said.

The goal of Sunday's fundraiser is to come up with the $50,000 Hunter needs to match a donation that's been made to the project.

While other arts groups have struggled financially in recent years, Hunter has no doubts about gaining the needed financial support for the Atlantic City project.

"We've received 30 or 40 calls in the last two days from people who want to bring their checkbooks to help us," he said. "We have been in the museum business for 12 years. We know what it takes. I can see there is support for this."

If it wasn’t for Jersey shore women, Karen Schnitzspahn wouldn’t be here.

Ralph Hunter, of Atlantic City, looks over a photograph of the late Sondra Usry-Hollingsworth that will be displayed at the African American Heritage Museum's Atlantic City location.