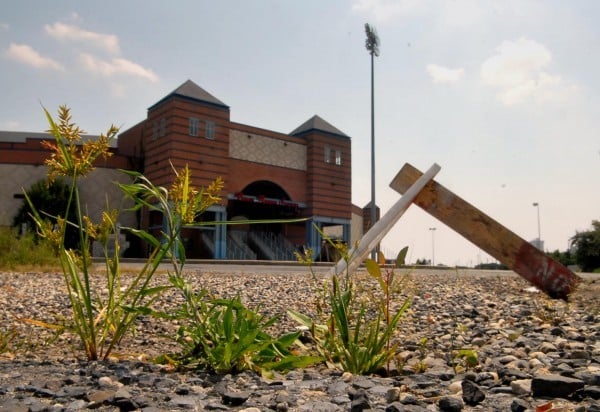 A clump of grass grows Wednesday at the Albany Boulevard entrance to Bernie Robbins Stadium in Atlantic City. Wednesday. Officials say grass is growing faster than expected at the stadium because of heavy rainfall. 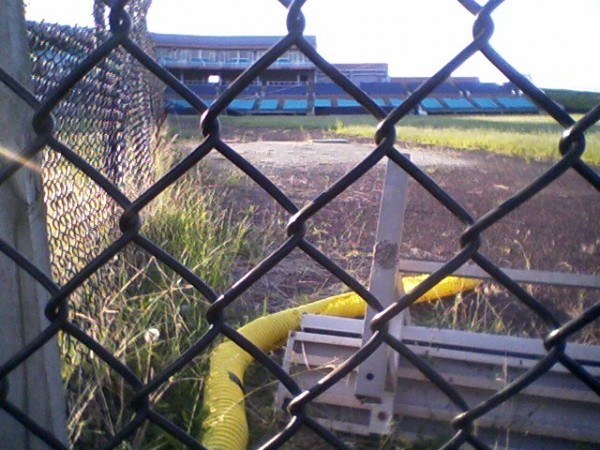 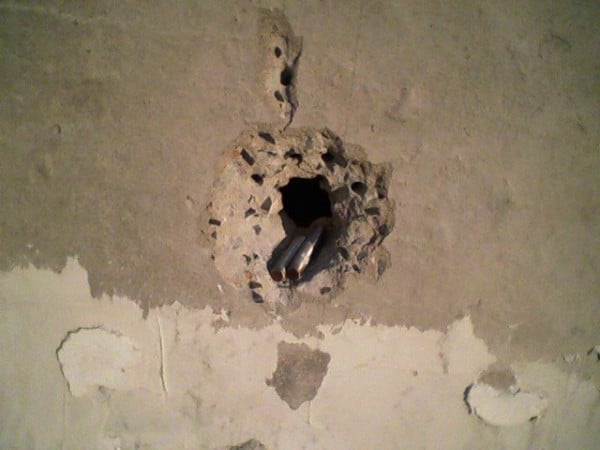 A bronze relief sculpture used to greet visitors from this plaster wall. 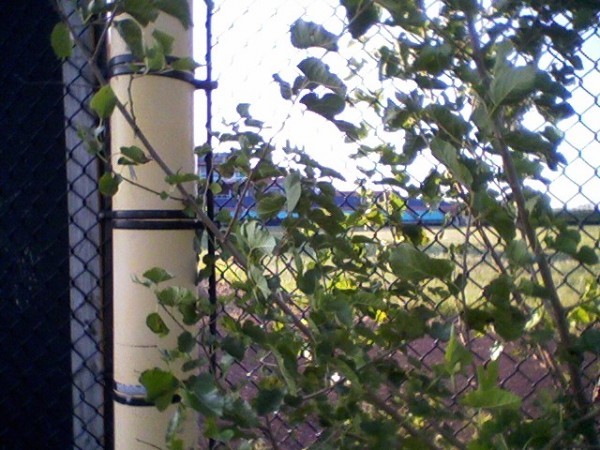 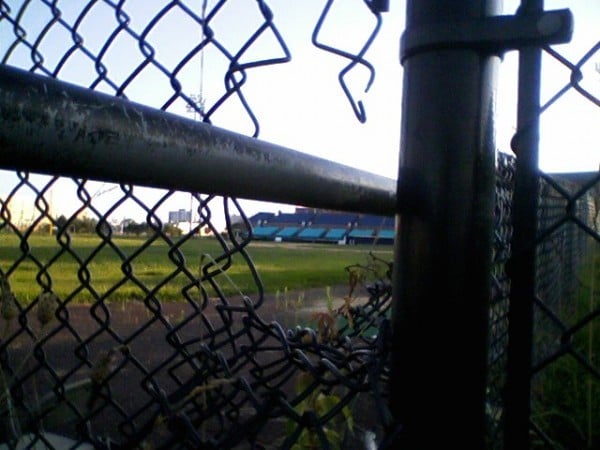 The view from the left field fence of Bernie Robbins stadium. The ballpark has gone unused this year, falling into disrepair. 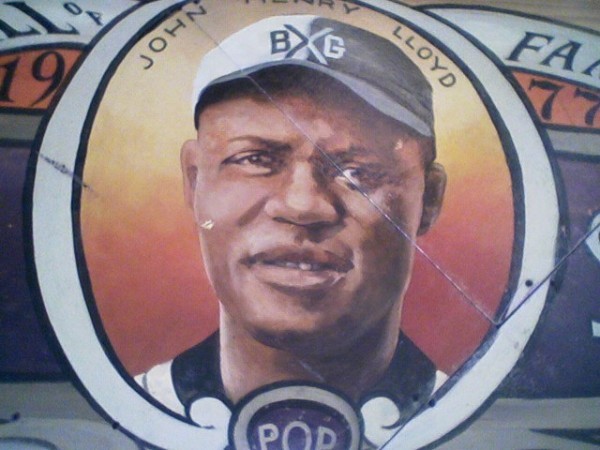 A mural of Negro League great "Pop" Lloyd and other baseball stars is one of the few remaining reminders of the stadium's legacy. 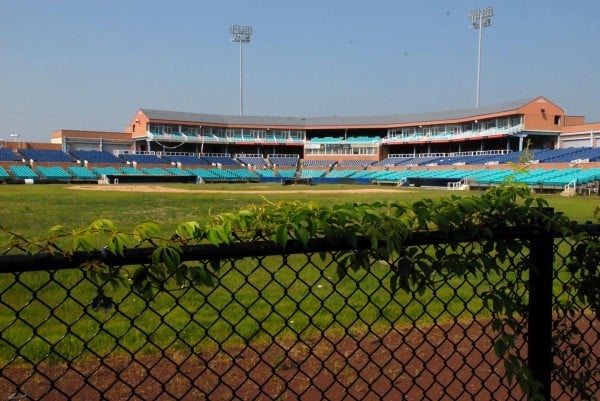 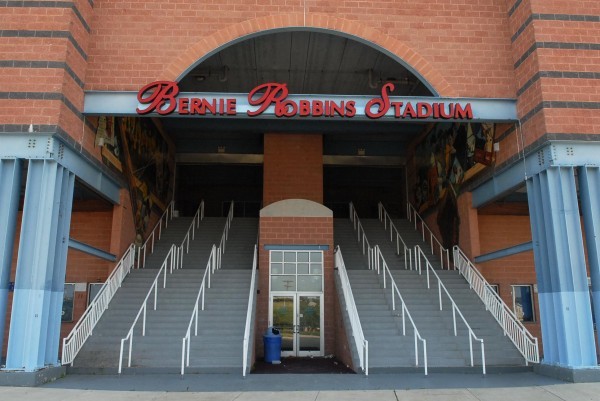 ATLANTIC CITY - The doors of Bernie Robbins Stadium are locked and boarded up. Garbage, faded newspapers and empty packs of Kool cigarettes collect in the grass. Weeds tickle your ankles. Crickets dance.

Black leather Nunn Bush loafers with $4.99 price tags stuck to the soles sit in a crevice of the building's outer wall, next to a beige sofa cushion, someone's makeshift place to sleep.

That's the state of the former home of the Atlantic City Surf minor-league baseball team.

The 5,900-seat stadium, originally called the Sandcastle, was built in 1998 along Albany Avenue to house the resort's minor-league team. The Surf won one league championship and drew some fan support in the early years.

But sand castles break and crumble, and so did this one.

This weekend will mark the first crowds at Bernie Robbins Stadium in nearly a year. The Surf folded in March, before their season started.

Wilbur Banks, Atlantic City's executive assistant for Health and Human Services, said the United Auto Workers have applied to rally in the stadium parking lot on behalf of casino employees.

"They're organizing some type of union activity in the parking area, but other than that, there's been no other use," Banks said. "The city is trying to keep the grass cut aesthetically and keep (the field) maintained the best it can."

Public Works officials walked through the stadium Wednesday. The next step for the city is working on a budget and seeing how much it would cost to renovate Bernie Robbins Stadium.

"The major focus is making sure the stadium can be used, to bring it back up to shape," said Paul Jerkins, Atlantic City's director of public works.

Jerkins said the stadium's biggest problems are a faulty handicapped ramp and metal stairs that need to be secured. Also, some pipes need to be replaced.

Jerkins said crews cut the grass around the stadium about three weeks ago, but recent rain has caused the plants and grass to grow faster than expected.

City officials plan on turning the water and lights back on soon. Despite the efforts, the stadium has become an eyesore.

A bronze relief Negro League sculpture that graced the stadium's front gate is gone, leaving in its place a bare, cracked concrete wall.

Strewn, forgotten wooden boards provide a makeshift walkway beneath the stadium's scoreboard. Small trees or bushes climb the links in the outfield fence. Weeds dot the warning track and bullpen pitching mound, appearing in places grounds crews would never allow them to emerge.

Pinstriped professionals patrolled these grounds less than a year ago. Now, field use is blocked by chains and locks - and according to those who have tried to use the grounds, other obstacles.

The original agreement saw the Casino Reinvestment Development Authority, or CRDA, pay $11.5 million to erect the stadium, with city taxpayers borrowing another $3 million.

According to former Surf general manager Mario Perrucci, the city leased the stadium to the CRDA for a dollar, and the CRDA oversaw a sublease agreement between the Surf and city. The CRDA acted as a middle man, overseeing the stadium's tenant, collecting rent from Surf ownership and giving that rent to Atlantic City.

In that agreement, Atlantic City was required to pay for stadium structural defects, Perrucci said.

"You could see structural defects at the end of construction," Perrucci said.

The stadium's condition declined shortly after it opened, with cracks developing in its foundation and damage appearing at the roof.

The Surf blamed the city for the ballpark's failings. The city blamed the team.

Perrucci said despite the disagreements, the city and team worked out those issues during his seven years with the team.

In recent years, ballpark offices went without heat after the electrical heater broke. At one point, the stadium water was shut off for weeks after a pipe burst, and workers were forced to use the bathroom at the McDonald's restaurant across the street.

The city refused to extend the Surf's lease, scheduled to expire by 2012, because of the potential sale of Bader Field, the property on which the stadium sits. Bader Field went on the market last year but has received no bids.

The team ceased operations in March. Workers lost their jobs, and the city assumed ownership of a dilapidated ballpark.

At the time the team folded, the Surf's ownership had not paid their $75,000-per-year rent for 21 months. Meanwhile, Atlantic City is still repaying about $744,000 remaining in bond payments used to build the stadium.

Perrucci walked through the stadium two months ago. Perrucci wanted to bring minor league baseball back to Atlantic City during Fourth of July weekend.

Then he saw the gift shop. And club house. And press box.

"We got inside and looked at it, and it's in terrible condition," Perrucci said. "The clubhouses and locker rooms were atrocious, and it looks like vandals were trying to steal copper wiring inside the stadium."

The windows to the gift shop were shattered. Mold grew in places it shouldn't. Perrucci wonders whether it's cost-effective for the city to clean up Bernie Robbins Stadium.

"That building needs constant maintenance because of the salt air," he said. "The city should either fix it up and rent it out, or go the way of the wrecking ball."

Ronald Stekeur is one who envisioned using the stadium for other purposes. He wanted to show the movie "Rocky Horror Picture Show" on Halloween night, to be played on a gigantic movie screen to a lawn-chair crowd.

Stekeur runs Movies Under the Starz, a company that specializes in outdoor movie events. A New Gretna resident, Stekeur wanted to bring a large monitor into the stadium and provide the resort with a nighttime movie series.

"You look at the city's history with the diving horse and Marlborough-Blenheim Hotel, and this idea would have fit in well with the campiness of Atlantic City," Stekeur said.

Stekeur says he contacted the mayor's office about his plan. He wanted to donate some of the proceeds to charity.

"I couldn't get officials in Mayor Lorenzo Langford's office to call me back," Stekeur said. "They told me I could use the parking lot, but they never gave me anything in writing. I'm a Piney from New Gretna, but I know better than that."

So Stekeur put his plans on hold, working gigs in the meantime up and down the East Coast. Despite the slight, Stekeur says he's willing to try again next year.

"If they jerk me around next time, I'm never bothering with it again," he said.

Officials expect to see sporting events and concerts at Bernie Robbins Stadium next summer. By then, the city will have owned the property for a year.

With some trimming and chopping and Weed-Be-Gone, baseball can be played here again.

It is 309 feet to the left field fence, 400 to center, and right field is covered in branches and weeds.

View a photo gallery of the disrepair at Bernie Robbins Stadium

A clump of grass grows Wednesday at the Albany Boulevard entrance to Bernie Robbins Stadium in Atlantic City. Wednesday. Officials say grass is growing faster than expected at the stadium because of heavy rainfall.

A bronze relief sculpture used to greet visitors from this plaster wall.

The view from the left field fence of Bernie Robbins stadium. The ballpark has gone unused this year, falling into disrepair.

A mural of Negro League great "Pop" Lloyd and other baseball stars is one of the few remaining reminders of the stadium's legacy.

Bernie Robbins Stadium was built in 1998.
© Copyright 2021 The Press of Atlantic City, 1000 West Washington Ave. Pleasantville, NJ | Terms of Use | Privacy Policy
Powered by BLOX Content Management System from TownNews.com.
You don't have any notifications.