The Press of Atlantic City is partnering with Triax57 and Stockton University to televise a debate between Atlantic City mayoral candidates Marty Small Sr. and Thomas Forkin.

Small has been a member of City Council since 2003.

Forkin, the Republican candidate, is a former assistant city solicitor and vice chair of the Atlantic City Republican Club. The race is for a one-year unexpired term.

Atlantic City residents can submit questions to be asked during the debate by emailing them to ddanzis@pressofac.com.

Atlantic City is currently operating under state control as part of an effort to strengthen city finances and diversify the city’s economy beyond casinos.

“A critical part of our election process is the ability of residents to hear directly from the candidates, but because of restrictions due to COVID-19, that isn’t happening as much this year,” said Press Executive Editor Buzz Keough. “Through this broadcast, we hope more people will be able to gather the information they need before they cast their ballots.”

The collaboration of the three partners will help ensure the debate is widely seen.

“The Hughes Center is proud to cosponsor this event as part of Stockton University’s commitment to community engagement in Atlantic City.” Froonjian said.

Because of restrictions during the COVID-19 pandemic, the public will not be allowed into the event.

However, the broadcast will be available on several websites: The Press’ website at (pressofac.com); Triax57 (triax57.com) and the Hughes Center (stockton.edu/hughes-center).

It will also be available for re-viewing through Election Day on Nov. 3. 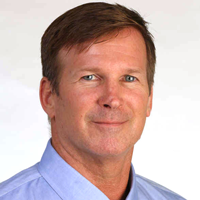 The 2020 General Election will not be like past general elections, Gov. Phil Murphy said. Here is what you need to know about the upcoming election.

Rent prices continue to soar across the United States

Rent prices continue to soar across the United States

Potentially hazardous asteroid to hurtle past Earth on May 27

Potentially hazardous asteroid to hurtle past Earth on May 27