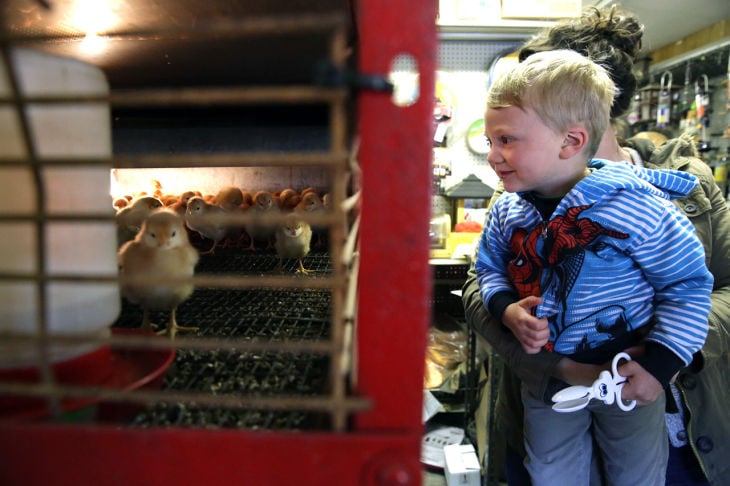 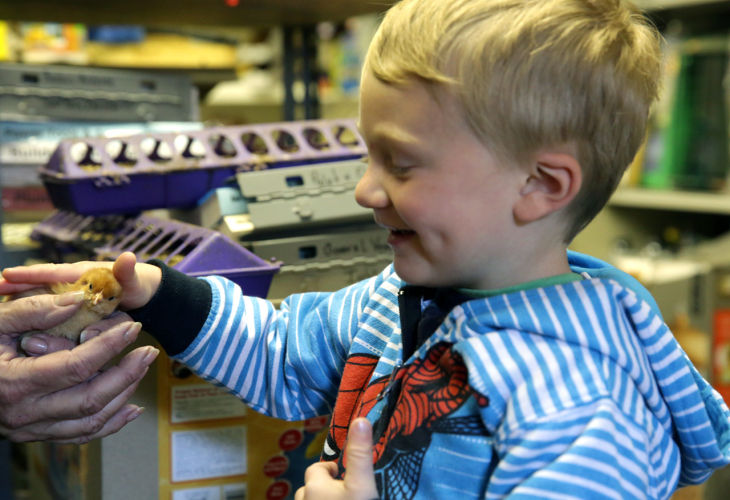 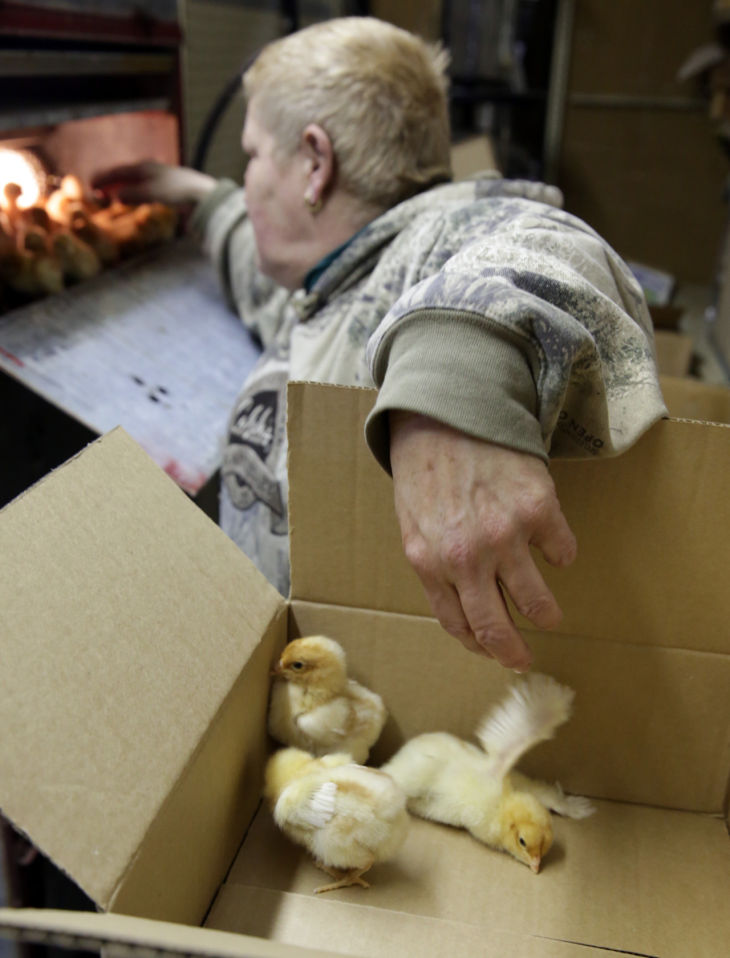 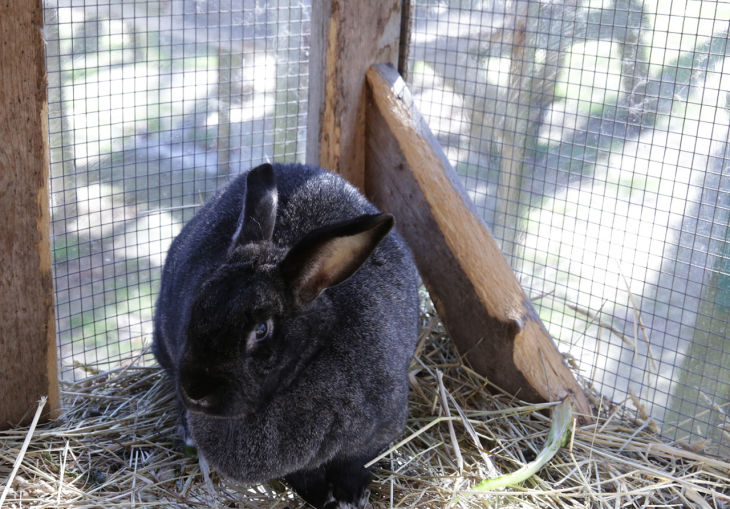 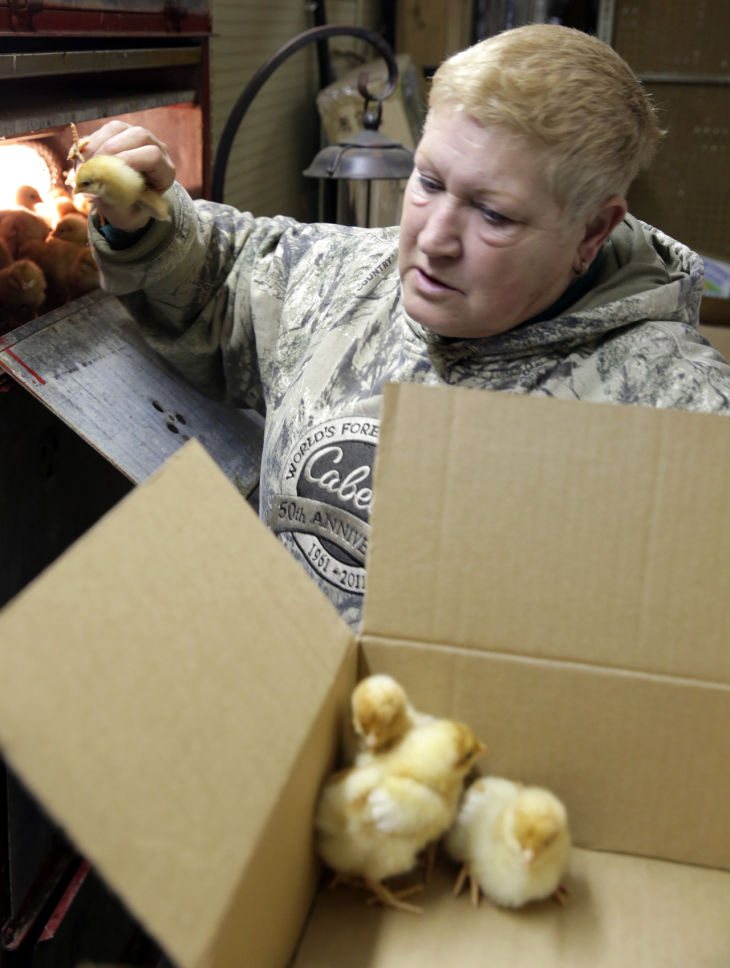 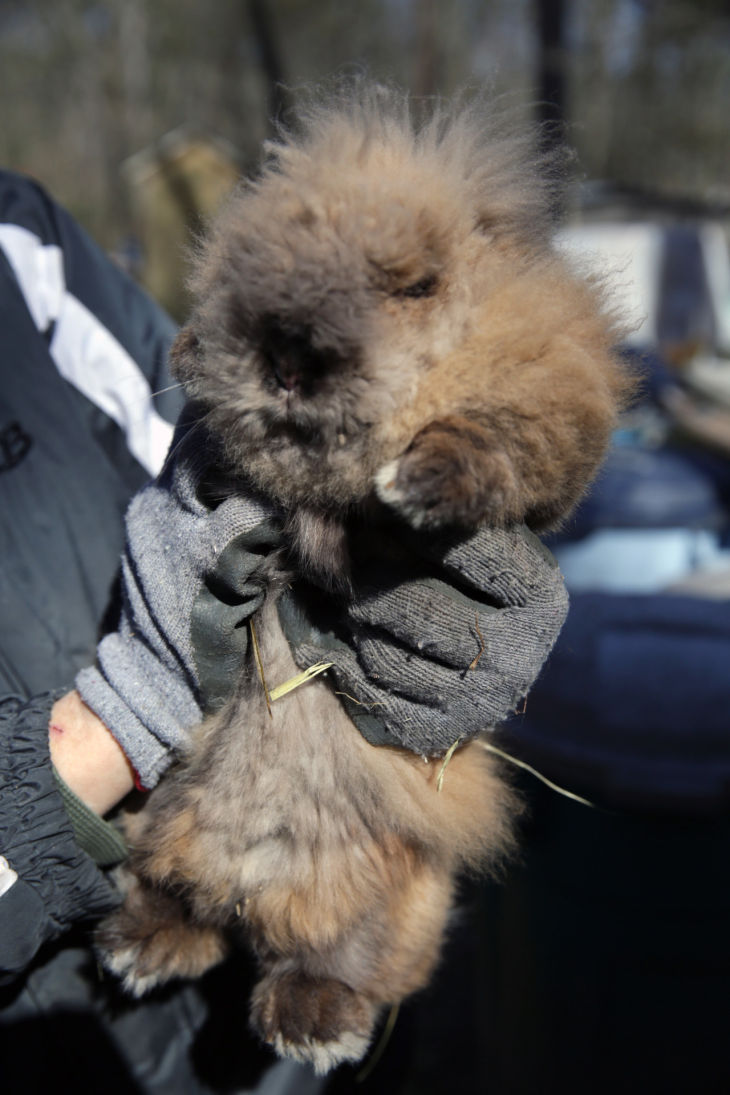 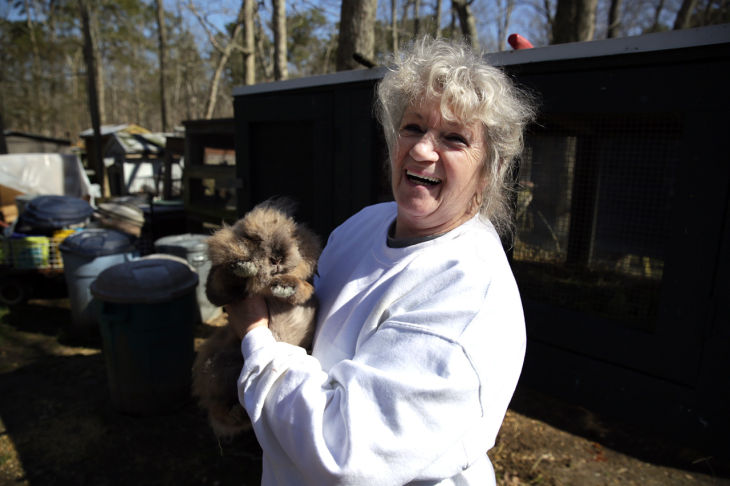 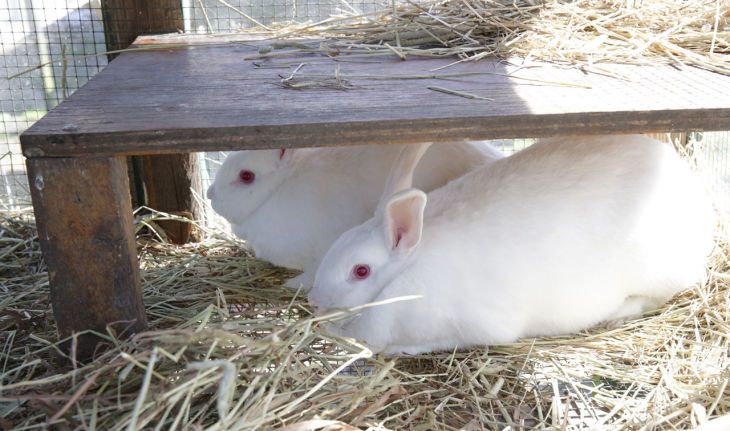 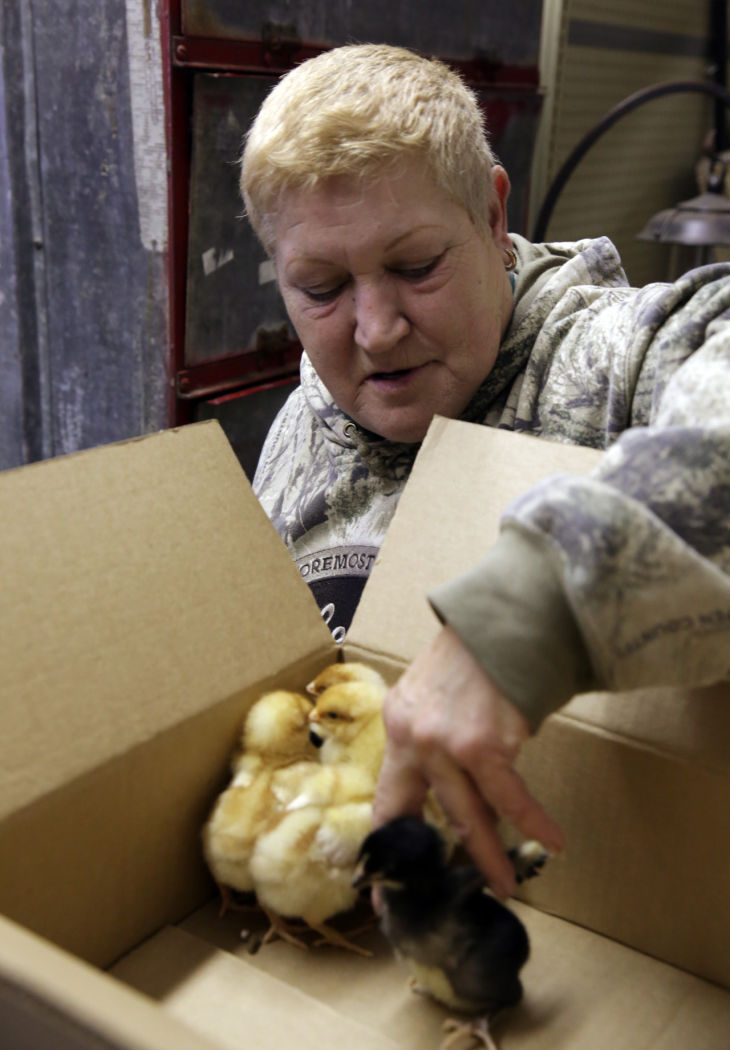 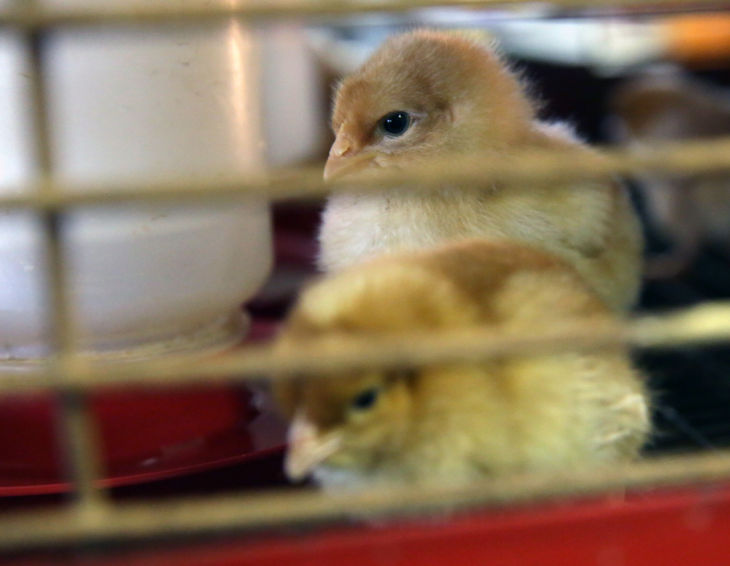 With Easter approaching, animal rescue organizations are anticipating an influx of abandoned animals as baby bunnies and chicks are bought as Easter gifts and later let loose on the side of the road or dumped at over-crowded animal shelters.

“What happens is a few months down the line we end up with the adult animals,” said Bev Greco, executive director of the Cumberland County Society for the Prevention of Cruelty to Animals. “They get them as babies, and they realize that don't want them anymore or they don't have the facilities to take care of them.”

The Cumberland County SPCA is one of the few, if not the only, animal shelters in southern New Jersey that has the facilities to accommodate homeless rabbits, but it cannot take in fowl, such as hens, roosters and other birds. Most of the local animal shelters take only cats and dogs.

Nancy Beall, president of the Atlantic County SPCA — which doesn’t house domesticated rabbits and birds, but does help provide treatment and find housing for the abandoned domesticated animals — said it may seem like people are becoming more educated and aware of the proper treatment of domesticated animals in recent years, especially as more laws against animal cruelty have been put into place, but the trend of people buying bunnies and baby chicks as Easter presents is still very much alive.

In New Jersey, state law prohibits people from abandoning a domesticated animal or selling, offering for sale, bartering, giving away or displaying live baby chicks, ducklings and rabbits that have been dyed or artificially colored, which was a common practice in the recent past. Selling, offering for sale or giving away living rabbits, baby chicks and ducklings under 2 months of age for use as household or domestic pets is also illegal.

“People forget that those little fluff balls turn into full-grown hens or roosters, which are even harder to adopt out since they don’t produce eggs, Beall said.

Mike Butterhof, manager of Butterhof’s Farm & Home Supply of Mullica Township, which sells baby chicks, but only for farming and egg-production purposes, said there’s a law that prohibits the sale of fewer than six chicks at a time in the month prior to Easter to persuade people from buying them as Easter gifts. The day after Easter, customers can buy one chick if they wish.

Still, Butterhof said, he can tell right away when a customer is interested in buying chicks as pets or presents.

Without targeting any specific business, Beall said she believes many farm supply shops hide the sale of chicks as Easter gifts behind advertisement of the farm eggs. The same goes for rabbits.

Beall recalls rescuing 63 rabbits in one day five years ago at Easter from a Cape May County man who was hoarding them and selling them on the side of the road as Easter gifts.

She said she received a complaint of animal cruelty and drove right to the location and saw a sign advertising the bunnies for sale. Based on the complaint, she was able to get a search warrant and investigate the property, which led to the rescue of the mistreated rabbits.

“The condition they were in was horrible,” Beall said. “He was hoarding them in this confined space, there was rabbit poop all over their cages, many of them had it matted into their coats, they were malnourished.”

Within days, she and volunteers placed all 63 animals in homes.

Beall said it’s important to note that she is not against owning domesticated rabbits or fowl as pets, rather her goal is to emphasize the importance of proper treatment of the animals and the differences between wild and domesticated animals.

Suzanne Fenton, an Egg Harbor Township resident who runs Wildlife Aid, a nonprofit animal rescue organization, out of her home and is a licensed NJ Wildlife rehabilitator, said one of the major issues she sees is a lack of knowledge on how to properly care for the pet.

For example, she said if you buy a bunny and later realize you’re no longer interested in having it as a pet, you can’t just let it loose in your garden or in a park and expect it to survive in the wild. While a properly cared-for pet rabbit has an average life span of 11 years, most domestic rabbits die within their first year of life because of being mistreated, often out of innocent ignorance, such as assuming a bowl of lettuce alone provides suitable nutrition for the animal.

“A domesticated rabbit is very different from the rabbit you see running across your lawn,” said Fenton, who has a half-dozen rescue rabbits herself, all of which were brought to her by volunteers or animal control officers after they were found in the wild. “It would be like dumping your dog five miles up the road.”

Most abandoned domesticated rabbits don’t survive their first night in the wild, as they lack the ability to hide from predators, which they would have been taught by their parents when they were babies, and they are easily traumatized animals that can actually be scared to death, she said. Those that do survive that first night will more often than not be hunted and killed by bigger animals, hit by cars or succumb to malnutrition or disease.

The bottom line, Beall said, is to make sure you’re ready for a several-year commitment if you buy a rabbit or even a chick as a pet, “or don’t go buying these poor little things. Buy a chocolate bunny, or better yet, buy a stuffed bunny — it’s less calories, and they’ll stay cute and small forever.”

Sudanese man in NYC unable to talk to family

Five New York residents have been indicted on charges of trying to steal more than $1.1 million from five Atlantic City casinos in August, act…