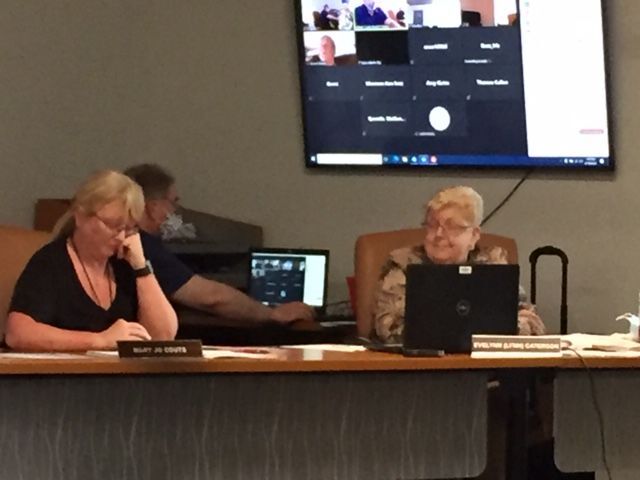 GOP Atlantic County Board of Elections Chair Lynn Caterson says a new law specifies that any release of results before close of polls on Election Day is a third-degree criminal offense. 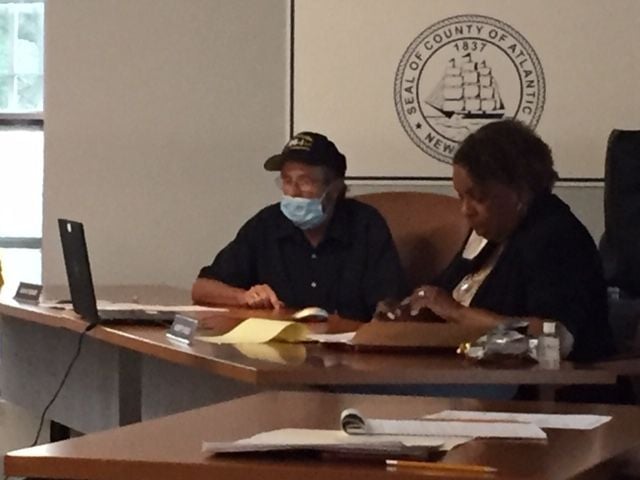 The Atlantic County Board of Elections is preparing to handle about 120,000 vote-by-mail ballots in the Nov. 3 general election, anticipating a 70% turnout rate, members said at a meeting Tuesday night.

“We have huge needs for this election,” said Republican Clerk Sue Sandman. “We need to hire a lot of people and need to do it fast.”

One of those needs is to find a large space, with about 15,000 square feet available, for the board to work in one place to process the expected ballots, members said.

Board Chair Lynn Caterson said she is hoping the board will be able to secure free space in a public building such as a school in a district that is doing strictly remote leaning.

The board discussed a number of adjustments it will make in how it approaches the historic presidential election, which also includes a 2nd District Congressional race between Republican Congressman Jeff Van Drew and Democrat Amy Kennedy of Brigantine that is getting national attention.

It chose locations for the eight additional drop boxes the state will provide for dropping off ballots to be picked up by the Board of Elections rather than being sent through the U.S. Postal Service, bringing the total in the county to 13. The new locations will be in Absecon, Brigantine, Northfield, Pleasantville, Ventnor and Hamilton Township, along with a second location in Egg Harbor Township.

It also recommended raising the pay for workers who help process the vote-by-mail ballots, and voted to buy new computers, workstations and other equipment for workers.

In the July 7 primary, the first mostly vote-by-mail election in the state’s history, the Atlantic County board handled about 48,000 primary ballots and took almost a month to count them all.

Caterson said she believes the board needs to hire 50 to 60 workers to handle the deluge of ballots.

Caterson distributed new policies to the commissioners to review, including policies requiring one Democrat and one Republican to be present whenever vote-by-mail ballots are handled.

She said the board recently found it had put the policy in writing in 2003, but it was concerning absentee ballots. It recently came to light that in the primary, a Democratic staffer had counted vote-by-mail ballots while alone in the office on a weekend. According to the rules of the board, there should always be one person of each party present when ballots are handled.

A caller also brought up Democrats’ complaints that Republican Commissioner Mary Jo Couts had opposed the idea of an all vote-by-mail election in a Facebook post.

Democrats have called on Couts to resign.

“I’m not against mail-in-ballots, i just want people to have options,” Couts said. “I have no intention of resigning this board.”

“I don’t know how any board of elections member expressing their freedom of speech impedes their ability to review ballots. There is no cause for removal for any member,” Gallo said. “To know Mary Jo personally is to know she is a woman of integrity, and an extremely hard worker and wants nothing but the best for our community.”

Also Tuesday, the Atlantic County Freeholders passed a resolution on a party-line vote opposing Gov. Phil Murphy’s decision to restrict voters from using voting machines in the election Nov. 3. It will be a mostly vote-by-mail election with paper provisional ballots available at polling places on Election Day. Machines will only be available to handicapped persons who cannot use paper ballots.

The resolution was sponsored by At-Large Republican Freeholders John Risley and Gatto, and passed with the support of the six Republicans on the board. It was opposed by the three Democrats.

“I feel that this is a matter of principle,” Risley said, after acknowledging it’s a moot point since the governor has already made his decision. “We’ve been totally insulted as voters by the state of New Jersey.”

Gatto said she feels voters should be able to choose what they are more comfortable with, voting by mail or by machine, and poll workers would be better served by having a voter come in for five minutes to push buttons on a machine, rather than spending a half hour figuring out and filling out a paper provisional ballot.

“Over the last four years there has been talk about elections being hacked and manipulated by outside forces,” said At-Large Democratic Freeholder Caren Fitzpatrick, of Linwood, who said she supported the mostly-vote-by-mail format. “This is a paper trail.”

“I’m sure a multitude of people would love to have gone to the polls,” said Democratic Freeholder Ernest Coursey, who represents Pleasantville and part of Atlantic City and voted against the resolution. “But we still try to err on the side of caution.”

Republican Freeholder Chairman Frank Formica said he felt the governor’s order for a mostly vote-by-mail election could be challenged as unconstitutional.

“But not in time for the election,” he said.

TRENTON — “Bring it on,” Gov. Phil Murphy said Wednesday of a lawsuit filed by the reelection campaign of President Donald J. Trump, challengi…

Want to be a pool worker or a poll worker for Nov. election? Both are needed

VINELAND — Mayor Anthony Fanucci on Saturday announced his intention to run for re-election in November.

The day after speaking at the Republican National Convention, U.S. Rep. Jeff Van Drew, R-2nd, said the experience was exciting and moving.

A new state law allows Boards of Election to start counting vote-by-mail ballots 10 days before Election Day, increasing the chance of getting…

Democrats now outnumber independents in NJ, not in 2nd district

Democrats now outnumber independents in N.J., not in 2nd

VENTNOR — Shirat Hayam Synagogue will hold an online forum for congressional and Atlantic County candidates in the Nov. 3 election at 11 a.m. Sunday.

GOP Atlantic County Board of Elections Chair Lynn Caterson says a new law specifies that any release of results before close of polls on Election Day is a third-degree criminal offense.