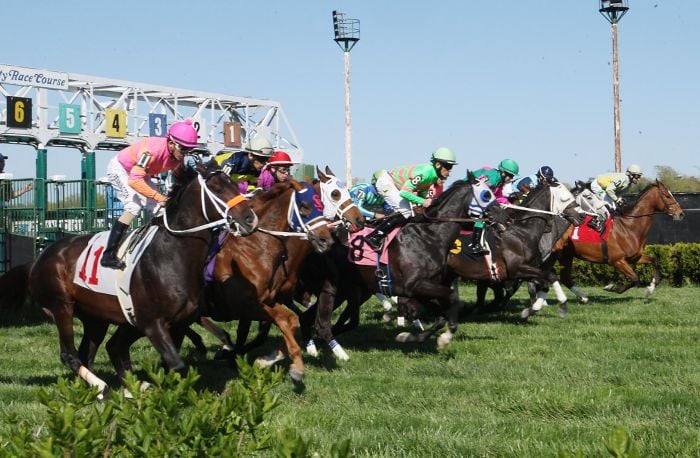 The horses start of the races at Atlantic City Race Course Saturday April 27, 2013. 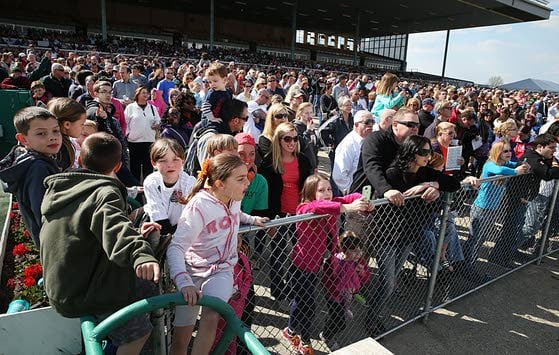 Spectators get a close look at the action at Atlantic City Race Course in Mays Landing on Sunday afternoon. ‘This is just a very fun meet. Everyone’s happy, and there’s no stress. It’s great,’ jockey Maria Remedio said. 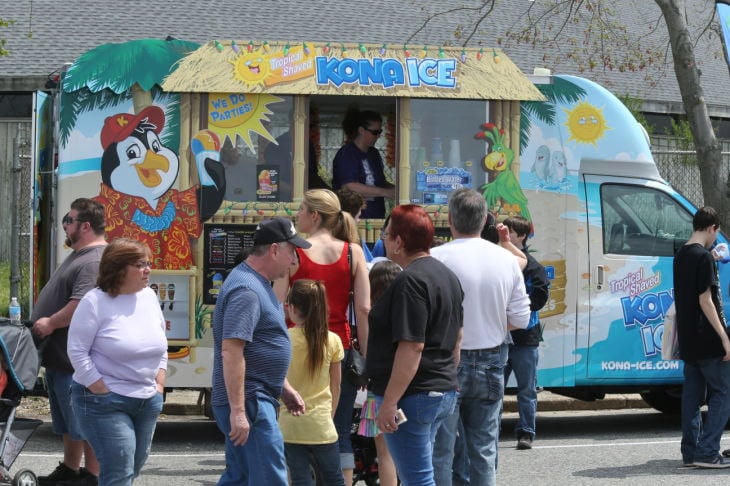 MAYS LANDING — Atlantic City Race Course, a one-time haven for the rich and famous, will permanently close down next week after nearly 70 years in business, its ownership group announced Friday.

Greenwood ACRA, owner and operator of the track, said the last day for business and simulcast operations will be Jan. 16. The shutdown brings a halt to racing operations that began when the track first opened in 1946.

“We regret to announce that we must close Atlantic City Race Course immediately due to continuous business decline in the industry, the current regional economic climate and the absence of alternative revenue opportunities,” Joe Wilson, president of Greenwood ACRA, said in a statement. “Most importantly, we would like to thank our dedicated employees and the supporters of Atlantic City Race Course who have contributed to its proud legacy in the racing industry over the years.”

Click here for a gallery of historical photos from the track.

Customers may cash winning tickets at the track until Jan. 16. After that date, winning tickets may be cashed at the Favorites off-track wagering site in Vineland during normal business hours.

Greenwood ACRA did not disclose what plans it has for the property and could not be reached for comment.

Over the years, the track struggled as the horse-racing industry began to fade. Other than a limited live-racing schedule each spring, it kept the doors open by operating a simulcasting parlor year-round.

The track’s recent history contrasts with its heady early days — a time when show business personalities were fixtures in the clubhouse and grandstand. Frank Sinatra and Bob Hope were among the Hollywood heavyweights who once were shareholders in the track.

On opening day, July 22, 1946, 28,000 fans packed the facility, the largest inaugural day racetrack crowd in history. Among those in attendance were Sinatra, Hope and Princess Grace of Monaco. Princess Grace was the daughter of John B. Kelly, the track president and one of the four businessmen who founded it.

In 1948, turf racing debuted on the track’s mile-long grass course, which was widely regarded as one of the best in the country. It was the first track to conduct a full season of night racing in 1976, and the nation’s first simulcast was transmitted to the track from the Meadowlands in 1983.

“It was a storied institution,” said Dave Bontempo, who has been going to the track since 1979. “Having bets and having meals there, it felt like a home to me.”

Bontempo said one of his best memories of the track was in 1991, when the track was the first in North America to present a combination racing/boxing card.

“To hear this news, it feels like the death of a friend,” Bontempo said. “It’s a very sad day.”

Last year marked the 68th consecutive year of live racing at the track, but it has not hosted a full season since 1998. In later years, the track has drawn larger crows to its six-day meets, especially on Sundays. Last year’s attendance on Sunday was 12,653, making it the second-largest crowd to watch live-racing at the track in the last 25 years, behind only the 13, 258 that showed up on Sunday in 2013.

The advent of casino gambling in Atlantic City in 1978 cut into the track’s business. To many gamblers, the lure of casino slot machines and table games was more appealing than horse-racing. Ironically, Atlantic City Race Course’s troubles were deepened by the closings of four casinos last year, an economic crisis that has spread outside Atlantic City to the surrounding communities of Atlantic County, including the track’s hometown of Mays Landing.

The closing leaves New Jersey with only three racetracks: Monmouth Park and Freehold Raceway, both in Monmouth County, and the Meadowlands in Bergen County. Garden State Park, in Camden County, closed in 2001.

Prior to the shutdown announcement, the track had been working with promoters to stage a series of special events for this year, including concerts, a car show, a motorcycle rally, skateboard championships, an arts festival and charity fundraisers

Steve Capozzi, of Hammonton, was at the track Friday. He didn’t think the track’s owners had done enough.

“I think this company could have done a lot more to attract business to this property,” he said. “They were running the place like they didn’t care. They should have done something. Upgrade the TVs. Things like that.”

Todd Gould, of Atlantic City, was also at the track Friday. He said the track had good crowds at its live meets and didn’t understand why they wouldn’t extend the meets. For him, the closing of the track was another example of bad news in the area.

“It’s just another sad mark with the casinos and Atlantic City in general,” he said. “We are not gaining anything, we’re losing everything.”

Investigators at Northfield home where body found on front lawn

Authorities are investigating after a man was found dead in the front lawn of a Northfield residence Friday morning.

With race course closing, what's next for Hamilton Township?

HAMILTON TOWNSHIP —The Atlantic City Race Course will close Jan. 16, and community organizations and township officials have ideas for what th…

Press readers give their opinion on future of A.C. race course

Last Friday the owners of Atlantic City's race course announced that they would be closing the track permanently this month.

The group that operates Monmouth Park reached out to the owner of the Atlantic City Race Course to discuss leasing or purchasing the track, ac…

Regulars mourn the end of the Atlantic City race course

Reporter Donna Weaver went to the Atlantic City race course to document the end of an era for a local institution.

Legislation to protect the simulcasting of horse races in Atlantic City was approved by the state Assembly on Thursday.

Mercato Market closes, will only open for special events through year's end

The Mercato Market at Atlantic City Race Course in Mays Landing announced it had not been able to garner enough support to reopen in July, aft…

The Mercato Market at Atlantic City Race Course in Mays Landing announced it will be closed until further notice in a Facebook post Thursday evening.

HAMILTON TOWNSHIP — The horses may be gone, but crowds still flocked to the Atlantic City Race Track in Mays Landing on Saturday for the grand…

Photo Gallery: A look back at AC Race Course

The horses start of the races at Atlantic City Race Course Saturday April 27, 2013.

Spectators get a close look at the action at Atlantic City Race Course in Mays Landing on Sunday afternoon. ‘This is just a very fun meet. Everyone’s happy, and there’s no stress. It’s great,’ jockey Maria Remedio said.