ATLANTIC CITY — Police want the public’s help in locating a suspect in the shooting of a man, according to news released by Sgt. Kevin Fair.

An investigation conducted by the violent crimes unit’s detectives identified Emery Chapman, 40, as the suspect in a shooting Feb. 3, Fair said.

At 5:13 a.m., patrol officers arrived at the AtlantiCare Regional Medical Center, City Division, for a man who walked in with a gunshot wound to the chest, Fair said. The 25-year-old victim from Pleasantville was shot after becoming involved in an altercation with Chapman, also of Pleasantville, at the Hard Rock Hotel & Casino Atlantic City, Fair said.

Chapman, who is also known by the nickname Strawberry, has a birthmark on his left cheek. He is 6 feet tall and weighs 181 pounds. His last known address was in Pleasantville. He also frequents the city. He should be considered armed and dangerous, police said.

ATLANTIC CITY — An Egg Harbor Township man and a city woman were arrested early Wednesday in the robbery of a city convenience store.

ATLANTIC CITY — A 55-year-old city man was arrested last Monday after attempting to strike a man he was fighting with a machete, police said Tuesday.

ATLANTIC CITY — Six males and three women were arrested Wednesday on charges including possession of a loaded gun, cocaine, heroin and prescri…

ATLANTIC CITY — A 56-year-old city woman was arrested Monday after she stabbed her boyfriend during an argument, police said.

Two men arrested in Atlantic City with drugs in their car, police say

ATLANTIC CITY — A tip from a concerned citizen Tuesday led to the arrest of two men and the recovery of a gun and drugs, police said Wednesday.

ATLANTIC CITY — A city woman was arrested Monday in Pensacola, Florida, for her role in an attempted murder in the city, police said Tuesday.

ATLANTIC CITY — Officers responded Wednesday to the 2400 block of Pacific Avenue for a report of a man shot, police said Thursday.

ATLANTIC CITY — City police, fishermen and an emergency medical technician assisted in the removal of an unconscious driver Saturday whose veh…

ATLANTIC CITY — A 19-year-old teen who lives here was found with at least one gunshot wound at 6:40 p.m. Sunday at Dr. Martin Luther King Boul…

ATLANTIC CITY — A 13-year-old city boy was arrested with a rifle Tuesday after fleeing from officers investigating a stolen car, police said Tuesday.

Atlantic City man arrested moments after shooting into a crowd

ATLANTIC CITY — A 21-year-old city resident was arrested Tuesday moments after shooting into a crowd of people sitting at a picnic table, poli…

ATLANTIC CITY — A Galloway Township man was arrested Thursday after police say he attempted to lure a child into a vehicle.

ATLANTIC CITY — A juvenile male was arrested Wednesday for his role in a robbery and shooting of a man who sustained a graze wound, according …

ATLANTIC CITY - A 64-year-old Atlantic City man was arrested for allegedly assaulting and attempting to rob another man on Monday, according t…

ATLANTIC CITY — A city man and woman were arrested Thursday after a search discovered heroin, marijuana and ecstasy at a Caspian Avenue reside…

ATLANTIC CITY — Police responding to a report of gunfire in the 700 block of Wabash Avenue found a 20-year-old city man shot at 7:18 p.m. Tues…

ATLANTIC CITY — A local woman was taken to the hospital after a two-car crash about 4:55 p.m. Wednesday at Pacific and Indiana Avenues, police… 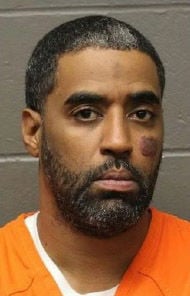 Emery Chapman, 40, of Pleasantville, is wanted by the Atlantic City Police Department and has been charged with unlawful possession of a weapon. 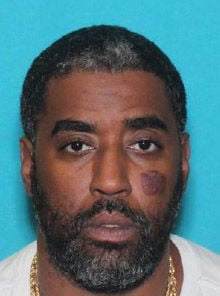