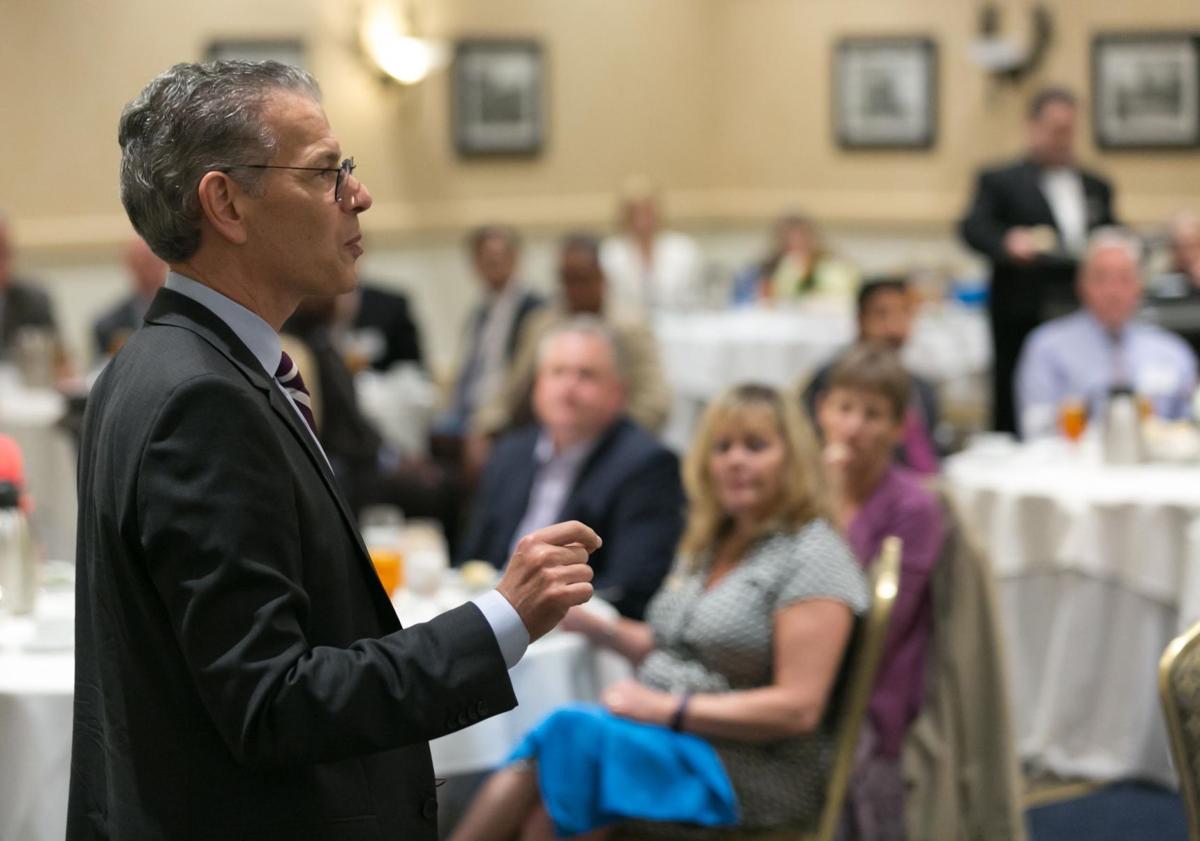 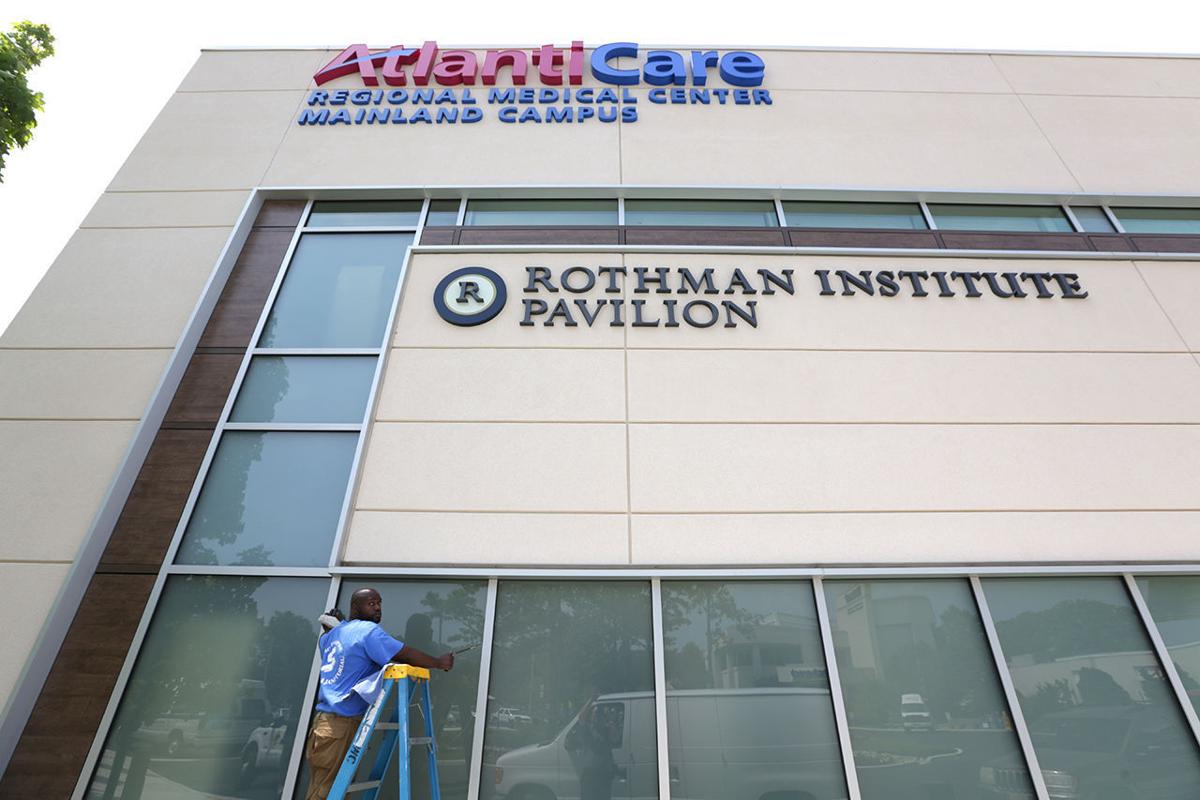 LHC Group will take over AtlantiCare's home health and hospice care services. The deal will be complete on June 1, officials say. 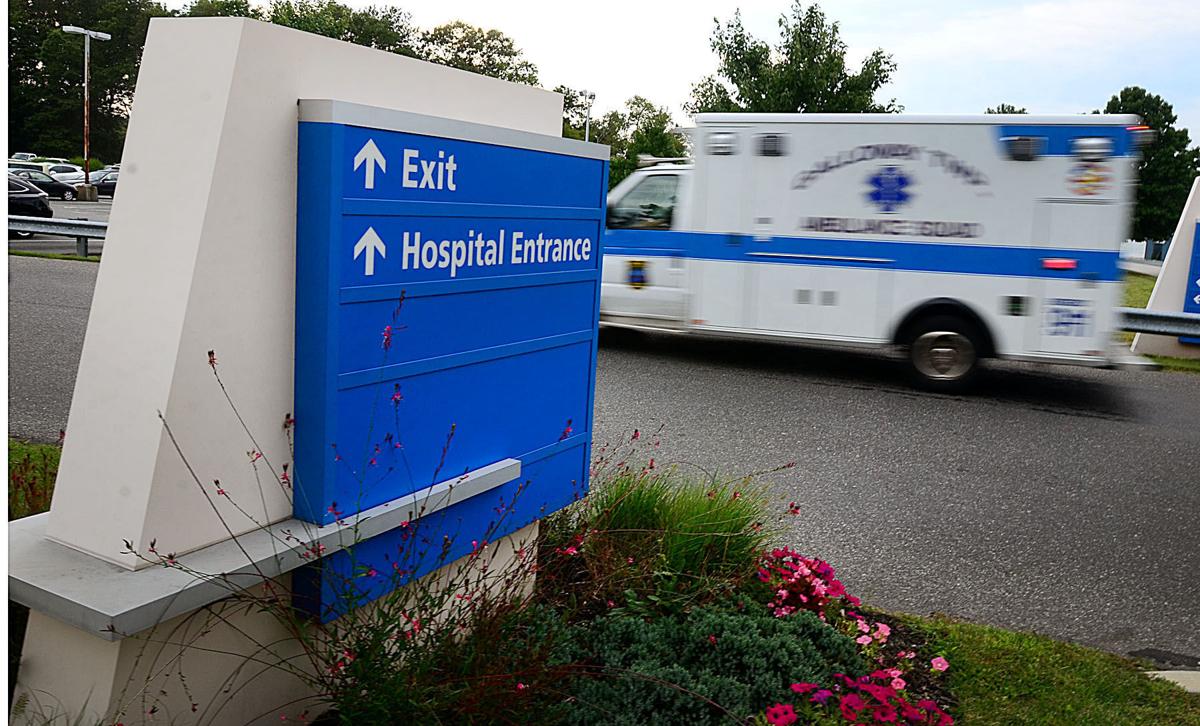 GALLOWAY TOWNSHIP — More than a year and a half after AtlantiCare officially merged with Pennsylvania-based Geisinger Health System, community members say they see opportunities to work more heavily with the health system to benefit local programs and services.

Dr. David Feinberg, psychiatrist and Geisinger president and CEO, told a room of community leaders last week the ultimate goal of the October 2015 merger was to improve access and quality of health care to communities as well as support local programs in a more direct way.

“We need to grow in the zip codes we’re in,” he said. “When we look to jump to other places, our decisions are based on if that organization already shares our values. We heard that at AtlantiCare. For you all, joining us is the most important thing.”

Hospital and health provider mergers have become the norm in New Jersey, especially since the passage of Affordable Care Act. Experts say they expect to see mergers and partnerships continue as future health care changes pose risks to the health care industry.

AtlantiCare is the region’s largest health care organization and largest noncasino employer with more than 5,500 employees at 90 locations throughout six counties. It joined Geisinger, a billion-dollar network with 12 hospital campuses and 30,000 employees and received access to more programs, research and services.

Ron Caplan, associate professor of public health at Stockton University, said mergers didn’t start with the introduction of the ACA, but the national health care reform likely accelerated the trend of mergers and partnerships of health providers for stability.

“We’ll still see more mergers for production,” he said. “If you’re responsible for population health, especially somewhere like Atlantic County, in order to really put your arms around the population and keep it healthy or restore health, you need to have resources.”

Caplan said people expressed concerns over whether AtlantiCare’s merger with Geisinger would be at the cost of focus on local community engagement and support, but he said it appears the partnership has allowed AtlantiCare to maintain those projects and expand in others.

Richard Uniacke, vice president of the food bank’s southern branch in Egg Harbor Township, said he’d like to see his organization team up with AtlantiCare and Geisinger in the future on a diabetes-focused program and expanding screenings for food insecurity among residents.

“Our vision as the FoodBank involves being able to provide sufficient quantities of the right kinds of food for myriad of health issues so that the populations we are serving together have the chance to do more than just survive … they can actually become healthier and truly thrive,” he said.

Only a handful of acute care hospitals in the state remain independent, and even those have partnerships with hospitals like Penn Medicine, Children’s Hospital of Philadelphia, Thomas Jefferson University and Health System and others in order to meet specialty care demand.

“It used to be all about solo practitioners, but that’s ancient history now,” Caplan said. “I think stand-alone hospitals will go the same way. There are a lot of advantages to being big.”

Caplan and other experts say independent hospitals may stand to be the most vulnerable for proposed changes happening at the federal level, including a repeal of the Affordable Care Act and an eventual loss of Medicaid funding for expansion states like New Jersey.

Feinberg said he anticipates that Geisinger and its hospitals, including AtlantiCare, will be in a good position should federal health care changes happen.

Within the next year, Feinberg said he sees AtlantiCare and other affiliated hospitals expanding in areas of telemedicine, addiction treatment, value-based care, community outreach, disease prevention, genetic testing and other services.

“This merger has paid off big time for us,” he said. “The day that AtlantiCare became part of Geisinger, we got much better. There’s a spirit here that is palpable when you walk into centers down here.”

Jury in Bill Cosby case asks about language in 1 charge

NORRISTOWN, Pa. (AP) — The jury in the Bill Cosby sexual assault case drilled down Tuesday on what the TV star said happened inside his suburb…

The passage in 2010 of the Patient Protection and Affordable Care Act, informally known as Obamacare, encouraged hospitals to join into ever b…

Geisinger announced Thursday that its board of directors appointed Dr. Jaewon Ryu, M.D. as interim president and CEO of Geisinger, effective Dec. 1.

Geisinger Health is asking a federal court to block AtlantiCare Health System, Inc. from severing its six-year association with the Pennsylvan…

LHC Group will take over AtlantiCare's home health and hospice care services. The deal will be complete on June 1, officials say.