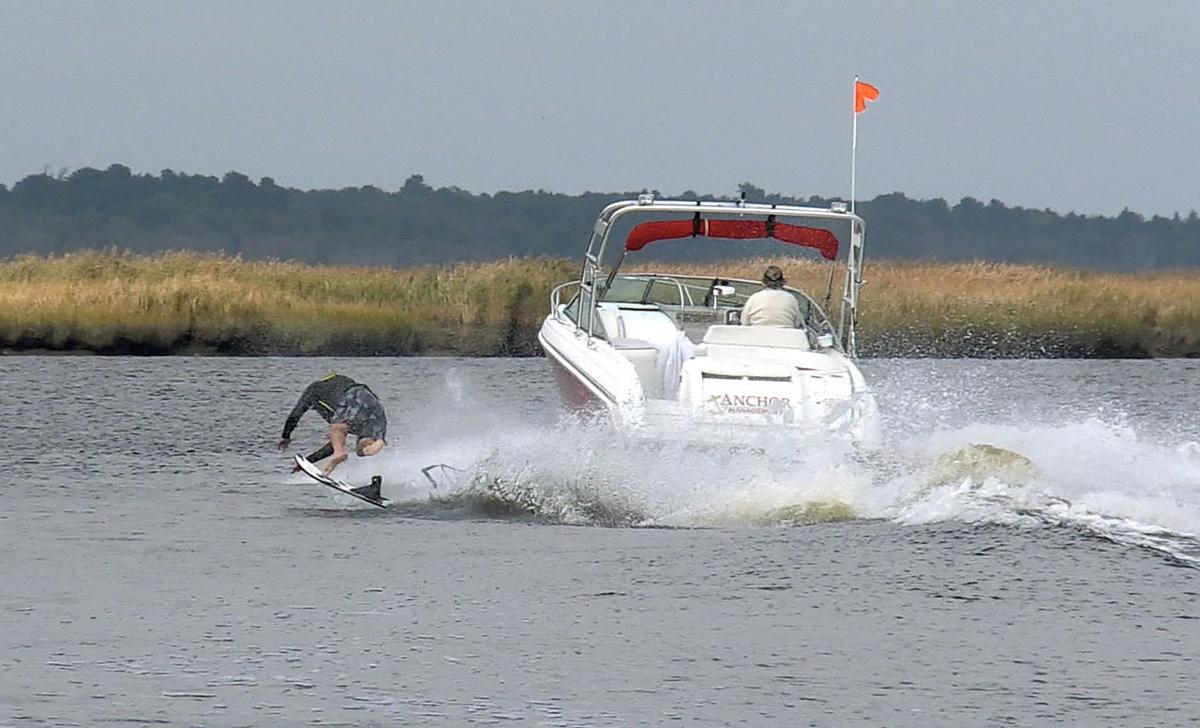 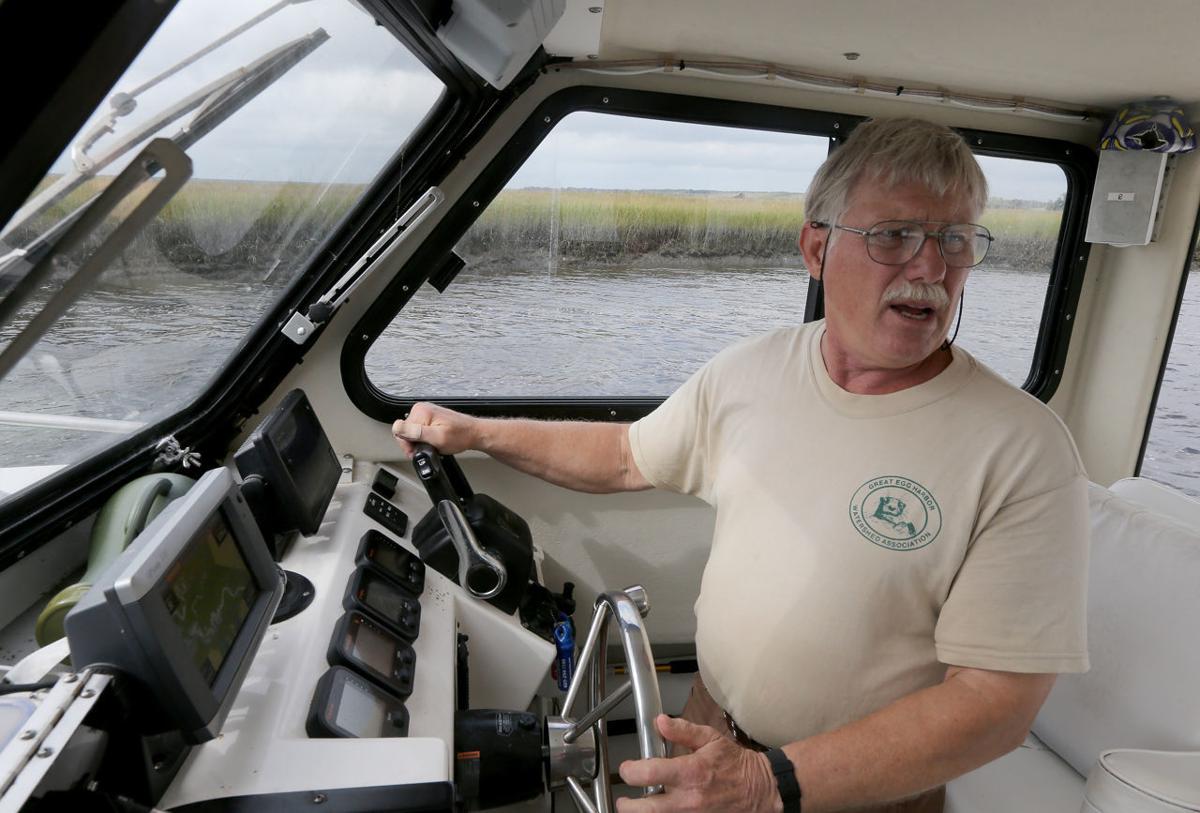 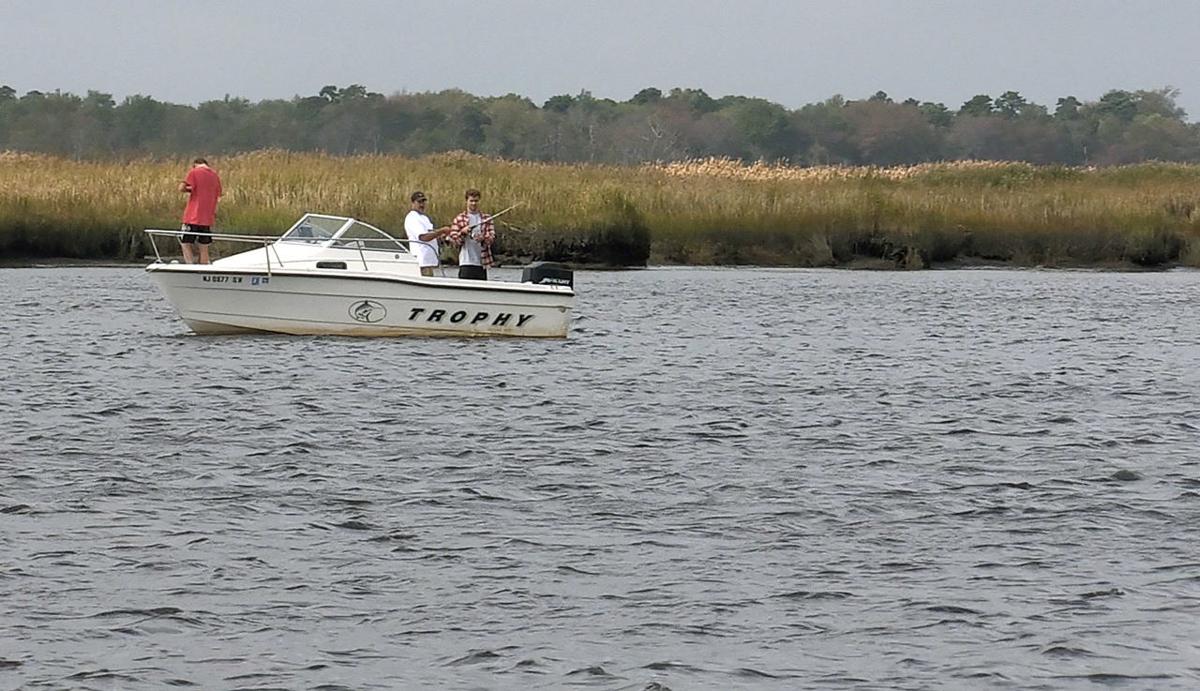 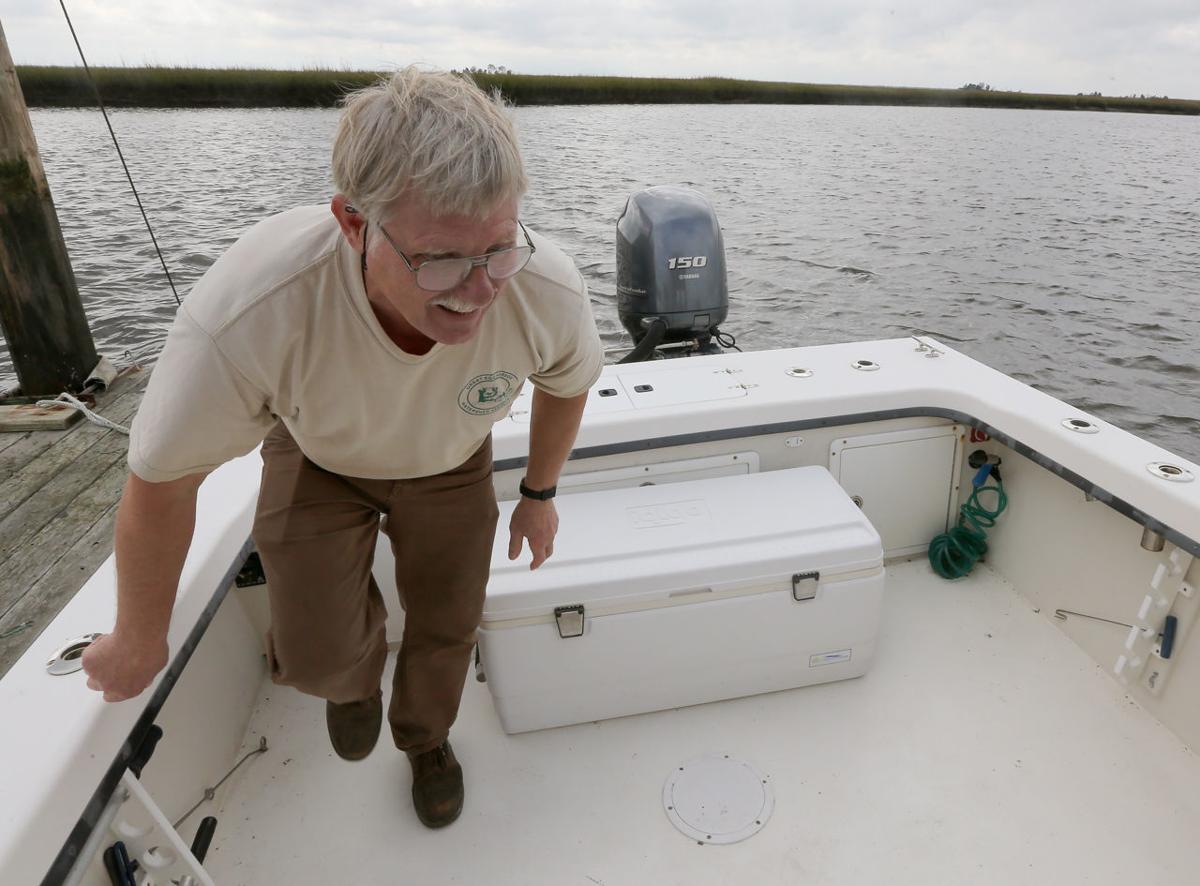 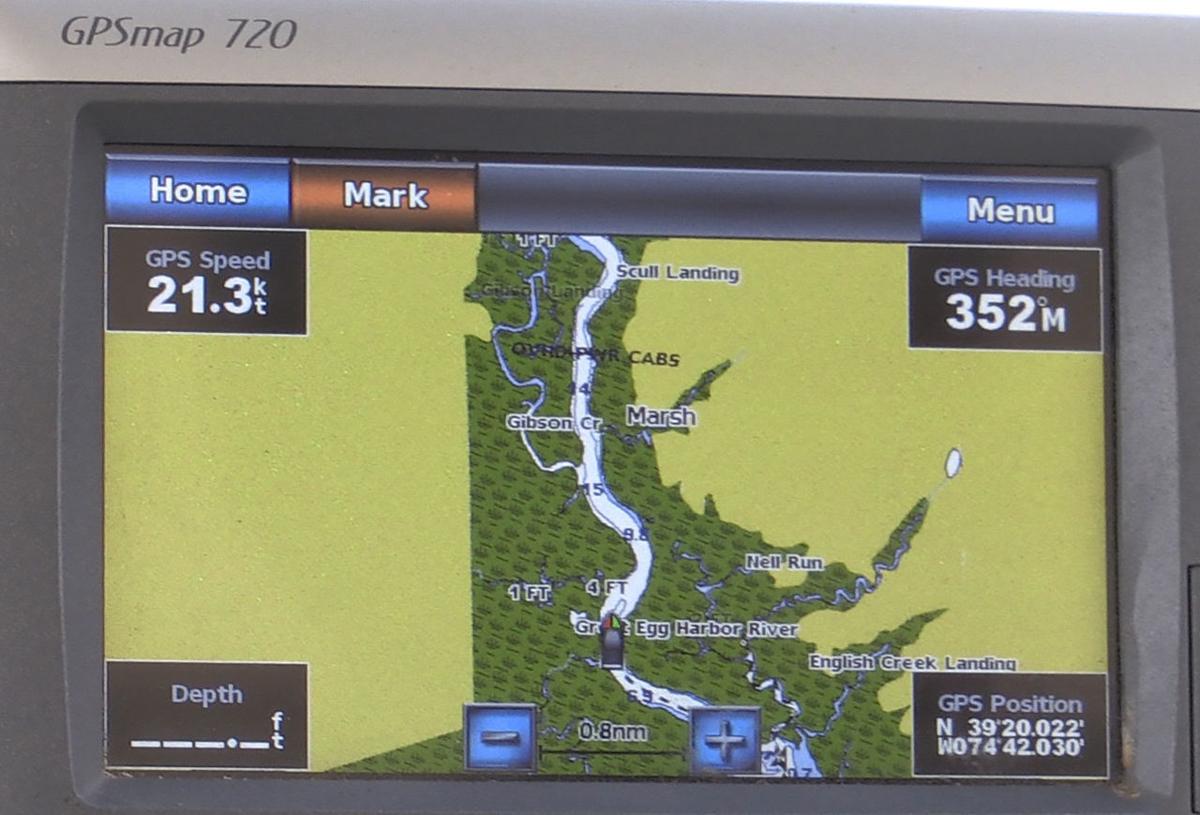 The Great Egg Harbor River is celebrating its 25th year in the Wild and Scenic River program this month. Akers is the local administrator of the program. Sunday Oct. 15, 2017. (Dale Gerhard / Press of Atlantic City) 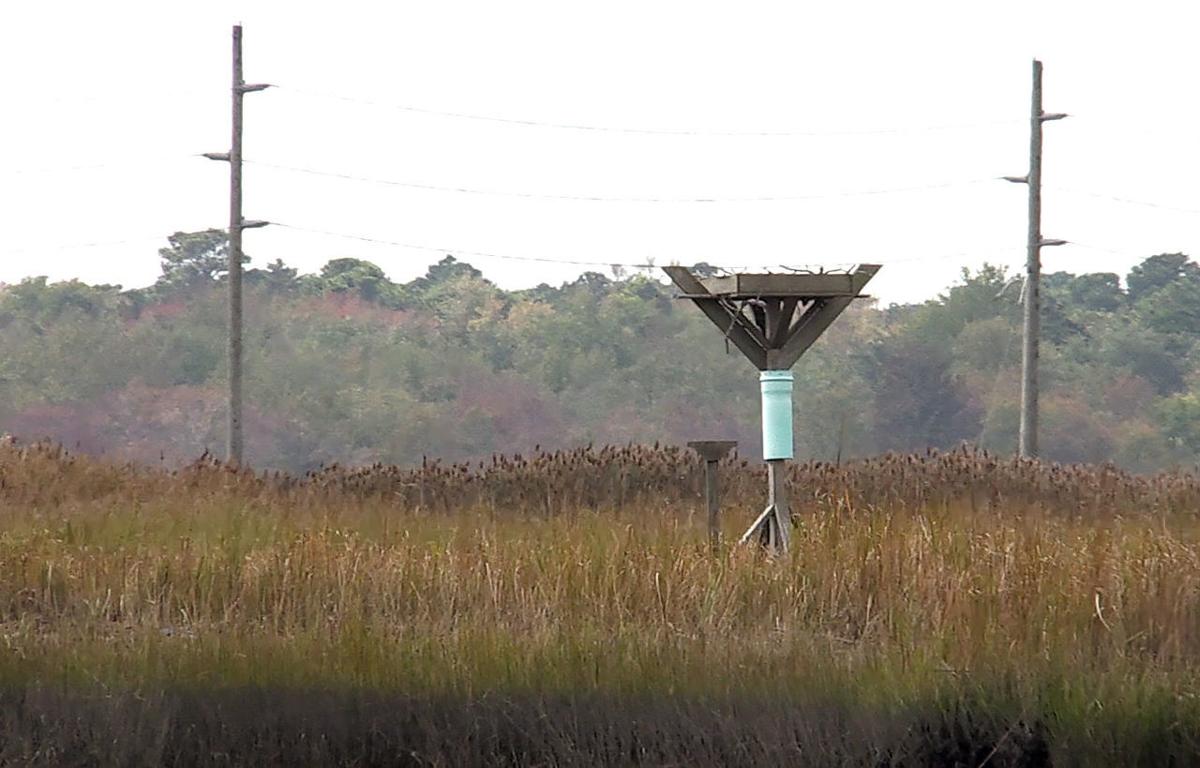 The Great Egg Harbor River is celebrating its 25th year in the Wild and Scenic River program this month. Akers is the local administrator of the program. Sunday Oct. 15, 2017. (Dale Gerhard / Press of Atlantic City)

The Great Egg Harbor River off Egg Harbor Township was a windy expanse on a recent fall day. Even so, a powerboat sped by, pulling a waterskier in a wetsuit.

Farther upriver, where it becomes a winding, narrow waterway, it attracts huge numbers of canoers and kayakers in the summer.

Its beauty, habitats and recreational value helped it become the first locally managed river in the United States to join the national Wild & Scenic River program 25 years ago this month.

Before that, only rivers on federal land were in the program, said Fred Akers, the river administrator who runs both the Great Egg Harbor River Council and the nonprofit GEH Watershed Association.

The Great Egg Harbor is classified as a recreational and scenic river, not a wild one, under the Environmental Protection Agency program, Akers said.

The river, bordered by rural or semi-rural communities in Atlantic County to its north and Cape May County to its south, doesn’t face legacy industrial pollution like so many rivers in the state, Akers said.

Overall water quality within the watershed is very good based on chemical and biological results, said Larry Hajna, spokesman for the state Department of Environmental Protection, which monitors the water quality.

And a U.S. Geological Survey report released earlier this year, “Trends in the Quality of Water in New Jersey Streams, Water Years 1971-2011,” shows nutrient levels significantly decreased in the river from 1980 to 2011, the DEP said.

Still, the river has its challenges.

It was included in the federal program partly because of its healthy population of migratory fish, such as river herring and American eel, Akers said. Now the river herring are almost gone, and Akers believes that’s due to bycatch in industrial fishing far out in the Atlantic Ocean.

The herring spend part of their lives in the ocean, and return upriver to breed where they were born, Akers said. But only small numbers return now, DEP sampling shows.

“You can’t even possess a river herring now. Before that they were caught for bait for striped bass, and long before that to eat,” Akers said. “As river managers, how do we fix that? We want our river herring back.”

So he’s working at the federal level with the Mid-Atlantic Fishery Management Council to try to reduce or eliminate bycatch of river herring at sea, he said.

Ospreys used to eat them, but now must rely on menhaden, catfish and other species.

“Our habitat was good and still is. That hasn’t changed,” said Akers, who manages 42 osprey nests along the river for the state, counting and banding offspring each year.

The Atlantic States Marine Fisheries Commission will soon decide on a new management plan for menhaden. Akers is working with Pew Charitable Trusts and other groups to make sure “human management gives the ecosystem a cut of the population,” he said of the menhaden.

Twenty-five years ago, then-U.S. Rep. Bill Hughes and other Congress members got legislation passed to set up a program for municipalities and a nonprofit to be managers of the river under the Wild and Scenic program.

The Great Egg Harbor then became the model for the other 12 locally managed rivers now in the Wild and Scenic program, said Paul Kenney, the National Park Service representative on the river council. Kenney manages NPS’s responsibilities in the program. He does the same for the only other South Jersey river in the program, the Maurice River in Cumberland County.

Hughes said he got the idea to protect the river from people concerned about harmful development along its banks, including Akers and environmentalist Warren Fox, for whom the nature center at Atlantic County Park in Estell Manor is named.

“The process required hearings and support from the neighboring communities,” Hughes said. “Some were a little concerned. They were already facing a lot of regulation (from new Pinelands restrictions). After we explained the program ... and educated the community, they were very supportive.”

The council is made up of representatives from the 12 municipalities through which the river runs, and the Watershed Association is a nonprofit dedicated to protecting the river that also acts as funding agent for the council.

Hughes got a line item in the federal budget for appropriations to go to the local managers, Akers said.

In fiscal year 2018, the funding will be $140,000 — the most it’s ever been, Akers said. It covers salaries for him and an educator, and expenses such as providing boat tours for school kids.

One of Akers’ jobs is to watch for development plans that threaten the river’s water quality, and try to convince communities not to do something that is bad for the river, he said.

Earlier this year, the private Hidden Creek Golf Course on Asbury Road in Egg Harbor Township was proposing to add a 15-range clay sporting course, but withdrew the proposal after facing opposition, he said.

“They were proposing to shoot 30,000 pounds of lead onto the ground around Miry Run annually,” said Akers. Miry Run is a tributary of the Great Egg Harbor River.

“The public came out, I came out and in the end the applicant withdrew the application,” he said.

Golf course Owner Ole Hanson & Sons said in May, through attorney Stephen Nehmad, the company had decided the economy was recovering enough to move ahead with a planned 39-home housing development on the 30 acres instead. The company has a Coastal Area Facilities Review Act permit to build the houses, Nehmad said then.

The black rail has been a rare bird in New Jersey for decades, but now the shy, small bird o…

total miles of GEHR in program

The New Jersey Department of Environmental Protection has extended the season for dredging of shallow bay waters, according to Ocean City officials.

A funny thing happened at the Pinelands Commission meeting on Friday.

The Atlantic States Marine Fisheries Commission will decide on a new management plan for Atlantic menhaden at a meeting near Baltimore on Monday.

The Pinelands Commission has cancelled its Dec. 8 regularly scheduled meeting for lack of a quorum, spokesman Paul Leakan said Thursday.

HAMILTON TOWNSHIP — The state announced Tuesday it has preserved 1,155 acres of forests and wetlands in the Great Egg Harbor River watershed.

Why water levels have dropped in the Tuckahoe wildlife area

CAPE MAY — The Delaware River is the most complete river in the East that is protected by the National Wild and Scenic River program, accordin…

OCEAN CITY — Former U.S. Rep. and Ambassador William J. Hughes was a leader on the environment, Pinelands preservation and keeping what is now…

WATCH NOW: It largely falls to one man to keep the Great Egg Harbor River clean

You could call him a river sweeper.