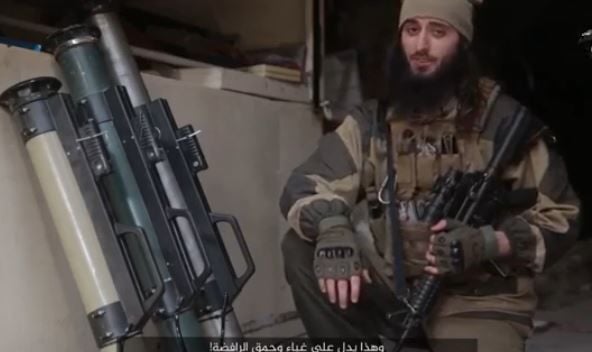 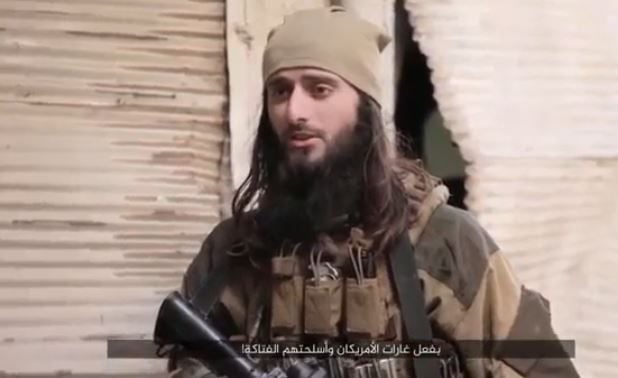 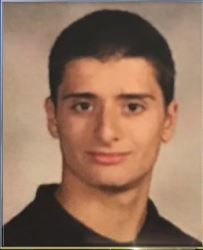 Zulfi Hoxha, a 2010 Atlantic City High School graduate, went to Syria and became Abu Hamza al-Amriki, an ISIS soldier, according to his mother and court documents in another recent terrorism case involving an American.

A Margate native who graduated from Atlantic City High School in 2010 is now a senior commander and fighter in the Islamic State, or ISIS, in Syria.

Zulfi Hoxha, who lived on Washington Avenue and whose family used to own Pierre’s Pizza, joined ISIS in Syria after leaving home April 6, 2015, after a radicalization process that included talking to people online and gaining contacts through a co-conspirator, according to federal court documents cited by The Atlantic.

The news that a terrorist once lived on Washington Avenue shocked local residents and has nearly ruined business for Pierre’s Pizza current owner, Richie Hafizi, who is not related to or associated with Hoxha.

“I have a family to feed, and this has hurt me a ton because now people think I am connected to ISIS,” Hafizi said. “We’ve gotten calls from people asking for pizza with a head on top of it and other crazy calls.”

Hoxha’s family owned the pizza shop nearly 20 years ago, and there have been other owners since then. Hafizi said he bought the shop four years ago but kept the same name because it’s traditional.

A neighbor on the street, who asked not to be identified, said she remembers Hoxha growing up. She said he was “wild” at times riding his bike on neighbors’ yards, and that he was a handsome man as he grew older.

“He was around here growing up with us,” the neighbor said, adding his family usually kept to themselves. “It’s like family here in this neighborhood. ... What would make someone go and do that?”

Jessica Weisman, a spokeswoman for the FBI in Northfield, said she is aware of the media reports, but could not comment on the case.

“The threats of any individual who seeks to join the ranks of foreign fighters traveling in support of ISIL, as well as any homegrown violent extremists who may aspire to attack the United States from within, remain among the highest priorities for the FBI and the Intelligence Community as a whole,” Weisman said.

For days after leaving, he was in an ISIS training camp. Within six months, he was featured in a video beheading captured Kurdish soldiers. He is the first American ISIS member known to be killing people in a recorded video, according to The Atlantic.

One co-conspirator, David Wright, was sentenced to 28 years in federal prison last month after he was convicted of aiding ISIS and conspiring to murder American citizens.

“I am upset,” Ltefaji Hoxha, Zulfi’s mother, told NBC10 on Wednesday at her Margate home. “No good. I’m very upset.”

She added she has not talked to her son in more than a year.

Hoxha has since changed his name to Abu Hamza al-Amriki.

Hoxha, meanwhile, is also seen on an online video, titled, “We will Surely Guide them to our Ways,” encouraging “lone wolf” terrorists to kill Americans by running them down with vehicles or throwing them off buildings.

“Liberate yourself from hellfire by killing a kaffir (non-Muslim),”Hoxha said in the video, which showed him in battlefield fatigues, kneeling in front of rocket launchers. “Are you incapable of stabbing a (non-Muslim) with a knife, throwing him off a building, or running him over with a car?”

Sudanese man in NYC unable to talk to family

Spirit Airlines now will offer flights to the Big Easy.

The colder weather in South Jersey has led to higher bills for Atlantic City Electric customers.

Wally Loges, 70, of the Scullville section of Egg Harbor Township, converted his garage into an Eagles shrine 10 years ago. There are old pict…

Atlantic City Story: The state of the state takeover

ATLANTIC CITY — This week, New Jersey got a new governor and administration.

Zulfi Hoxha, a 2010 Atlantic City High School graduate, went to Syria and became Abu Hamza al-Amriki, an ISIS soldier, according to his mother and court documents in another recent terrorism case involving an American.