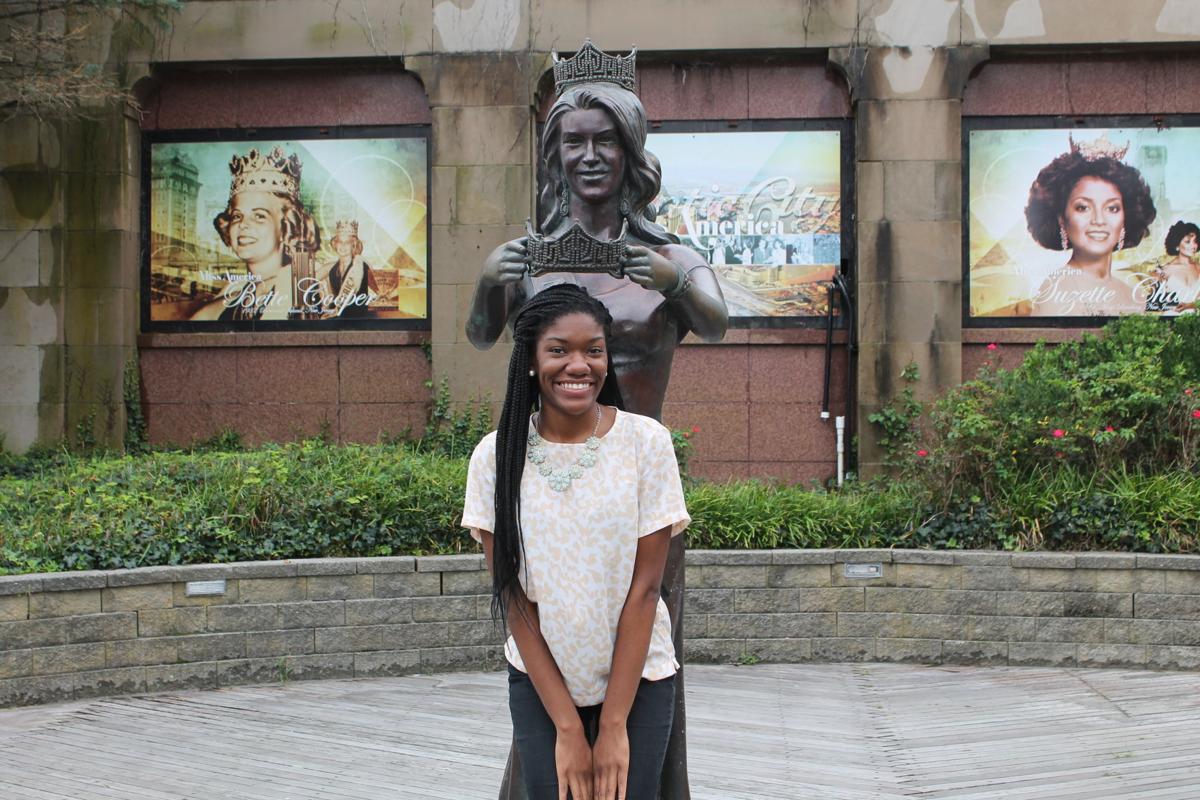 Khadijah King, 24, of Long Island, New York, poses with the Miss America statue on the Boardwalk in Atlantic City. King competed in the Miss New York pageant in 2016. 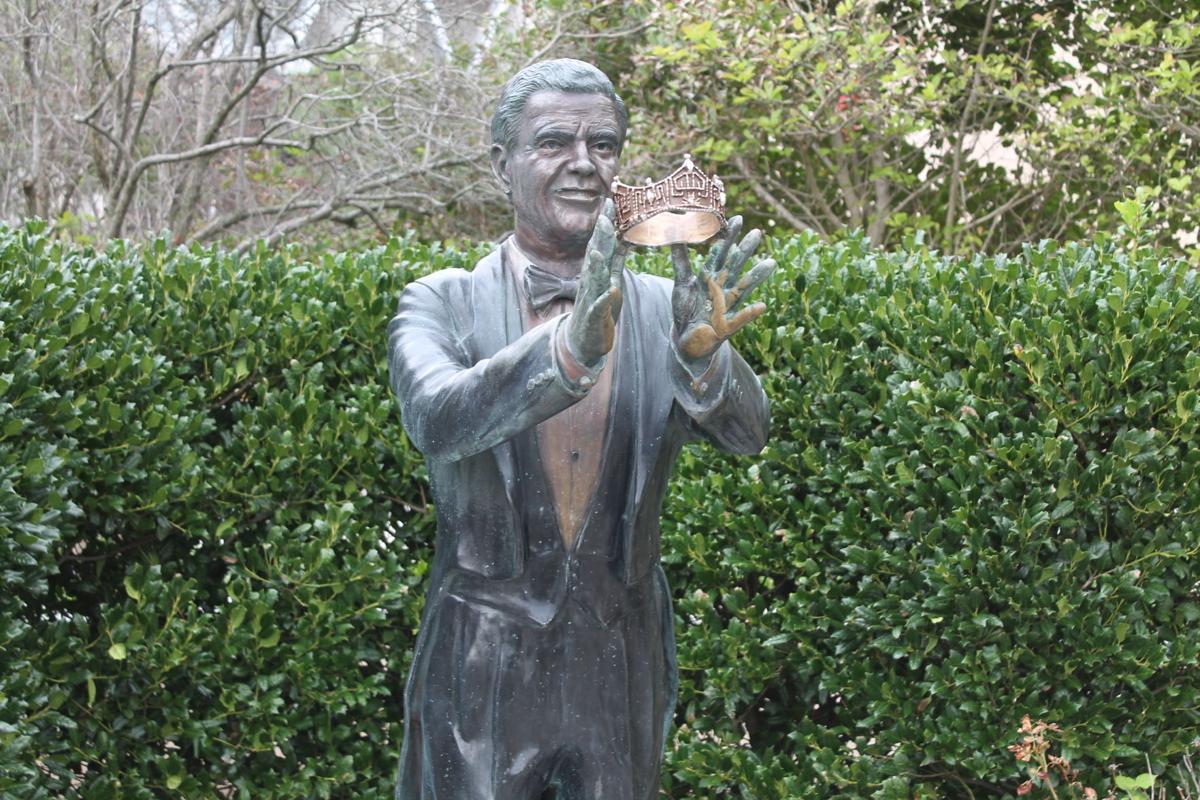 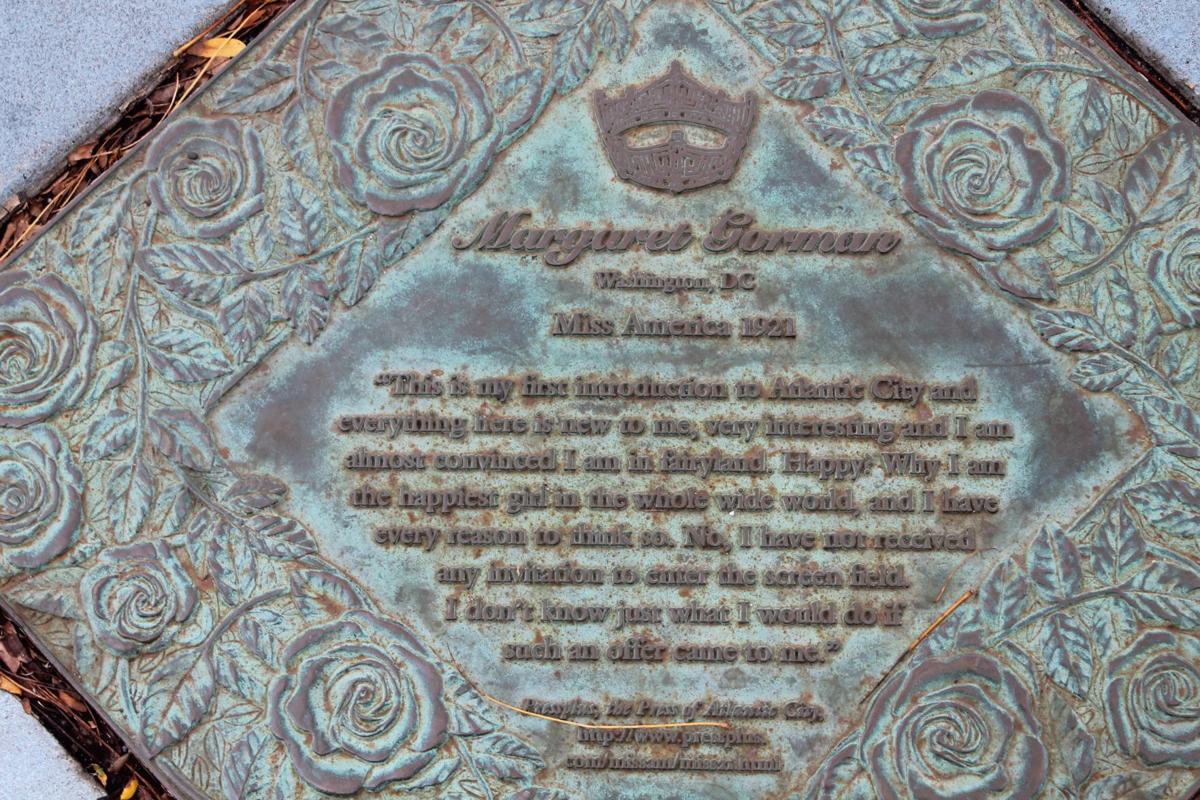 Plaques from the Miss America Rose Walk can still be found at Tanger Outlets. See video and more photos at PressofAC.com.

ATLANTIC CITY — Although the Miss America Competition left its birthplace for the second time in 2019, there are still a few places in town where you can get your Miss America fix.

The Sheraton Atlantic City Convention Center Hotel. Before you enter the hotel, check out the life-size bronze statue of longtime Miss America pageant host Bert Parks — famous for singing “There She Is.” Once you enter the hotel, in lobby features a display of Miss America gowns includes the first (Margaret Gorman), some notables (Lee Meriwether and Phyllis George) and the latest, Camille Schrier. Schrier was crowned last December at Mohegan Sun casino in Connecticut. Her display includes a pair of lucky shoes she says she never lost a pageant while wearing. Each year, the display is updated with the gown of the latest winner.

Tanger Outlets the Walk. Along each side of Michigan Avenue are the remnants of the Miss America Rose Walk, established by the Casino Reinvestment Development Authority in 1997. Once the outlets were built, the 70 bronze plaques were incorporated into the sidewalks on each side of Michigan Avenue. Each plaque features a quote from or about each Miss America winner since the pageant’s inception in 1921. The plaques end with Miss America 1999 Nicole Johnson. Now, there’s only a dilapidated sign outside the Tun Tavern restaurant pointing toward the walk.

The Boardwalk in front of Jim Whelan Boardwalk Hall is home to a 6,000-pound, 7½-foot-tall bronze statue of a reigning Miss America crowning her successor. It’s not unusual to see tourists stop along the Boardwalk and pose underneath the suspended crown, and pretend they are the next Miss America.

Inside Boardwalk Hall there’s plenty of Miss A memorabilia at the Atlantic City Experience in the lobby. You can check out Miss Maine’s lobster dress from the parade and a replica of Miss America’s crown, plus several photos from the competition over the years. The exhibit, which is a joint program between the Casino Reinvestment Development Authority and the Atlantic City Free Public Library, is closed until further notice due to the coronavirus.

After a strange and difficult year, teen pageant winner from Ocean City ready for events

UPPER TOWNSHIP — It’s about a year later than expected, but Isabella Freund is going to Florida.

Trump in Kenosha: 'This is going to heal very quickly'

Trump said his visit aimed to highlight the work of the National Guard members who have responded to protests.

The 2020 Miss'd America Pageant has been canceled, founders John Schultz and Gary Hill announced Friday in a news release.

HAMMONTON — Every summer since 2016, Lisa and Sam Seitles have welcomed hundreds of local children to their day camp on Chew Road for days fil…

Check out all the Miss America Rose Walk plaques that are embedded in the sidewalks on Michigan Avenue at The Walk Tanger Outlets. Can you fin…

Even though the Miss America Competition isn't in Atlantic City any more, there are plenty of sights to see in the city to remind you of the pageant.

Department of Health Commissioner Judith Persichilli announced Friday that a 4-year-old has become the first child to die from COVID-19 in the state.

GALLERY: Look back at local pageants through the years

Take a look back past area pageants including Miss America and Miss New Jersey.

Khadijah King, 24, of Long Island, New York, poses with the Miss America statue on the Boardwalk in Atlantic City. King competed in the Miss New York pageant in 2016.

Plaques from the Miss America Rose Walk can still be found at Tanger Outlets. See video and more photos at PressofAC.com.