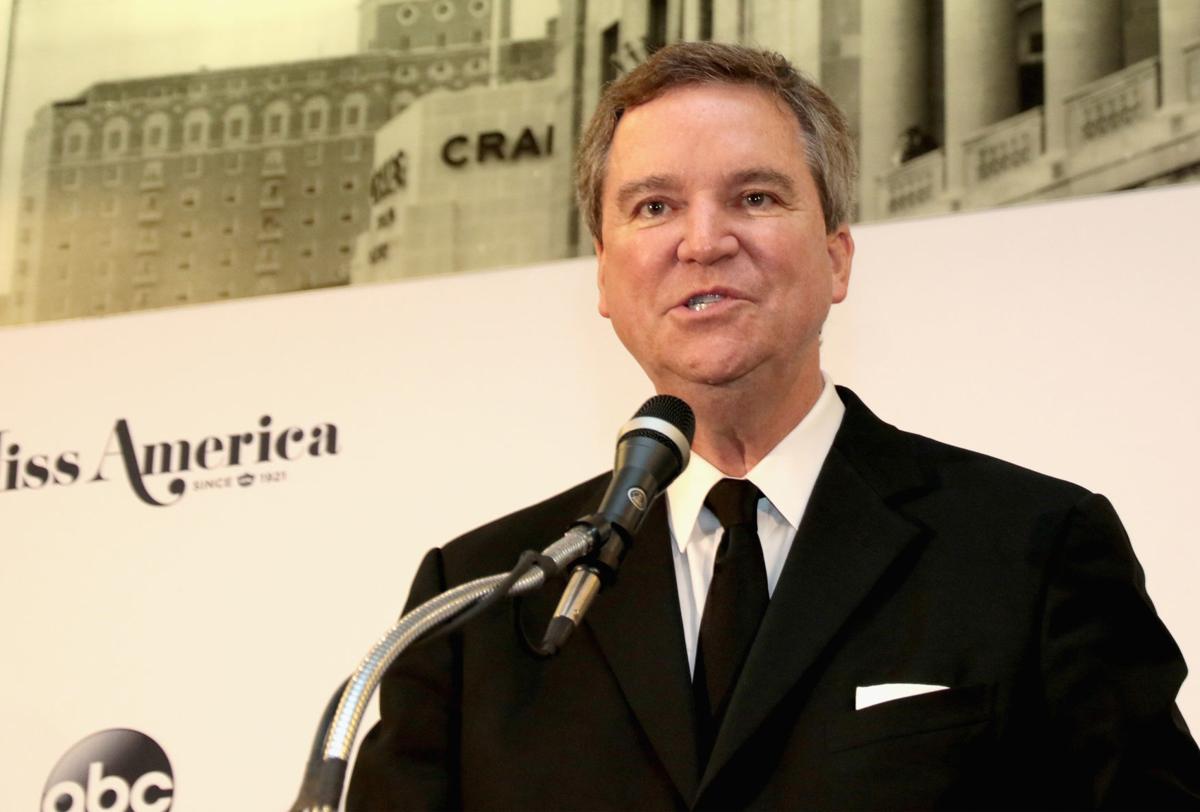 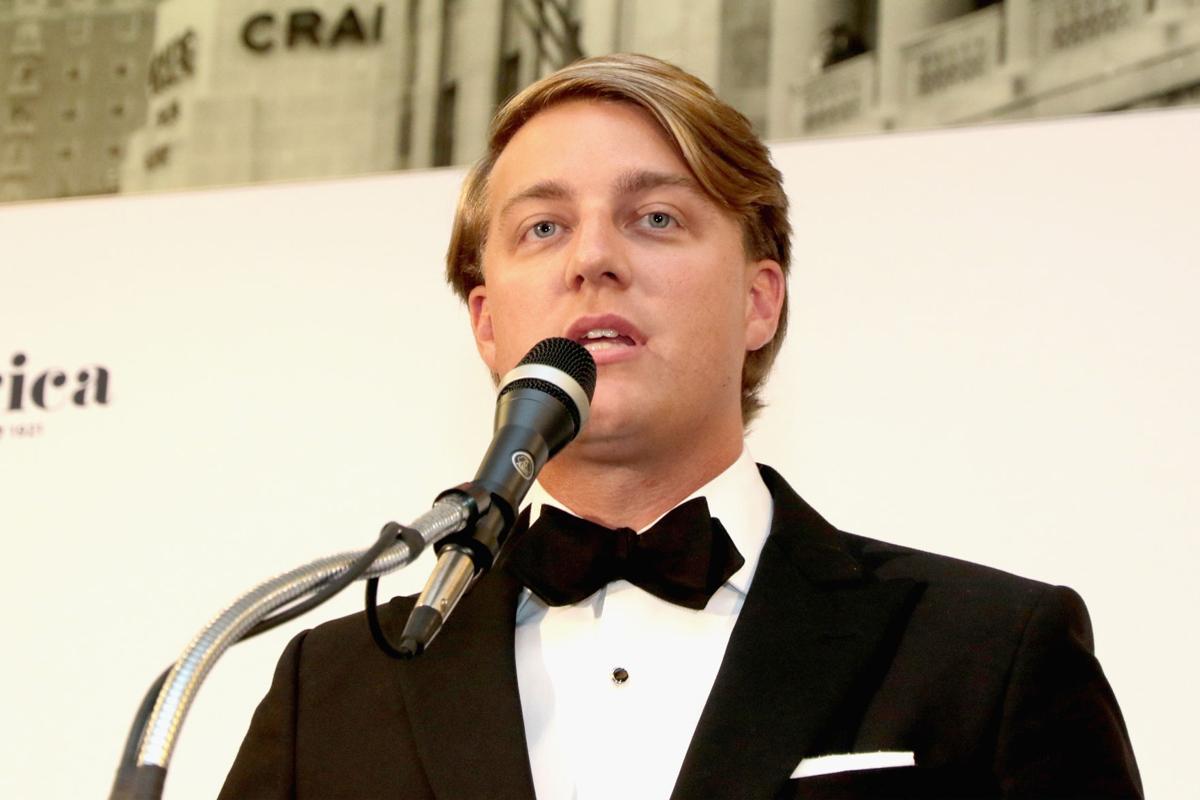 Miss America Organization CEO and Executive Chairman Sam Haskell, President and COO Josh Randle and Board of Directors Chairman Lynn Weidner have all resigned Saturday from their positions with the organization.

A story published Thursday by the Huffington Post exposed the emails and showed Haskell and other officials shamed the former contestants in emails while using vulgar and lewd language.

In a statement from Dan Meyers, interim chairman of the Miss America Organization board, the board accepted Haskell's resignation "effective immediately" as well as Weidner's resignation, who will remain on the board for as many as 90 days for a "smooth transition."

Another statement from the organization addressed the resignation of Randle "in light of recent events and new developments," and said he will "remain in his current current capacity for several weeks to facilitate a smooth transition."


"The Board thanks Lynn and Sam for many years of tireless work for, and significant financial support to, both the Miss America Organization and thousands of young women who received millions of dollars of educational scholarships from the Organization as a direct result of their efforts," the statement said.

"Happy Birthday to me!" said Miss America 2013 Mallory Hagan, who turned 29 Saturday, when she heard about the resignations. Now a television news reporter in Columbus, Georgia, Hagan was a subject of some of the worst of the emails between Haskell and other members of the organization.

She said she was happy, but "there is still more housekeeping to do."

Hagan said more board and staff members need to resign, including Meyers and Vice President of Field Operations Marc Angeli.

"He (Angeli) is the one who has done Sam's dirty work for a long time," said Hagan. Angeli delivered messages from Haskell about which former Miss Americas should not be spoken to or interacted with, she said.

Randle told The Associated Press Saturday that his inappropriate response to an email about Hagan's weight came several months before he worked at the organization. But he said he apologized to her on Saturday, saying the comment didn't reflect his values or the organization.

Hagan said Randle did call her and apologize via voicemail, but she hasn't responded yet.

"I'm not really sure how I feel about that," she said. "But I appreciate the gesture. He's the first person from the organization I have heard from in any capacity."

Atlantic City Story: What is next for Miss America in wake of email scandal?

ATLANTIC CITY — Could the Miss America Pageant soon be on its way out of the resort?

The emails released raised questions about the future of the nationally televised pageant from Atlantic City's Boardwalk Hall. State lawmakers on Friday called on the Casino Reinvestment Development Authority to pull a $4 million state subsidy from the Miss America Organization in the wake of lewd comments.

“The CRDA finds the reports of the Miss America Organization and the behavior of its leadership troubling,” Christopher Howard, executive director of the CRDA, said in a statement Friday. “The CRDA is working with our legal counsel to undertake an immediate review of its contract with the Miss America Organization and dick clark productions to assess what steps we may need to take.”

Howard could not be reached for a request for comment on Saturday.

Regina Hopper, who competed in the 1983 Miss America Pageant as Miss Arkansas, helped bring the issue of Haskell’s inappropriate emails and comments to light in August.

From 2010 to 2016, she sat on the MAO board of directors as chairperson of the Miss America Foundation, which oversees the competition's scholarship program.

She said she was asked to resign after disagreements with the governance of the scholarship program.

“It is now time to begin looking forward," she said in a statement Saturday. "There is so much promise for the future of Miss America but based upon what stakeholders across the country are saying, the current board now to signal change as well.”

Atlantic City Mayor-elect Frank Gilliam, currently a city councilman, said on Friday that the lack of a television contract was a deal-breaker and “it’s a great opportunity to pull out of the contract.”

On Saturday, Gilliam said the resignation of the top three leaders did not change his opinion. While he respects the contestants and their talent, the competition is “not financially conducive” to Atlantic City’s success, he said.

“I don’t believe that Atlantic City reached the benefit that we once did on Miss America,” he said. “Once Miss America left the city … she never came back with the same strength.”

Current Atlantic City Mayor Don Guardian on Friday called for those involved with the emails to step down. On Saturday, he said in a statement that the Miss America Organization is "bigger than a handful of people."

"She has been part of Atlantic City’s history since 1921, and she will always be part of our history," the statement said. "Moving forward, I hope all the good that she has accomplished over the years is taken into account as incoming decision makers decide the organization’s future here in Atlantic City."

One of the main recipients of fundraising from the Miss America Organization told the Associated Press that it's reviewing its association with Miss America amid the New Jersey pageant's scandal over emails targeting past winners for abuse.

The Children's Miracle Network Hospitals said Saturday it's "conducting an immediate review of the situation and will take appropriate actions." It says it's "appalled by the behavior reported in the media" and demands "investigation, action and change."

On Friday, 49 former pageant winners — including Miss America 1948 Bebe Shopp and Miss America 2017 Savvy Shields — signed a petition demanding Haskell and the rest of the organization’s board of directors step down. The petition has now been signed by 56 former winners.

“We are deeply disturbed and saddened to learn of the sickening and egregious words used by Miss America leadership in reference both to our group and to specific members of our sisterhood,” the former Misses America said in a joint statement. “The behavior of the Miss America Organization leadership, specifically Sam Haskell, Josh Randle, Tammy Haddad and Lynn Weidner, is despicable, as well as the behavior of those who sat by without objection while such derisive comments were passed around. We collectively call for their immediate resignation.”

"It's a great holiday present for all of us," Miss America 1984 Suzette Charles said of the resignations of Haskell and others.

Charles grew up in Mays Landing and was one of the people who signed the petition.

"We did it together. All of us kept texting, emailing, tweeting each other, pooling our resources," Charles said of former Misses America, contestants, volunteers and local and state organizers who pushed for new leadership.

They will now stay involved and work on strengthening the program, she said.

"We are ready to pull our sleeves up and get to work to build Miss America back to where it used to be and should be," said Charles. She would like to be a member of a newly constituted board, she said.

On Saturday, Charles said she received an email from Miss America 1989 Gretchen Carlson, confirming more than 2,000 state and local pageant organizers have signed another petition to remove Haskell.

Randle, 29, the president and chief operating officer, became in May the youngest president of the organization in its history.

Miss America Organization board member Tammy Haddad, who was mentioned in some of the emails, announced earlier Friday she resigned from the board.

This story is developing. Check back for updates.

ATLANTIC CITY — Outgoing Mayor Don Guardian is set to be named the new business administrator in Toms River, a position that comes with a $175…

Miss Americas say all MAO board members must resign, Gretchen Carlson should chair board

Miss America could recover, even thrive, but challenges are daunting

The Miss America Pageant already was struggling before the current scandal led to leadership resignations and a fight for control of its board.

The Miss America Organization is in for big changes to make it "100 percent about empowering women," new board Chairwoman Gretchen Carlson sai…

In the first change to the Miss America Competition since Gretchen Carlson took over as chairwoman of the board, the maximum age of contestant…

A former Miss America is looking to unseat a 16-year incumbent of U.S. Congress in her home state of Alabama.

Egg Harbor Township native Kaitlyn Schoeffel will always remember the moment it hit her that she had been crowned Miss New Jersey.

In June, 28 women will head to Ocean City to compete for the Miss New Jersey crown.

7:30 p.m.: Suspended Miss America Executive Chairman and CEO Sam Haskell releases a statement to the media where he says much of the the "vici…