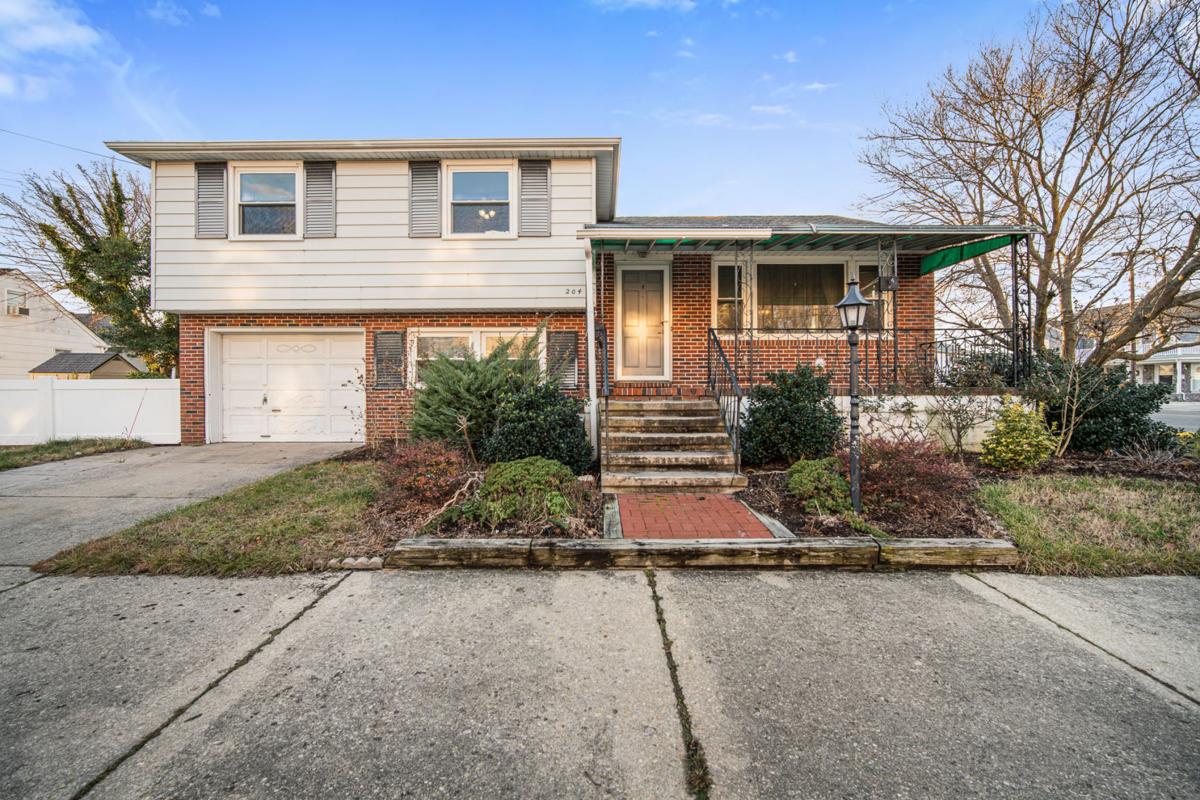 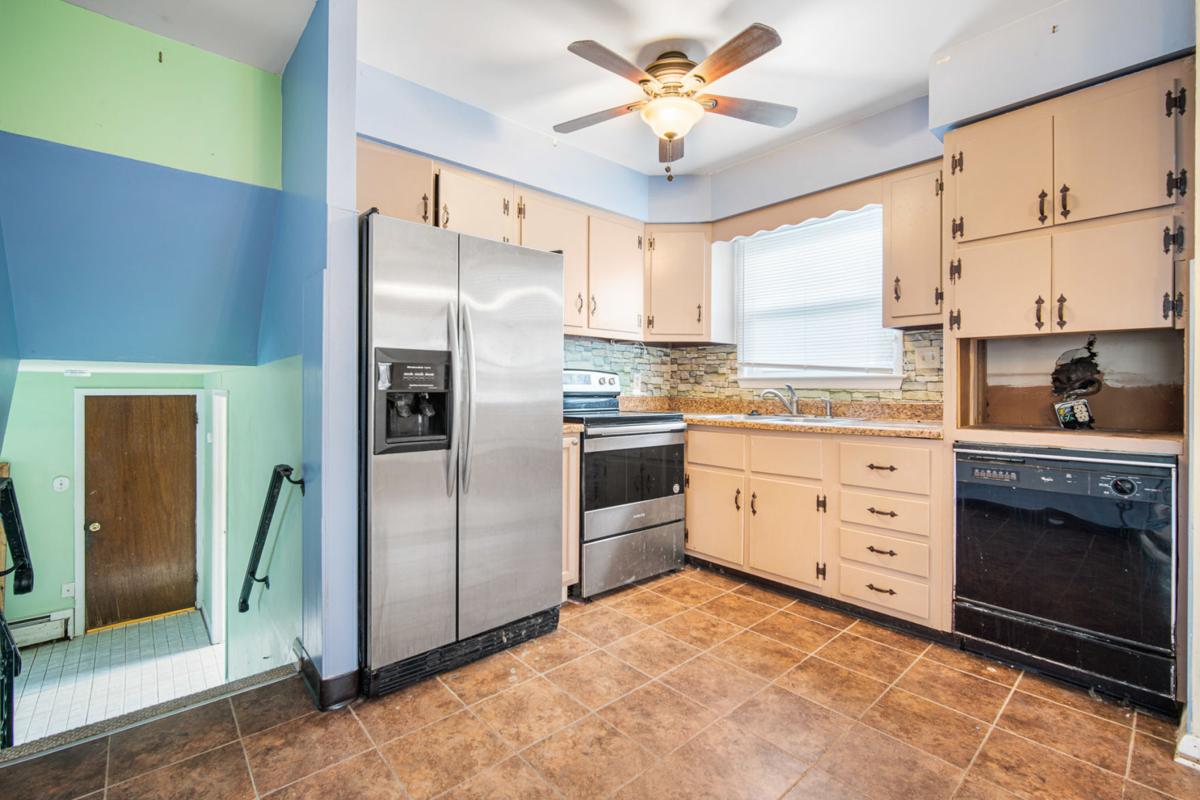 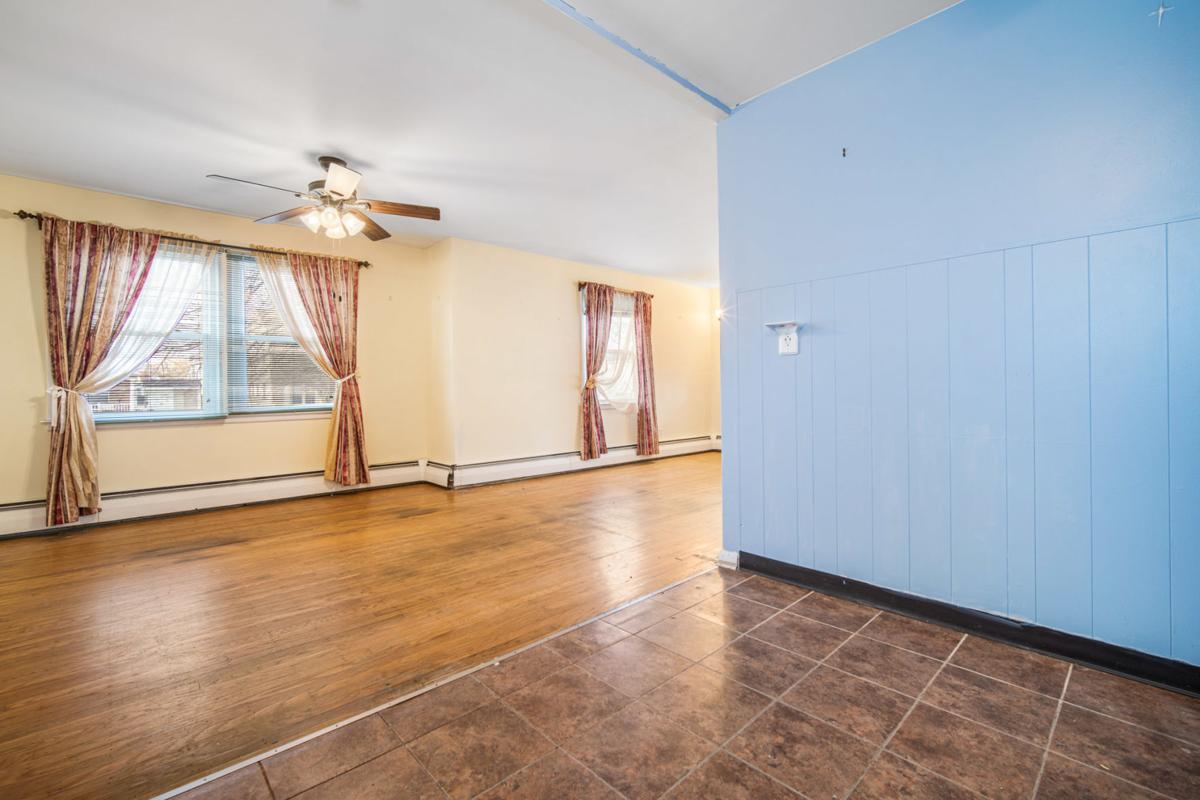 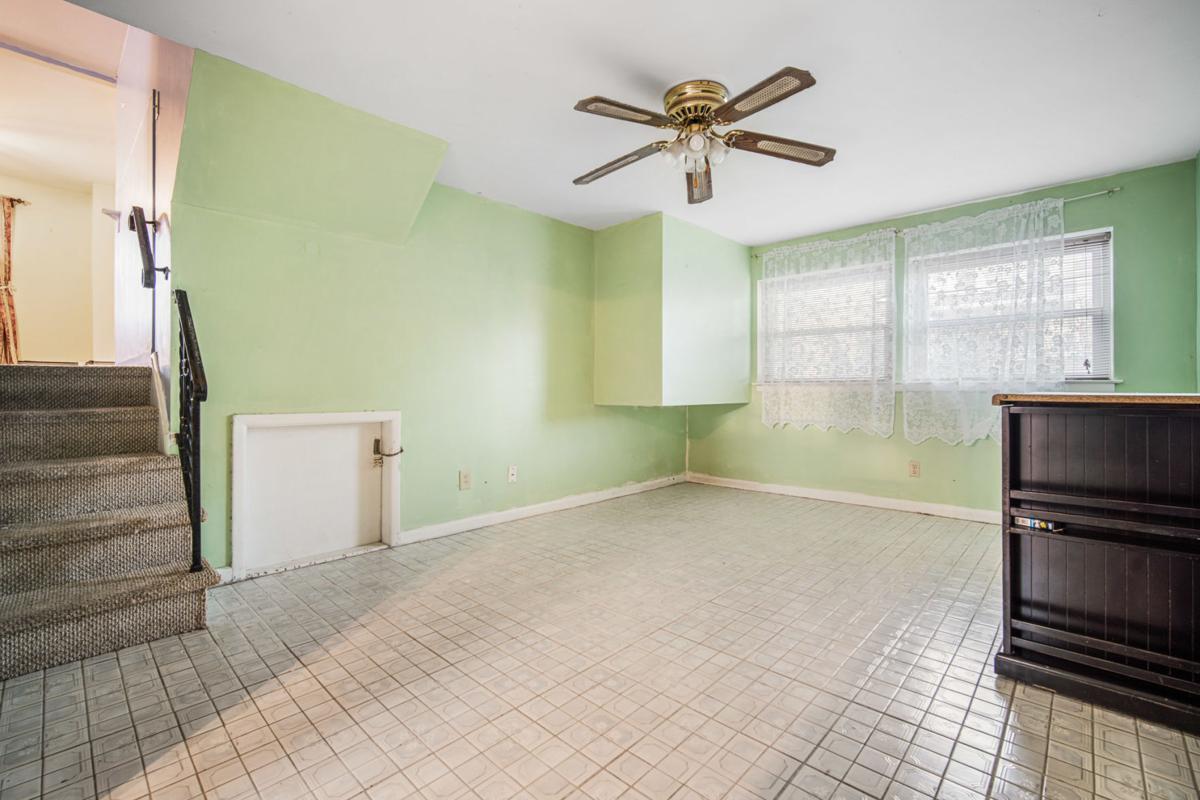 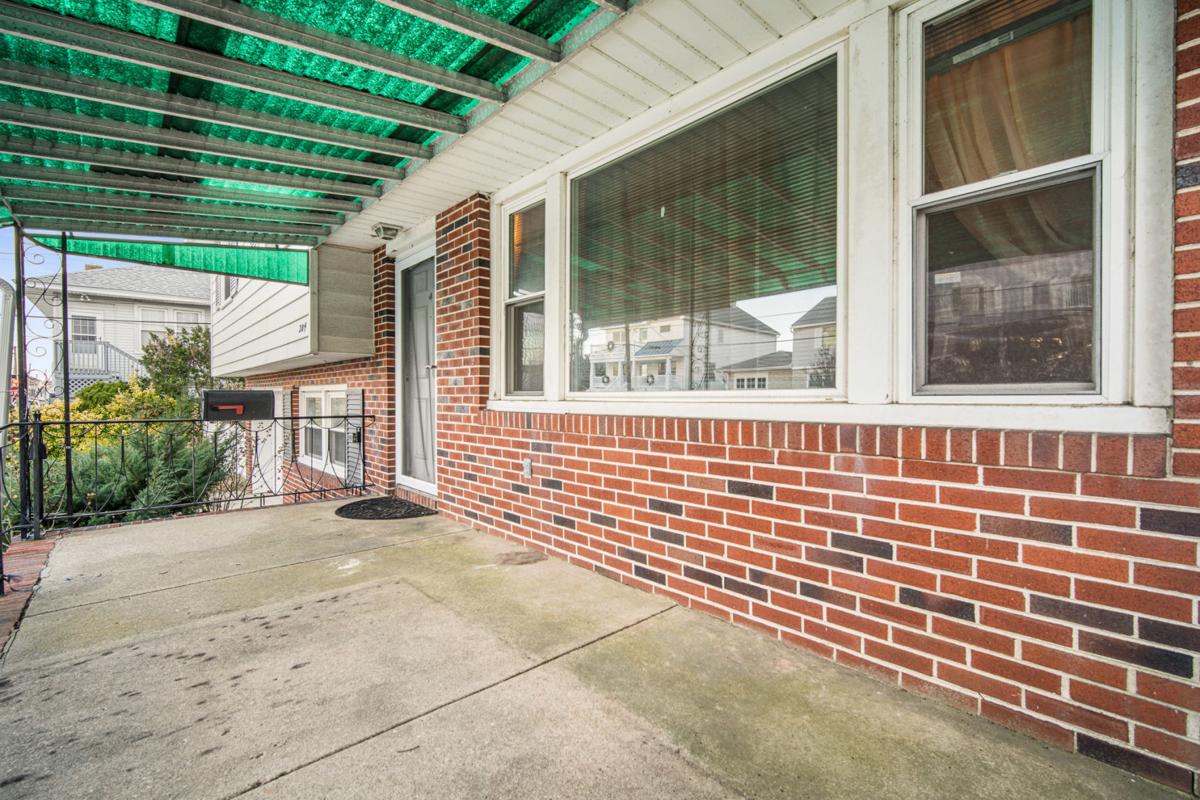 At a time when properties in Downbeach communities are more in demand than ever, finding a home in one of them that offers an abundance of space on both sides isn’t always a “can-do” proposition —that is, unless a buyer is willing and able to spend an extravagant sum of money to get that kind of privacy in a resort retreat.

That’s why the three-bedroom, one-and-a-half-bath split-level now being listed for a mere $375,000 at 204 N. Melbourne Ave. in the Ventnor Gardens section of Ventnor City, just a three-block stroll from this trendy town’s beach and boardwalk, might be the ideal acquisition for a couple or a small family that wants to either summer at the Shore or live there year-round without the feeling of being hemmed in.

“It’s a great beach house in a great neighborhood with good-size yards on both sides—the kind of land that you simply can’t get any more in a place like Ventnor,” says the current owner, who spent a lot of her growing-up years in this house, which was owned at the time by her grandparents.

But all that surrounding green space, which gives this corner home a distinctly suburban feel, isn’t the only thing about it that she says might appeal to anyone who likes relating to their neighbors without being on top of them. There’s also what she has always considered her “favorite thing in the entire house”—its broad, elevated, awning-shaded front porch with its decorative wrought-iron railing, where she, her family and friends spent many convivial hours during her childhood.

The porch, along with the inviting open-floor-plan interior (an early version of the type of design used in so many contemporary homes) and “windows that let in a lot of natural light” was the work of master builder John Mahoney, who constructed more than 400 mid-century abodes in Ventnor, Margate, Longport and Atlantic City, this one being an example of “an extremely well-built house that has stood the test of time,” as the owner puts it.

Another aspect of this retro residence that may be especially appealing to someone who needs a home office setup or to a family with a child that’s being schooled at home is a downstairs den adjacent to and accessible from the built-in garage. ”It’s an extremely quiet setting that can be used for any number of purposes, from playing video games to practicing a musical instrument,” says the owner.

In addition to the yards on both sides, there’s also an extremely private rear patio, surrounded by rustic stockade fencing and surfaced with brick pavers, that’s perfect for family cookouts or just sitting outside on a summer evening and lingering over coffee and dessert.

Other attributes of the house include a utility/laundry room equipped with a sink and dark wood cabinets, a charming eat-in kitchen, a newly upgraded natural-gas heating system, ceiling fans, and a concrete driveway large enough for two additional vehicles, as well as on-street parking (the location being just far enough away from the beach so as not to attract day trippers who are looking for a place to park).

The house is also within easy walking distance of many of the eateries and shops that line Ventnor Avenue in both Ventnor and nearby Margate, and just a couple minutes’ drive of Casel’s Marketplace., as well as being just a short walk to the Ventnor Elementary School.

All-told, while this is the kind of house that’s all ready to be moved into, it’s also an opportunity to invest in a property with all kinds of potentials to be expanded, personalized or modernized with even enough room to install a pool. “The possibilities of what can be done with this house and the space that surrounds it,” says the current owner, “are only as limited as your imagination.”

To arrange for a private tour, you can contact Jo Ann Daly of RE/MAX Platinum Properties at (609) 513-8969 or email her at acnjdaly@gmail.com.

Center your cool even when your kids are losing theirs

Center your cool even when your kids are losing theirs

What to clean every day and what can wait

What to clean every day and what can wait

The health benefits of lavender

The health benefits of lavender

How to prevent indoor rodent invasions

The best way to deal with rodent problems is to prevent rats and mice from ever getting inside in the first place. That can be easier said than done.

The cities with the highest (and lowest) rental vacancy rates

The pandemic has disrupted many aspects of life, and some of the most significant shifts have occurred in housing. A combination of factors could lead to high activity in some parts of the rental market while creating uncertainty or vulnerability in others.

Should you rent or buy a home? Ask yourself these 3 questions

Ultimately, the decision comes down to your financial fitness, how long you plan to live in the home and what your cash flow looks like.

Home & away: Add world travel to your interior design

World travel and global experiences play a big role in architecture and interior design. Here are tips to help you add global elements in your home.

Dear Franny The Shopaholic: Where in Atlantic County can you get fresh-squeezed orange juice? — William Kelly

Question: When a local public library closed some time ago, my late grandmother purchased a number of ceramic bookend hand sets, all in excell…

It's true. Alexa can now reheat your pasta

If you have an Amazon Echo, you’ve probably tapped into some of the cool features the virtual assistant Alexa can provide, from controlling your lights and thermostat to grocery shopping and reading off recipes. Now you can add sous-chef to the list of tasks Alexa has mastered—at least when it comes to reheating your food.

The cities where homes are selling the fastest

If you’re looking for an ideal place to work and play, this Margate luxury home may be your rainbow's end

If ever a house seemed made to order for the times we’re living in, it’s the luxury three-story, five-bedroom, five-bath, recently renovated r…

Search for a mask for flying and a clothing rack: Franny the Shopaholic

Dear Franny The Shopaholic: Can you find a breathable form fitting mask for flying? I intend to also wear a plastic shield, too. — JoAnn Santo…