EDITOR’S NOTE: The following article is from the July issue of Flavor, the Press of Atlantic City’s magazine showcasing the food and drink scene in South Jersey. To get Flavor delivered to your home click here.

It's about as American as you can get. Think apple pie, Fourth of July and the Star Spangled Banner. And barbecue.

Barbecue has been a part of the American fabric since the settlers first cooked meat on an open flame, low and slow, the definition of true barbecue.

“It goes back to the first settlers and Native Americans,” says Len Dagit, owner of Back Bay Barbecue in Egg Harbor Township. “ They all barbecued. We've just gotten a little more sophisticated.”

It also goes back to the roots of community in America.

“It brings people together,” says Bill Millward, owner of Bill's Barbecue in Newfield. “There's nothing like going to a barbecue, seeing people you haven't seen in months or years. It builds relationships. It builds families. You gain new friends. Who doesn't like barbecue?”

That backyard theme is part of the branding for Rick's Backyard Barbecue and Grill, in the Mizpah section of Mays Landing in Hamilton Township. Owner Richard Gray started in the business after hosting backyard barbecues with his family in the Bear's Head area of Mays Landing.

“The whole community gets together, and that's what it's all about,” says Gray. “With barbecue, the smell and the smoke. It's just heartfelt. It's the best American pastime.”

The genesis of barbecue in the United States does go a long way back, to Christopher Columbus. The first indigenous tribes he encountered when he came to the island he named Hispaniola had developed a style of cooking meat over an indirect flame, according to the Smithsonian. The Spanish referred to this new method of cooking as barbacoa. Enter, the first barbecue.

One thing that has stayed the same over time is that smoky aroma that let's everyone know something is on the grill.

“With a roadside barbecue pit, if the wind is blowing the right way, you know exactly what they're cooking because you can smell it miles away,” says Back Bay's Dagit. “That's our biggest advertisement.”

Roadside barbecue owners argue that while they may not get the same attention as some of the nationally branded barbecue chains, what they produce is far superior than anything their larger competitors can make.

“To me this is genuine barbecue,” says Millward next to his set of smokers off Route 40. “The difference between roadside barbecue and brick and mortar is we are true to the art. I believe we do it the traditional way.”

As Gray turns over racks of ribs on one of the three smokers he uses, he echos that belief and adds, unlike corporate restaurants, roadside grilling is very personal.

“It's different because, out here, I'm cooking with love,” he says. “It's the freshness of the food.

Barbecue restaurants have a structure that they follow when they cook. I'm seasoning the food the way I like it.”

“It's a totally different taste,” adds Millward. “A roadside barbecue is more like home cooked. There is a difference.”

While roadside barbecue stands may vary in their rub, sauces and heat source, they all agree on that basic tenet of barbecue: low and slow. Low being about 225 degrees and slow being anywhere from a few hours for ribs, to up to 14 hours for brisket. After that, each grill master claims their style of cooking is the best.

At Back Bay, Dagit and his brother and co-owner, John, believe a combination of cherry wood and restaurant-grade charcoal is the best way to cook. Gray uses oak and hardwood charcoal at Rick's. And Millward likes the challenge of using only oak and hickory in his smokers at Bill's.

Millward starts with a St. Louis-style rib, which are fatter than baby back ribs, for added flavor. After they are trimmed, on goes his rub, made up of only four ingredients, including garlic and paprika.

“It works well with the smoke,” he explains of the recipe he developed through trial and error. “It's not overpowering.”

The secret to great ribs, he says: “Time and temperature. And don't peek. You have to understand your cooker.”

At Rick's, Gray will trim his ribs, and give them a short brine bath of water and apple cider vinegar. He then uses a slightly more complicated rub with a dozen ingredients and a longer time to marinate. He likes to "rub on Wednesday, cook on Friday." Then it's on to the cooker for 2½ to 3 hours, then removed, and spritzed with apple cider vinegar, which he feels breaks down the tissue and tenderizes the meat. Then the ribs are wrapped and ready to sell.

At Back Bay, the ribs are rubbed on both sides with their seasonings, which Dagit calls a Tennessee-style, Memphis dry rub they developed, before being left overnight. The ribs are cooked for an hour and a half, wrapped in foil, and slow cooked for another three hours, depending on the thickness.

“I guess the secret ingredient is time and attention to detail,” he says of his ribs, chicken, and his personal favorite, brisket. “Our type of smokiness is more subtle and gives you the ability to taste the flavor of the meat.”

Dagit's tips for home barbecuers: “The first thing I tell anybody, start with a good briquette, and put your wood on top. No accelerant and a natural hardwood briquette. And the key element to any good barbecue is low and slow.”

Gray says to pay attention to the preparation before they get to the grill: “It starts out with your prepping. Meat needs to be cleaned, some of the fat removed. And use that vinegar brine to tenderize it. Then cook them slow.”

Millward advises grillers to read up on what they're going to grill and “trust the process." He likes to think of his roadside business as an extension of the backyard barbecue.

“People are coming together,” he says of his corner of the highway. “To me, this is like another family.”

Where to go to get BBQ?

Hours: 11 a.m. until sold out Friday to Sunday

Study: Americans don't feel like adults even if they are

Study: Americans don't feel like adults even if they are

With our weekly newsletter packed with the latest in everything food.

EDITOR’S NOTE: The following article is from the September issue of Flavor, the Press of Atlantic City’s magazine showcasing the food and drin…

15 of the best breweries to visit right now

If you want to create a trip around a great brewery, or are just looking for new breweries to try, here are 15 of the best breweries in the U.S. for 2021.

While almost any soup is fine and good and comforting, there’s one soup that may just be the MVP of fall comfort foods: Loaded Potato Soup.

Recipe of the Day: Pozole Verde

Pozole is Mexican comfort food at its finest. This satisfying soup is perfect for holidays, weeknight dinners and everything in between.

Taco Bell wants to sell you a 30-day taco subscription. Here's how it works.

Taco Bell is testing a service where customers can pay between $5 to $10 per month for a Taco Lover's Pass, which gives subscribers one taco a day for 30 days.

The Kitchn: This 3-cheese white lasagna is pure comfort

If creamy pasta makes you weak in the knees, white lasagna is going to be right up your alley.

Feast and Field: Food Begins in the Field

Know your cooking oils: When and how to use each

Choosing the best oil for the job can be tricky. We explain a baker’s dozen from their smoke points to their flavor profiles and potential health benefits.

The Kitchn: This stuffed French toast satisfies all my IHOP cravings

Drizzle some maple syrup on top or dust with powdered sugar, and you’re guaranteed a very happy breakfast crowd.

Feast and Field: Food Begins in the Field

Cooking with olive oil: 5 recipes from 2 of the South’s best chefs

You’ll feel like you’re on the island itself with this spin on a classic Hawaiian dish. 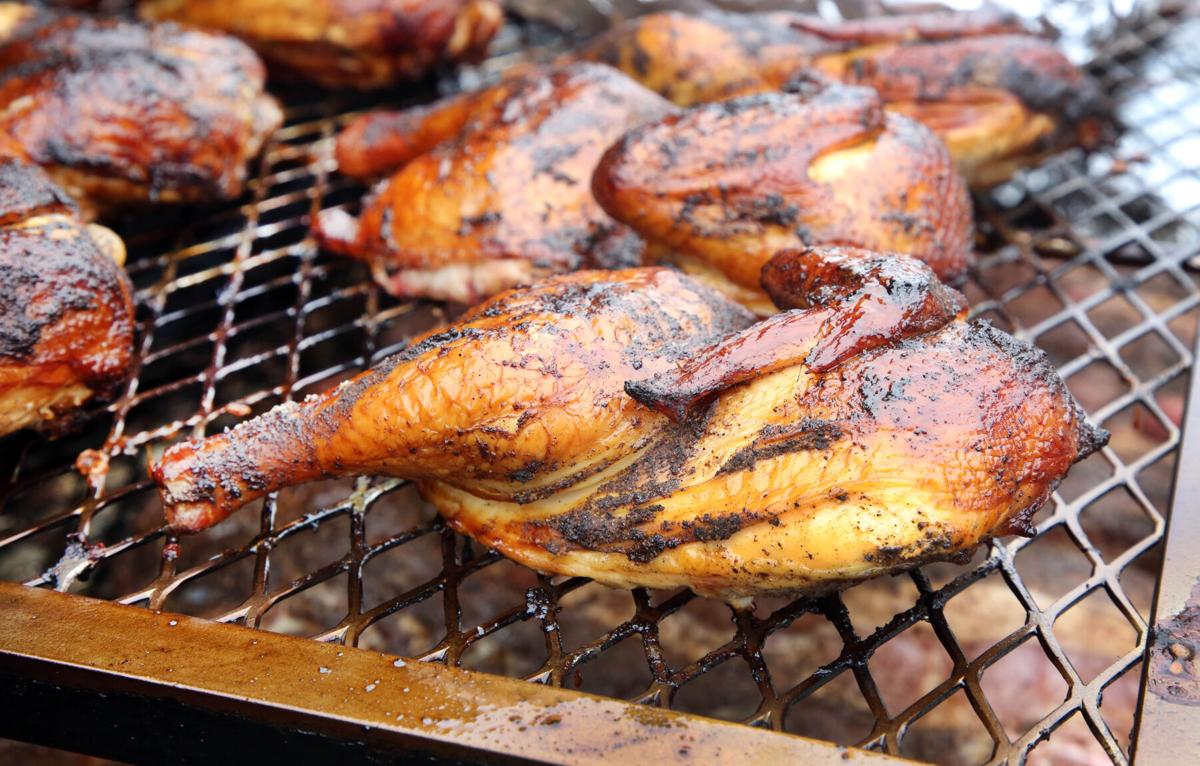 Chicken is slow roasted for three hours on one of six grills at Back Bay BBQ in Egg Harbor Township. 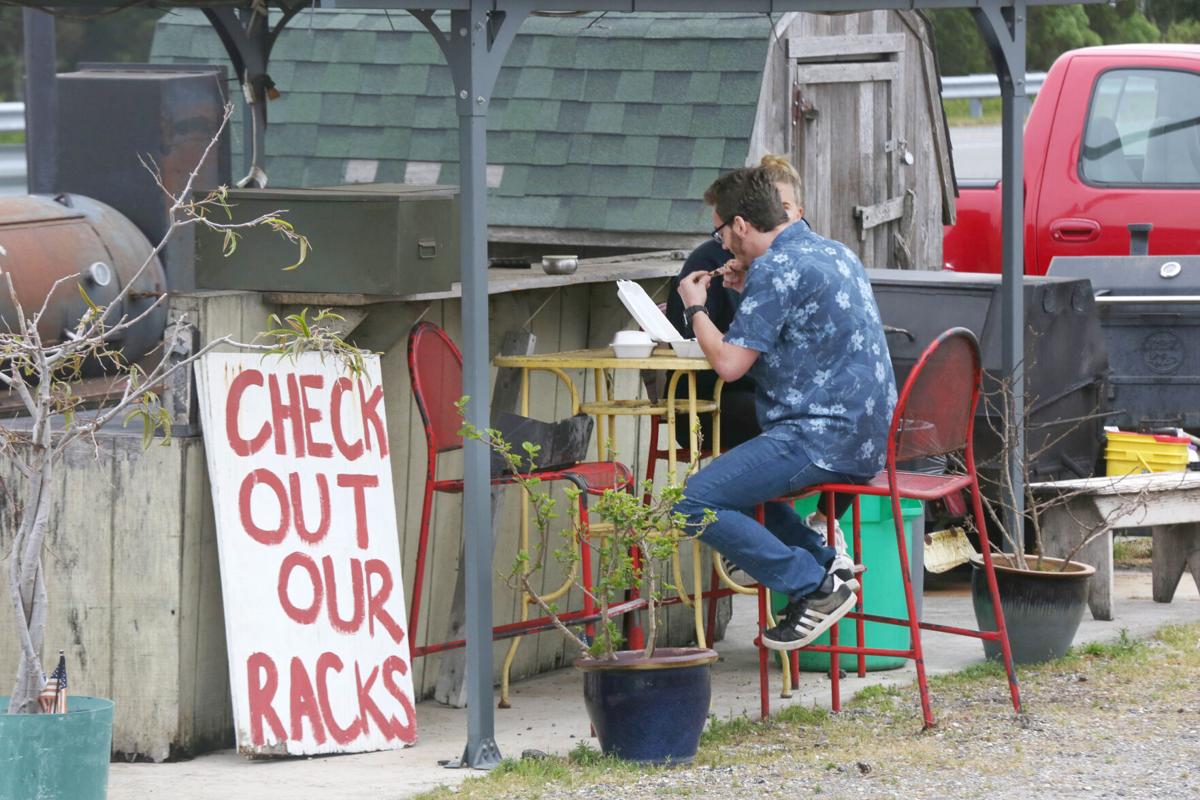 Customers dine outdoors at the roadside Back Bay BBQ in Egg Harbor Township. 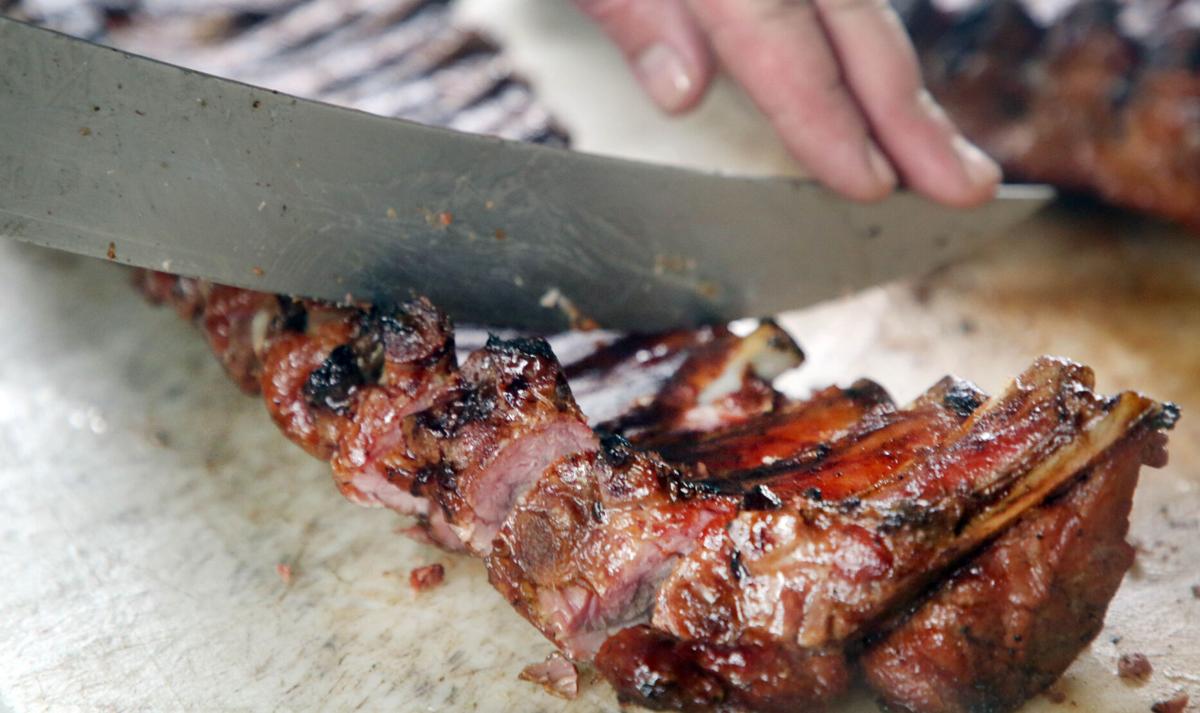 Ribs are the signature dish at Rick’s Backyard Barbeque and Grill, located off Route 40, in the Mizpah section of Hamilton Township. 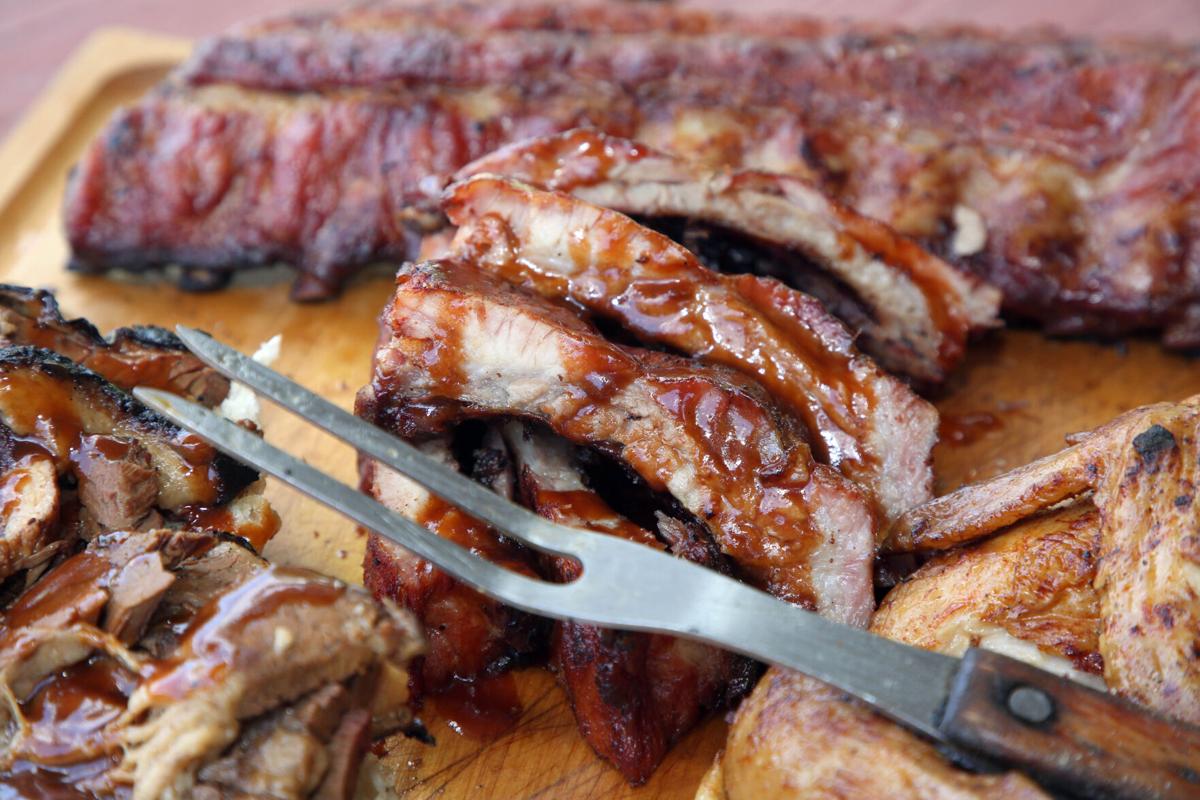 Ribs, chicken and brisket at Rick’s Backyard Barbeque and Grill, off Route 40, in the Mizpah section of Hamilton Township, Monday, May 31, 2021. (VERNON OGRODNEK, FOR THE PRESS) 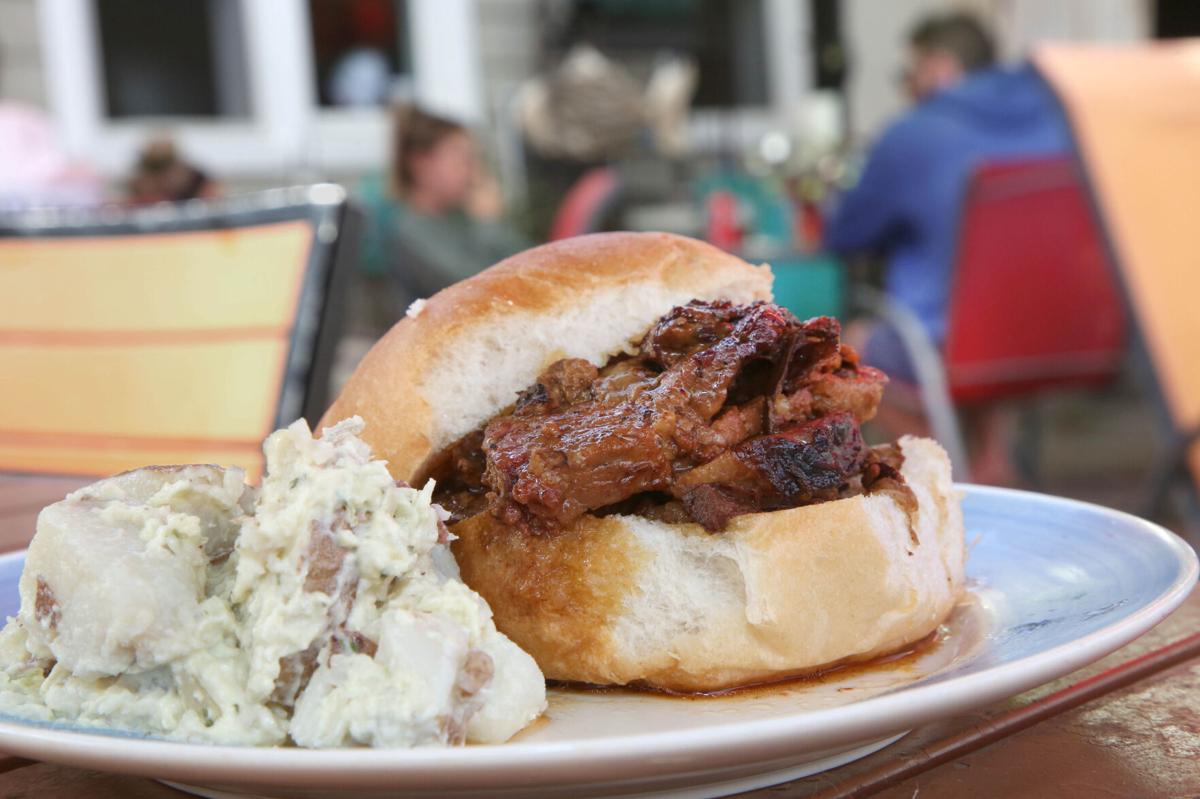