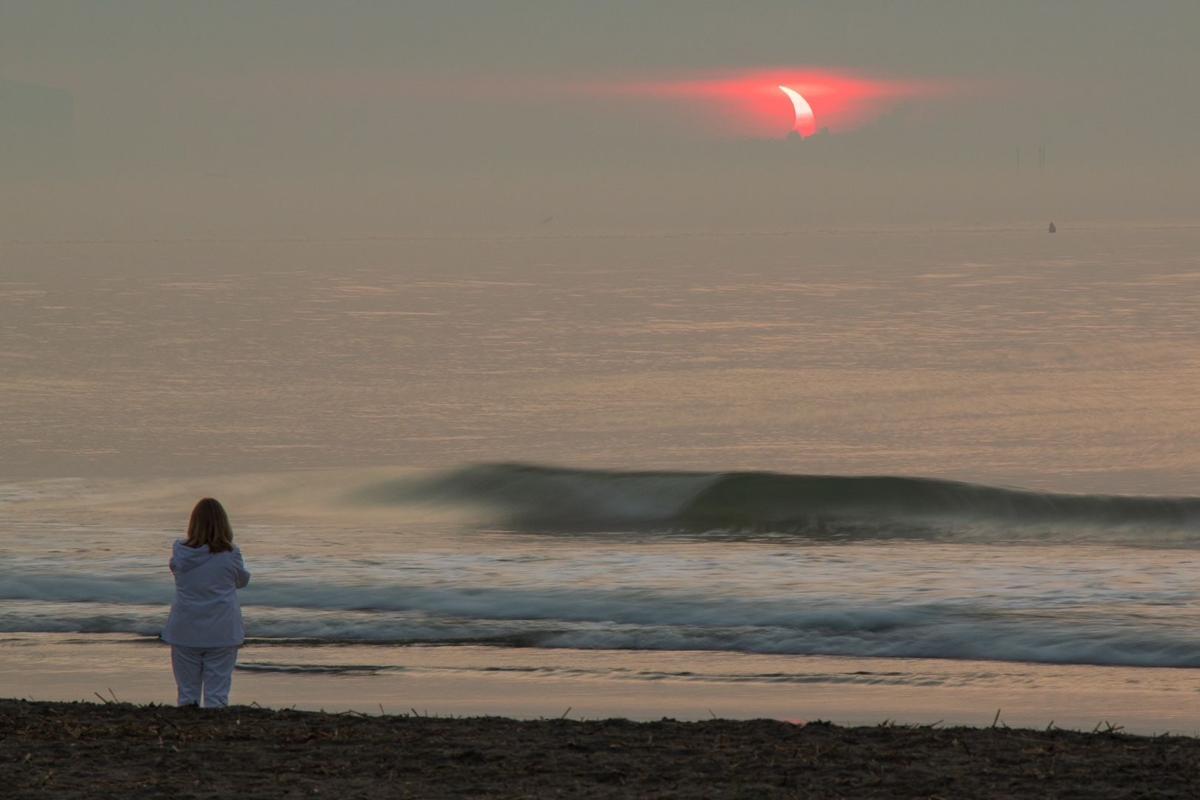 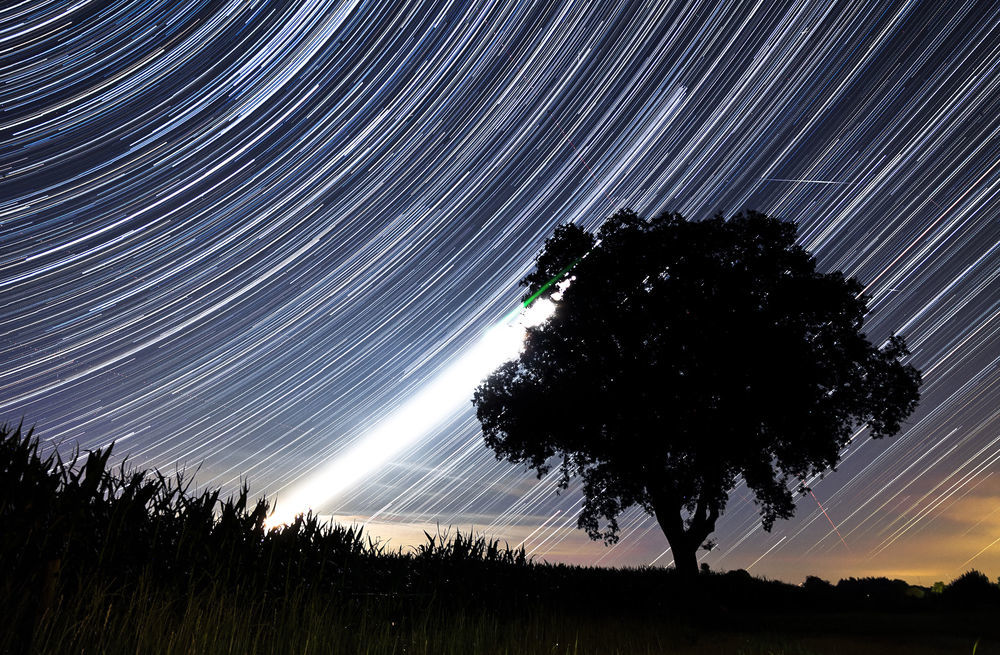 A lot of people say fall is their favorite time of year. For astronomers, that can especially be true after an unusually cloudy, hazy and stormy summer — which is certainly what New Jersey and bordering states had this year.

The summer months were not without their interesting sky sights, and I’m going to review them. But the second half of today’s column is about the special sights we are due to get, starting Wednesday, with the fall season.

Smoke and a surpriseOn June 10, the shore from the Carolinas to New Jersey to New England had few enough clouds for people to get amazing glimpses of a large partial solar eclipse at sunrise.

You had to be up between 5:30 and 6 a.m. and know how to catch a safe view. But if you did, you may have seen a crescent sun — a sun with a seemingly large bite out of it that was actually the silhouette of the dark moon.

Some of our best summer sights were dimmed by thick palls of smoke drifting over the East Coast from the numerous and massive forest fires out west, which did at least make deeply reddened sunrises and sunsets.

But I think it was mostly clouds and haze that limited our view of meteors back on the peak night of the Perseid meteor shower in August. An amazing thing, however, was that for maybe the first time on record the shower produced a remarkable extra burst of meteors about two days after the normal peak. Experts are speculating the same may happen in the years ahead, which is exciting.

In our previous column, I mentioned a bright passage of the International Space Station by the moon, Saturn and Jupiter. Despite some clouds, I did get a view of the gleaming space station on that and other nights last week. On the other hand, I failed to catch a pass of the Inspiration4 spacecraft and its all-civilian crew due to some error in the predicted time I used.

We had clear skies these past few nights for enjoying the harvest moon phenomenon — the spectacle of a big orange moon rising at dusk for a number of nights in a row. We can enjoy this experience for a few more nights. But the harvest moon itself is usually considered the full moon nearest to the autumn equinox, and the moon was precisely full at 7:55 p.m. Monday.

Fall equinoxOn Wednesday, Sept. 22, at 3:21 p.m., our planet will reach the fall or autumnal equinox point in its orbit. On that date, day and night are of equal length and for one of only two dates in the year the sun rises exactly due east and sets exactly due west.

Among interesting sights these next two weeks are stars shining near our brightest planets, Venus and Jupiter.

Venus blazes low in the southwest an hour or so after sunset. On clear nights this week, binoculars at that time should be able to show, not far upper right of Venus, the remarkable pair of stars that forms Alpha Librae, also known as Zubenelgenubi.

Around the same time every night, but in the southeast, binoculars can help you spot the star Delta Capricorni, just to the lower left of Jupiter. About two fist-widths at arm’s length right of Jupiter each night is Saturn — bright, though far less bright than Jupiter.

Fall highlightsThese next few months, Venus will get higher and brighter to the naked eye, and bigger and more fascinating in telescopes.

The evening line of Venus, Saturn and Jupiter will get more compact as the weeks go by, and the moon will form beautiful patterns with them each month. December’s Geminid meteors will be good for late-night observers.

But best of all will be the lovely orange or red, bright-rimmed, near-total eclipse of the moon that will occur in the early hours of Friday, Nov. 19.

Fred Schaaf is a local author and astronomer. He can be reached at fcschaaf@gmail.com.

The fall equinox is here, but summery air, thunderstorms to come

At 3:20 p.m., the sun's direct rays will move over the equator from the Northern Hemisphere to the Southern Hemisphere, ushering in the autumn equinox. While the lower sun angle and shorter days scream cool, crisp air, it will be warm and humid Wednesday. Storms will then be likely Thursday.