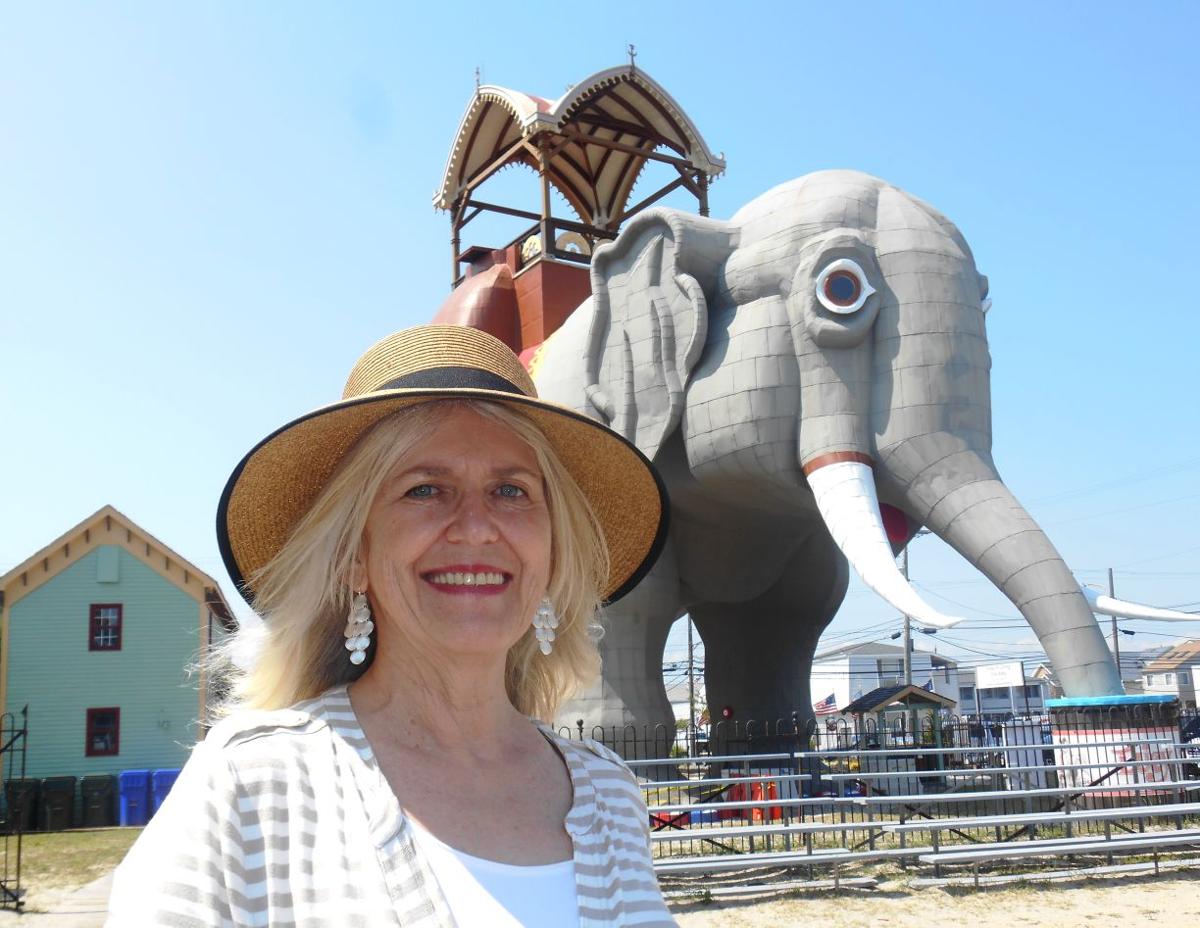 Karen Schnitzspahn, author of the book, "Remarkable Women of the New Jersey Shore." Schnitzspahn was inspired to chronicle the lives of influential women who lived or frequented the shore because so many of them came up in her research as an author. 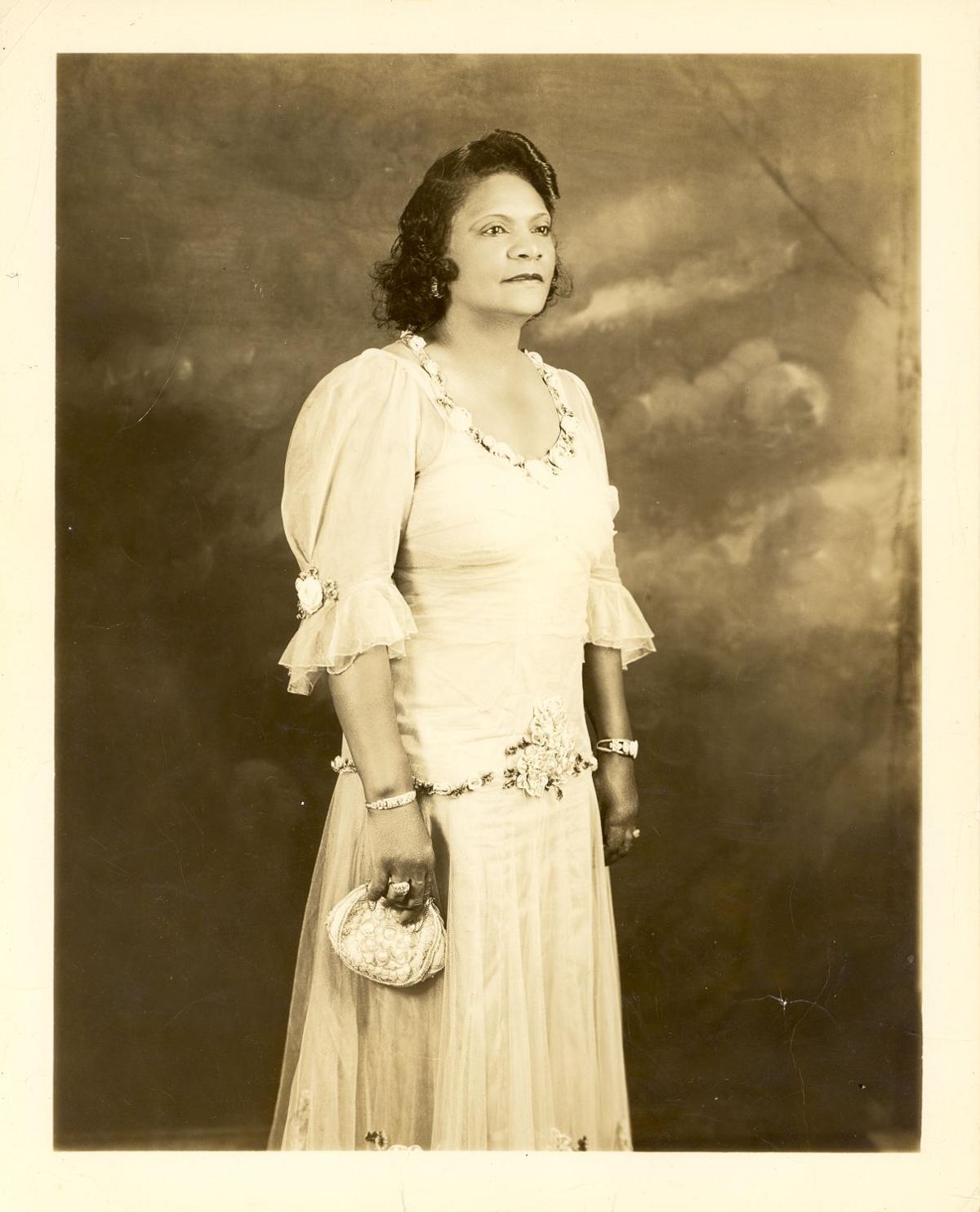 Sara Spencer Washington was an enterprising African American business woman living in Atlantic City in the early 20th century. She is featured in Karen Schnitzspahn's book, "Remarkable Women of the New Jersey Shore." 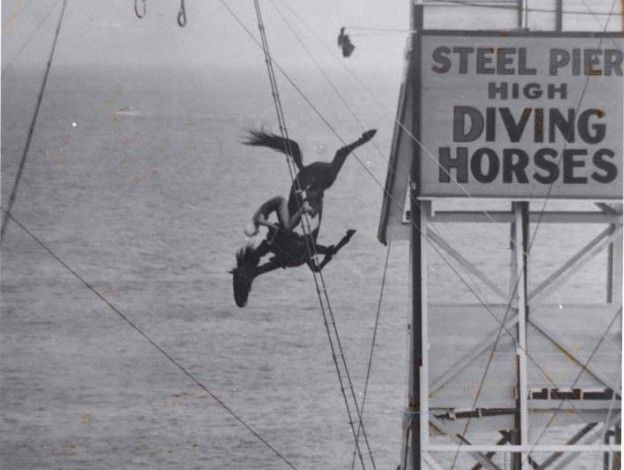 The diving horse at Steel Pier is one of the water-themed tourist attractions from Atlantic City's past. A future one could be the International Swimming Hall of Fame.

If it wasn’t for Jersey shore women, Karen Schnitzspahn wouldn’t be here.

Her grandmother, Ruth Hunt, summered in Margate and Atlantic City for 40-plus years. She became the first woman elected to the South River Board of Education, and was known as the Annie Oakley of New Jersey.

Schnitzspahn’s parents met on the Atlantic City Boardwalk, older teenagers walking the boards with their families. The story goes that Schnitzspahn’s mother pretended she got sand in her eye. Her would-be father stopped to ask if he could help.

And that, as they say, was history. Schnitzspahn was born and raised in New Brunswick, Middlesex County, and, like her grandmother, summered in South Jersey for years.

Both her mother and grandmother helped inspire Schnitzspahn, who now resides in Little Silver, Monmouth County, to gather the history of some important women in an easy-to-digest book, “Remarkable Women of the New Jersey Shore.” The book includes the stories of dozens of women and groups of women associated with the Jersey Shore from Sandy Hook to Cape May.

The book came out this year, and is published by The History Press in Charleston, South Carolina.

Several of the women highlighted in Schnitzspahn’s book are from South Jersey, or at least created their legacies here. Some of the inspiration for penning the book in the first place, she says, comes from growing up in New Jersey in the 1960s while the movement for women’s rights was in full swing.

“I’ve done a lot of writing about the Jersey Shore, and I’ve always been interested in fascinating women,” said Schnitzspahn, who wrote about Jersey Shore food in “Jersey Shore Food History: Victorian Feasts to Boardwalk Treats.” She also has written about theater history.

Schnitzspahn starts her account with the Lenape Native American tribes and their matrilineal society — women selected the men who would hold political and societal power in the tribes. From there, she highlights female clam shuckers; first ladies who vacationed in Cape May; chefs, politicians and various movers and shakers.

Schnitzspahn said she wouldn’t say she has a favorite among the featured women, but she noted that many influential stories come from the southern end of the Jersey Shore.

Vicki Gold Levi, Atlantic City historian and daughter of famed city photographer Al Gold, was a major resource — and an entry — in Schnitzspahn’s work, she said. The former mayor of Wildwood, Doris Bradway, was a tough character and a controversial political figure, who garnered the nickname “The Big Girl” for her size (apparently Bradway lost 102 pounds in 1936, using diet and exercise).

Sarah Spencer Washington, a black fashion and beauty entrepreneur in Atlantic City, is an important part of the book’s “Innovators and Leaders” chapter. Washington’s business boomed, and she was also known for her generosity to the elderly and for distributing much-needed coal to disadvantaged residents during the Great Depression.

In the same time period, women made names as entertainers, particularly in Atlantic City. The women who rode the diving horses — or Arnette Webster French sharing a ski with Rex the Wonder Dog — were well known through the first half of the 20th century.

Lucy the Elephant, Margate’s favorite female pachyderm, even gets a mention in the epilogue.

For several years, Schnitzspahn collected data from historic tomes, searched through library archives and interviewed some of these women — or if not them, their family members — to get well-rounded stories. She talked with Doris Pflug, one of the first female lifeguards hired in Belmar in the 1940s. Pflug, in her 90s and living in Florida when Schnitzspahn got in touch with her, became part of one of the author’s favorite chapters in the book.

Under some of the photos and citations in the book are the words, “Author’s collection,” denoting Schnitzspahn’s personal assemblage of New Jersey history. She was a history columnist for the Asbury Park Press in the 1990s.

“I’m one of those people who keep old-fashioned files. I have thousands of bookmarks on my computer on things that I happen to hear or read that interest me,” she said.

Schnitzspahn said women in the early history of the New Jersey shore had to adapt to a rugged wilderness. That was one way she believes women of the Jersey shore separated themselves from women in other areas of the northeast.

“I’d like this to be inspiring to young women, or have it resonate with people in some way,” Schnitzspahn said about her book. “It’s a fun thing about a book like this, you can read everyone’s individual stories.”

AVON (AP) — Swimmers along the New Jersey coast need to be cautious because there is a moderate risk for rip currents.

At least 125,000 children in New Jersey missed 18 or more days of school in 2013-14 according to a report issued today by Advocates for Childr…

In the coming weeks, it will become clear who loves Lucy.

A Life Lived: 93-year-old was mom to all in Millville

Hannah Wesley gave birth to two daughters, 66 and 62 years ago. But Geil Wesley Williams and Sherre Wesley Davis were hardly the only two peop…

Keith Mills has spent years learning about Atlantic City history, mainly so the history could be documented and distributed around town on a s…

Rooting for the home team in 2014 may involve a trip down memory lane as the Smithsonian Institution brings a new mobile museum, “Hometown Tea…

Danger of nostalgia / Those glory days

"You should have seen the Atlantic Ocean in those days."

Karen Schnitzspahn, author of the book, "Remarkable Women of the New Jersey Shore." Schnitzspahn was inspired to chronicle the lives of influential women who lived or frequented the shore because so many of them came up in her research as an author.

Sara Spencer Washington was an enterprising African American business woman living in Atlantic City in the early 20th century. She is featured in Karen Schnitzspahn's book, "Remarkable Women of the New Jersey Shore."

The diving horse at Steel Pier is one of the water-themed tourist attractions from Atlantic City's past. A future one could be the International Swimming Hall of Fame.