One weekend after the hottest May weekend on record for many in southeastern New Jersey, the region shivered under record cold temperatures over the Memorial Day Holiday weekend. Away from the coast, it was the coldest during the unofficial summer season.

Atlantic City International Airport had the coldest high temperatures for the day Saturday and Sunday, with a March-like high temperature of 54 degrees for each. Data at the airport dates back to 1943.

Sen. Frank S. Farley Marina in Atlantic City recorded highs of only 56 degrees Saturday and Sunday. However, only Sunday was a new record minimum for the day. Weather observations have been kept at the marina since 1874, records are tough to break.

Despite a shorter period of record (1947), Millville also only broke a record minimum high temperature on Sunday, which the thermometer only climbed to 52 degrees. The high on Saturday was 54 degrees.

It was a week after highs in the 90s made it the hottest May weekend in history in many locations, breaking daily records along the week. Flocks of people went to the beaches, giving businesses a boost before the unofficial summer season.

The weather on the kick off to the official summer season did everything it could to keep people off the beaches. Based on research by The Press of Atlantic City it was the chilliest Saturday and Sunday weekend during the largest extent of the "summer" season, which ranges from the Friday before the earliest possible Memorial Day, May 22, to the latest possible Labor Day, September 7, for A.C. Airport and Millville.

We sizzled in the hottest May weekend in history, here are what records fell

This past weekend may be the hottest one of 2021.

Given that was these occurred near the end of May, when average high temperatures are in the mid-70s, as opposed to the upper 60s, this was far from the coldest weekend of the year, or even the coldest day. At the airport, it wasn't even in the top 20.

To go with the chilly air, came strong northeast winds. At the airport, sustained winds were 15 to 25 mph from Friday night through Saturday night. At the marina, winds were even higher. Couple that with 1 to 2 inches or rain generally seen in the region an it made for one of the worst beach weekends in recent summer memory.

Despite a warming Earth due to climate change - 11 of the 12 months saw the "normal" temperature increase in the decadal update this spring - cold record still do happen. According to ClimateCentral, in the 2010s, about 25% of all temperature recorded were for cool, rather than hot, air.

The suds will flow, Bader Field will be packed and the weather will mostly cooperate for the Atlantic City Beer and Music Festival Friday and …

The earliest heat wave since 2010 will start Saturday for the mainland, as the combination of southwest winds and strong June sun pump temperatures into the 90s here through next week. For the shore, expect beach relief a few days, though strong offshore will pin it back Saturday.

After causing trouble Memorial Day Weekend, the weather behaved itself for the rest of the summer so far, making summer 2021 a pretty good stu…

Summer 2021 season had wet, cold start, but ends on a bright note

ATLANTIC CITY — South Jersey was able to see clearly after the rain was gone on Labor Day weekend. Locals and tourists alike did not hesitate …

After the second warmest New Jersey October since records started in1895, we're doing a 180 into chilly weather. Our first frosts of the fall will be likely Wednesday and possible even Thursday night. After that, northeast winds will bring coastal flooding Friday into Saturday.

We watched the leaves turn red only to fall off the trees. We saw the snowiest January in recorded history. We felt the wind blow against our … 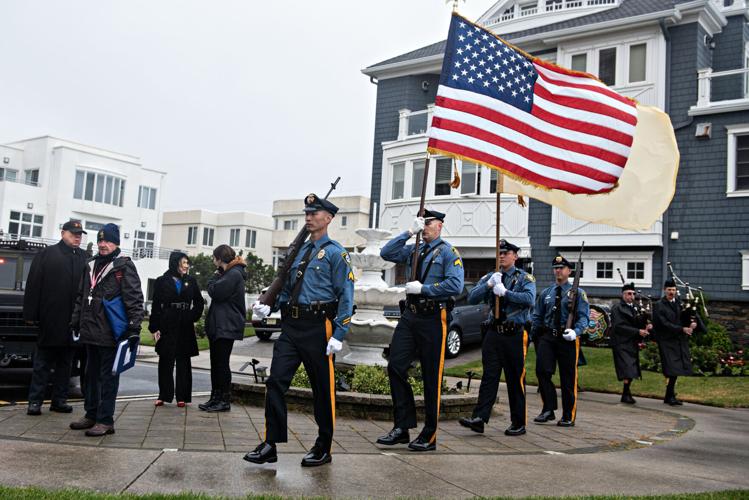 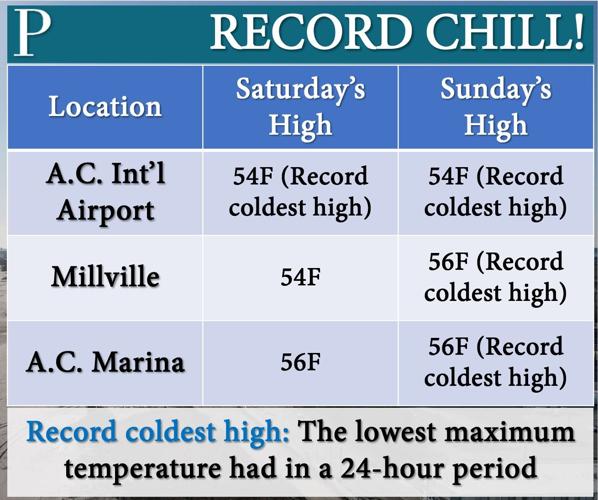 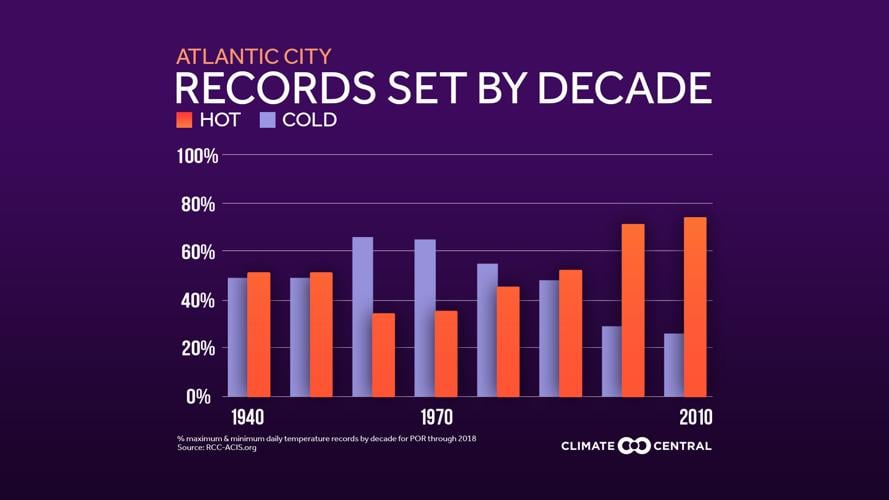