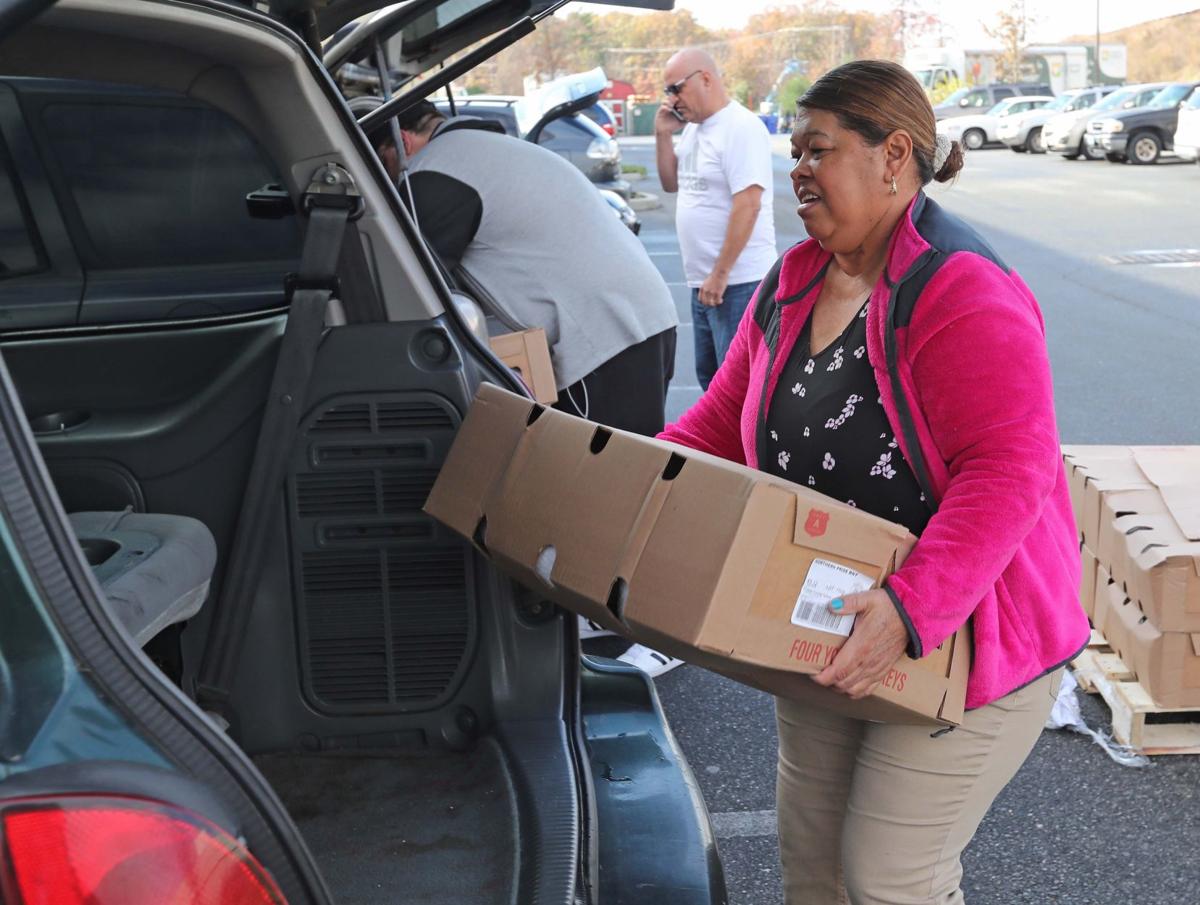 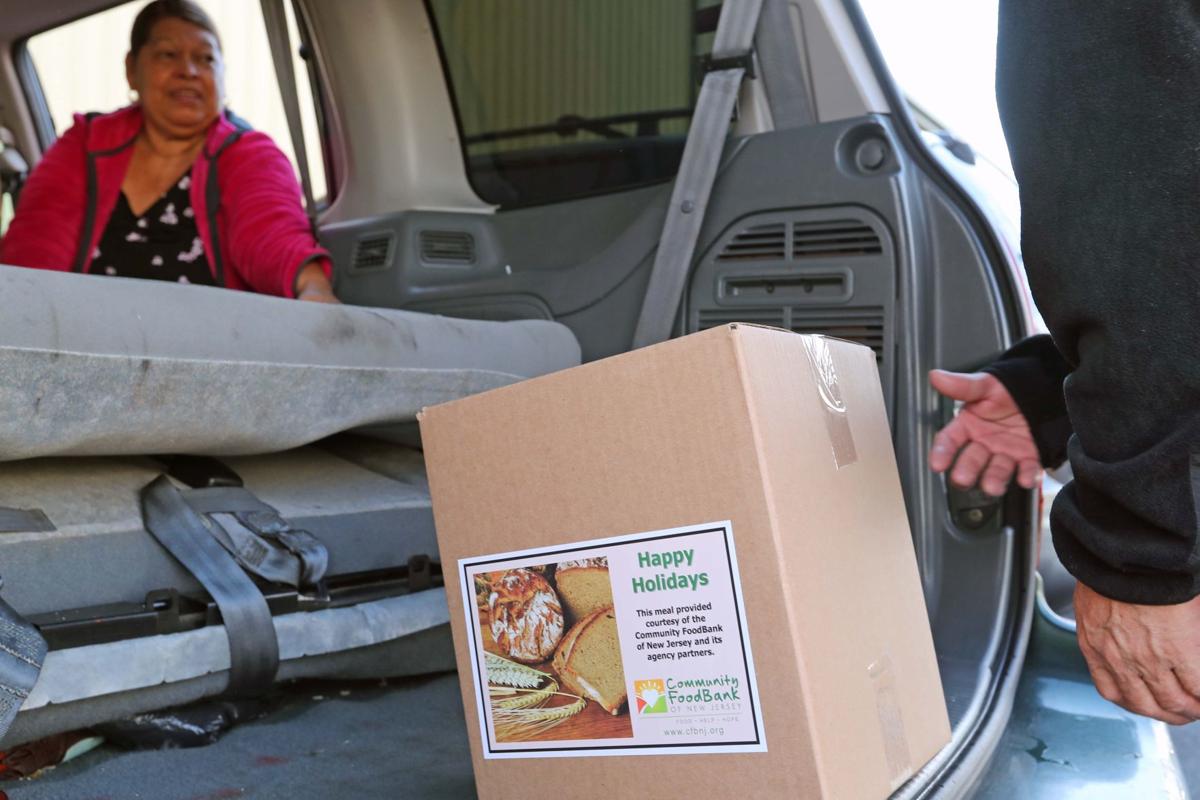 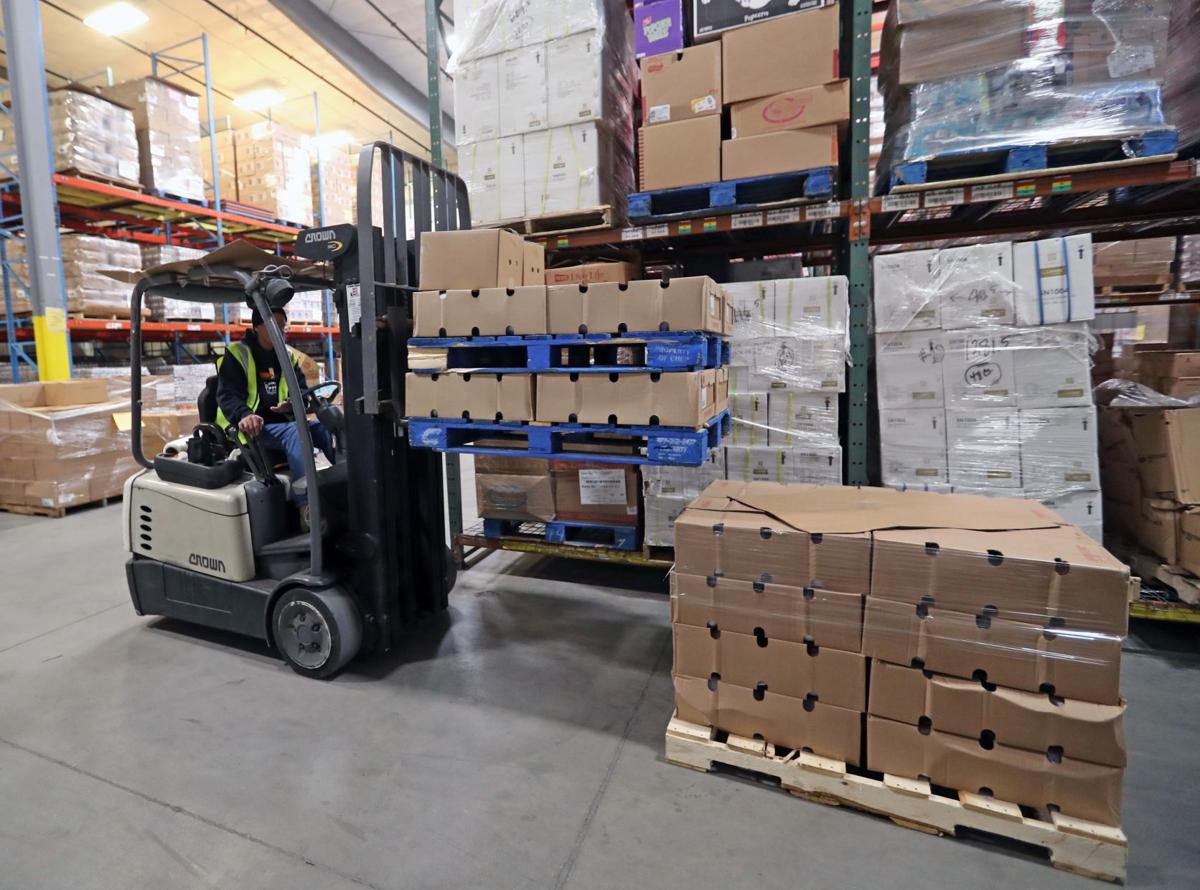 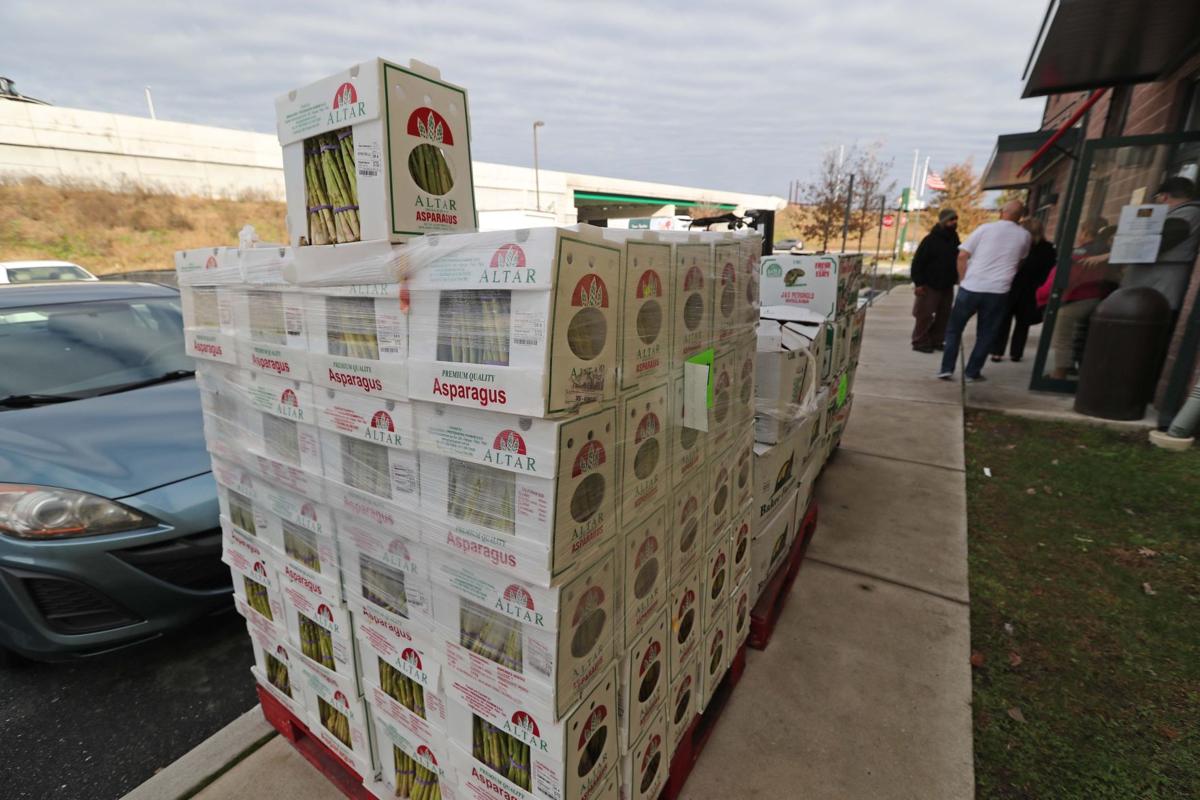 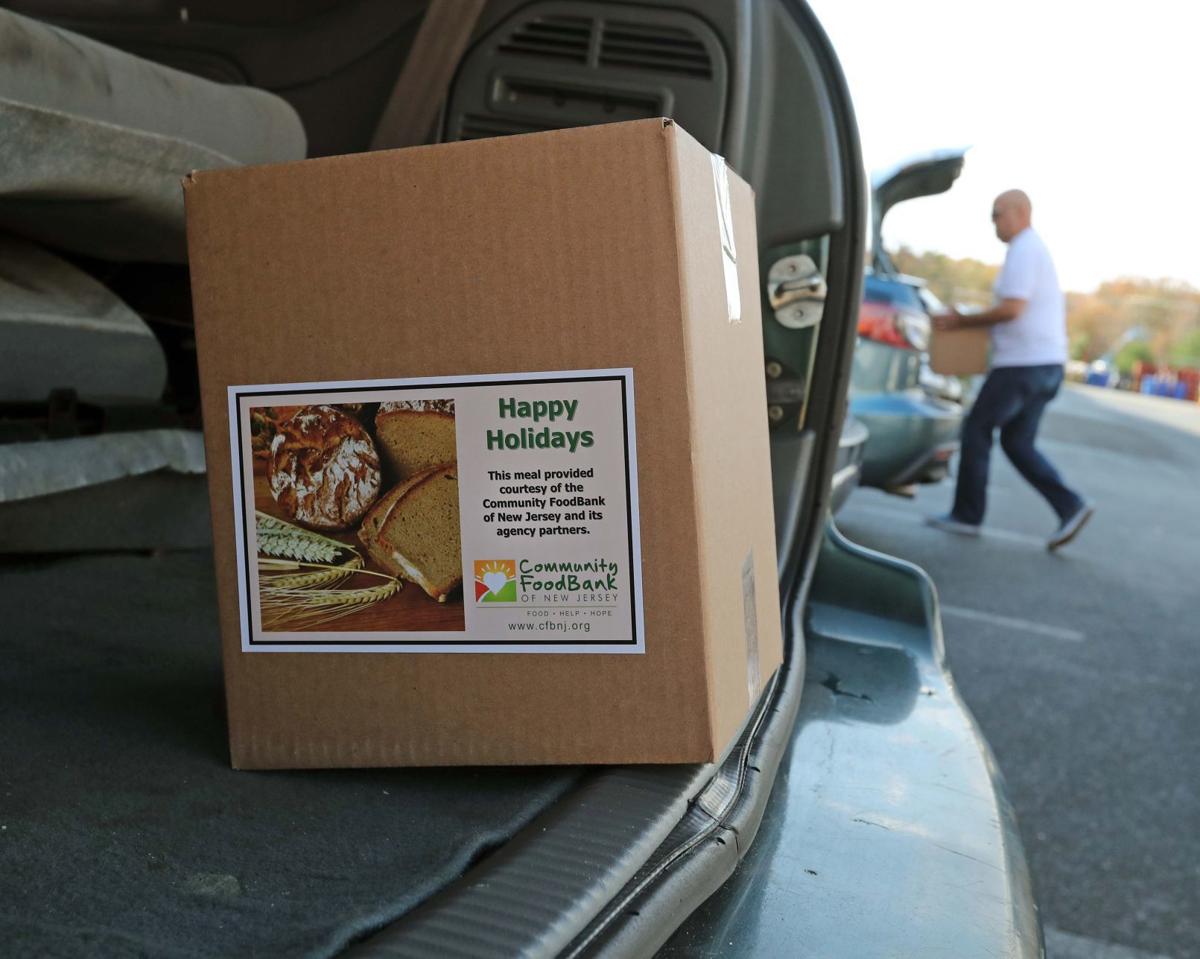 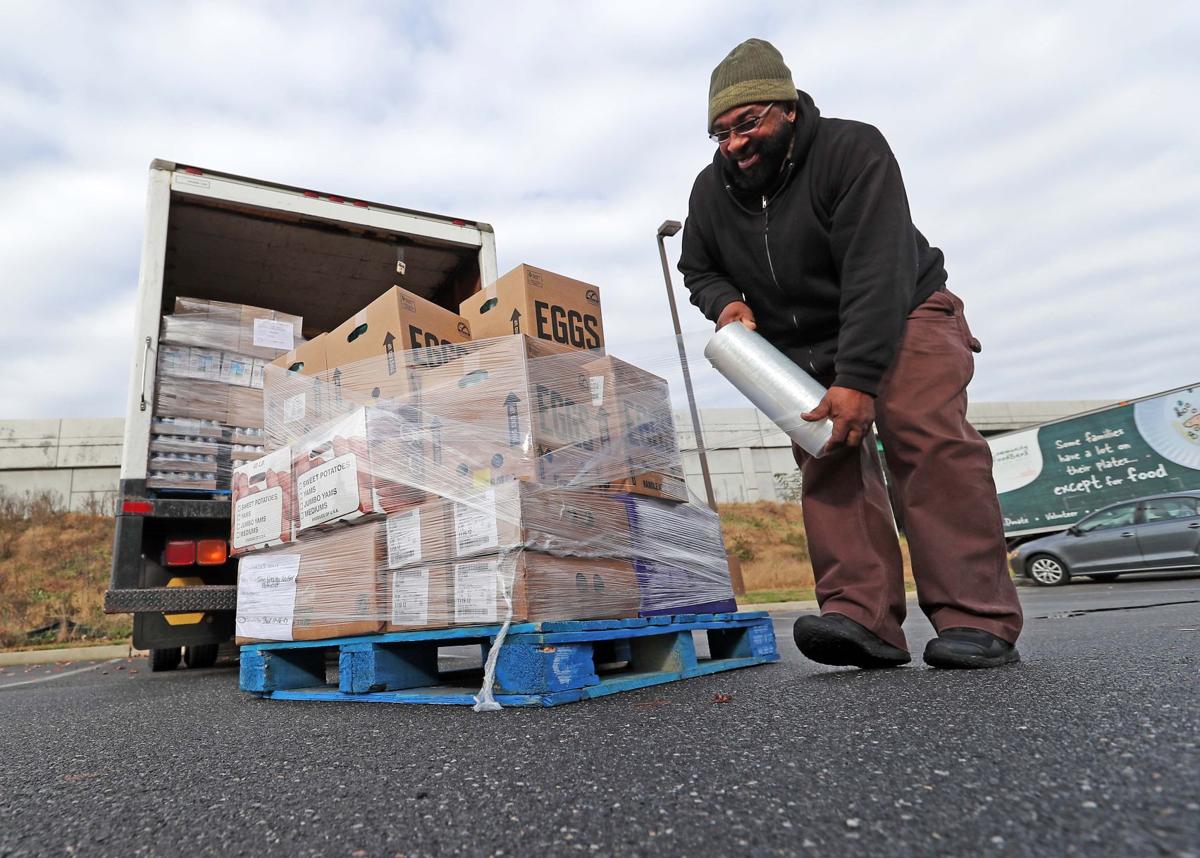 Ray Wharton of Warton's Mr. Mover wrapped up one of the pallets from Community FoodBank which he is delivering to John Wesley United Methodist Church in Bridgeton, which has holiday boxes and turkeys. Nov. 16, 2017 (Craig Matthews / Staff Photographer) 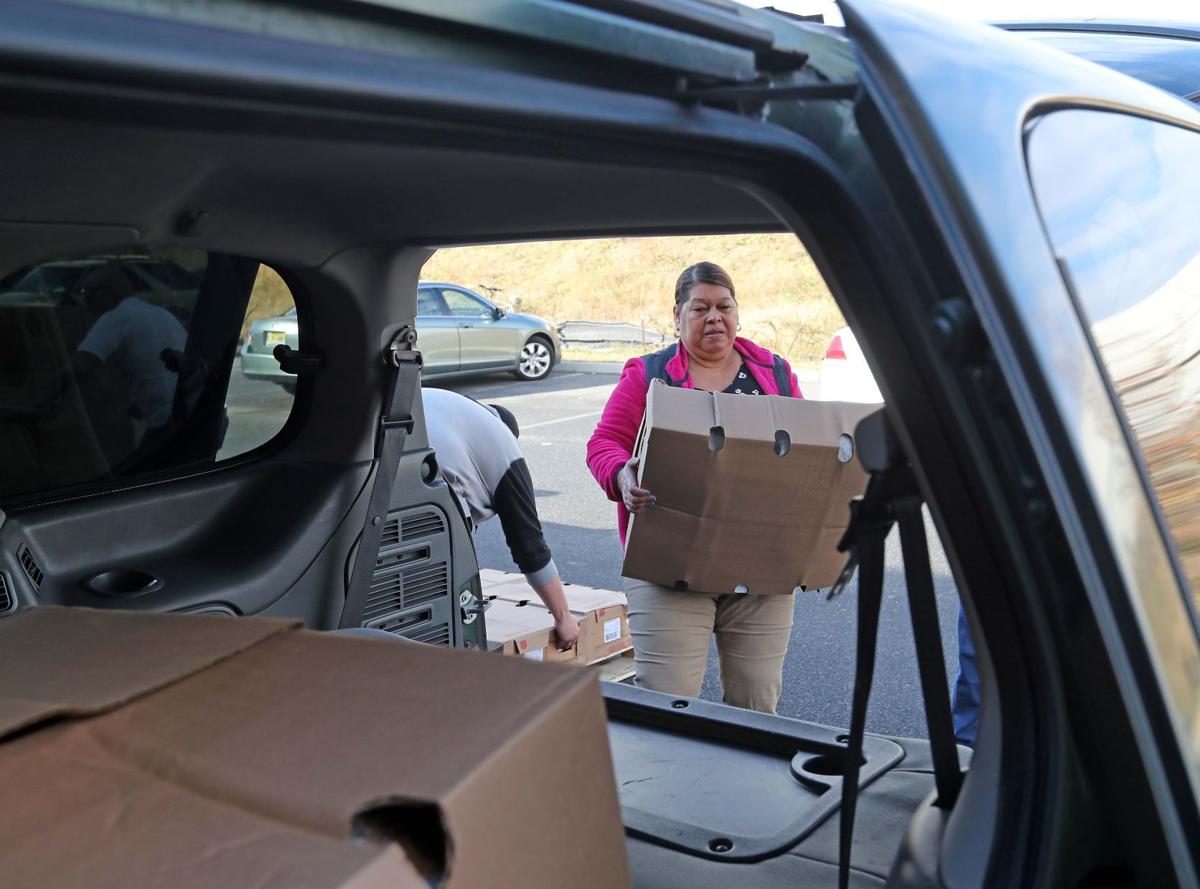 Instead of individuals picking up extra items at the grocery store to donate during food drives, the food bank is asking businesses to spread the word to their employees to donate cash through the food bank’s website.

“For every $1 that we receive, we can buy $8 worth of food,” said Renate Taylor, development officer for the food bank. “We can make their dollars go much further.”

EGG HARBOR TOWNSHIP — Thousands of people in need across the state, including Buena’s Sandra…

With $250, 100 nourishing dinners can be provided to an after-school program. And $500 can pay for 125 holiday meals for a local soup kitchen.

The food bank can help businesses set up a holiday food and fund drive online. And Thanksgiving is just the start — the food bank would like to make holiday meals available for families to cover Christmas, Kwanzaa and 3 Kings Day on Jan. 6.

The food bank’s Southern Branch, on the Black Horse Pike, will supply 115 agencies in Atlantic, Cape May and Cumberland counties with food this holiday season.

The four worst childhood food-insecurity rates in the state are in counties in South Jersey: Cape May, 19.8 percent; Atlantic, 19.3 percent; Salem, 18.5 percent; and Cumberland, 18.2 percent.

Childhood food insecurity is defined as a lack of consistent access to enough food for an active, healthy life, according to the U.S. Department of Agriculture.

“These are our children’s friends and our neighbors,” Taylor said.

The first company to sign on to the food bank’s cash-donation program was Atlantic City Electric, followed by Cape May Brewing, Kensington Furniture and South Jersey Network.

David Sarnoff, a chiropractor and founder of the South Jersey Network, said his organization has donated $2,000.

Sarnoff said his practice will fundraise exclusively for the food bank this season.

“It’s really making an impact. It’s heartfelt,” Sarnoff said about the food bank and its work.

Cape May Brewing, one of the largest craft breweries in the state, has been involved in food drives for at least three years, said Ryan Krill, one of three co-owners along with brother Robert Krill and Chris Henke.

The company started a reward program wherein each customer who brings in a canned good receives a punch on a card. The person who earns the most punches will receive a keg, Ryan Krill said.

Along with the punch-card program, the company will be encouraging customers to donate money to the food bank, Krill said.

“My partner, Chris, he grew up in a family who took advantage of the community bank,” Krill said.

Trucks, tents and frozen turkeys overran the parking lot at the English Creek Shopping Center during the final 24 hours of Longport Media’s an…

The Press is looking for your stories of generosity in 2017

From donation drives collecting food, coats and other necessities to “Secret Santas” paying for gifts on layaway, a lot of good deeds are done…

The hustle of the holidays has ended, which means empty spaces and shelves in homes but also at the Community FoodBank of New Jersey, Southern…

While it may feel more and more that the holidays are creeping up on us, there are many who count the days till the final two months of the ca…

GALLOWAY TOWNSHIP — Maria Carmona was more than 1,500 miles from where the hurricane bearing her name caused destruction and chaos for million…

EGG HARBOR TOWNSHIP — On a recent Friday, parents and children flooded Flemings Junkyard in Scullville for a night of frights at the Terror in…

Ray Wharton of Warton's Mr. Mover wrapped up one of the pallets from Community FoodBank which he is delivering to John Wesley United Methodist Church in Bridgeton, which has holiday boxes and turkeys. Nov. 16, 2017 (Craig Matthews / Staff Photographer)