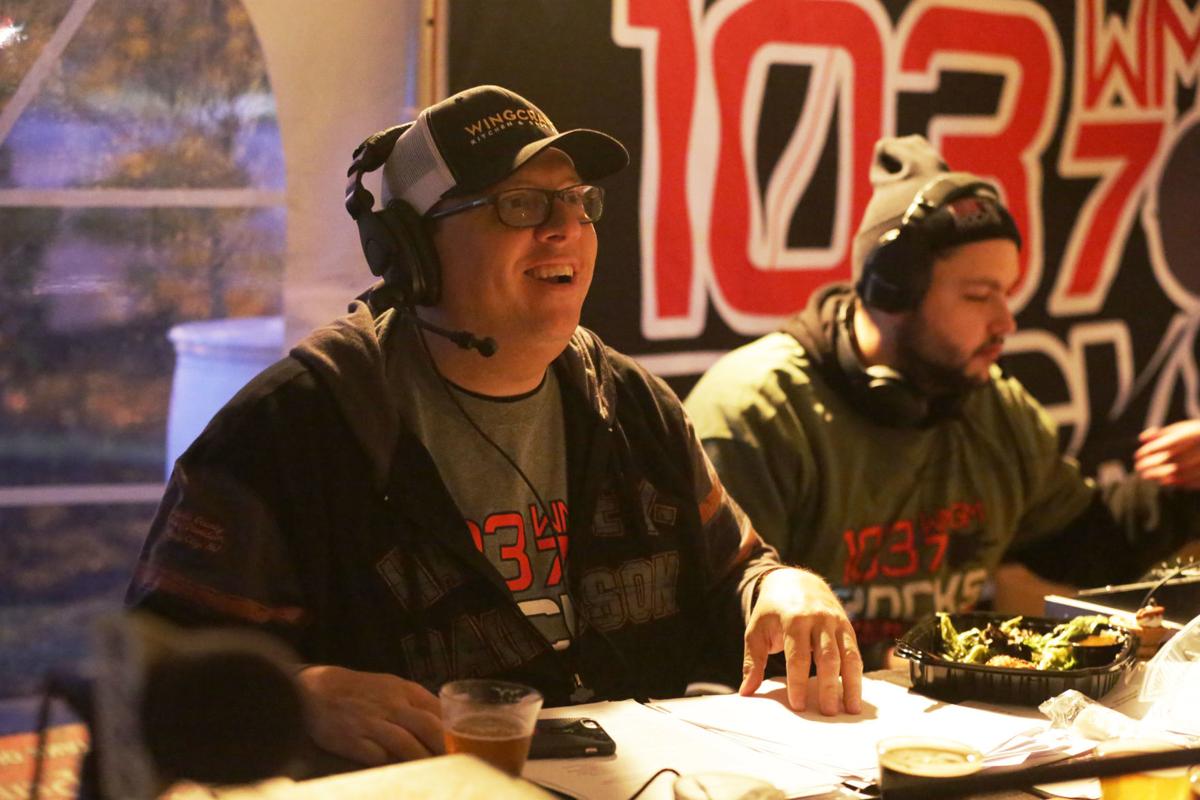 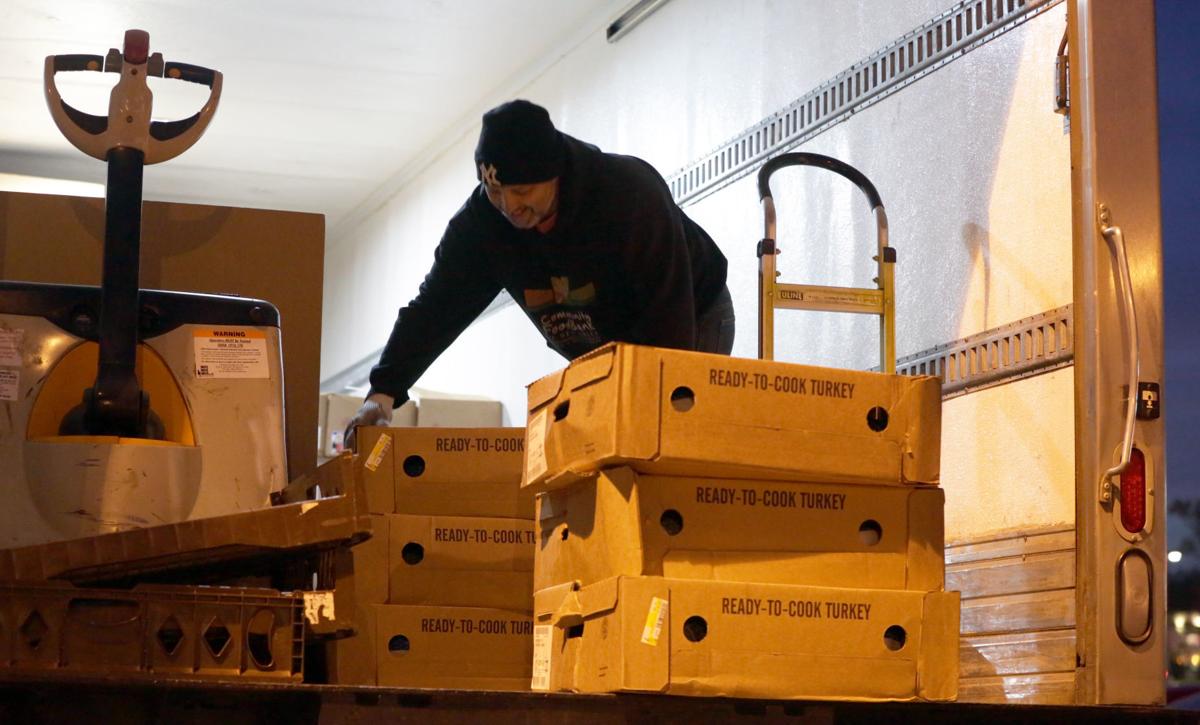 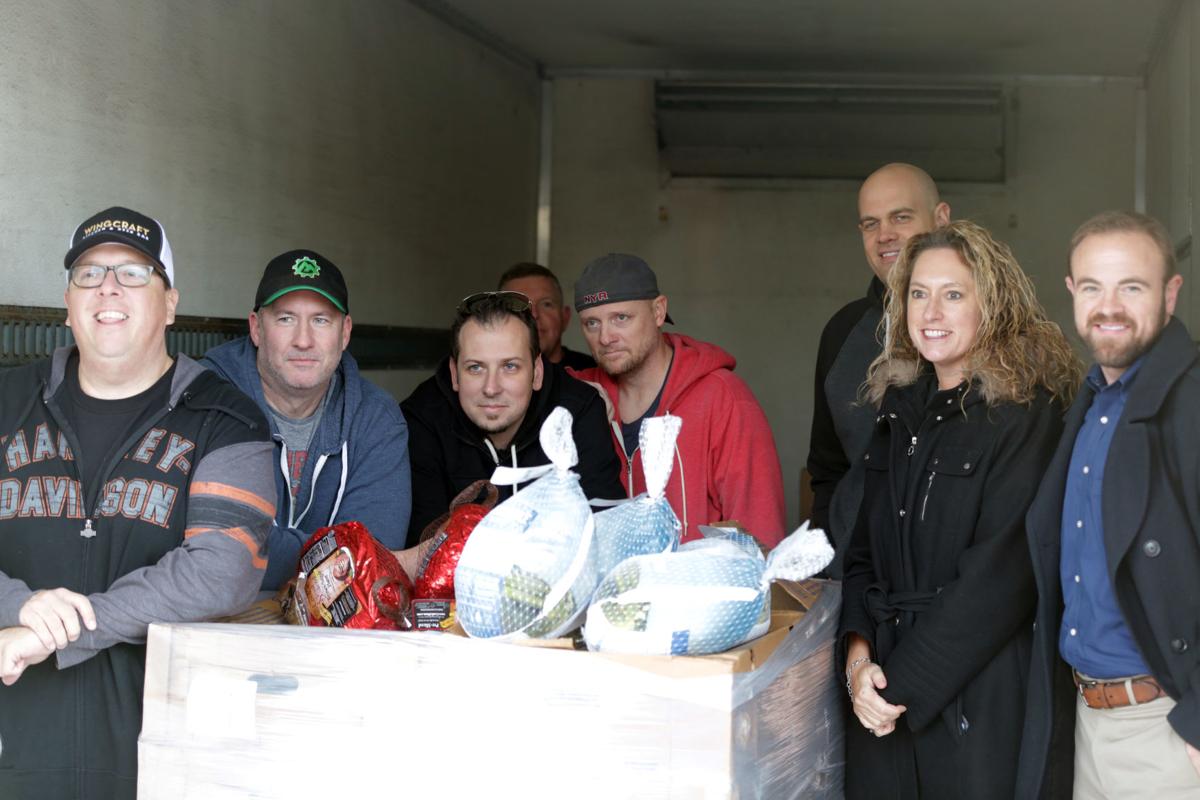 Scott Cronick, WMGM DJs Matt Murray and Sean Patrick, along with representatives from the Borgata and Golden Nugget casinos, which donated 8,000 lbs of turkeys and hams to Operation Help 2017 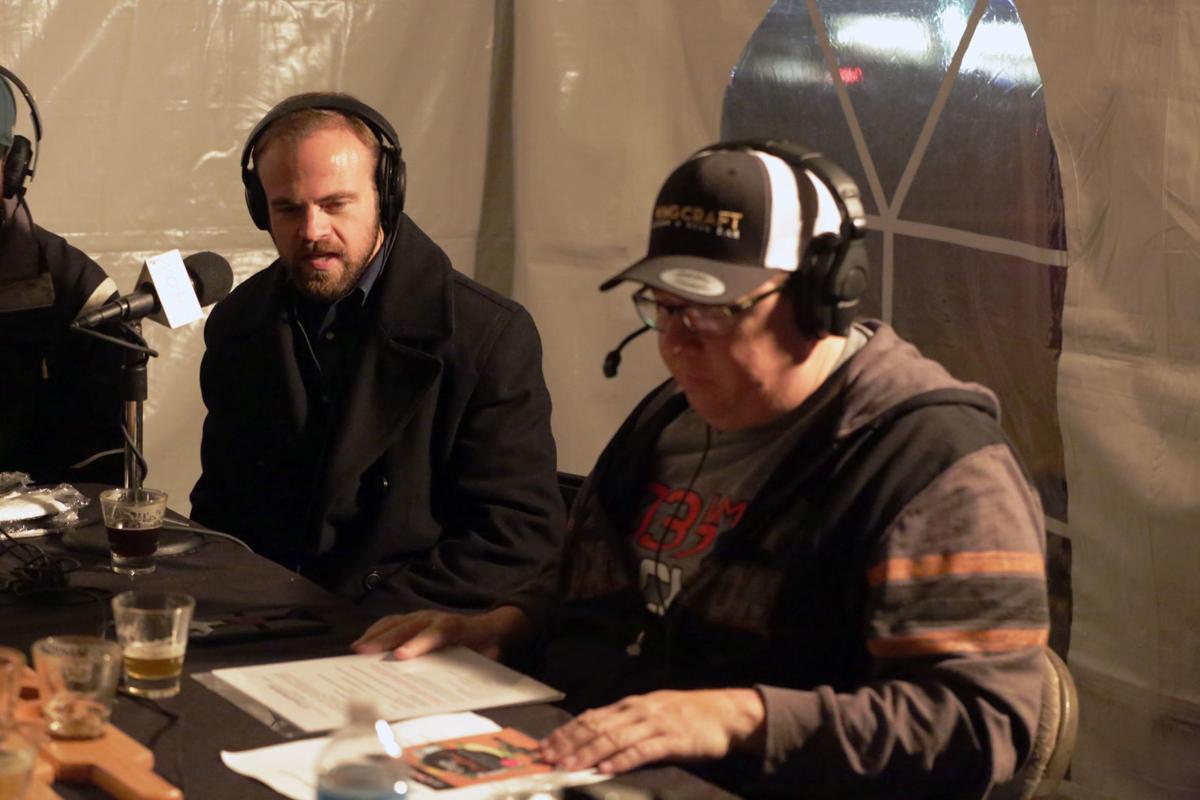 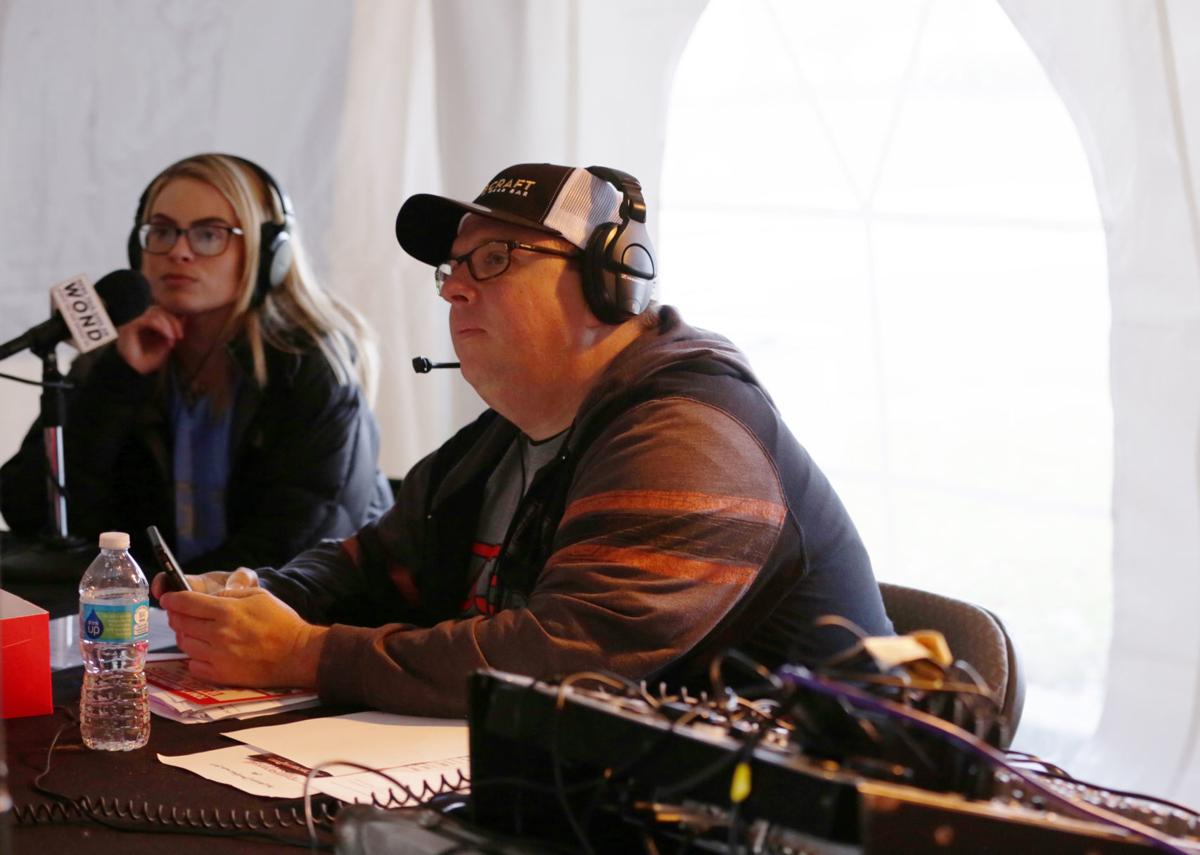 For the 10th year, the DJs of 103.7 WMGM, as well as sister stations Kool 98.3 and 1400-AM WOND, moved their shows out of the studio and into the parking lot at Chickie’s and Pete’s to collect 'round-the-clock food donations for the Community FoodBank of New Jersey.

“We stocked up on propane for the heaters and '80s movies, so I’m here through the night,” Murray said.

Murray said the tradition of camping out at the donation site allows for people to give what they can at any time. “You know, we have a lot of listeners who are casino workers and people who work night shift, so they can get off work and donate, even before I’m on-air”.

Personalities and shows from each radio station take turns broadcasting live from the outdoor tent, inviting special guests and donors on air.

Patrick began the five-day-long food drive with a 24-hour broadcast, featuring live music and sponsored hours from local businesses in exchange for donations to the Community FoodBank. This year, the radio station also accepted online donations through its website, as well as giving away special station tee shirts to those who donate.

While many organizations host food drives before the holiday season, the continuous push during Operation Help helps bring awareness, according Richard Uniacke, vice president of the Southern Branch of the Community FoodBank of New Jersey.

“Our distribution right now is significantly greater than it has ever been in our history,” Uniacke said.

Distribution at the Egg Harbor Township food pantry has increased more than 260 percent compared with numbers from 2016. The Southern Branch has distributed about 14 million pounds of food to the families of South Jersey over the past year, Uniacke said. “Operation Help is absolutely critical. We couldn’t do it without them.”

Over the past 10 years, the annual pre-holiday food drive has helped raised $50,000 in monetary donations as well as more than 34 tons of food.

Within the two hour show time, WOND's “Off The Press with Scott Cronick” radio show announced the donation of more than 15,000 pounds of food, including a combined 8,000 pounds of turkeys and hams from two Atlantic City casinos, the Borgata and Golden Nugget, $1,000 worth of turkeys from Wingcraft restaurant, several listener donations and $1,500 in monetary donations.

“If you can, come out here and donate," Cronick said to his audience. "We're very blessed that we do not have to worry about where we're getting our next meal for Thanksgiving, so make it a little easier for people who may be nervous about it." Cronick is director of entertainment publications for The Press of Atlantic City.

"It’s the time of year people are thinking about who’s hungry and who’s maybe going without," he added. "It’s truly incredible.”

The employees and volunteers of the Community FoodBank had a day off on Thanksgiving, but Uniacke said efforts to keep the pantry shelves full will pick right back up.

“We’ll be going straight through the holiday season — not really ending our holiday meals push until the end of January to include all dominations," Uniacke said. "Then going into what is a 365-day-a-year effort to help feed hungry families in South Jersey."

The Operation Help food drive wrapped up at 3 p.m. Wednesday, with final donation totals to be released next week. The Community FoodBank of New Jersey, Southern Branch, accepts nonperishable food or monetary donations throughout the year.

A free-fruit program offering healthy snacks to children at ShopRite has expanded to more supermarkets.

A.C. Moore store in Egg Harbor Township will be closing

All A.C. Moore stores are going out of business, including the one in the English Creek Center Shopping Center in Egg Harbor Township.

Scott Cronick, WMGM DJs Matt Murray and Sean Patrick, along with representatives from the Borgata and Golden Nugget casinos, which donated 8,000 lbs of turkeys and hams to Operation Help 2017