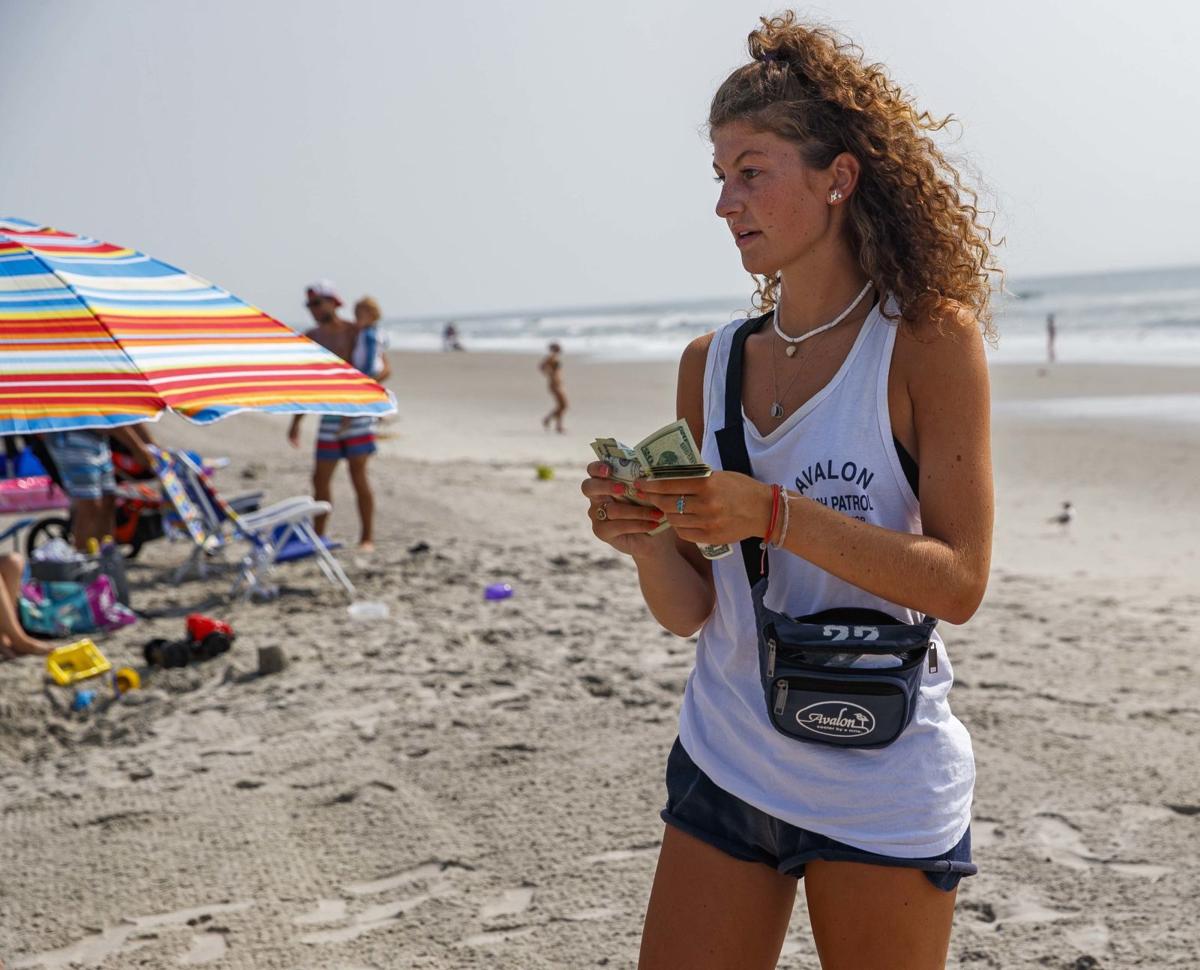 Ciaran Scott, 17, of Villanova, Pennsylvania, has been a beach tag checker for the Avalon Beach Patrol for two years. 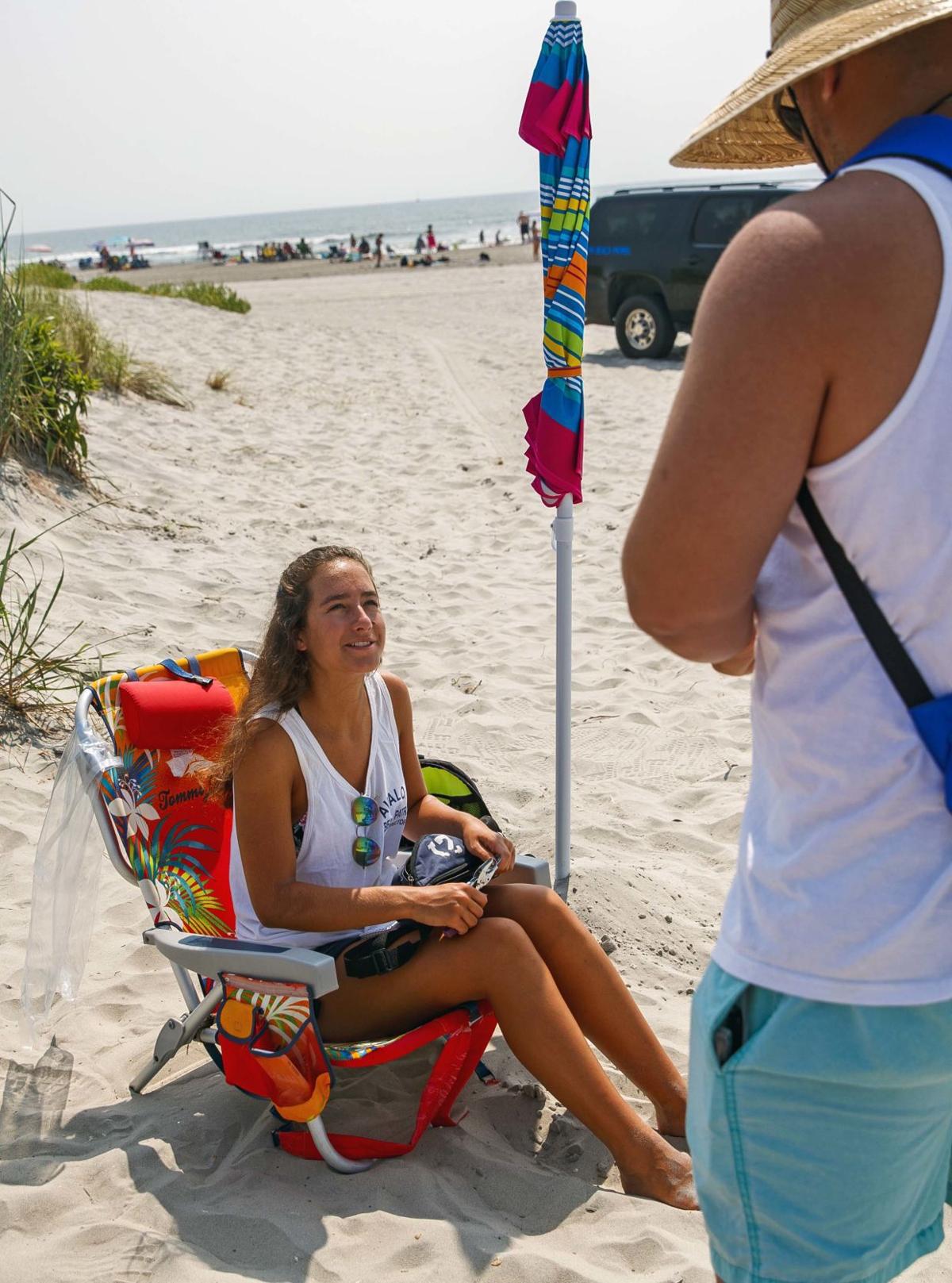 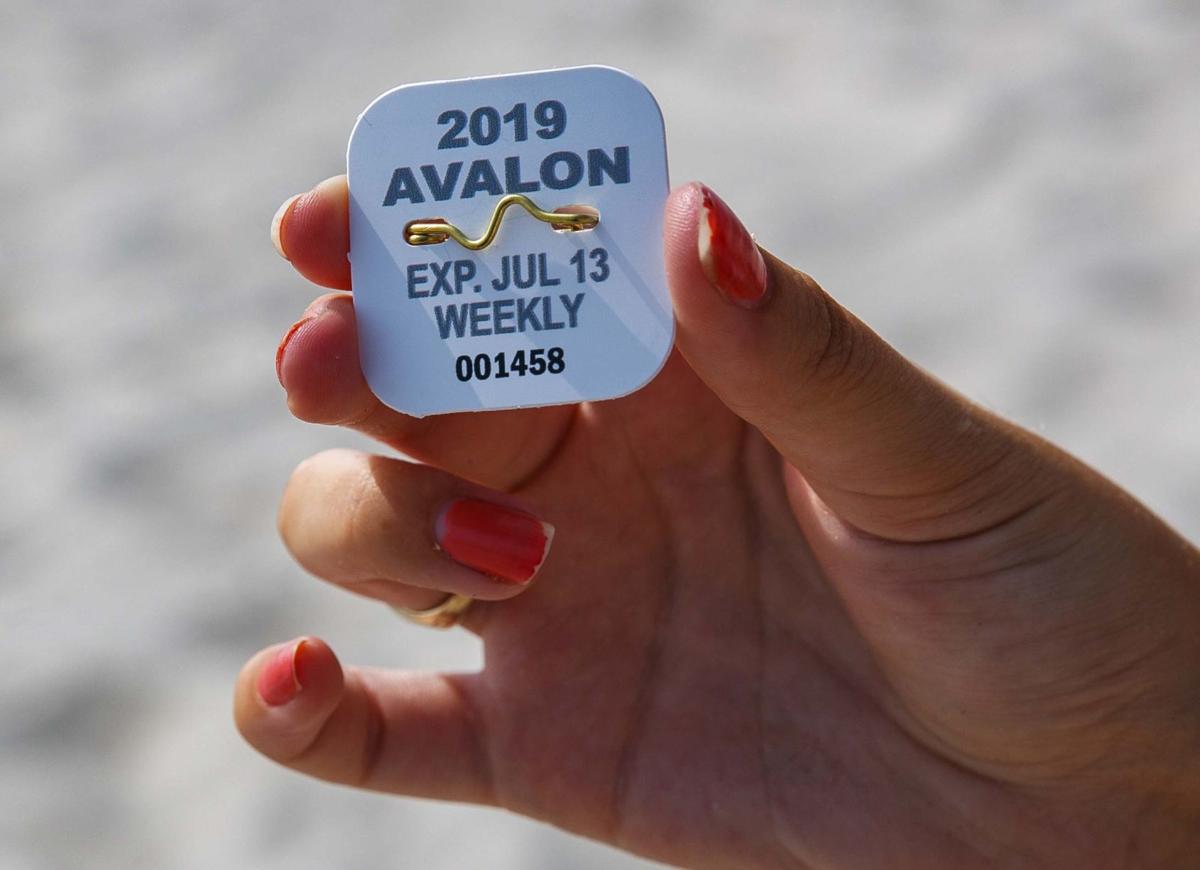 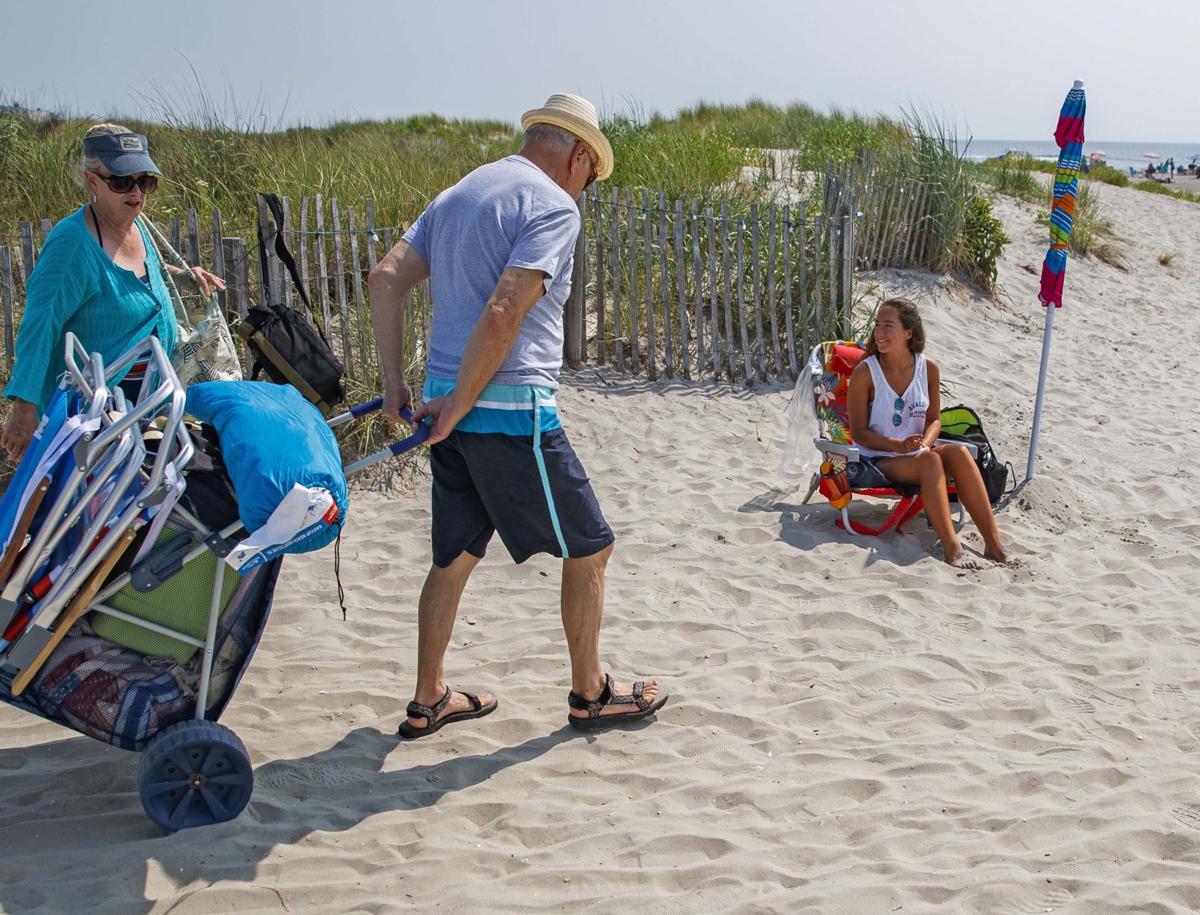 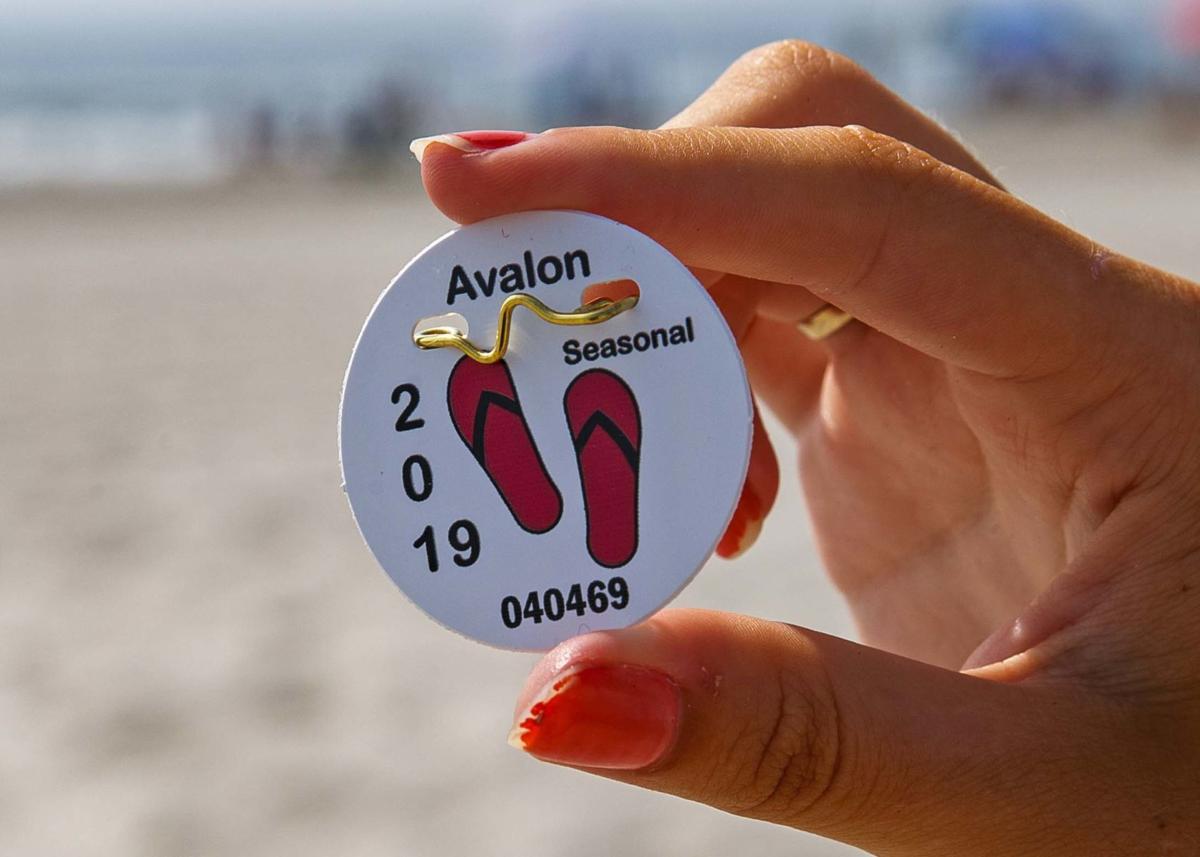 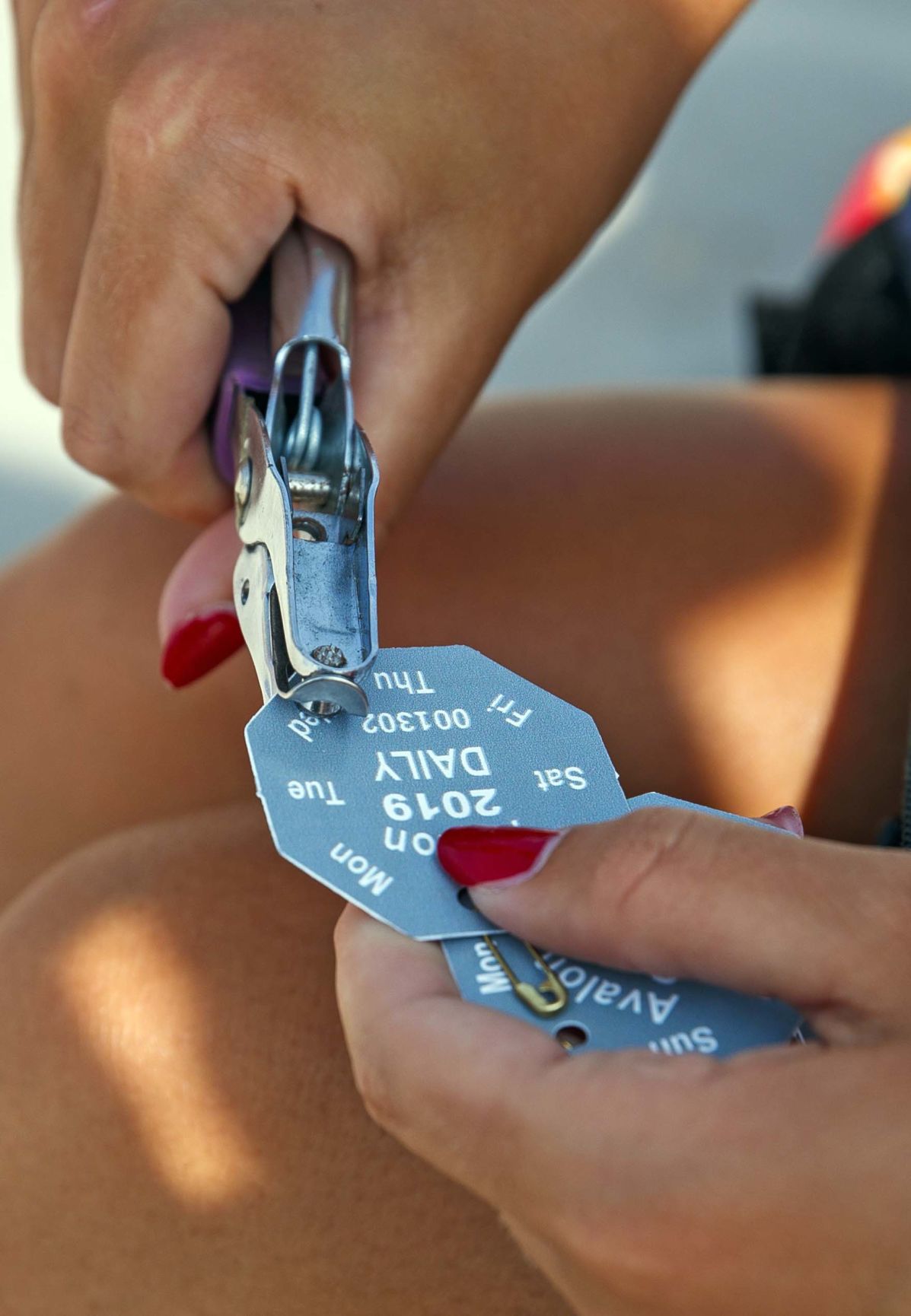 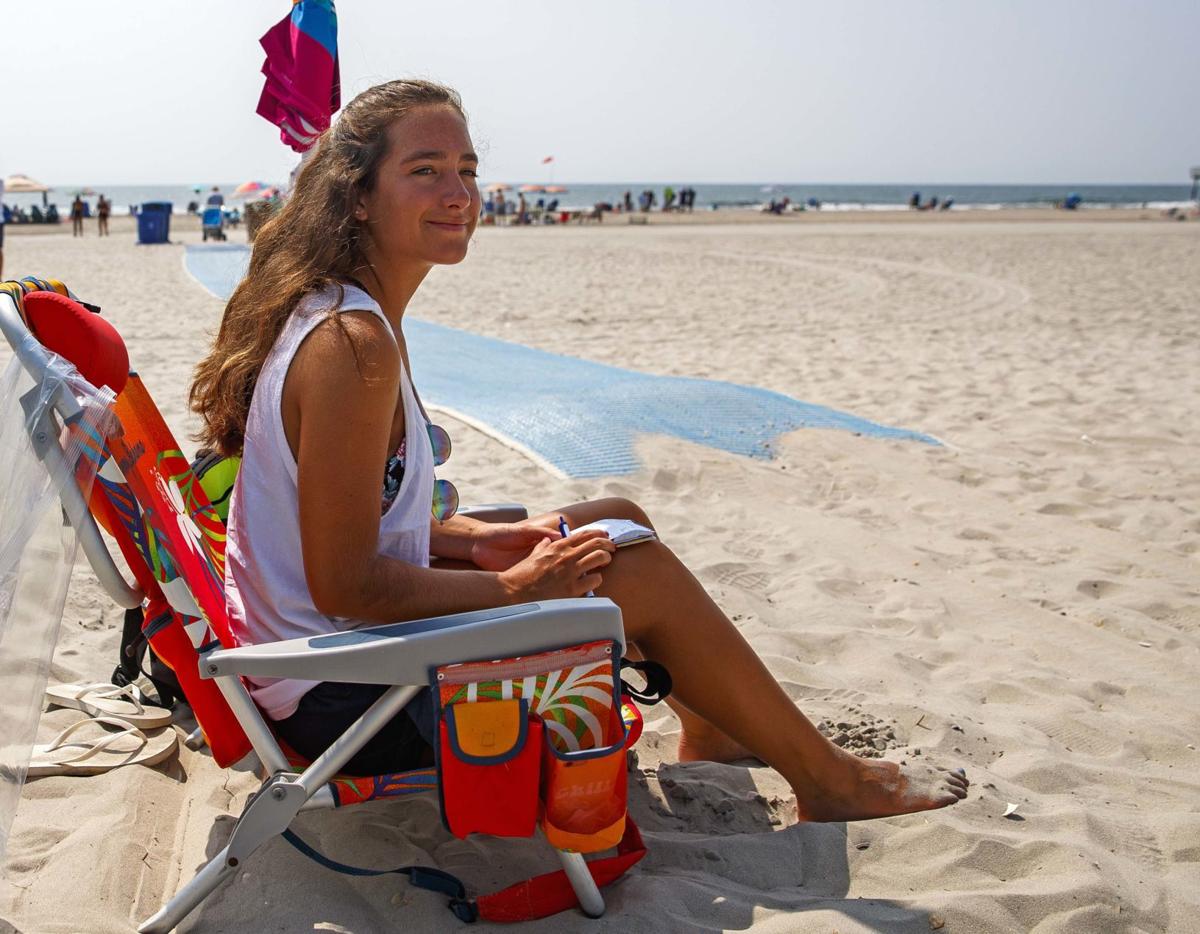 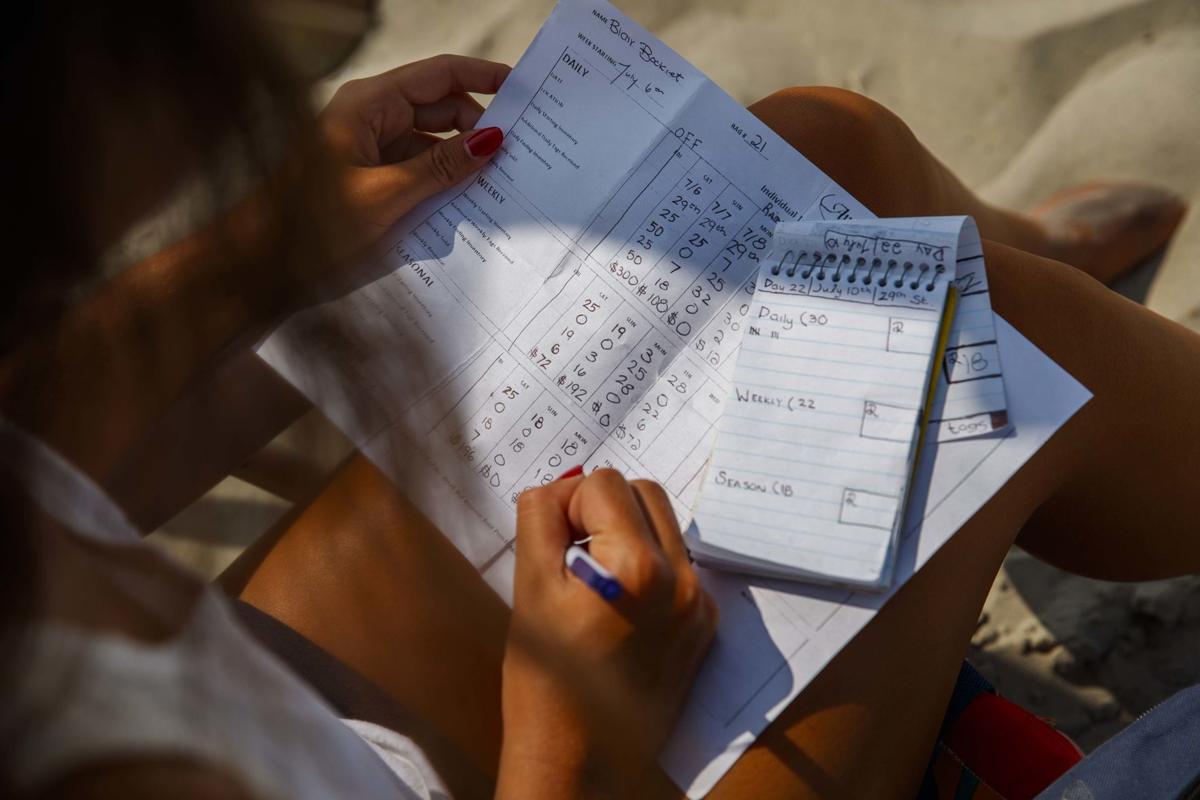 Avalon beach tag checker Blair Bocklet records the day’s beach tag sales in her log so all tags and money are accounted for, ‘or else we would owe it.’ 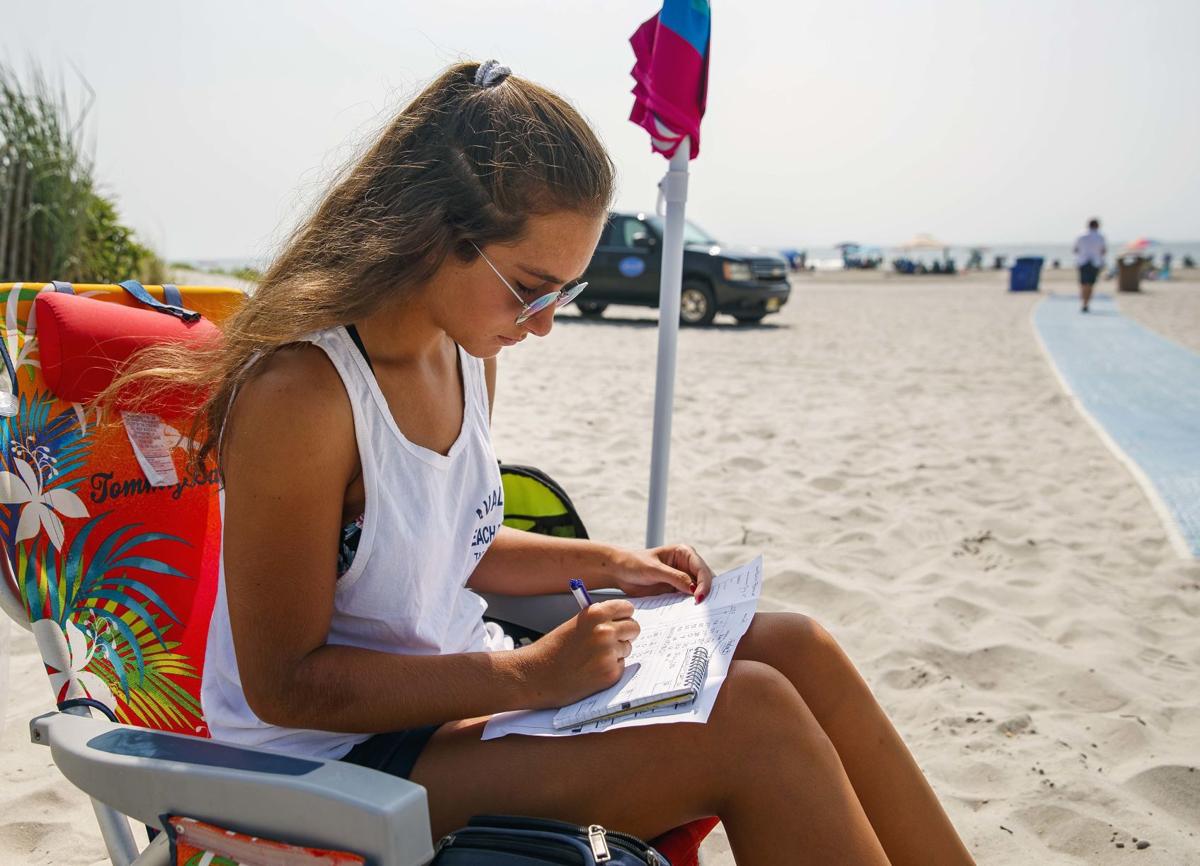 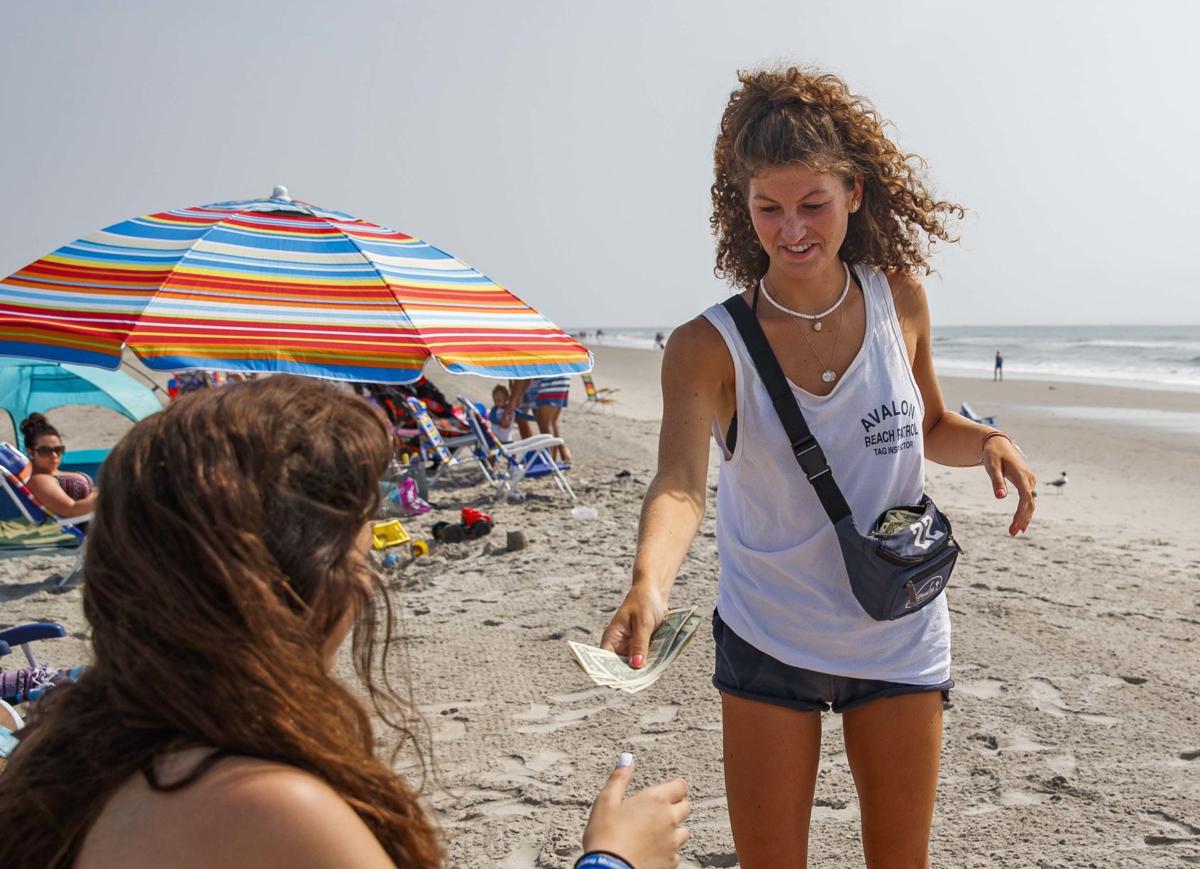 At right, Ciaran Scott, 17, of Villanova, Pennsylvania, does a sweep of the beach to make sure people have tags. If not, she can sell them daily passes. 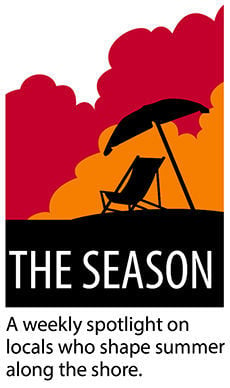 Ciaran Scott, 17, of Villanova, Pennsylvania, has been a beach tag checker for the Avalon Beach Patrol for two years.

Avalon beach tag checker Blair Bocklet records the day’s beach tag sales in her log so all tags and money are accounted for, ‘or else we would owe it.’

At right, Ciaran Scott, 17, of Villanova, Pennsylvania, does a sweep of the beach to make sure people have tags. If not, she can sell them daily passes.

So much so, in fact, the two girls took a position on the Avalon Beach Patrol that many beachgoers have come to fear.

Bocklet and Scott are beach tag inspectors. Primarily working on 28th and 29th streets, they wait at the entrances and make sure guests older than 12 have the little pin-on badges that allow them access to the sand.

Beach tags have been around New Jersey for more than 40 years. Rates vary from town to town, but guests can buy daily, weekly or seasonal tags depending on how often they wish to visit their favorite beaches. Some towns don’t require tags at all.

Naturally, people sometimes go out of their way to avoid paying for a tag, whether it’s a long-winded excuse or an elaborate diversion.

“One time, this group of guys had a blow-up canoe and they had two tags, but there were six of them,” said Bocklet, 17, of Ambler, Pennsylvania. “So they tried to pile everyone in the canoe and raise it over their heads and carry it onto the beach.”

“It was really funny.”

WILDWOOD — With her whistle around her neck and sunscreen poking out of her fanny pack, Bryc…

According to Scott, people have also tried to walk right behind her — the space between her chair and a wooden fence is no more than 5 feet — or sneak through the bushes in the dunes past the fence.

That doesn’t work either, said Scott, 17, of Villanova, Pennsylvania.

“You’re not even allowed to walk in the dunes,” she said.

Although beach taggers such as Scott and Bocklet are often met with resistance when it comes to having to pay to get in, the tag purchases play a crucial role in keeping the beach clean and safe.

“If you come to Avalon, you see how nice the beaches are,” Scott said. “And that’s because of the money from this.

“It pays the lifeguards, picks up trash (and) just keeps the beach nice,” she said.

For beach taggers, the average shift begins at 9:30 a.m. They check in at the Beach Patrol headquarters at the local rec center, get assigned to a specific area and head out by 10 a.m. to sweep through the early beach crowds to make sure everyone has a tag.

After the initial sweep, they return to the entrances to check the tags of arriving guests.

More taggers arrive to sweep the beaches around 3 p.m. They start at 30th Street, make their way down to 79th Street and then work back up to Ninth Street. By the end of the day, those taggers will have walked nearly 11 miles.

On weekdays, there are usually about 25 taggers on the beach. On the weekend, that number goes up to about 40.

Bocklet and Scott, who both stay in Avalon over the summer, applied for the job for their love of the beach.

“My older sister was a (tag) checker, and she loved it because she got to stay on the beach all day,” said Bocklet, a senior at Mt. St. Joseph Academy in Pennsylvania. “I love the beach, so I knew that I wanted to try and make sure that whatever job I got, I was still able to get a full beach day in.

CAPE MAY — The day after Memorial Day, Tammy Gomez started her morning by cleaning up a coff…

“So this worked out perfectly.”

Every day on the job, they have to deal with people lying, hiding or flat-out sprinting past them to avoid paying to get in. The girls, however, are just happy to soak up some sun on the sand and get paid to do it.

This summer is Bocklet’s third as a tagger. A year later, Scott approached her with interest in the position, and the two became best friends shortly thereafter. For Scott, a senior at the Agnes Irwin School in Pennsylvania, it’s the perfect summer job.

“I sit on the beach all day and I talk to people,” Scott said. “I don’t think I could be doing a better job.”

OCEAN CITY — Cole Brennan can show you an unparalleled view of where New Jersey meets the ocean. It’s 350 feet above the rolling waves, and th…

VENTNOR — “Everybody has their guy,” Robert Lukasiewicz said. “There’s a trust. It took me a while to get known.”

Waves of fun being a personal watercraft beach manager

UPPER TOWNSHIP — Koy Connors spends his days in a bathing suit, hat and orange sunglasses with a walkie talkie on his hip.

ATLANTIC CITY — Stewart Rosen spent a number of years and a lot of money to become a doctor.

ATLANTIC CITY — For some, a summer trip to the beach is only complete if it includes a brightly colored, ice-cold adult beverage served in a p…