NEW YORK — Forty years ago, the programmers at PBS were eager to experiment, so they took a chance and started a new series on animal behavior in the wild called “Nature.”

The show featured hourlong documentaries from natural landscapes all around the world, and at first, didn’t even have narration so it could be sold in any television market, without any language barrier. It was a hit. “Nature” is celebrating its anniversary this season, which includes an extended look at the Rocky Mountains, American horses, a close examination of bees and, of course, some adorable penguins.

While the series has evolved over the years, one person has been there since the beginning. Fred Kaufman started as a production assistant on a three-month stint and has now been the show’s executive producer for the last 30 years.

Kaufman says “Nature” has become even more compelling to viewers because the science, filmmaking and technology is better. He’s also proud of the show’s storytelling and attention to global warming and the environment. In a recent interview with The Associated Press, Kaufman talked about the evolution of the show, the stories that have made the most impact and how viral videos have helped the genre.

This interview has been edited for length and clarity.

AP: How has technology changed the show over 40 years?

KAUFMAN: When HD came it was like, ‘Whoa!’ All of a sudden, you saw the detail that you didn’t see before, so that was a big difference. Lenses have gotten better, more diversified. That’s a big difference. Drones! Years ago, if you wanted to get an aerial, you had to hire a helicopter at 400 bucks an hour and pay for the fuel and an operator and just pray that you can get everything you want in an hour. … That was like a big deal. Now you put up a drone, one person flies a drone: rocksteady shot. It really allows you to see a landscape, gives you a new perspective on animals and places. … But I think one of the single most important developments is that wildlife films, behavior, little snippets, have become so viral on social media. I mean, they’re fun, they’re dramatic, they’re exciting. Chances are you’ve never seen this before.

AP: How does the show approach which places and animals to cover?

AP: How have you observed the effects of global warming?

Kaufman: The most obvious visuals are the shrinking polar caps, particularly in the Arctic. We’re seeing that polar bears are spending more time swimming and not on ice flows because there are less of them. So, they’re more in the open ocean. And this leads to fatigue and they need more food to eat. And they’re suffering because of that. And that’s sort of the most obvious example that we’re all seeing. But climate change is affecting migrations, and birds, for example, migrate following the paths of flowers and food sources that come out because when that day gets longer and the sun shines and it’s warmer and plants bloom, et cetera, birds follow those paths. Now, with global warming, some of those events are happening earlier than usual. So, the birds are showing up late or they’re showing up too early, and it’s messing with the nutrition and the food they need to carry on their migration.

AP: Which shows have had the biggest impact?

Kaufman: One thing I’m super proud of is many, many years ago, we were the first to bring attention to the colony collapse disorder with the bees. And so that one turned out to be a very big story, and it’s still a story.

AP: What is it about nature that still captures people?

Kaufman: The most thrilling thing about being in nature is probably going on an African safari, which just isn’t like anything in the world. I mean, you do feel insignificant when you’re out there and you see these big gorgeous, iconic animals up close. It’s surprising how close these animals come, and you see these magnificent landscapes that go on for miles. It’s awe inspiring. It really gets into you and stays with you and you know, you get goose bumps. We were in a vehicle in the middle of a herd of about 60 elephants in Africa, and my heart was racing. I don’t know why. It was just a reaction to being amongst these big wild animals — and elephants are in a class by themselves. And, of course, you know, you feel that they’re aware of you in a way other animals aren’t. There’s a consciousness there. And so, there are moments like that I think everybody experiences, whether you’re in Yellowstone National Park or even Central Park, where it just has a calming influence about it.

Tim Roth says he never expected to return to Marvel

Tim Roth says he never expected to return to Marvel

Louie Anderson, whose four-decade career as a comedian and actor included his Emmy-winning performance as mom to twin adult sons in the TV series "Baskets," has died.

Betty White's assistant shares one of her final photos

"She was radiant and beautiful and as happy as ever," the post read. See how Betty White was celebrated on what would have been her 100th birthday.

Fictional hospitals make for great television. However, what happens every week on medical dramas is often not what happens in real life.

The premiere of 'Pam & Tommy,' Season 2 of 'Dollface' and more coming to Hulu.

A follow-up to “How I Met Your Mother” might have happened a lot sooner. “This Is Us” just got in the way.

LOS ANGELES — Netflix could be a dominant force at next month’s NAACP Image Awards.

REVIEW: 'Cheer' tumbles back with new drama, lots of conflict

It isn’t “business as usual” in the second season of “Cheer.”

Steve Harvey can judge with the best of them

Money is the root of all lawsuits, Steve Harvey says.

The movie premiere 'KIWI,' new series 'About Last Night,' season finales of 'Euphoria,' 'And Just Like That...,' and more coming to HBO Max in February.

Elephants approach a waterhole in Tsavo East National Park, Kenya, in a scene from the documentary series “Nature.” The PBS series is celebrating its 40th anniversary. 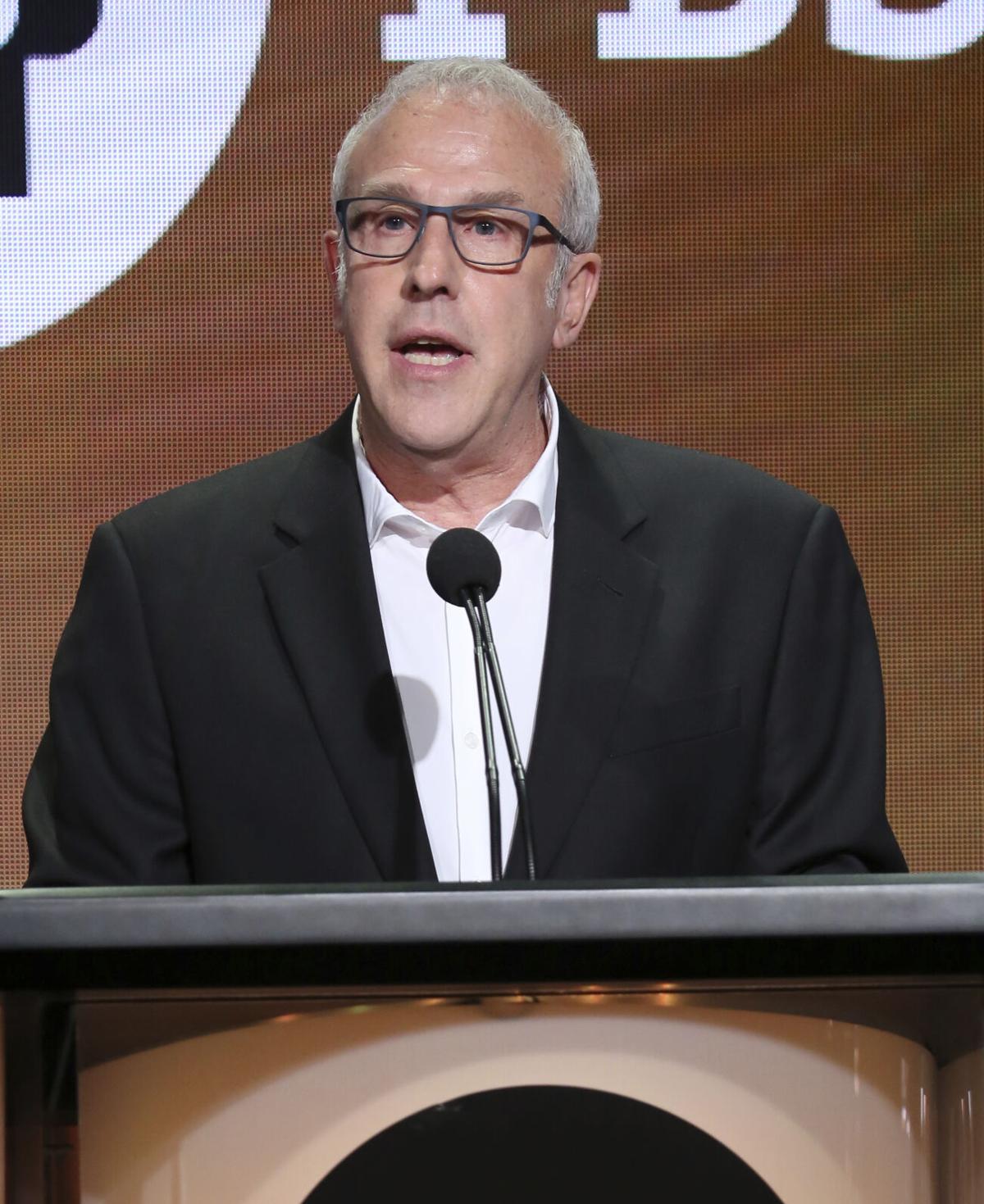