Subscribe
Read Today's E-Edition
Share This
Before stop at Orpheum in Sioux City, Bonnie Raitt says the secret to longevity is being willing to 'prove yourself every night'
0 Comments
Share this
1 of 3 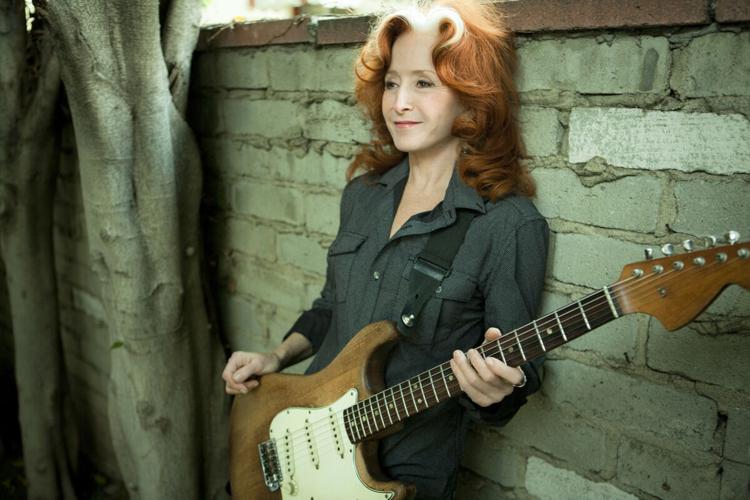 Bonnie Raitt tried to stay busy during the coronavirus pandemic, but she says nothing compares to the thrill of performing live. 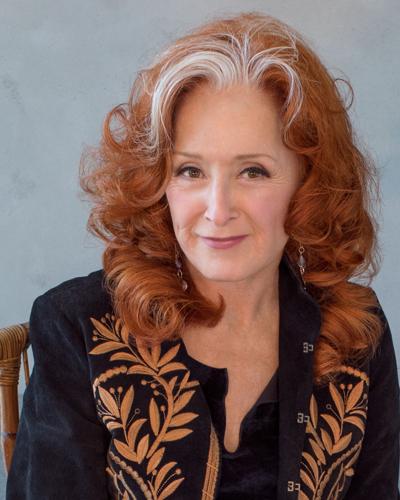 Something to talk about? How about Bonnie Raitt's Lifetime Achievement Grammy Award? She's one of the most celebrated performers in the music industry. 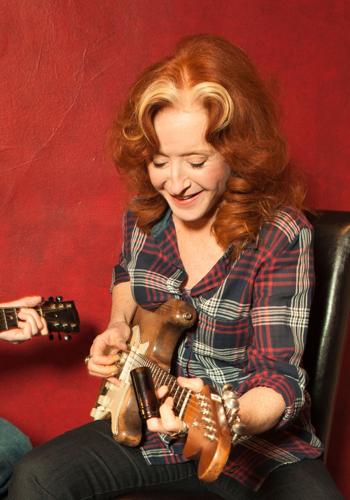 Bonnie Raitt's 21st studio album, "Just Like That," addresses issues close to her heart -- including the loss of friends due to the cornavirus pandemic.

In the world of music, Bonnie Raitt considers herself a “character actor.”

“I never wanted to be No. 1 or No. 2,” she explains. “You’d watch so many artists flame out after one or two hits. I wanted to be like a character actor who would continue to work.”

Now on her first tour since the coronavirus pandemic, Raitt is promoting her 21st studio album, “Just Like That,” and, yes, enjoying every minute.

“I’m having a blast,” she says by phone. “But that first concert back was very emotional. I could see the joy in everyone’s faces, their eyes glistening.”

The multiple Grammy winner knew it wouldn’t be easy – particularly since she has been on the road since her 20s – so she did up-tempo songs to start. “By the time I got to the ballads, I was so vulnerable.”

“Living for the Ones,” a new cut, addresses those who died. In all, Raitt lost 14 friends, including John Prine, a longtime collaborator.

To stay fresh during the break, she participated in Zoom concerts and fundraisers, “watched a lot of British television series,” hiked, meditated and listened to as many podcasts as possible.

When concerts started returning, she reassembled her band and figured out how they could go on. The secret was maintaining a bubble. That meant no meet-and-greets, no after-show visits, no extra-curricular activities. “If you’re in a city where you have relatives, you can’t see them. So I’d ask them to take a hike with me so we could stay 12 feet away.

“Traveling in a tight bubble lets a basketball team play its full season, so that’s what we’re doing.”

The music – and the reaction it gets -- is what makes that isolation worthwhile.

“If you put in too many new things in a row,” she advises, “it lays there flat. I want a balance of old and new. People aren’t going to come and see you if you don’t play the hits. They want to hear (a song) close to the shape they came to it. You can add interludes and put in a different kind of a solo but, basically, those songs are hits because they were really thought out.”

As much as the 72-year-old loves Bob Dylan’s music, she knows he enjoys mixing things up. At a concert, “I had to ask his band, ‘What the heck was that?’ If you’re spending 90 bucks or 60 bucks for a ticket, you want to hear the song you know.”

Still, she knows why Dylan, Willie Nelson, the Rolling Stones and others are still hot-ticket performers.

“It starts with the music,” she says. “Then, there’s the people – you have to have the kind of soul and personality and dedication to being excellent. If you’re doing a show that’s coasting, you’re past where you should be. You’ve got to prove yourself every night. As my dad (actor John Raitt) used to say, ‘Make every night opening night.’”

While Raitt says she still gets excited before going on stage, “live TV used to be very nerve-racking. A show like ‘SNL’? That countdown was terrifying. If you mess up on ‘The Tonight Show,’ you can always retape, but not something live.”

Interestingly, Raitt holds the record for most performances on the Grammy Awards – one of those nerve-racking live shows. She also has enough Grammys to fill several shelves and a lifetime achievement award that confirms her longevity.

Always learning, she says she and Mavis Staples (who opens for her on this tour) have been “texting like mad” and talking about everything from politics to music when they’re together. “We love the same kind of music and she turns me on to great gospel stuff. Her last three albums were the strongest in her career, which is an inspiration for me. I’m 10 years behind her and I see the vibrancy she has.”

Raitt also believes it pays to have been that diligent performer in her 20s – the kind of musician who would perform even during a blizzard at small colleges across the country.

“Nobody else would come, but I’d be there with my guitar,” she says. “We’re now reaping the rewards of playing all those colleges."

'Days of Our Lives' leaving broadcast TV, will stream on Peacock

It marks the end of a broadcast run that has spanned more than 14,000 episodes and began when Lyndon B. Johnson was president.

When producers looked at the history of women in baseball, they realized “A League of Their Own” only scratched the surface.

How much do real estate TV stars make?

Ranging from real estate agents, remodelers and builders, investors, and interior designers, many TV show hosts have become celebrities in their own right. But how successful are they really?

Pat Carroll, Emmy winner and voice of Ursula, dies at 95

Pat Carroll, a comedic television mainstay for decades, Emmy-winner for "Caesar's Hour" and the voice Ursula in "The Little Mermaid," has died at age 95.

Is there crying in baseball? Kelly McCormack explains

Yup. The line is there.

There’s really no awards category that fits “Reservation Dogs.” Sure, it’s billed as a comedy but there are so many touching moments it could easily top the shows that are billed as dramas. Variety seeps in, too, and if you happen to hail from the rez, you probably think it’s a reality show.

After sharing a statement on his verified Facebook account Tuesday morning that Tony Dow, an actor and director best known for his role as older brother Wally Cleaver on "Leave It to Beaver," had died, Dow's management team has removed the statement.

On a typically busy Friday for streaming premieres, Apple presents the animated charmer "Luck" and Hulu offers "Prey," an intriguing twist on the "Predator" franchise set among 18th-century Comanches.

Bonnie Raitt tried to stay busy during the coronavirus pandemic, but she says nothing compares to the thrill of performing live.

Something to talk about? How about Bonnie Raitt's Lifetime Achievement Grammy Award? She's one of the most celebrated performers in the music industry.

Bonnie Raitt's 21st studio album, "Just Like That," addresses issues close to her heart -- including the loss of friends due to the cornavirus pandemic.