Philadelphia Flyers defenseman Egor Zamula in action during a preseason game in September. 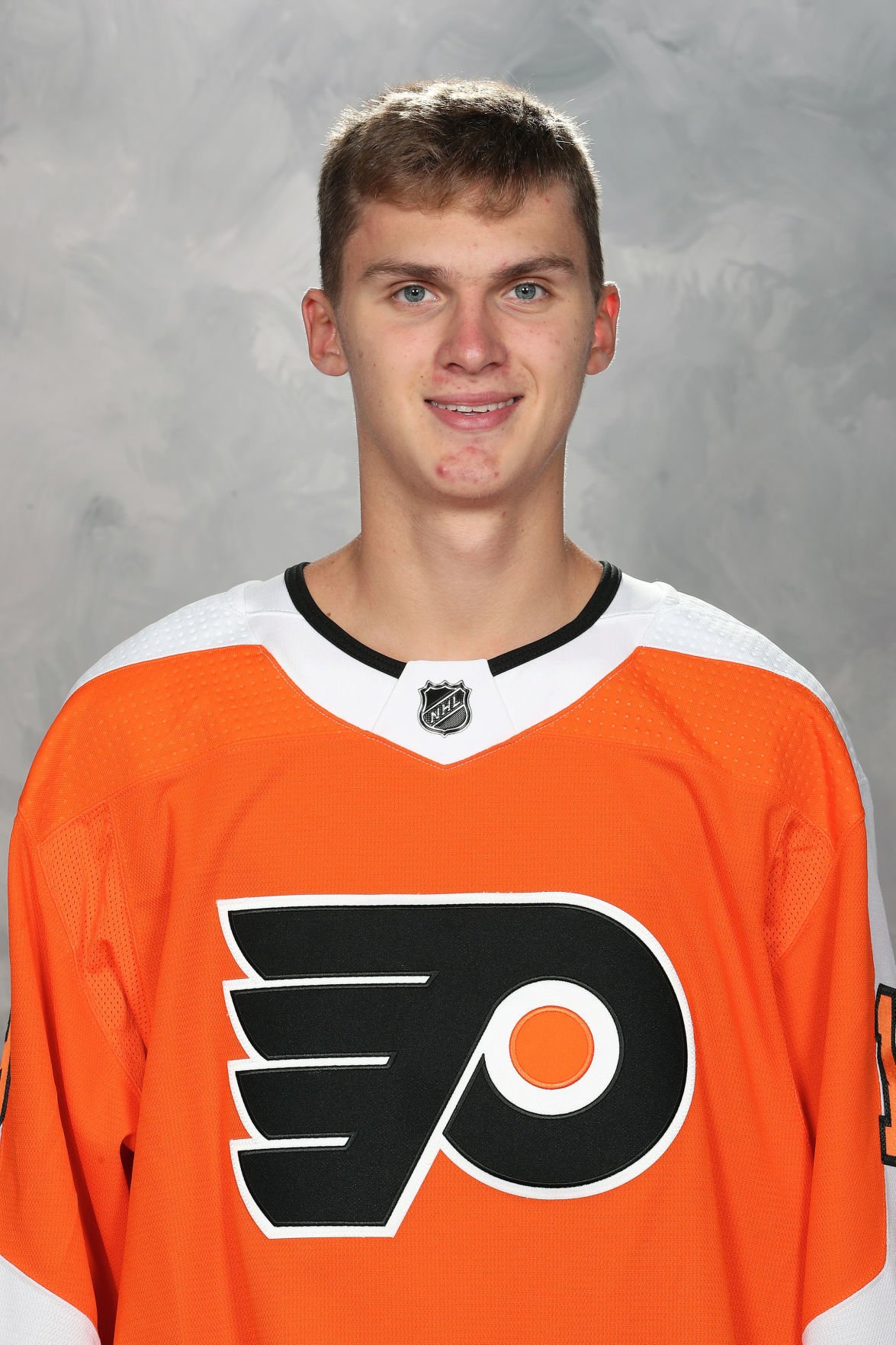 VOORHEES, NJ - JUNE 24: Yegor Zamula of the Philadelphia Flyers poses for his official headshot for the 2019-2020 season on June 24, 2019 at the Virtua Flyers Skate Zone in Voorhees, New Jersey. (Photo by Len Redkoles/NHLI via Getty Images) *** Local Caption *** Yegor Zamula

Philadelphia Flyers defenseman Egor Zamula in action during a preseason game in September.

VOORHEES, NJ - JUNE 24: Yegor Zamula of the Philadelphia Flyers poses for his official headshot for the 2019-2020 season on June 24, 2019 at the Virtua Flyers Skate Zone in Voorhees, New Jersey. (Photo by Len Redkoles/NHLI via Getty Images) *** Local Caption *** Yegor Zamula

On Tuesday, he found himself playing in an exhibition game against the two Pittsburgh Penguins stars.

The minute he stepped on the ice, “I felt like I was still in a video game,” he cracked from Toronto on Wednesday morning in a conference call in which Slava Kouznetsov, the organization’s skating coach, translated his Russian into English. “It was really exciting and a good experience.”

Zamula, known to his teammates as “Z”, made a mistake or two, but he was mostly solid in the 3-2 exhibition victory.

It was his first game since he had back surgery in January.

“Man, this kid’s got some skill and confidence with the puck,” veteran defenseman Matt Niskanen said after Wednesday’s practice in Toronto. “You can see he’s got the potential to be a player. Probably just needs some reps at higher speed and with the big boys. He’s going to be a good one.”

The 6-foot-3, 177-pound Zamula, signed as an undrafted free agent in 2018, said that fellow Russian Ivan Provorov is his role model and that he received lots of advice from the Flyers’ defenseman in Tuesday’s game.

“He’s a great kid, he wants to learn,” Provorov said. “I just told him to be himself and don’t think too much. Just play your game and enjoy every shift and try to learn on every shift.”

Zamula, who figures to play with the AHL’s Phantoms next season, is probably ninth on the Flyers’ defensive depth chart, but he has the ability to quickly climb. He says he needs to gain some weight and muscle and improve his skating before he is ready to be a full-time NHL performer.

“He’s only going to get better and better,” Provorov said.

The Flyers will start the three-game round-robin tournament by facing Boston at 3 p.m. Sunday. The tourney also includes Washington and Tampa Bay next week.

“We have three important games in front of us,” coach Alain Vigneault said after what he called an “intense” and “challenging” practice Wednesday in Toronto. “We’re going to play them obviously to win, but also to prepare our team for the first real playoff game.”

He said the next three games will help him make decisions on his playoff lineup.

“We’re trying to improve our seeding, but at the same time, we’re also trying to get ourselves ready for that first (playoff) game,” Vigneault said.

Notes: As expected, goalie Carter Hart will start Sunday against the Bruins, Vigneault said. He stopped 11 of 12 shots in two periods Tuesday.

Vigneault said Brian Elliott, who also was sharp Tuesday, will start one of the round-robin games.

Scott Laughton, who scored in overtime Tuesday on a breakaway, was again used as the second-line left winger at Wednesday’s practice. Kevin Hayes and Travis Konecny were also on the unit, which was the Flyers’ best line in the win. ... The Flyers were off Thursday, then will have two practices before facing Boston. ... Vigneault liked the play of his special teams in the win over the Penguins. The penalty kill was 3-for-3, and the power play was 0-for-1 but created momentum with several scoring chances.