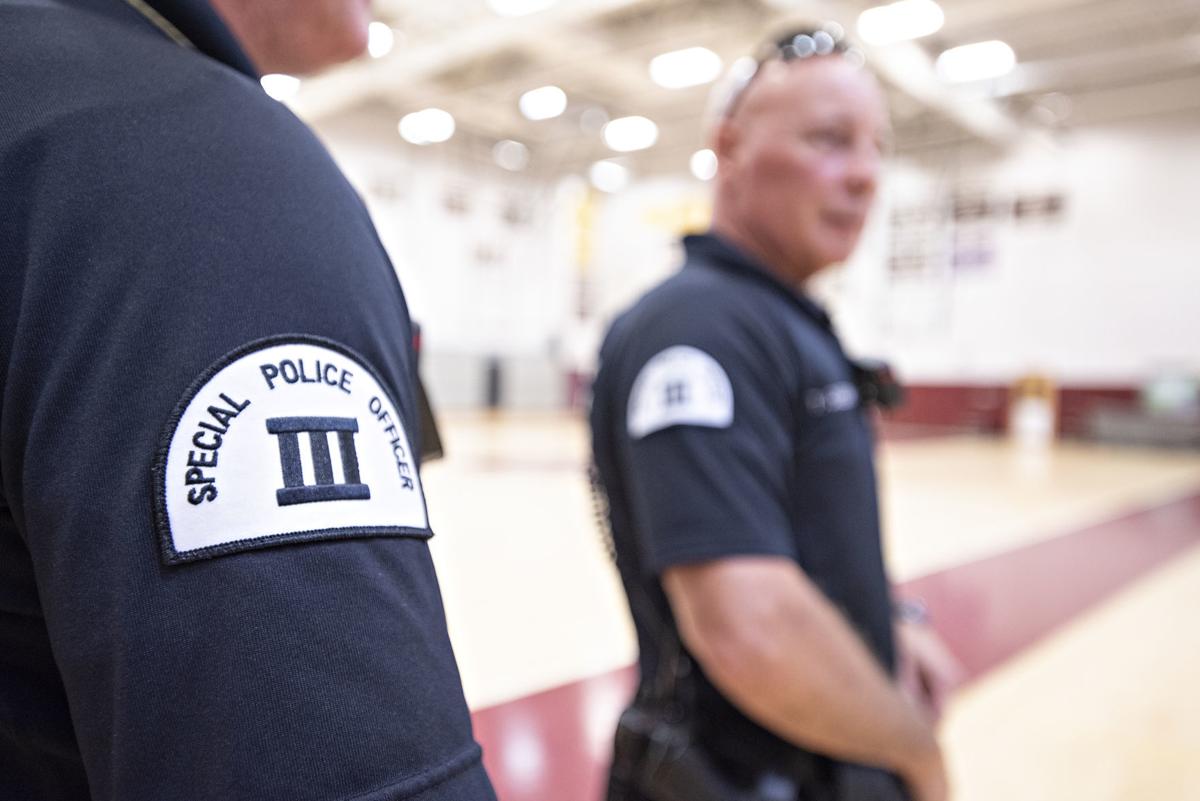 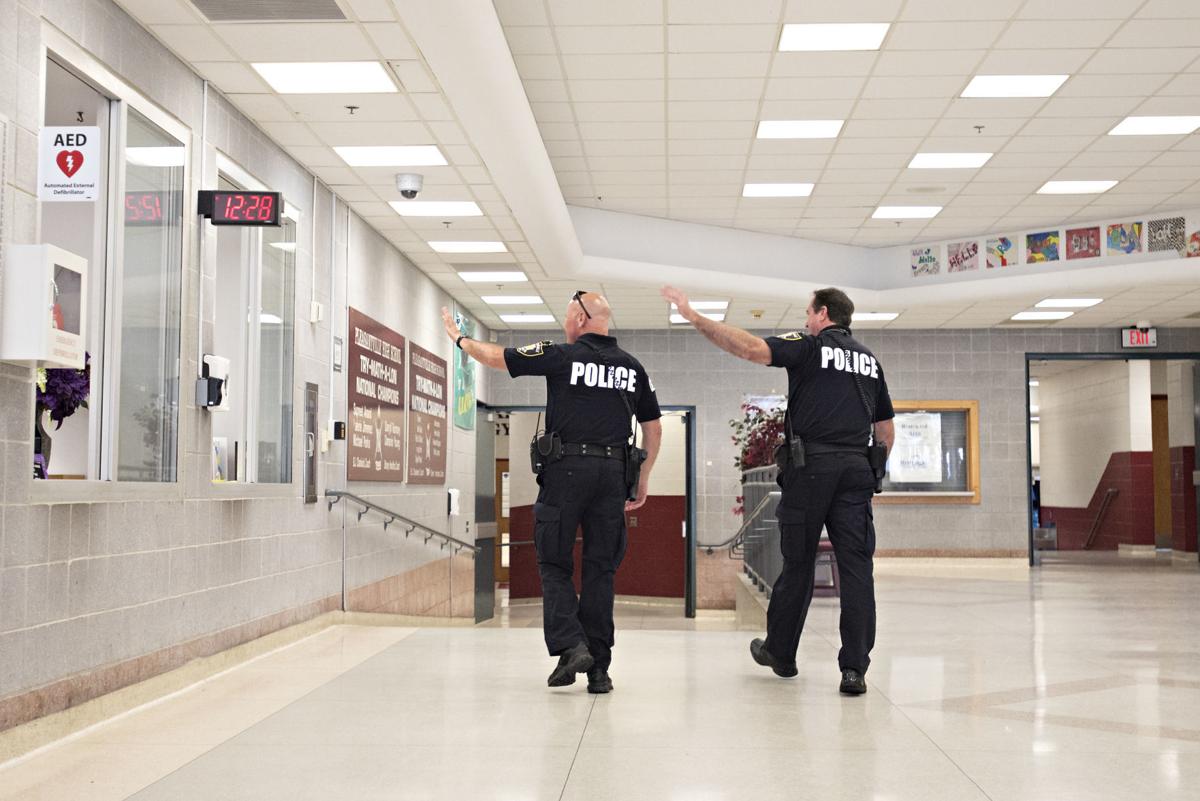 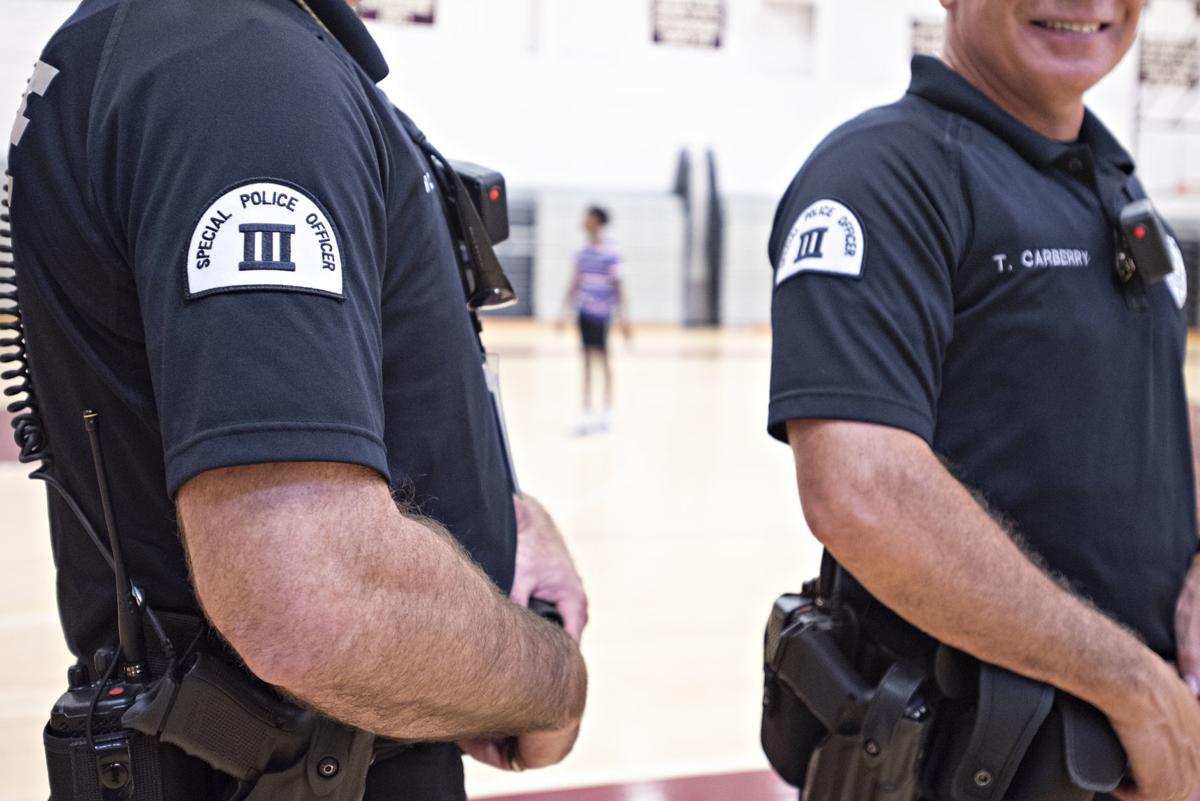 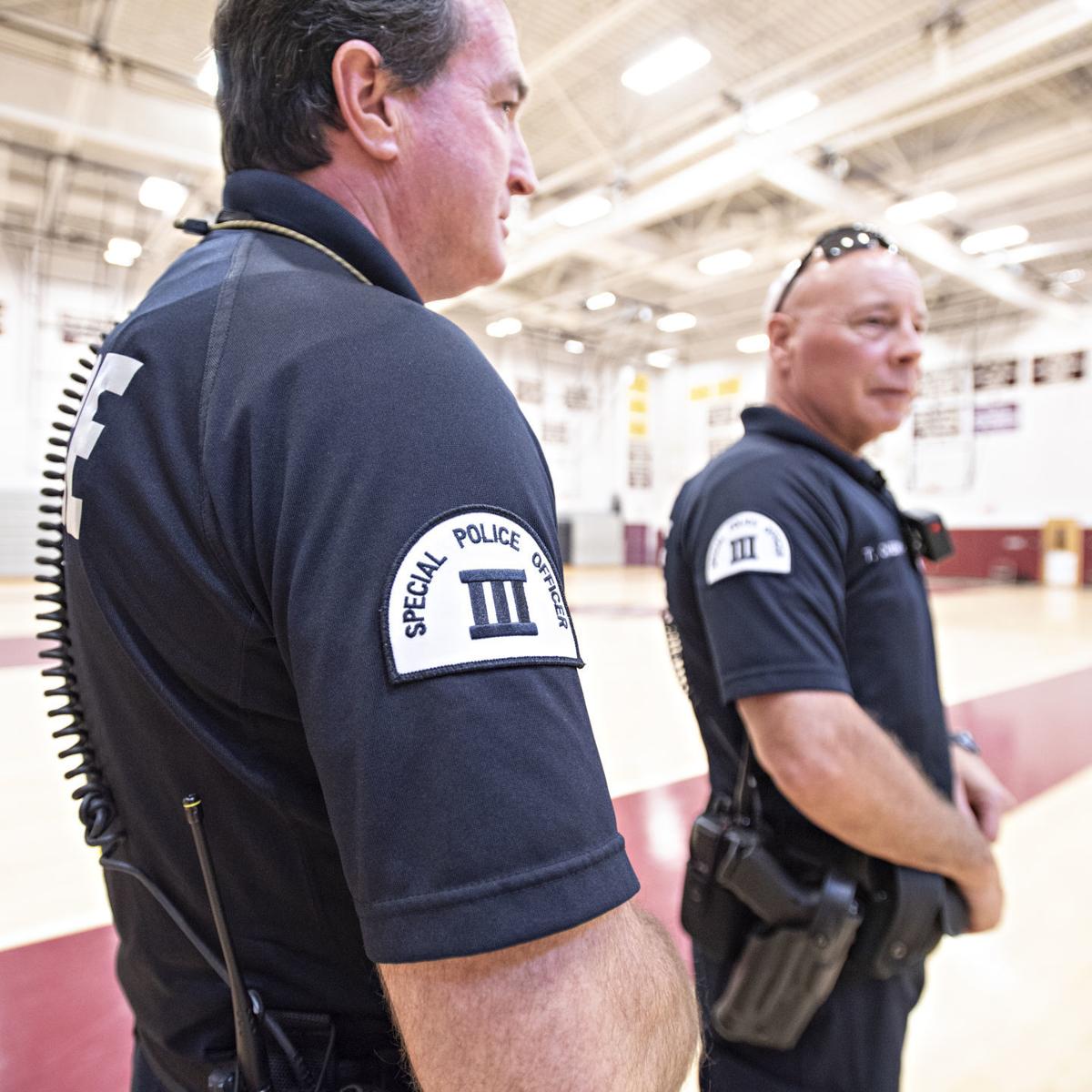 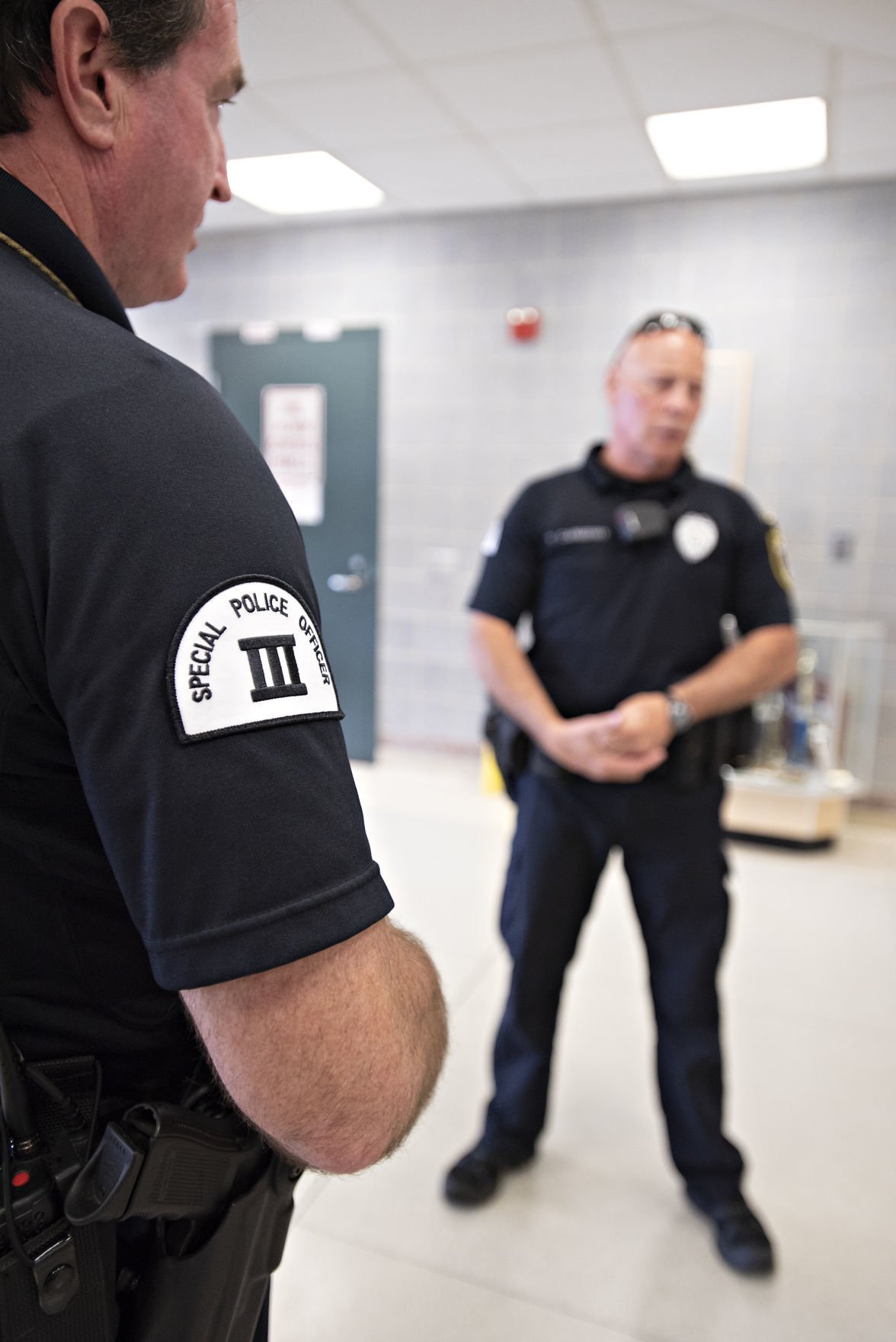 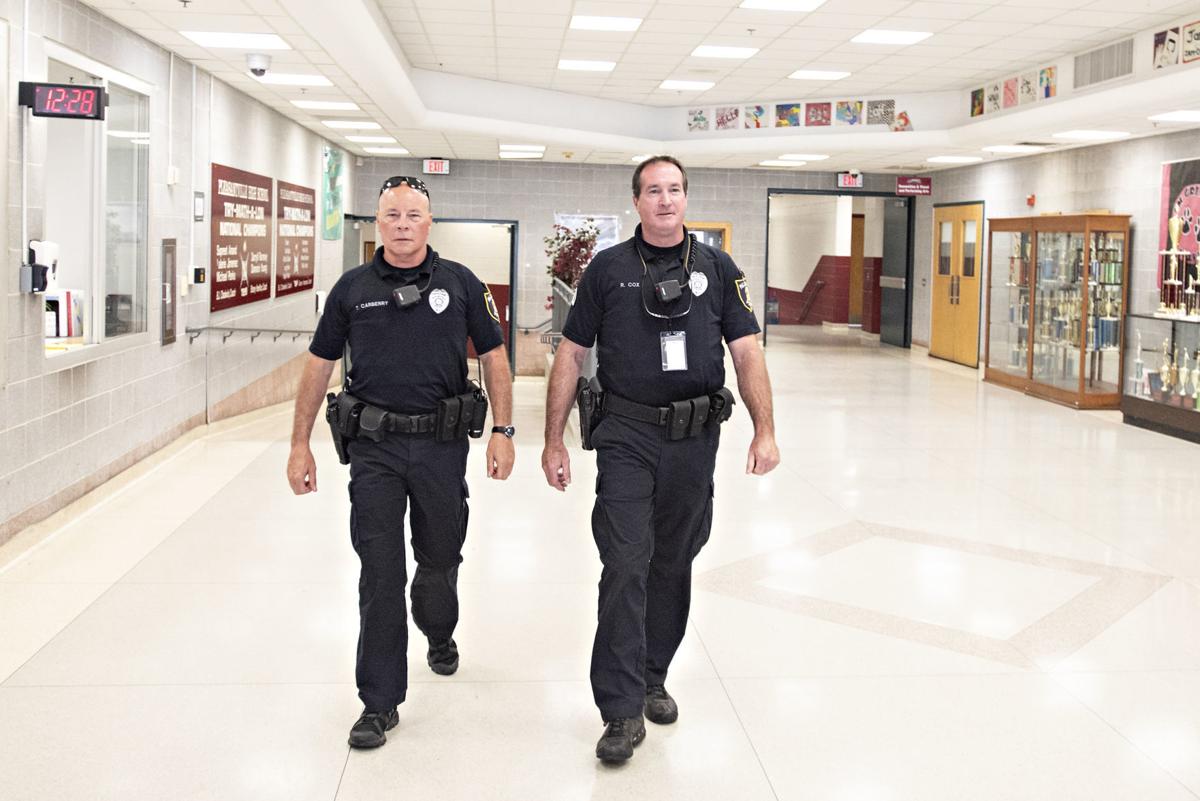 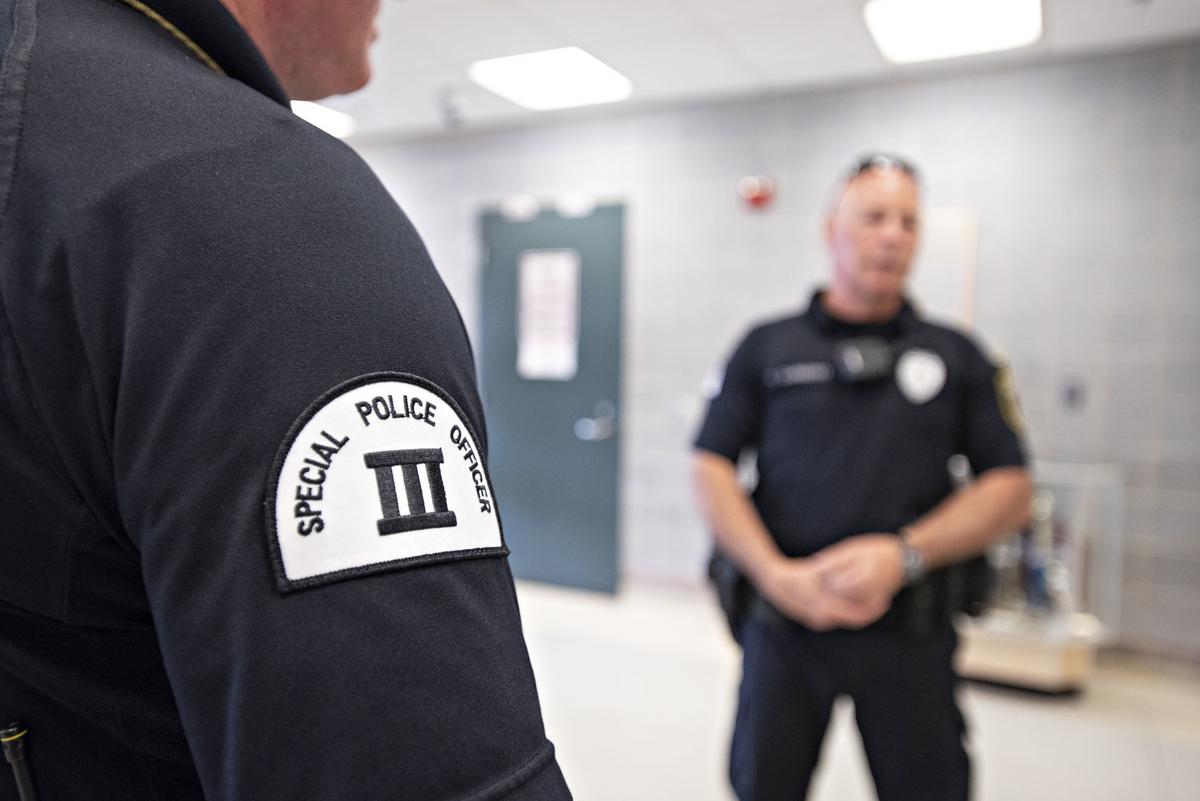 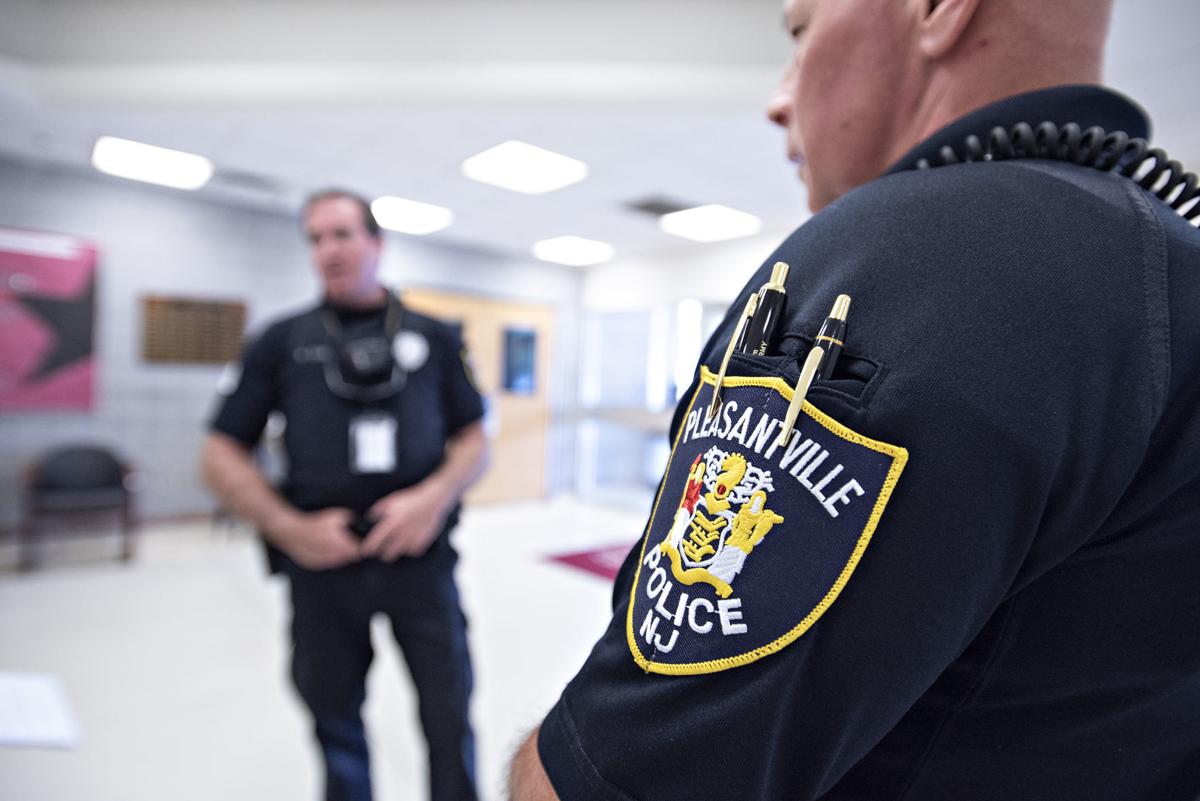 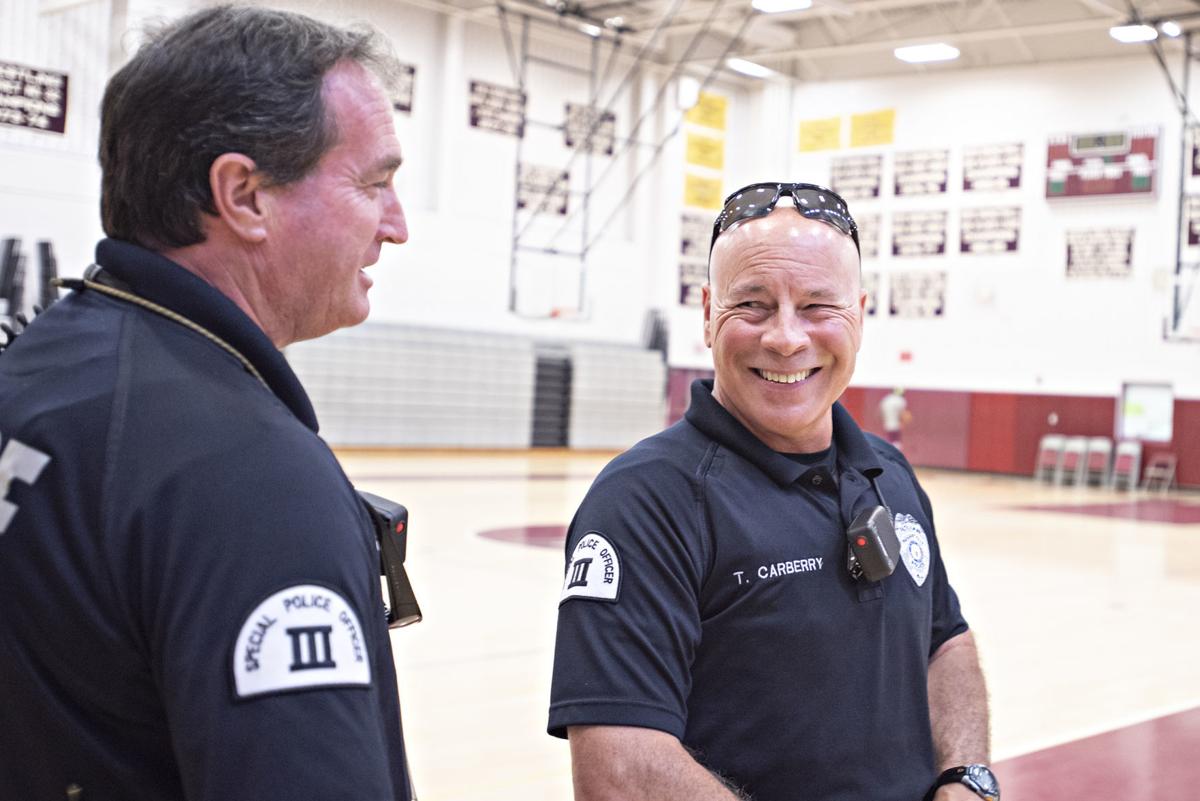 Class III School Resource Officers Ray Cox, left, and Tommy Carberry came out of retirement to patrol in the Pleasantville School District along with Louie Ruiz, a former chief in Pleasantville. 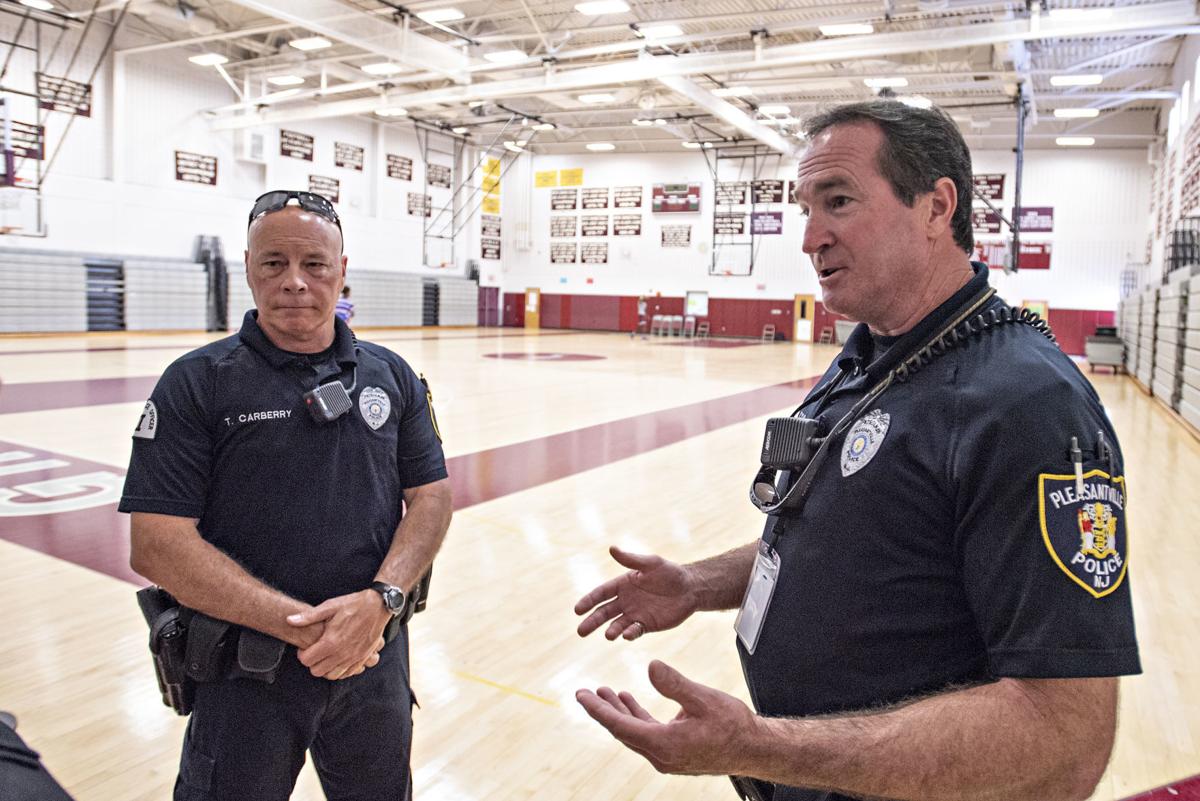 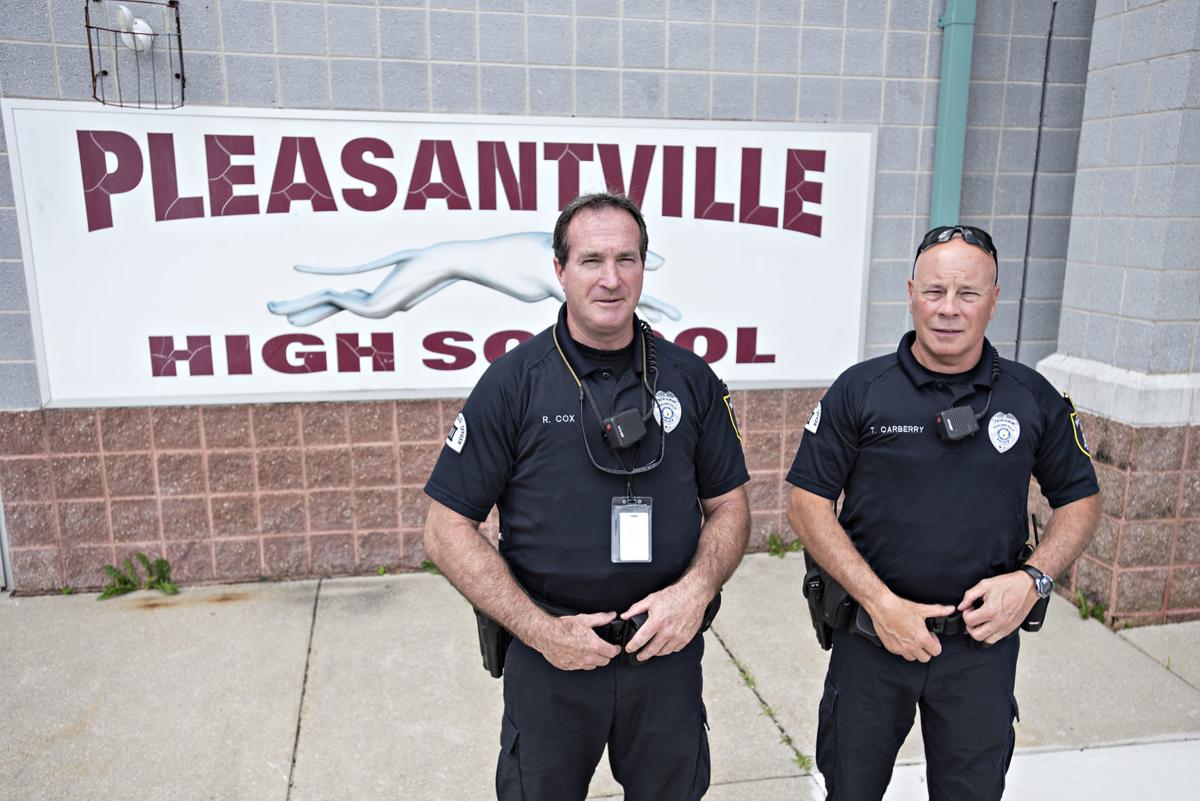 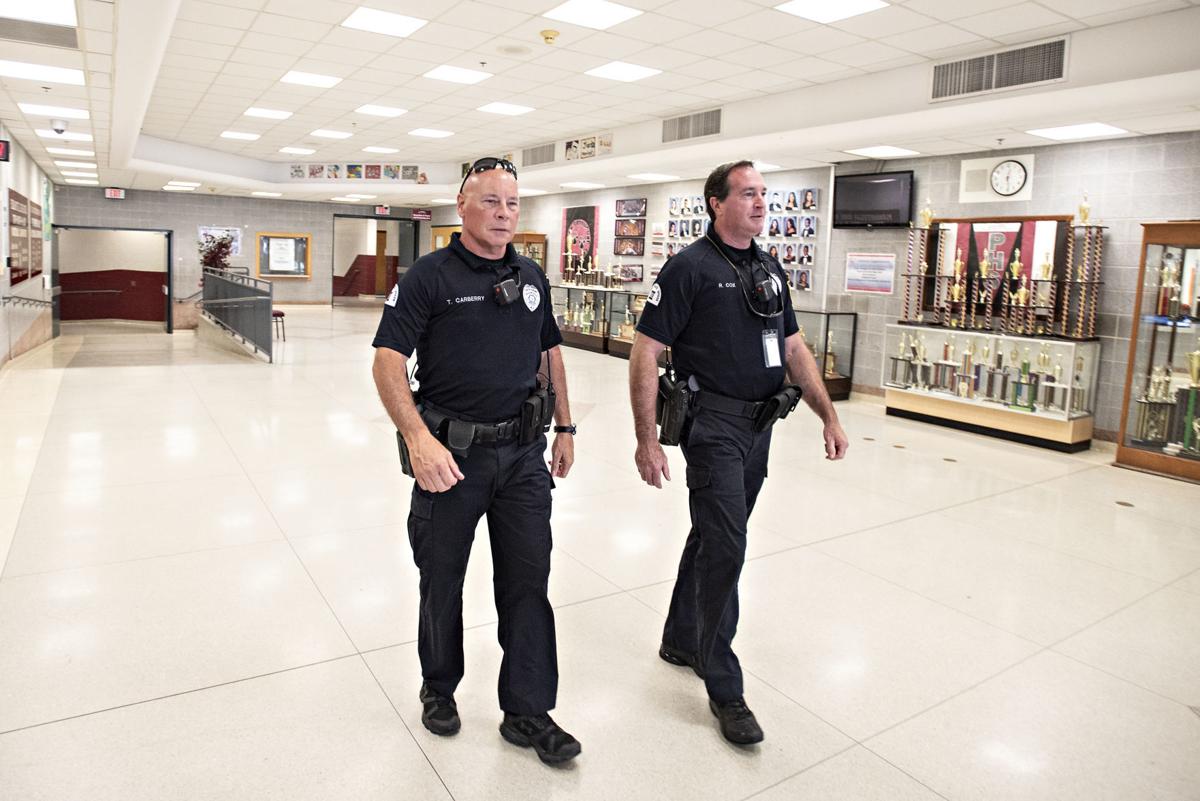 Class III School Resource Officers Ray Cox, left, and Tommy Carberry came out of retirement to patrol in the Pleasantville School District along with Louie Ruiz, a former chief in Pleasantville.

“This works all the way around, for the city, the school and the police de-partment,” Carberry said.

Deadly mass shootings have put into focus school safety initiatives across the country. Many ideas have been floated, from arming teachers to armed security guards to ways to secure building entryways.

As New Jersey’s Class III officer statute enters its second year, more school districts are signing on to the program, which local police think will eventually become a national standard.

Bill by local legislators to require Narcan in schools advances

“I think New Jersey was ahead of the curve on this one,” said Ray Cox, one of three Class III officers in the Pleasantville School District, along with Carberry and Louie Ruiz, a former chief.

Most recently, the Egg Harbor Township School District approved a shared-services agreement with the municipality at its June meeting for a Class III officer. According to Mayor James “Sonny” McCullough, Township Committee has sent back the agreement with changes and it awaits approval.

McCullough said he supports the idea.

“We’ve been working on it for quite some time, and we’re really pleased that the school board has made a decision to utilize our department. I think it’s a wise thing,” he said.

Cox, a former captain in the Brigantine Police Department, where he worked for 28 years, said Class III officers are doing the same job as private school security and then some. Between the three of them, the Class III officers at Pleasantville High School have almost 100 years of policing experience.

The Class III program was initiated through legislation signed into law in late 2016 by then-Gov. Chris Christie and allows retired police officers to work in schools while still being employed by the department.

The officers are not eligible for pension or health benefits, and their salaries are much lower than standard officers, said Chief Sean Riggin of the Pleasantville Police Department, which was one of the first in the state to hire Class IIIs.

“The most you’re going to spend for a full-time Class III officer is $40,000,” Riggin said. “It’s a much easier lift itself to the city.”

“Our high school gets a bad rap, and people think there’s a lot more going on there than there actually is, but there are incidences of fights and drugs,” Riggin said.

He said sending an officer to the high school would take an officer off the street, “and the responding officer has no idea the context and nuance of working in an educational setting, which is entirely different than what a police officer normally does.”

“They’re only ever dealing with our three officers,” he said.

LAKEWOOD, N.J. (AP) — Another student is facing weapons charges after a loaded gun was broug…

“Of course it’s safety and security, but one of the things we wanted to look at is how do we build better relationships between our students and law enforcement,” Marrone said.

Due to the success of the first year, Mainland is adding a second Class III officer for next year to cover afterschool activities. Marrone said Officer Belford Rivera is retired from the Hamilton Township Police Department and currently employed by the Linwood Police Department. He said Rivera mentored and assisted the students throughout the year.

“He’s become a fixture in the building,” Marrone said. “When I ask students about him, you hear, ‘He’s here to keep us safe.’ It’s not this negative connotation.”

Marrone said Rivera also assists in emergency and crisis planning. The Class III officer is in addition to the unarmed security the district maintains.

While nearly 3,000 high schools and colleges across the nation participated Friday in the Na…

Some focused on school security, others on mental health and some on gun control, but for th…

How do schools use violence data to address student behavior?

WEST DEPTFORD, N.J. — A grand jury has indicted a New Jersey police officer who prosecutors say schemed to get an offender into a drug rehabil…

During the summer between high school and college, about one-third of students will miss letters that come in the mail or deadlines to file ap…

Layoffs latest in long story of turmoil for Pleasantville schools

PLEASANTVILLE — Leadership turnover and alleged financial irregularities have long plagued the Board of Education, which voted Tuesday night t…

PLEASANTVILLE — Latrell Townsend said students in the school district know when something is amiss, so he wasn’t surprised when students and s…