Even if schools reopen to in-person education in September, some parents in South Jersey say they will not be sending their children back out of concern for their safety as the COVID-19 pandemic lingers.

“My daughter is not going back to school until more things open. If the movie theater that seats 100 is still closed for safety, then why should I be OK sending my daughter to a school with over 1,000 kids and staff?” said Melissa Reichman, 37, of Mays Landing.

According to recent national polls, many American parents are split on the subject, finding there is no good answer on how to handle the issue of back-to-school.

The National Parents Union organization, which polled weekly between April and June, found that as of June 15, 54% of respondents believed schools should remain closed until they are certain there are no health risks. An Axios poll from mid-July showed 71% of parents perceived sending their children back to school in the fall was a risk to their health and well-being.

And a poll from EdChoice in June found more than one-third of respondents would choose an online-only option for their children’s education come September, while 25% were either “not that likely” or “not at all likely” to choose online or virtual learning.

Parents allowed to opt out of in-person education in fall, 'high-risk' sports to resume

Reichman, a mother of a 16-year-old in high school and a 19-year-old in college, said she was glad to hear about Gov. Phil Murphy’s announcement Monday that parents can opt out of in-person school in the fall even if their district decides to open, with guidance expected later this week.

Schools, which have been closed since mid-March due to the pandemic, were given the go-ahead to begin making reopening plans late last month after the Department of Education released its “Road Back” guide. The 100-page document included many social distancing and safety requirements as well as optional expanded measures to ensure the safe return to school, but allows each district the flexibility to make its own plan.

But last week, Marie Blistan, president of the New Jersey Education Association union, expressed uncertainty over a return to the classroom as the virus continues to spread rapidly in other parts of the country.

Blistan told NorthJersey.com on Friday she didn’t think schools would have enough time to plan. In an interview with New Jersey News Network, NJEA Secretary Steve Beatty said that there was also a concern about if enough teachers would return to school.

Parents locally cited varying reasons they do or don’t want to their children back in school buildings, including health and safety concerns, educational outcomes, socialization and an inability to work from home, or to work from home and teach at the same time.

Antonella Marmo, 33, of the Smithville section of Galloway Township, said she is sending her kids back to school “even if they are the only kids in the class.” 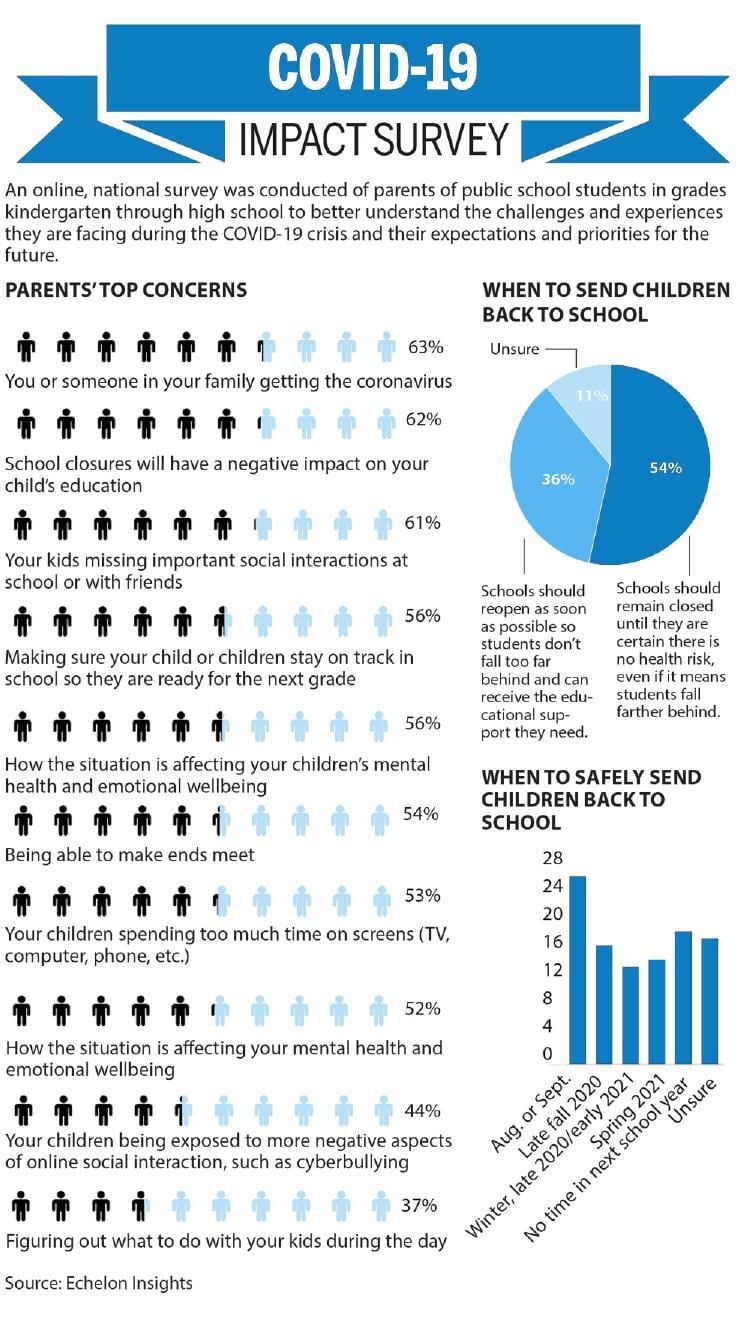 “This would be their first year for my kindergartner and pre-K. They are so excited to be on the bus, to go to school and make friends,” said Marmo, a mother of three. “Life has to go back to normal. We can’t have children in a bubble forever.”

Stacy Lee Ng, 35, of Egg Harbor Township will also send her two school-aged children to school in the fall. She said she wants to see extra sanitization at the school buildings and more safety precautions.

“If a teacher witnesses a child who looks ill, send them home. Parents, as well, if your child is home and sick you should not send them to school. These are very simple common sense ways to prevent illnesses from spreading,” Ng said.

Kimberly Little, of Egg Harbor Township, said she will send her 10- and 13-year-old children back to school buildings if the option is available but would prefer a hybrid plan with some at-home learning.

“I think remote learning improved as time went on, but as I stated before, there is no replacement for in-person. It was difficult to hold my children to a set schedule when you had to work from home also,” Little said.

Melissa Allen, 32, of Egg Harbor Township, said she is not comfortable sending her 5- and 6-year old children to school in the fall.

“I don’t feel the schools can keep up with the demand of cleanliness with having so many young children in one area,” Allen said. 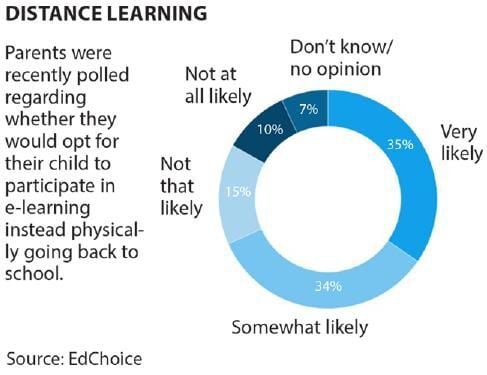 She said that although remote learning was difficult in the spring, she would rather continue that way, with some tweaks.

Shauna Schneeman, 25, of Folsom, said she never “in a million years” thought she would do homeschooling with her two children, but, because of the pandemic, she has pulled her son from the district and will handle his education in her own way.

Part of that decision was her experience with the virtual learning provided by the district in the spring, which she said left too much uncertainty.

“It basically was parent-taught, however we needed to answer to a teacher, do their activities when they wanted. I didn’t know what the lesson plan was until 9 a.m. every day, which to an early riser feels like the afternoon,” Schneeman said.

For Schneeman, the decision to home-school was made easier because she had already quit two of her jobs due to the pandemic.

“As soon as the school goes back to normal, they will go back,” she said.

GALLERY: Best of the Class of 2020 graduations in South Jersey

Visit The Press of Atlantic City Graduation Central for all of the latest on this year's Class of 2020 including photos, top students, speech …

TRENTON — All students must have the option to learn remotely in the fall, and schools must set clear procedures for families on how that will…

GALLOWAY TOWNSHIP — “It’s the things that you take for granted, that you don’t think about,” said Cyndi Gove, Stockton University’s project ma…

EHT presents preliminary plans for return to school in 2020-21

Teachers in Atlantic County are calling on the governor to halt plans for a return to in-person education this fall in favor of all-remote learning.

After months of waiting for their closing moment together, South Jersey’s high school Class of 2020 finally celebrated this week the accomplis…

Rowan College of South Jersey will hold classes remotely this fall, with the exception of those that require a hands-on component. At Atlantic…

TRENTON — Rising New Jersey seniors and juniors who lost out on academic, extra-curricular or athletic opportunities this spring due to COVID-…

NJ releases flexible guidance for schools to reopen in September

TRENTON — Teachers and staff in masks, more cleaning and disinfecting, and rearranged classrooms will be among the changes in place when New J…

With just two months to plan for the reopening of school buildings for the 2020-21 school year, districts say they have had their hands tied o…