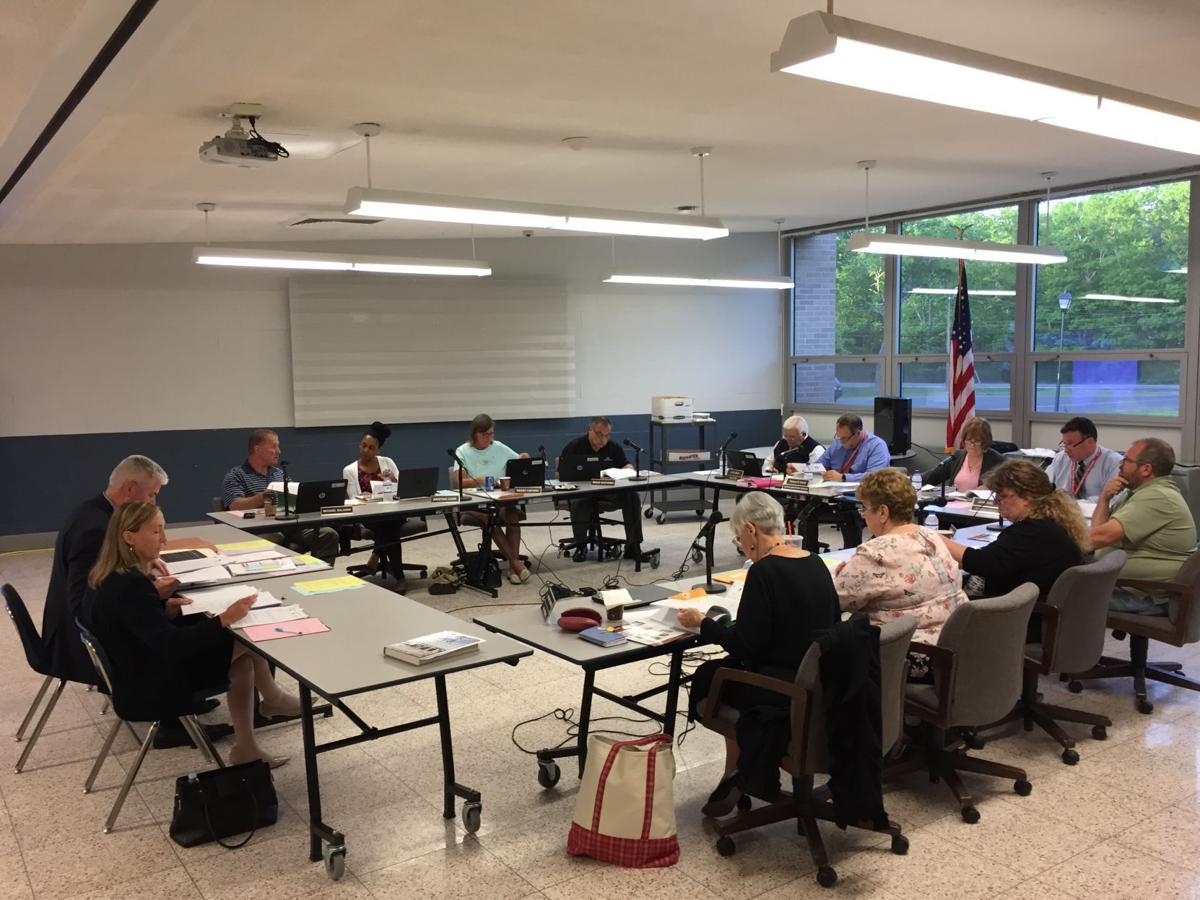 Atlantic County Institute of Technology Superintendent Phil Guenther and Business Administrator Lisa Mooney, at left, met in May with the Greater Egg Harbor Regional High School District board at Oakcrest High School to discuss tuition issues between the two districts. 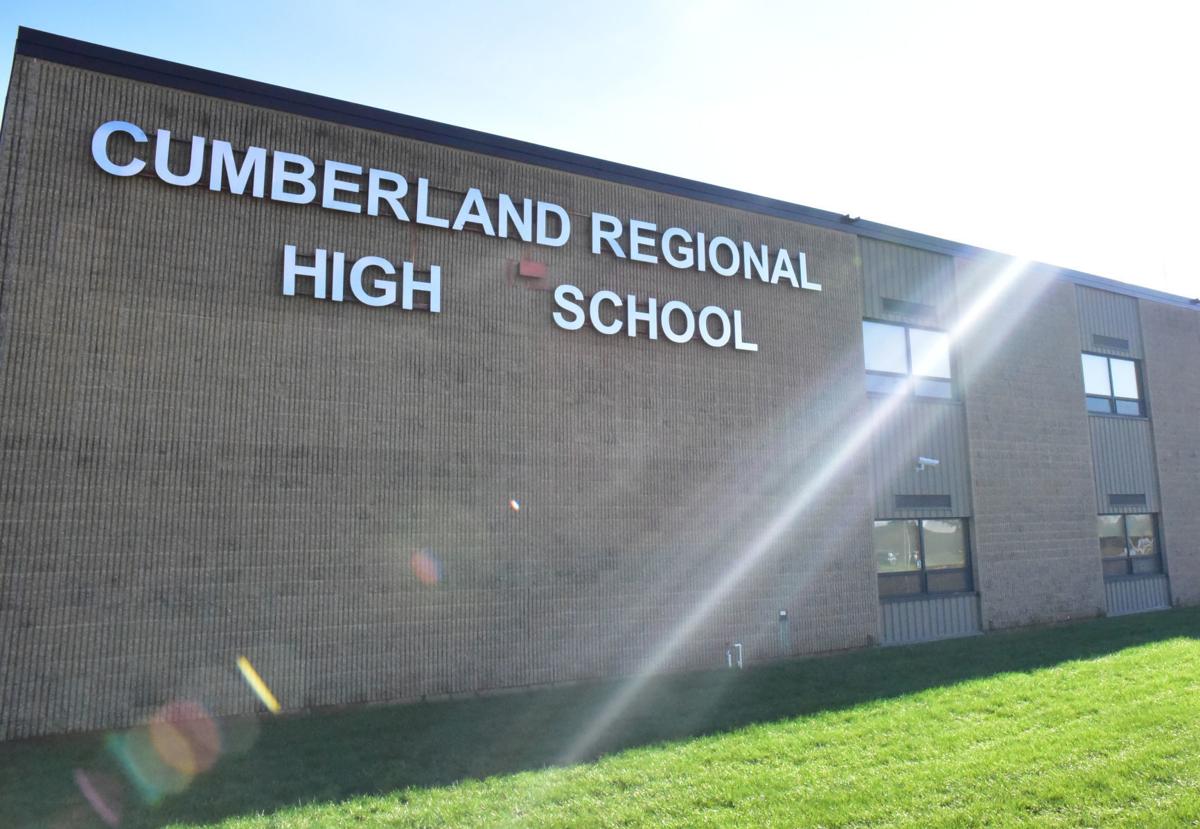 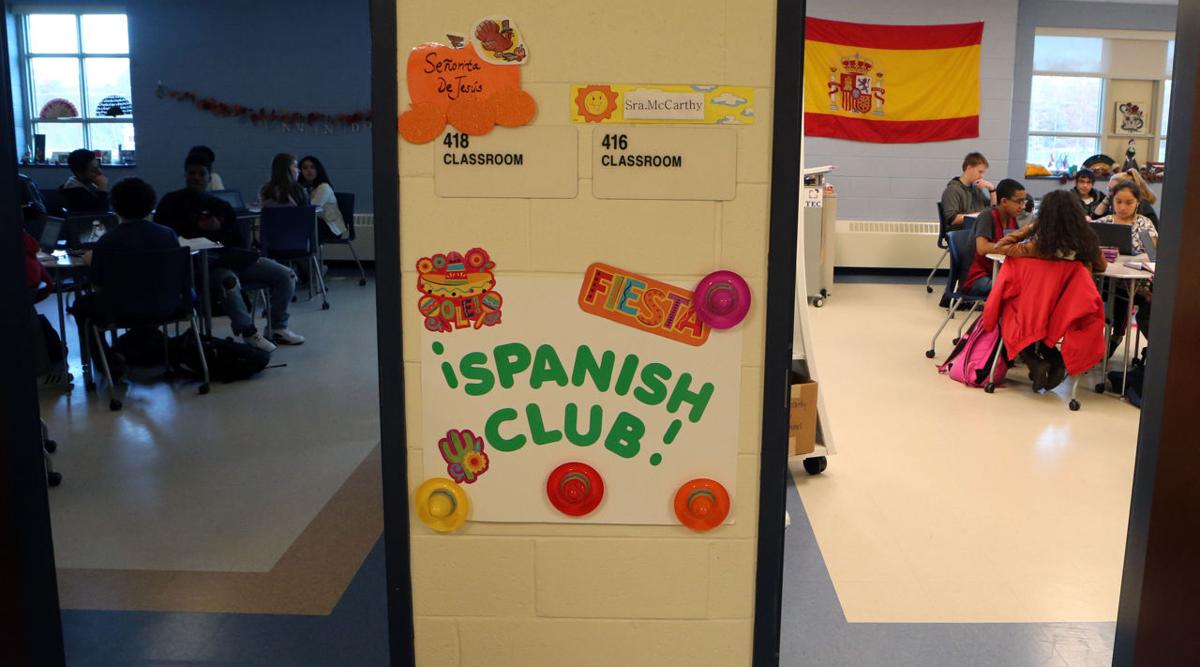 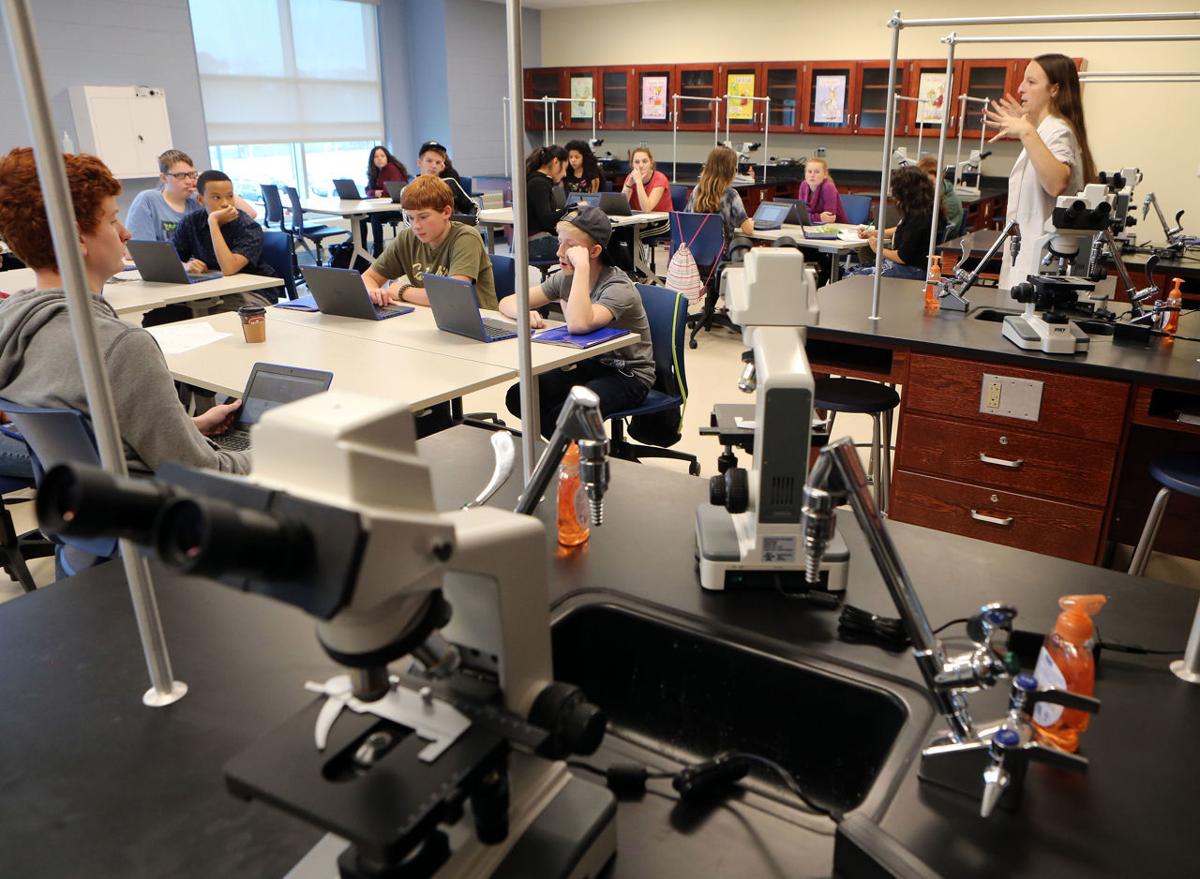 When Greater Egg Harbor Regional school officials began planning their budget for next year, there was one expense they couldn’t discount: $4.5 million in tuition and busing for the county vocational school.

That figure prompted a recent meeting between the two districts to hash out concerns. The result was Greater Egg board members learning that Atlantic County Institute of Technology didn’t have the same state-mandated limit on its budget increase by which the local districts abide. The tax levy cap for county vocational schools is applied only to the county budget, which funds a portion of the district, and not to the tuition it charges the local districts.

As enrollment and legislative support increase for career and technical education programs and state aid has remained stagnant, local school districts are burdened by increased tuition costs to pay for sending students out of district.

“For every student that chooses to go to the county vocational school, their home school loses that student in their enrollment count, which decreases the state funding to the home district, and the home district is responsible for paying full tuition costs to the technical school and transportation costs,” said Cumberland Regional High School Superintendent Steve Price.

Across the state, the 21 county vocational and technical schools are governed by legislation that requires them to open their doors to the residents of the county and requires the students’ home districts to fund the tuition and transportation to send them.

“It’s regulatory. The amount they can charge per pupil is their cost per pupil less state aid, county tax revenue and any other source of revenue,” Savage said.

The tension between the local districts and the county schools bubbled over this year when two lawsuits were initiated claiming the local schools were trying to deter students from attending the vocational schools in order to save money. Both were worked out through mediation.

“Our growth has been incremental since we completed the addition and went full-time,” he said. “It’s been based on demand.”

“I think parents, especially in Atlantic County, went through a very, very difficult time with the economic conditions in our county and would like to see their high school students focused on a career area,” he said, adding there is also interest from employers and unions in the students coming out of his program.

And it’s not as though ACIT isn’t deserving: According to budget figures released by the Office of Legislative Services last month, the district receives $14.6 million less in state aid than what it should receive under the School Funding Reform Act if growth limits and adjustment aid were not in place. Under those same “what-ifs,” CCTEC should receive an additional $4.8 million.

School districts figuring out how to handle losses, gains in state aid

The technical schools are not spending wildly on administrative costs, either. In fact, state data show that in most categories, ACIT’s per-pupil costs are below state average.

Savage said she is not hearing the same issues statewide that she hears in South Jersey between the local and county schools. She said the financial pressure schools are under for funding sources can add to the anxiety.

Chris Kobik is the superintendent at Lower Cape May Regional High School, which stands to lose funding under a proposal from Senate President Steve Sweeney to revamp the school funding formula. He said that loss of state aid, coupled with declining enrollment and increasing costs to the district for the vocational school, would be devastating.

The local superintendents spoke to the benefit that vocational schools provide in counties but say legislation continues to favor expansion of the vocational schools, including a proposed bond referendum in 2018 for hundreds of millions of dollars to expand the county schools. Kobik called it “shortsighted at best” because it lacks increased funds to the local high schools.

Kobik, Price and Greater Egg Superintendent John Keenan have all said vocational schools are so successful because they have the option to choose their students. Keenan previously compared it to being a private school operating with public funds.

Guenther said students should be able to choose a program that meets their needs.

“When we look at where a student enrolls in school, it should be guided by what is best for the student and the parent who is making that choice,” he said. “It’s probably an asset for the entire county that students and parents have choices.”

Kobik has been a proponent for school consolidation, but said the situation has not gotten to that level yet.

Price added a solution will only be found when all stakeholders sit down together. He said he saw consolidation as a possible solution.

“I would go to more county-based school districts so that we are sharing the advantages to all the students in the county, not just the cream of the crop that can pass the entrance exam to our county technical schools,” Price said.

How local vocational schools are funded

At Cumberland County Technical Education Center, which is continuing to expands as its adds additional grades each year and eliminate its shared-time program, enrollment will increase to 695 in 2018-19 from 607 in 17-18. There, the county tax levy has increased in the last few years as a revenue to the district, up more than $100,000 in the 18-19 budget to $2.5 million. The situation there is unique because CCTEC is adding grade levels. Next year’s tuition revenue is budgeted at $5.3 million and its state aid is budgeted at $4.3 million.

As budget tensions grow in Trenton, the state Senate is moving forward with legislation to rework the state’s school funding formula that has …

Changes to the School Funding Reform Act that would mean big increases for several Atlantic County school districts, but cuts almost across th…

New Jersey voters may be voting in November to allow the state to take out a $1 billion bond to pay for school projects, including expansion t…

For the second year in a row, school districts in South Jersey will have to scramble to make budget adjustments due to last-minute state aid changes.

A few months after hiring a new, shared superintendent, the Pinelands Regional School District is looking for a new business administrator, op…

NORTHFIELD — By the time Claire Sebastian was in eighth grade, she knew that she wanted to go into medicine.

WILDWOOD — He didn’t promise he could make any changes, but New Jersey Commissioner of Education Lamont Repollet did promise to listen Monday …

BRIGANTINE — As enrollment has dropped under 500 and state aid has decreased, one school may be all that’s needed for the island’s elementary …

Local and vocational school leaders are at odds again over planned growth at Atlantic County Institute of Technology, which draws enrollment a…

MAYS LANDING — The Atlantic County Institute of Technology is moving forward with plans for a $53.5 million expansion that hinges on the count…

Carlos Montanez never finished high school because of family obligations, but the 58-year-old Atlantic City resident is now preparing to get h…

An automotive shop owner, an ice sculptor and an international food distribution company were among those honored recently by county vocationa…

Atlantic County Institute of Technology Superintendent Phil Guenther and Business Administrator Lisa Mooney, at left, met in May with the Greater Egg Harbor Regional High School District board at Oakcrest High School to discuss tuition issues between the two districts.